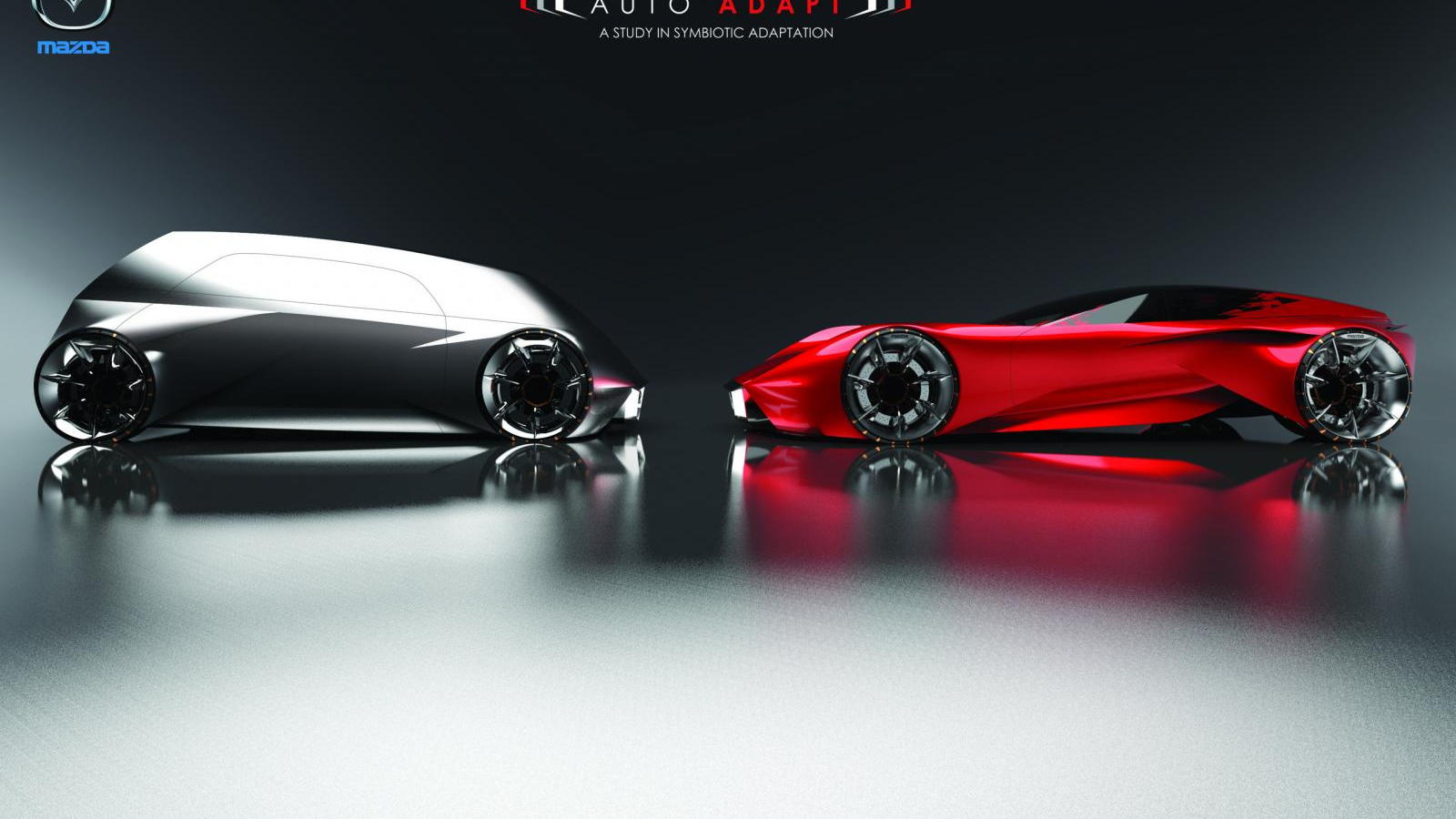 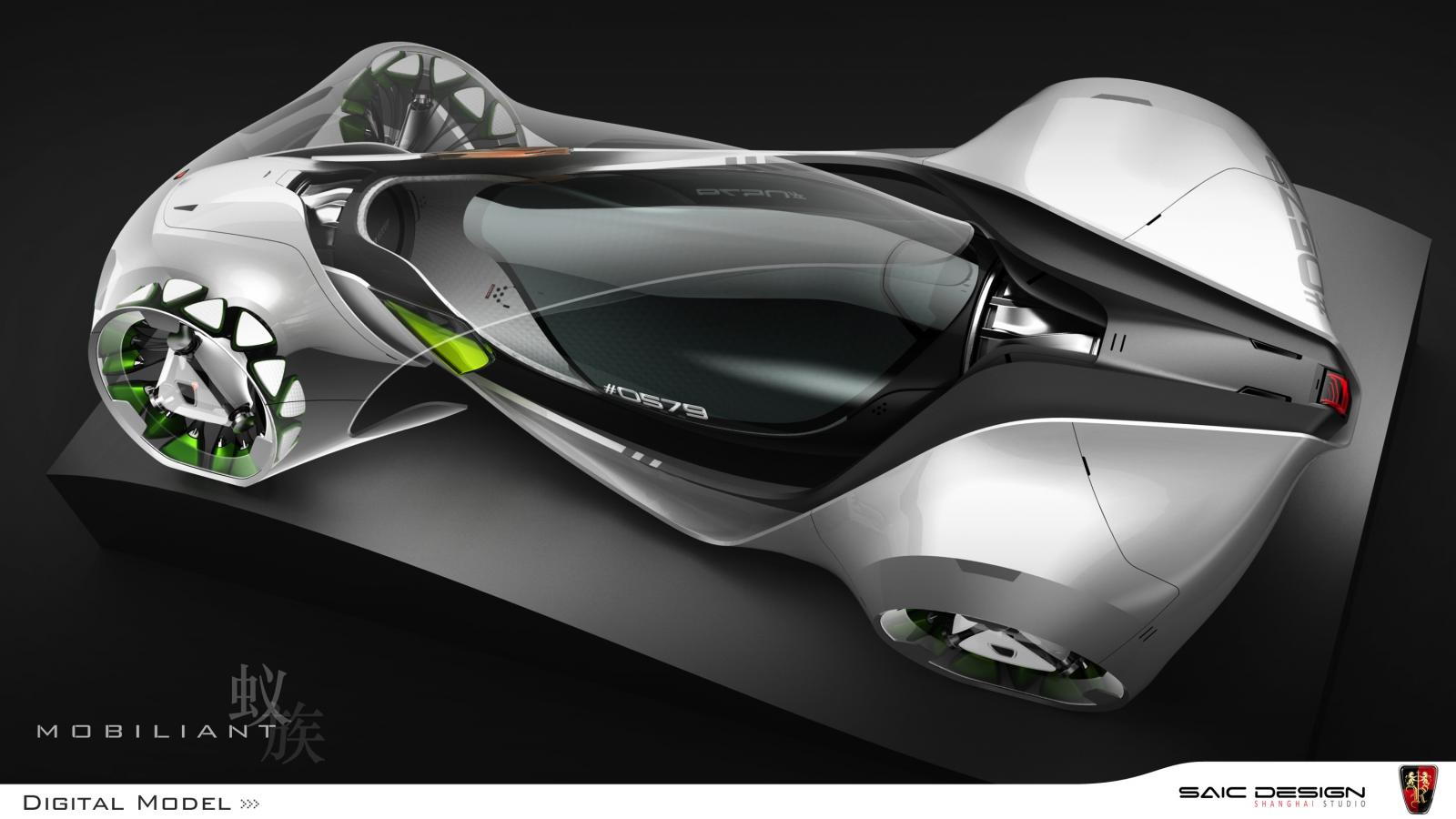 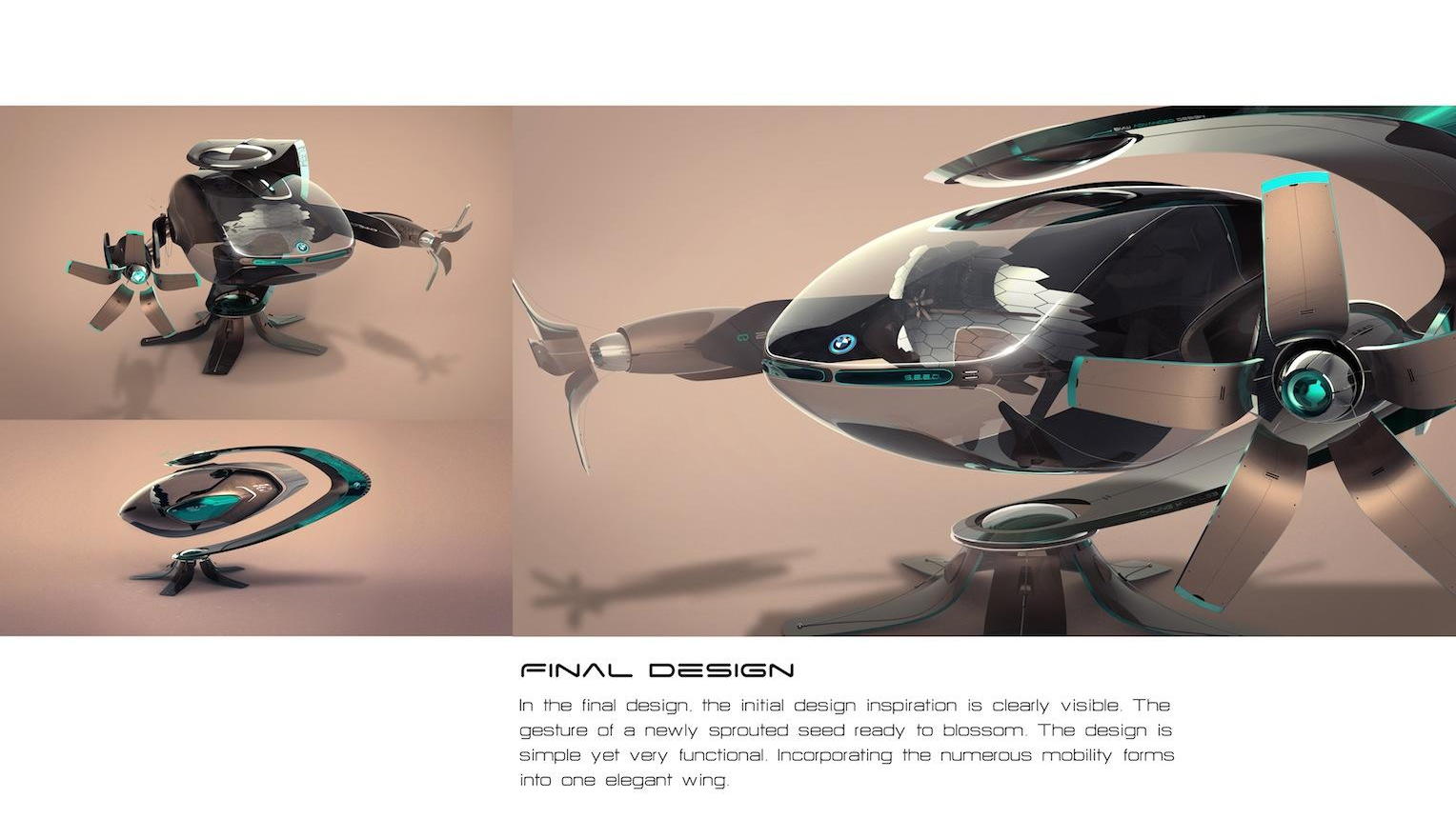 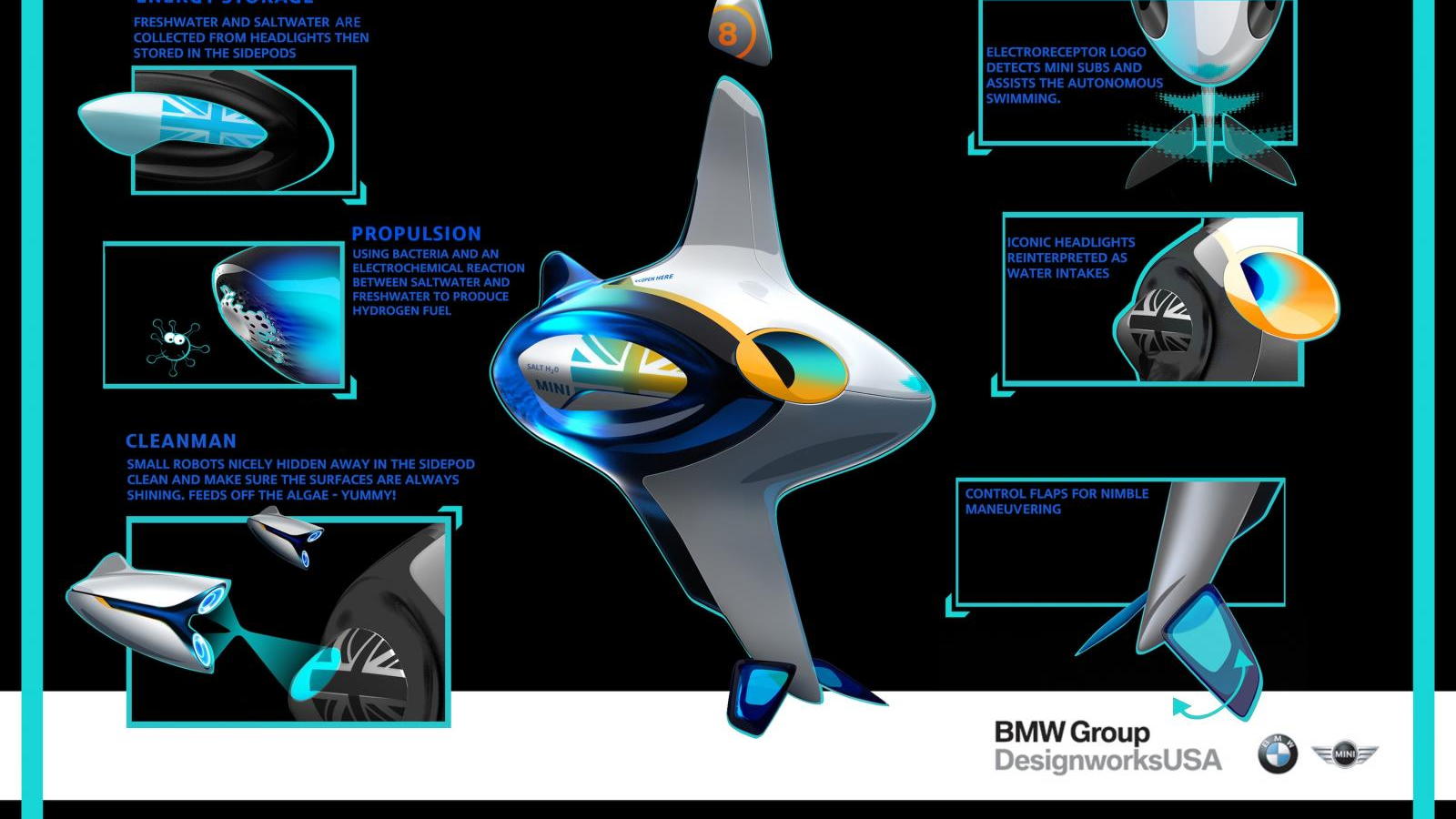 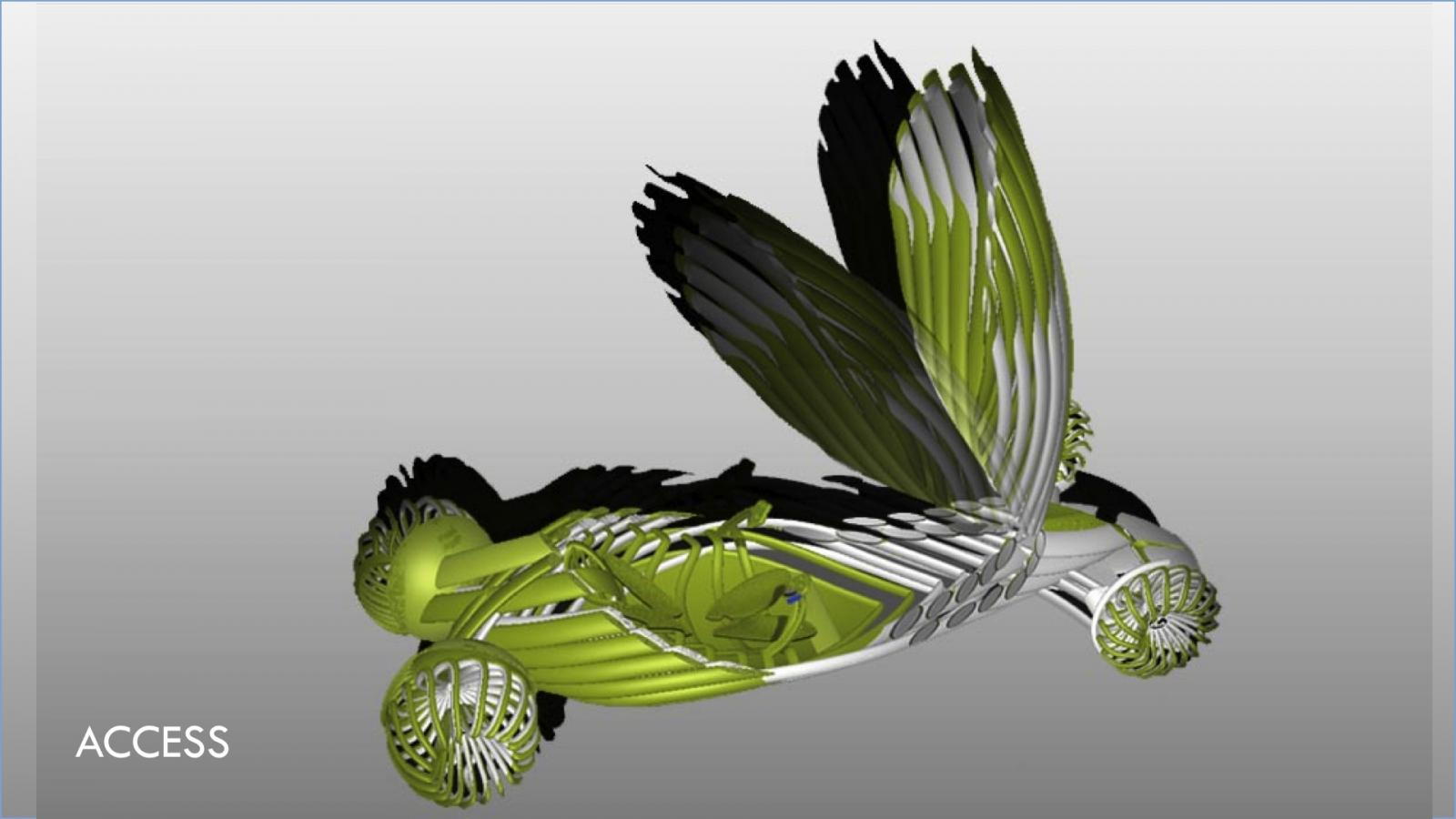 7
photos
The Los Angeles Auto Show Design Challenge has seen some truly unusual vehicles emerge in the past, from a re-imagined highway patrol Subaru to a wall-climbing Smart.

This year, twelve concepts have been submitted from auto design studios all around the world--including China, for the first time in the competition's history. Now in its tenth year, designers were tasked with the theme "Biomimicry & Mobility 2025 - Nature's Answer to Human Challenges". As well as taking inspiration from nature, each car had to address some of today's most pressing automotive issues--with congestion, pollution, sustainability and safety all at the top of the list.

BMW Group DesignworksUSA, based in the U.S, submitted two entries. 'L.A. Subways' is MINI-badged, inspired by swarms and the power network of cells, using waterways as an alternative Los Angeles commuting network. The other design, 'Sustainable Efficient Exploratory Device' or 'SEED', uses the maple seed as inspiration, with a multifunction rotating tail--capturing solar, wind energy and more.

Mazda Design Americas' 'Auto Adapt' entry is based on insect adaption to environment, and can adapt from autonomous to manual control. Mazda is very much playing the enthusiast angle with its entry, and hope for those worried by the onset of autonomous-only vehicles. JAC Motors in Japan has come up with 'HEFEI' (Harmonious Eco-Friendly Efficient Infrastructure), a system promoting symbiosis of vehicles and infrastructure--with idle vehicles powering moving ones, and automated traffic regulation.

A top panel of automotive and industrial design judges will assess each entry before choosing a winner, the results of which are revealed on Thursday, November 21. Final concepts will be displayed at the LA Auto Show's new Design Gallery--ready for the show's first press day on November 19.