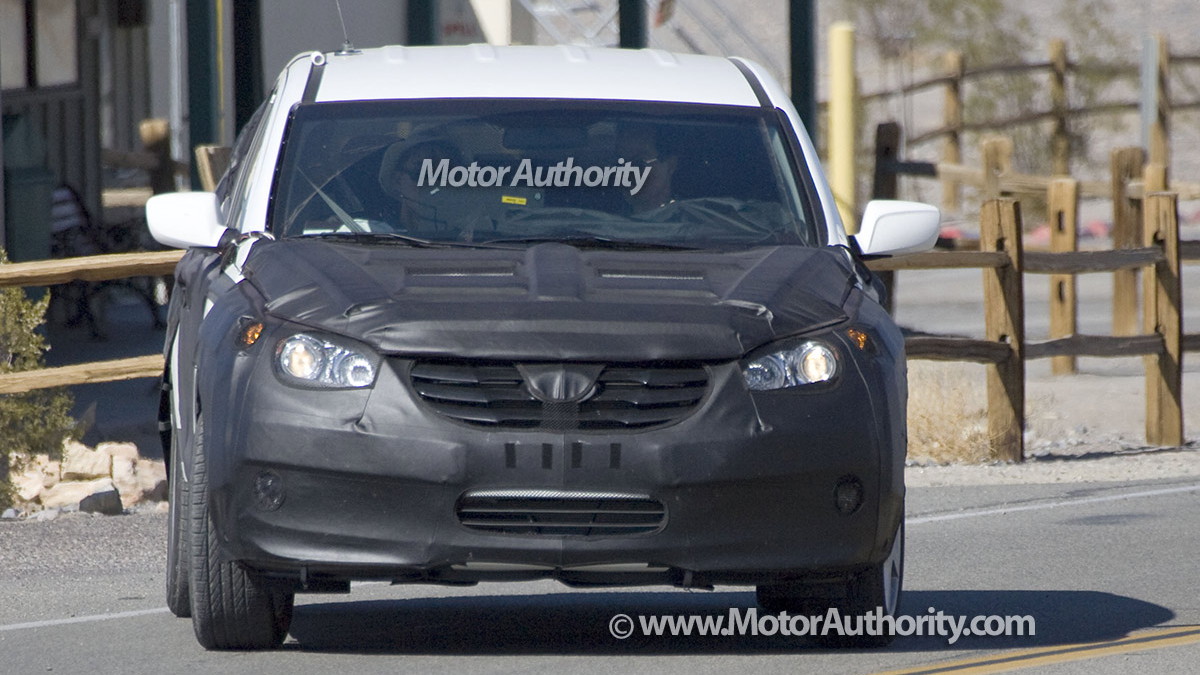 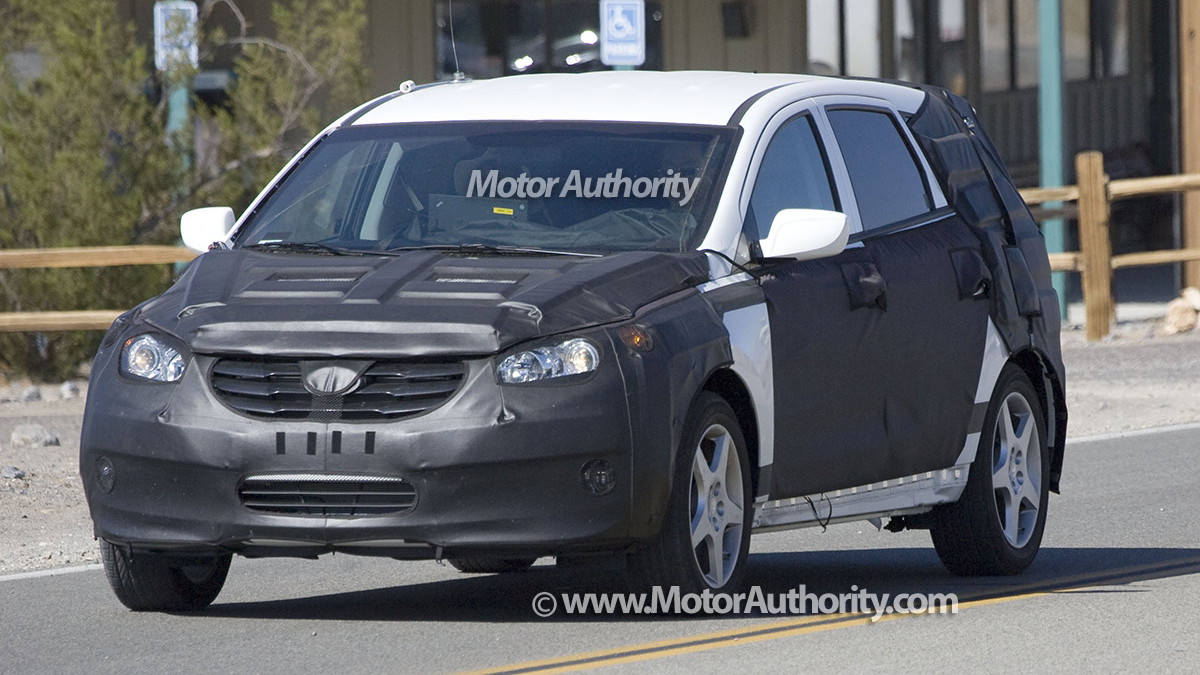 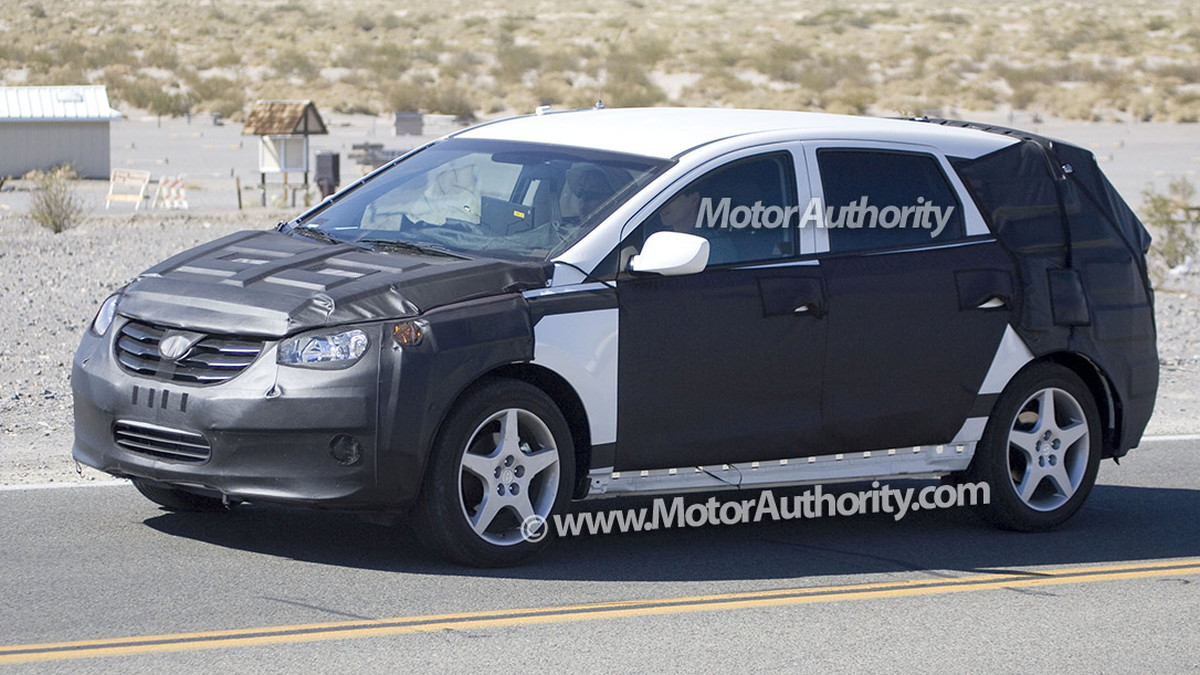 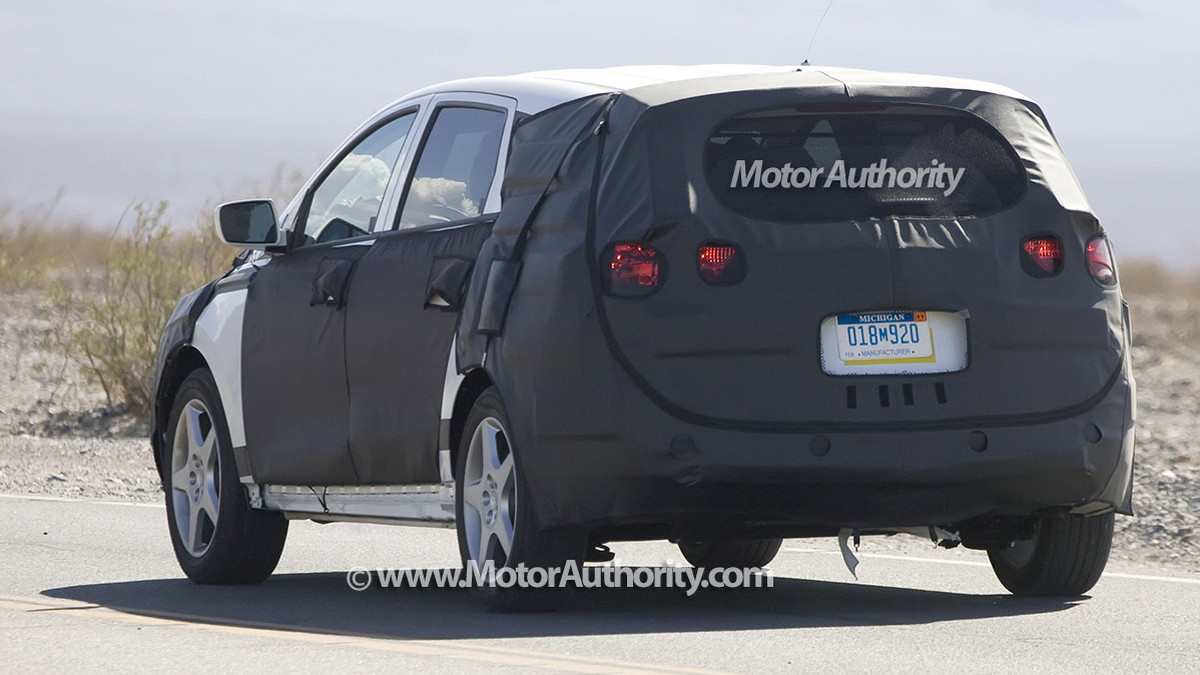 5
photos
Hyundai gave us our first taste of the Portico when it rolled out the concept version of the car at the 2005 Chicago Auto Show, and now more than three years later we have the first spy shots of actual prototypes for the new model. The Portico will be bigger than the current Santa Fe and Veracruz SUVs and is set to go on sale late next year as a 2010 model.

Sharing its platform with the Sonata, the new Portico will be manufactured alongside the sedan at Hyundai’s Montgomery plant in Alabama. Power will come from a range of engines including both 3.3 and 3.8L Lambda V6 mills and a 2.4L Theta four-cylinder. There’s also the possibility that the carmaker’s 4.6L Tau V8 will be reserved for a flagship model. A 2.5L common-rail turbodiesel will also likely be available for European markets.

The original Portico concept featured an advanced hybrid powertrain with electric motors powering both the front and rear wheels. The new production model will be available as standard with a FWD powertrain but a parallel hybrid option as well as an AWD version could also be offered.

Inside, there will be three-row seating with enough space for seven adults. The Portico concept also featured suicide-style rear-opening doors in the back, but as these latest spy images confirm the production model will feature standard front-hinged doors all around.

The next couple of years will be very busy for the South Korean carmaker and its Kia subsidiary, with planned launches for a new Sorrento SUV, Grandeur sedan, and new Soul compact car.