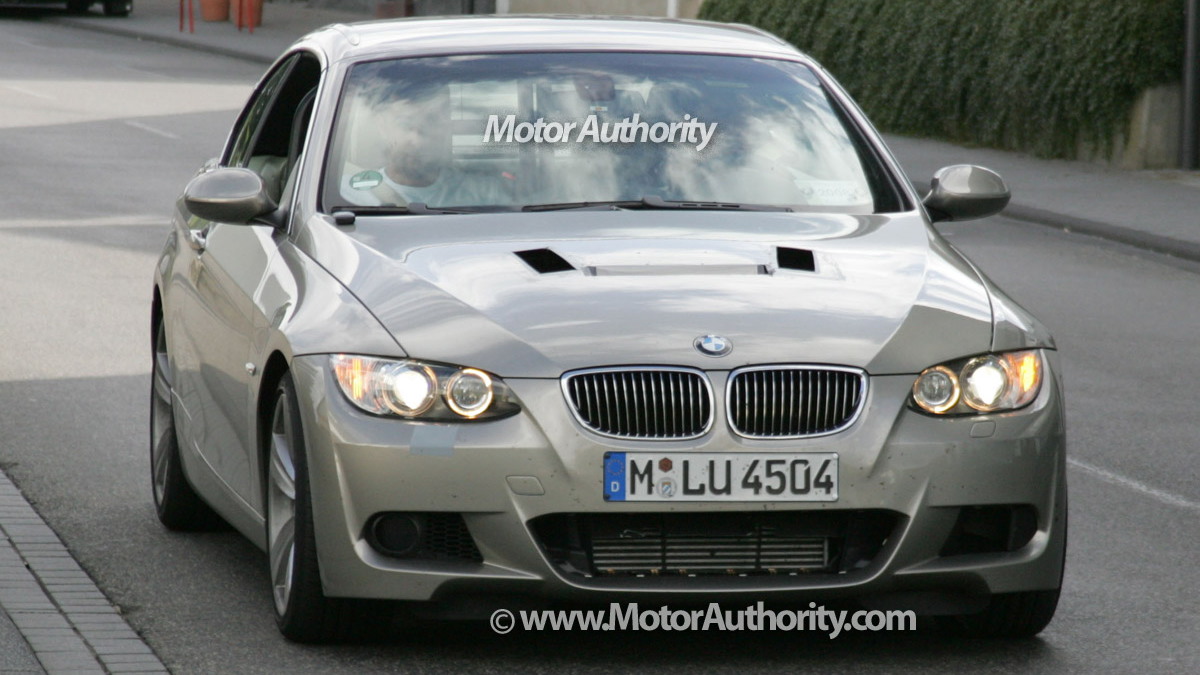 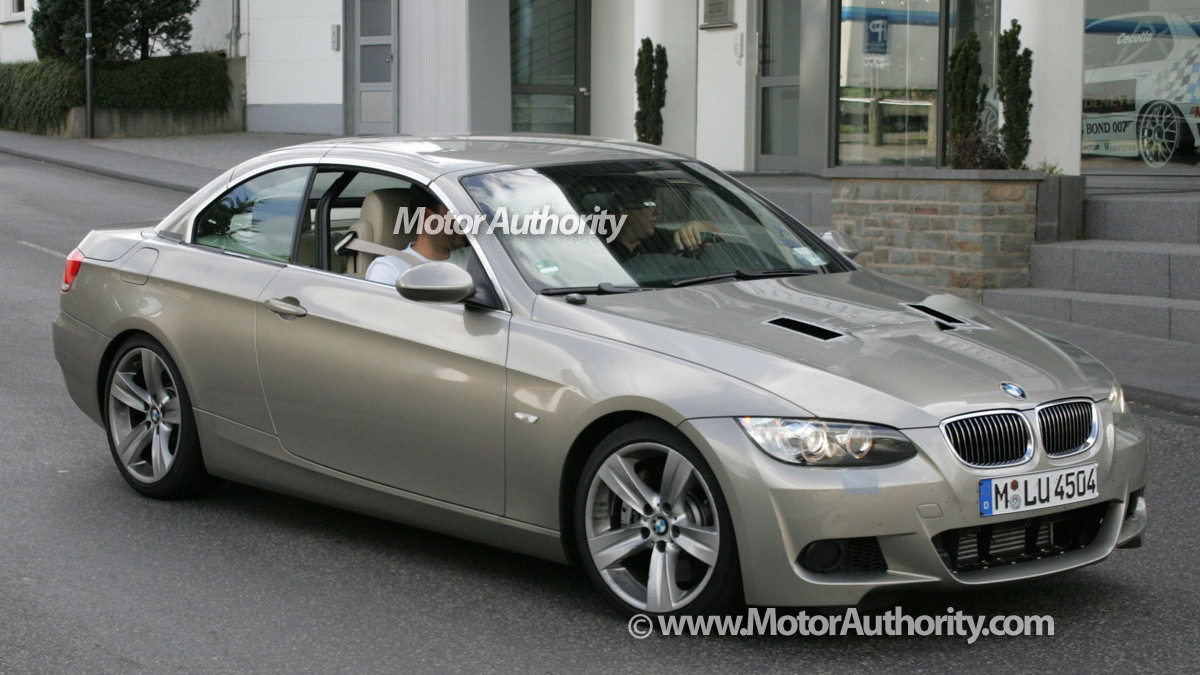 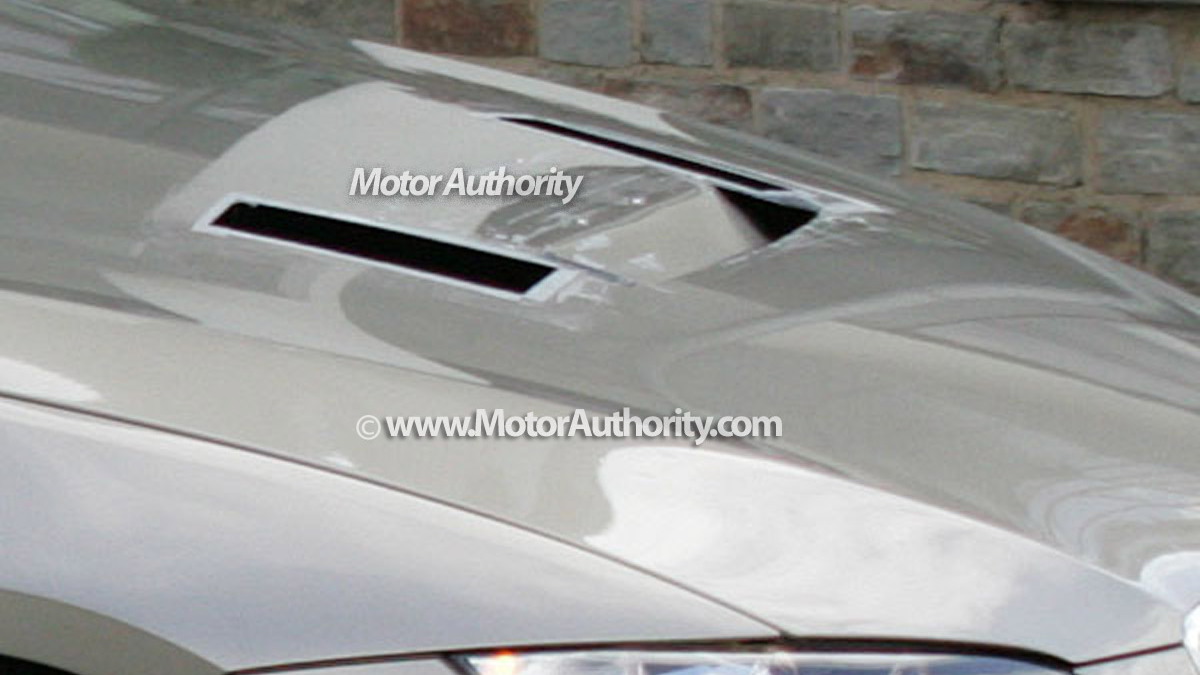 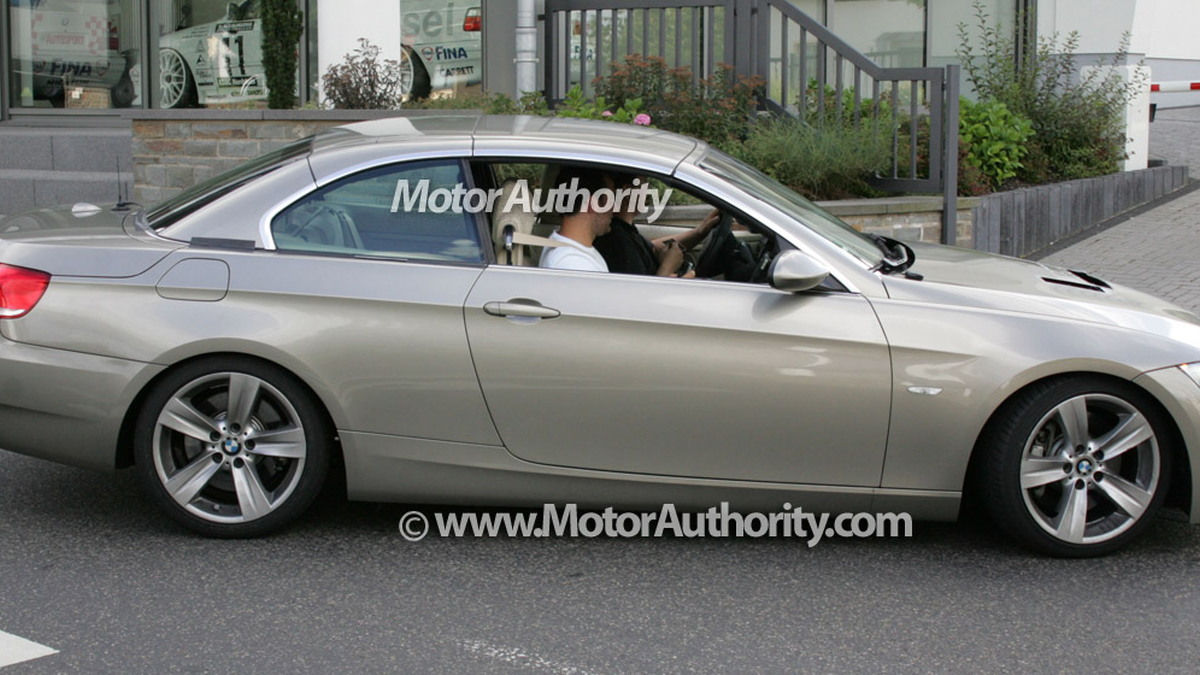 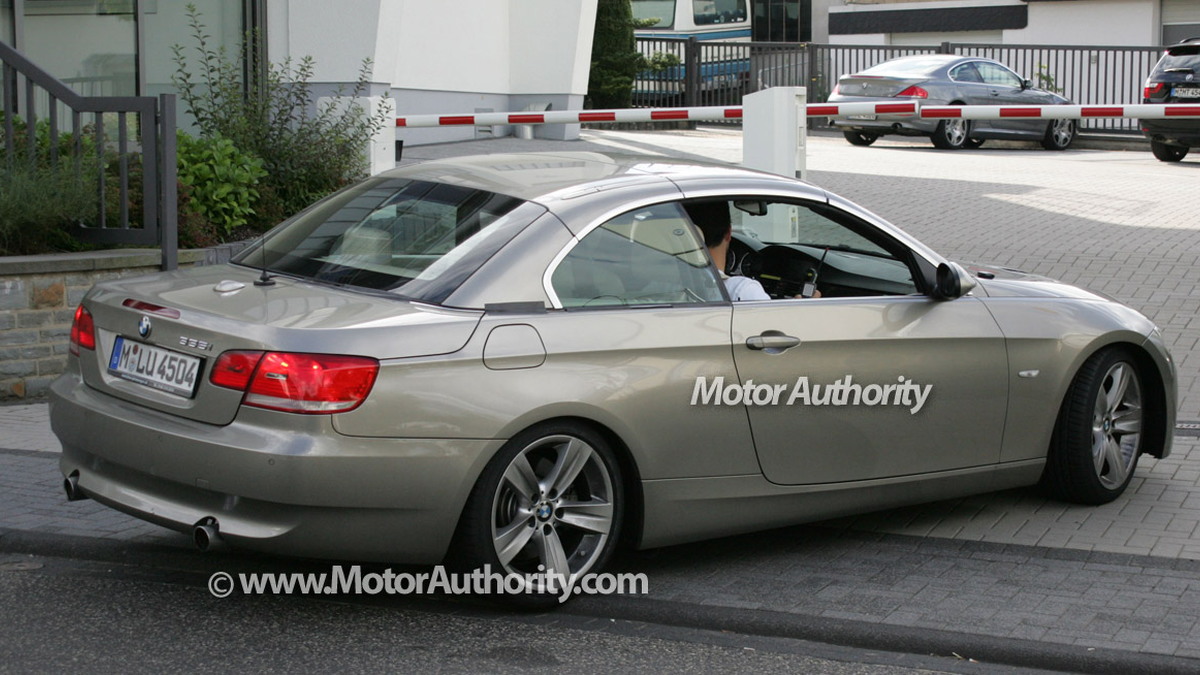 7
photos
Critics of BMW’s M Sport Packages often lay claim that the accessories range makes the standard models on which they are applied too similar to the actual M cars. A 3-series Convertible has now been spotted with a M Sport Package bodykit and a new M3-style vented bonnet, suggesting that the visual difference between the standard 3-series and M3 is about to get even harder to define.

The basic M Sport Package for the 3-series comprises an aggressive front bumper with gaping intakes, unique side skirts and new rear bumper. The addition of the M3-style vented bonnet suggests that this could potentially be a test car for BMW’s Performance Parts range for the 3-series. Furthermore, the bonnet pictured here is not identical to the one on the M3. This one has a third vent in place of the M3’s distinct bonnet bulge.

BMW first launched its range of factory-backed performance accessories in September last year. Designed initially for the 3-series and Z4 models, the new range included a host of performance upgrades such as engine power kits, suspension and exhaust mods and even interior styling changes.

More serious upgrades borrowed from the M3 could make their way into the 3-series Performance Parts catalog. Rumored to be in the works is a limited slip differential designed for dual-clutch transmission models as well as a more powerful version of the 3.0L twin-turbo.