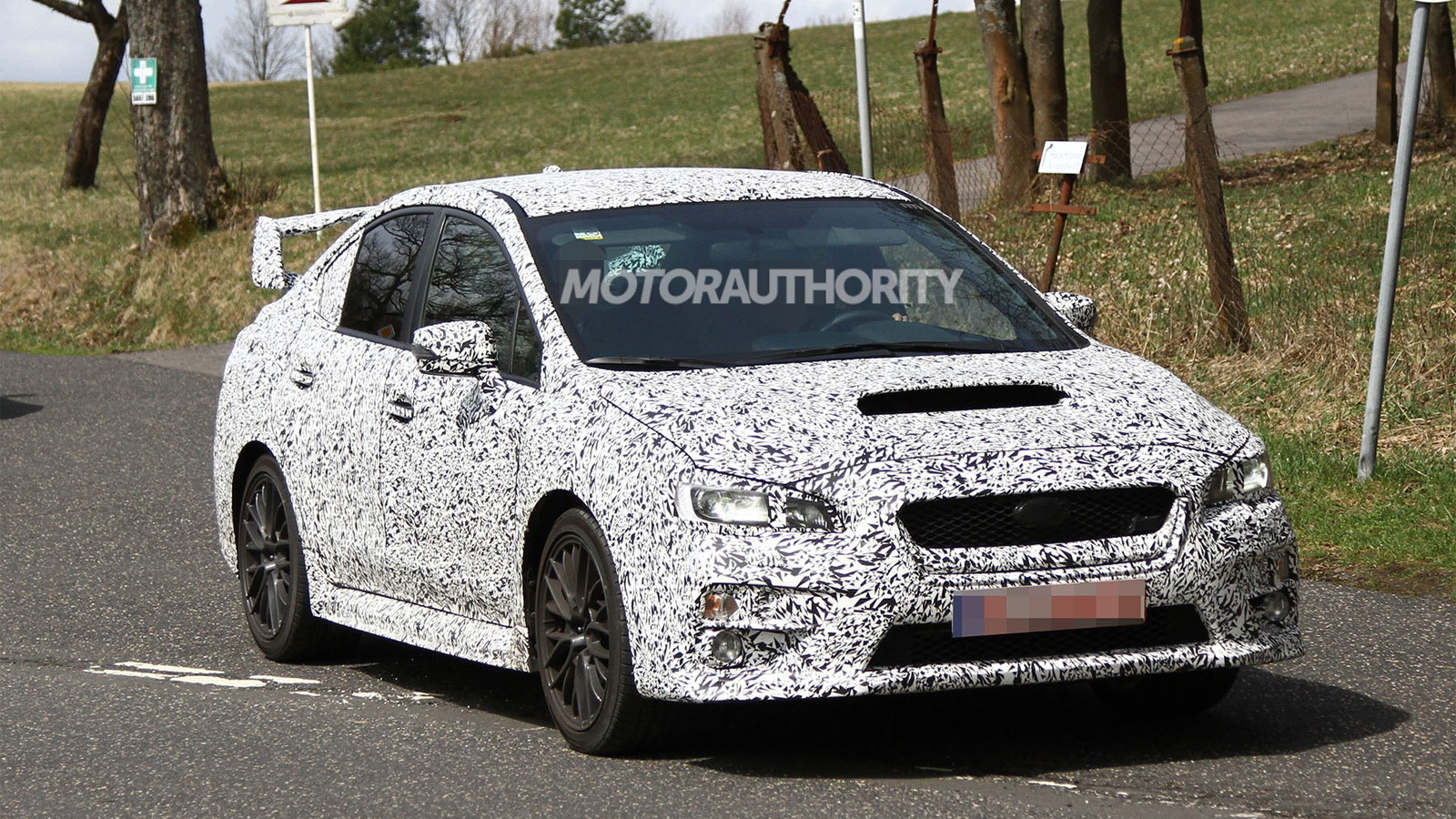 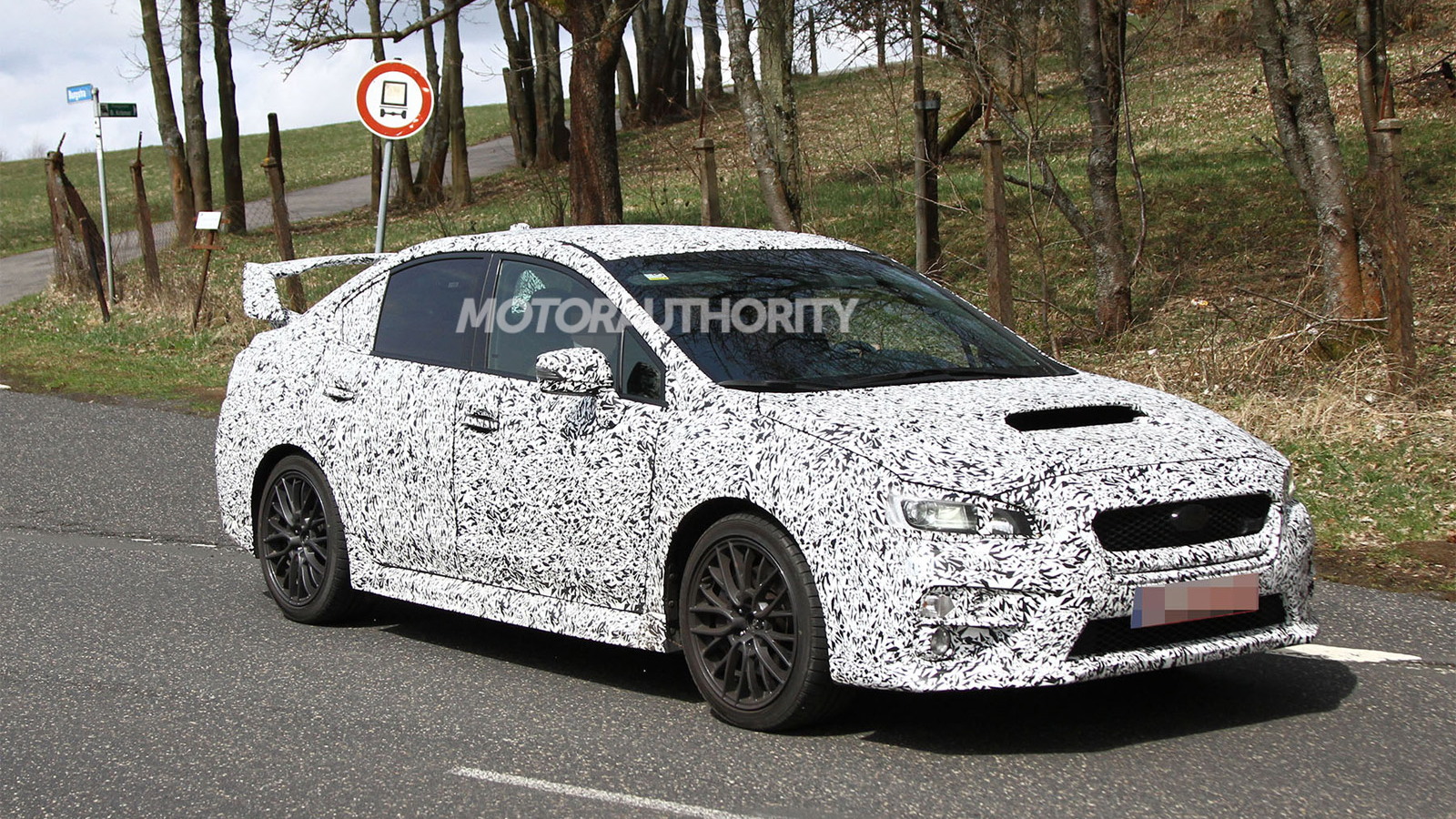 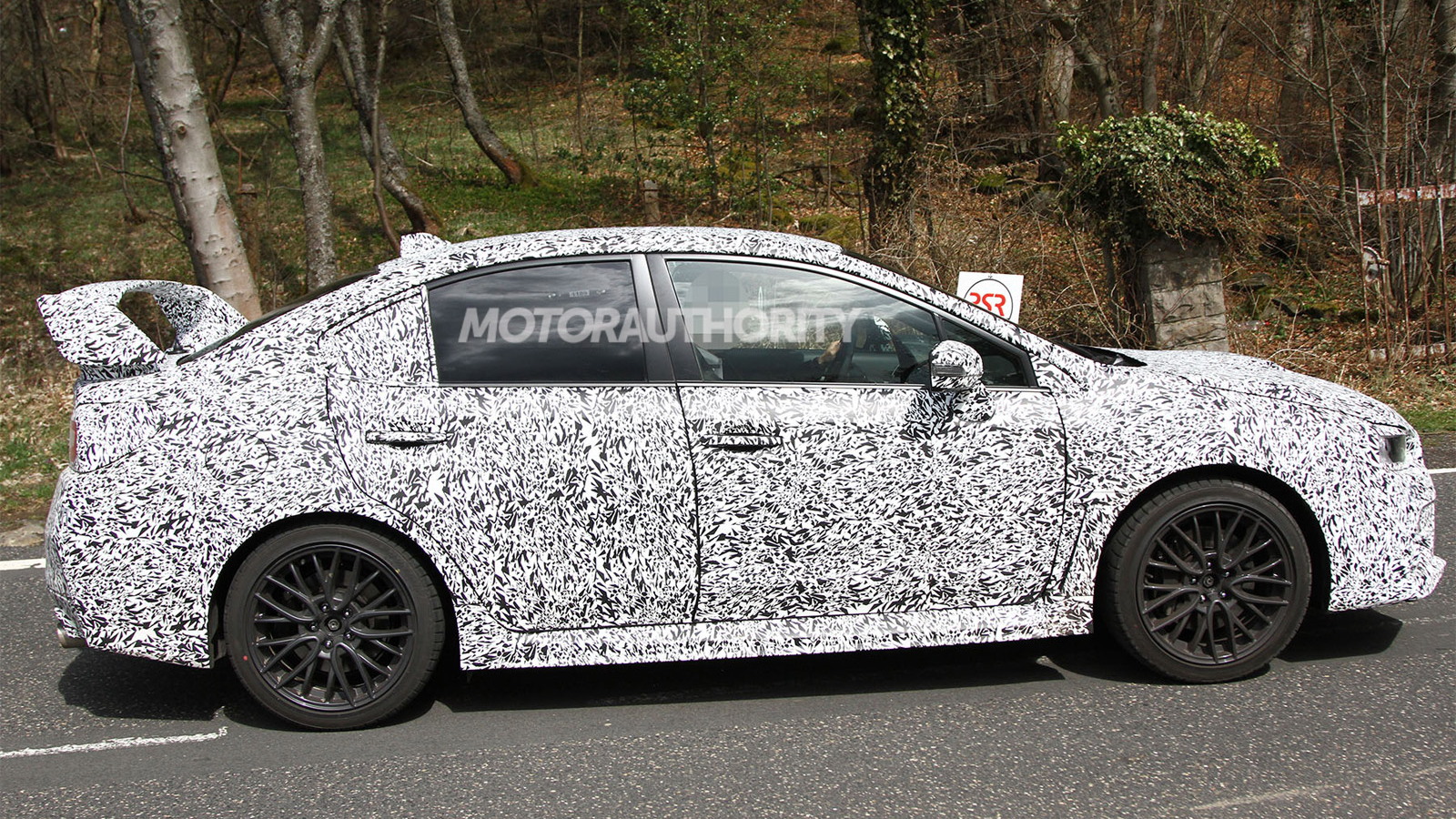 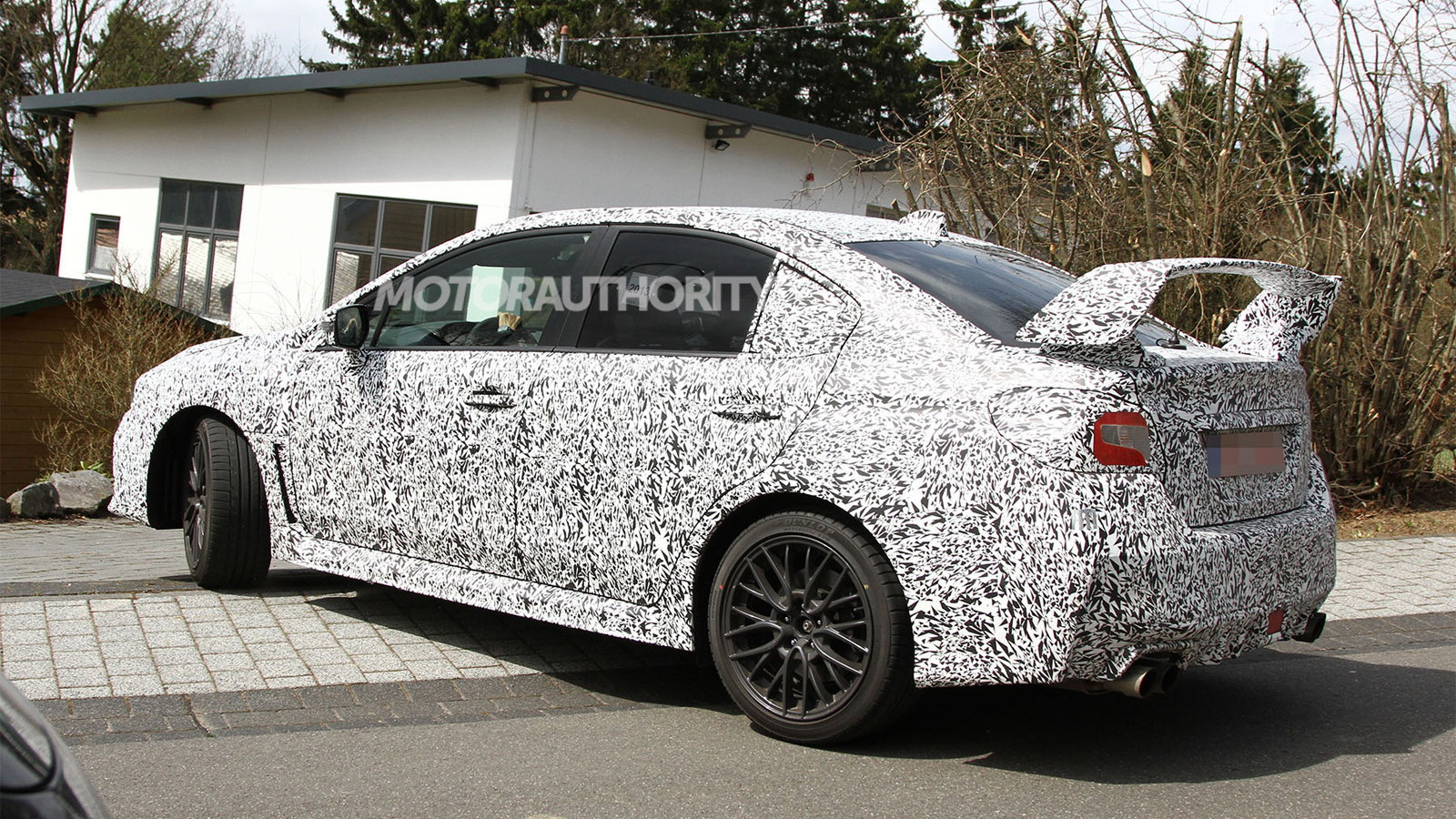 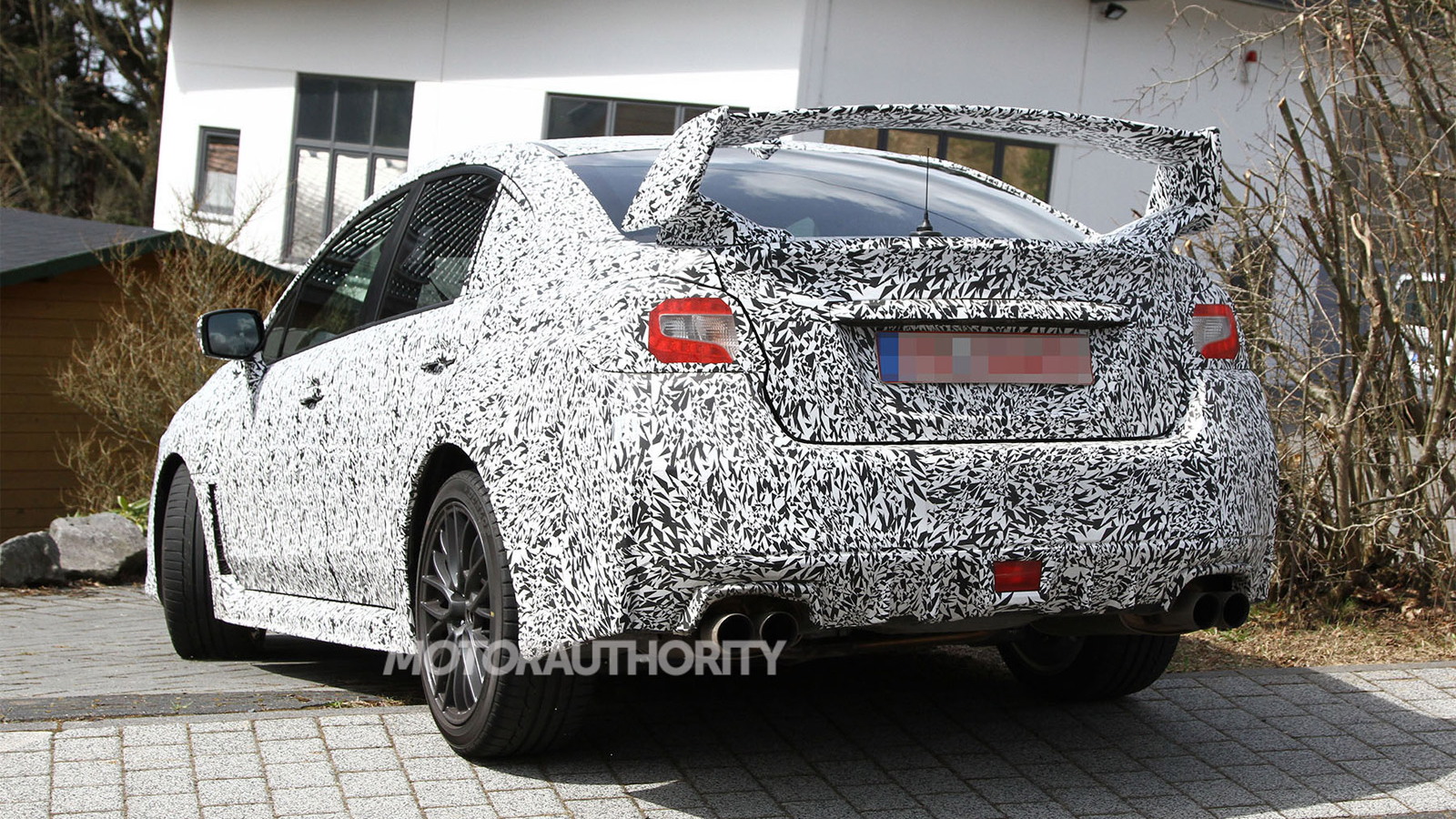 7
photos
We’ve been spying prototypes for Subaru’s next-generation WRX for months but soon the heavy camouflage will be coming off and the car ready for its debut on the world stage. That debut will reportedly take place at the 2013 Los Angeles Auto Show in November, where Subaru is confirmed to make a world premiere.

According to Automotive News (subscription required), we’ll see simultaneous debuts of the new WRX and its more extreme STI variant in L.A. Both cars will then go on sale in the first half of next year, as 2015 models.

It’s likely we’ll also see the cars at the 2013 Tokyo Motor Show, as this year press days for the shows in L.A. and the Japanese capital take place on the same date: November 20.

Though Subaru previewed its 2015 WRX with an aggressively styled concept at this year’s New York Auto Show, the production version will be considerably tamer, as confirmed by our spy shots. We hear the hatchback body will also be dropped.

Look for the 2015 WRX to come with a conventional sedan body with a taller roof and narrower fenders than those found on the concept. The lower air intakes and rear diffuser will also be much smaller than those on the concept. Thankfully, the WRX’s signature hood scoop will remain.

Power in the 2015 WRX is expected to come from a 2.0-liter boxer four-cylinder engine. The engine is closely related to the unit in the BRZ but will come with Subaru’s own direct-injection system and a turbocharger to match or surpass the output of the outgoing model’s 265 horsepower and 244 pound-feet of torque. The 2015 WRX STI will feature the same engine but with output dialed up to 305 horsepower or more.

While power levels aren’t expected to deviate much from current levels, performance of the new cars will be improved thanks to a lighter curb weight, improved suspension tuning and a more aerodynamic body.

While you await the arrival of the 2015 Subaru WRX and WRX STI, click here for a spy video of a prototype at the Nürburgring.