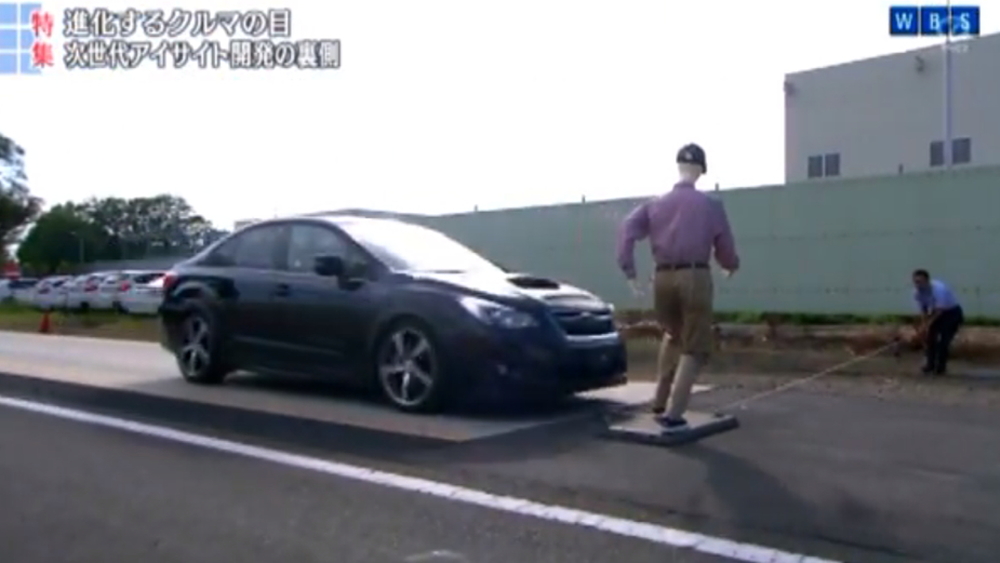 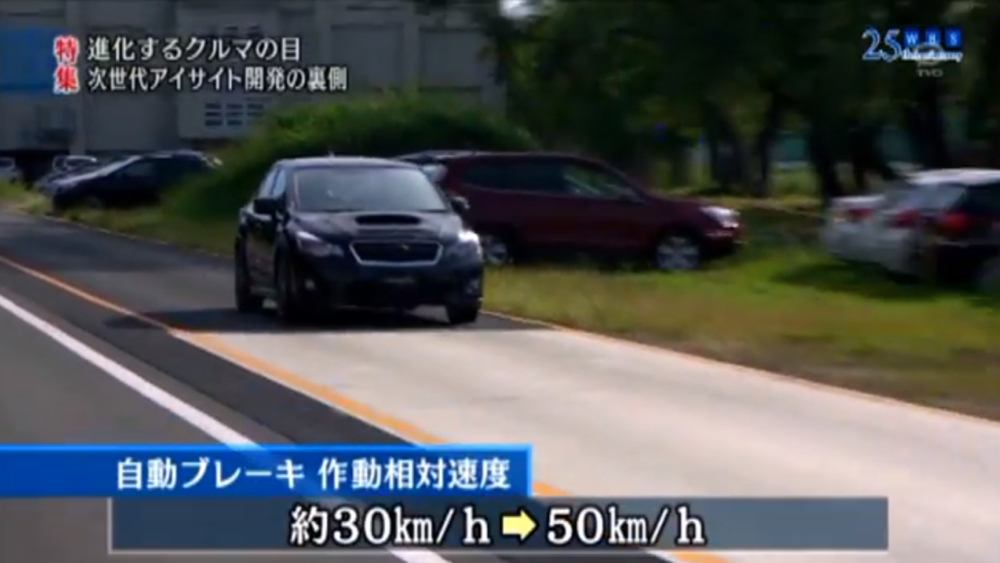 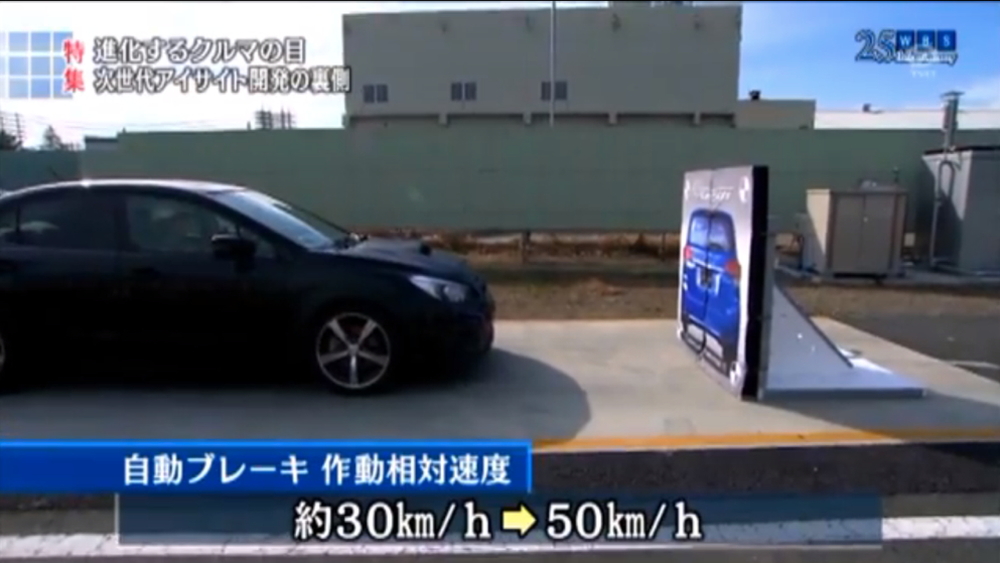 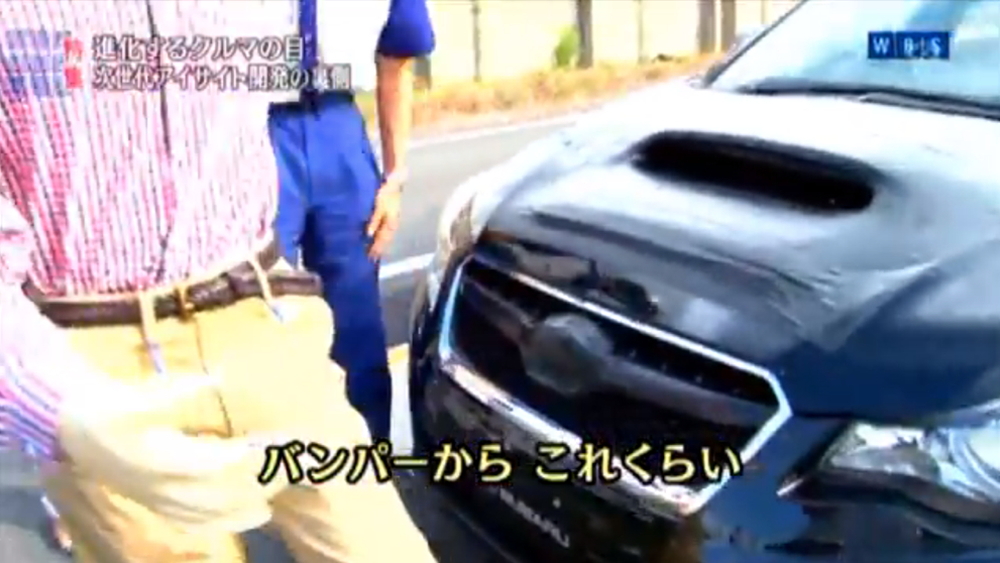 4
photos
If there's one car we're looking forward to in the coming months, it's the redesigned Subaru WRX.

This episode of a Japanese television show may offer a glimpse at the next generation of Subaru's rally car for the road.

In the video, Subaru demonstrates its Eye Sight automatic braking system with an unusual vehicle.

Around 6:20, we see a pretty sinister-looking black Impreza brake itself to a complete stop when a dummy is pulled in front of it. The details suggest that this car could at least by a prototype of the next WRX.

On top of the stock Impreza bodywork, the car wears larger wheels and flared fenders. It's also got the signature WRX hood scoop.

Although Subaru showed a stunning WRX concept with aggressive, bespoke styling at the 2013 New York Auto Show, previous spy shots of a prototype lapping the Nürburgring indicate that the production version will share much of the Impreza's styling.

Whatever the production sheetmetal ends up looking like, there will probably be a 2.0-liter flat-four under the hood. It will be related to the unit from the BRZ, but will ditch that car's Toyota direct injection system for one of Subaru's own design. Like every WRX engine, it will also be turbocharged.

Output is expected to match or surpass the current WRX's 265 horsepower. A new version of the high-performance STI will have at least 305 hp.

A lighter curb weight, more aerodynamic body, and re-tuned suspension are expected to boost performance compared to the current model. The price may also get a boost, now that the BRZ has taken over the entry-level performance slot in Subaru's lineup.

Both the 2015 WRX and WRX STI are expected to debut at the Los Angeles Auto Show in November. In the meantime, check out our spy video of the prototype at the Nürburgring.