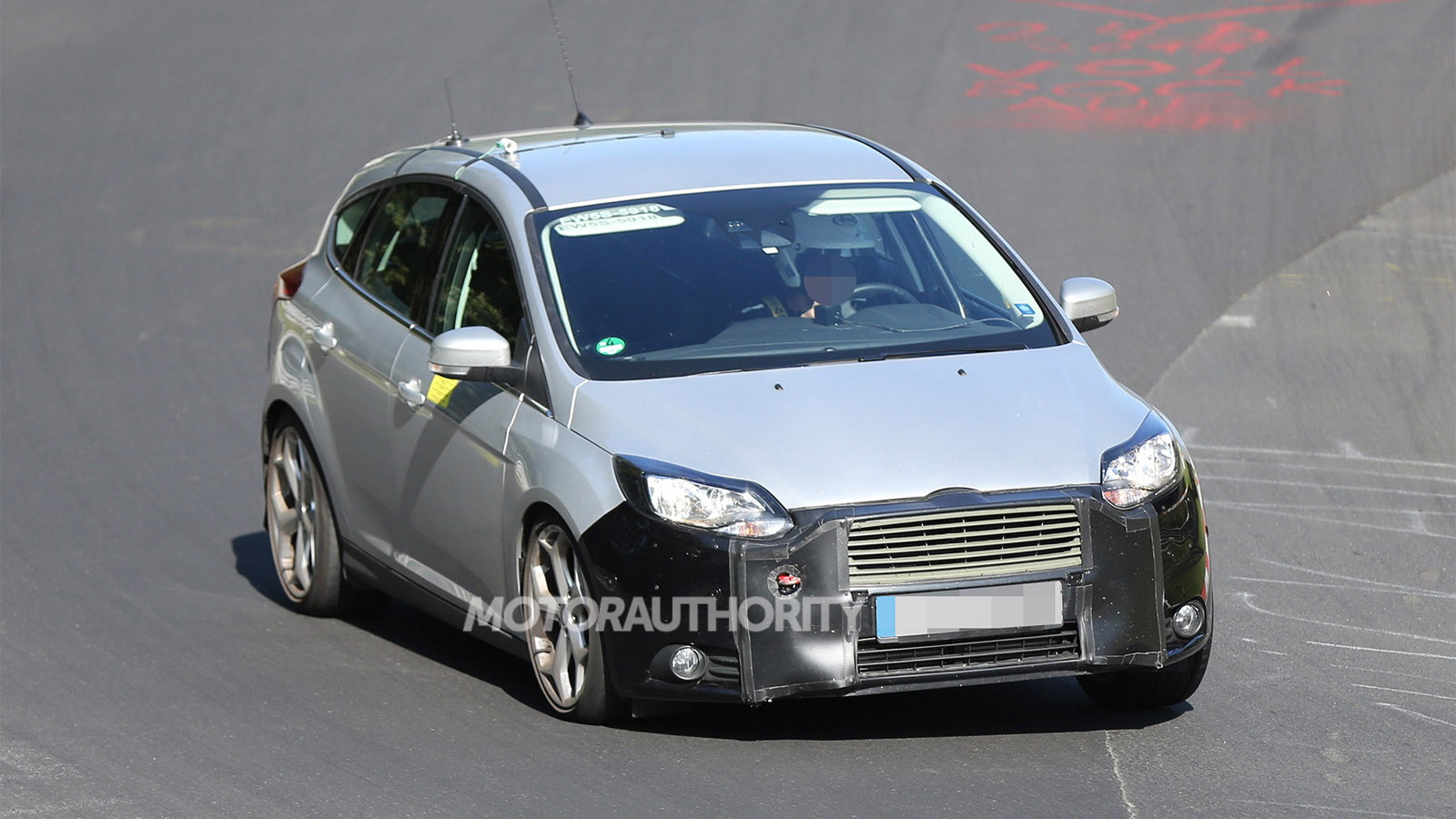 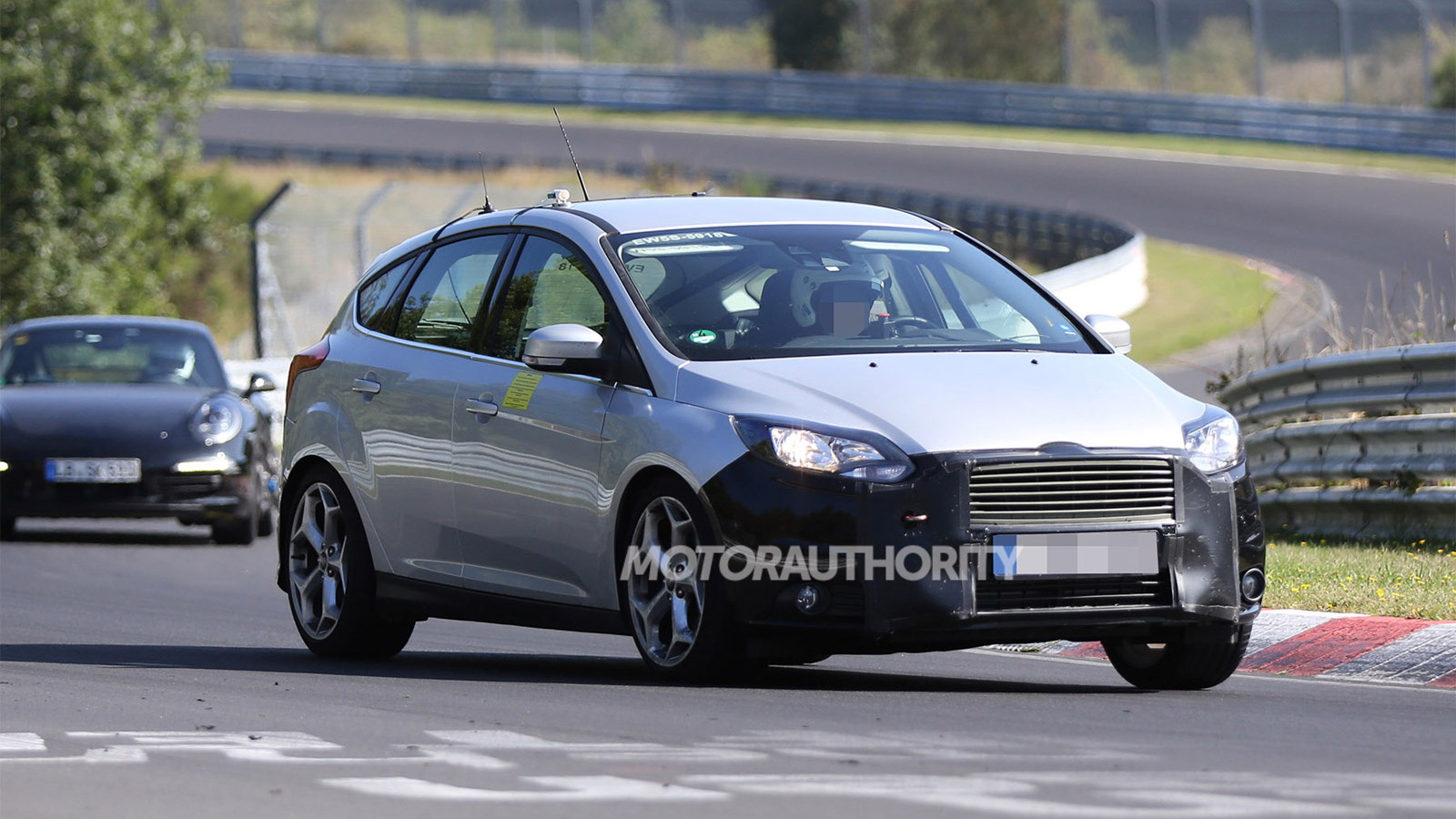 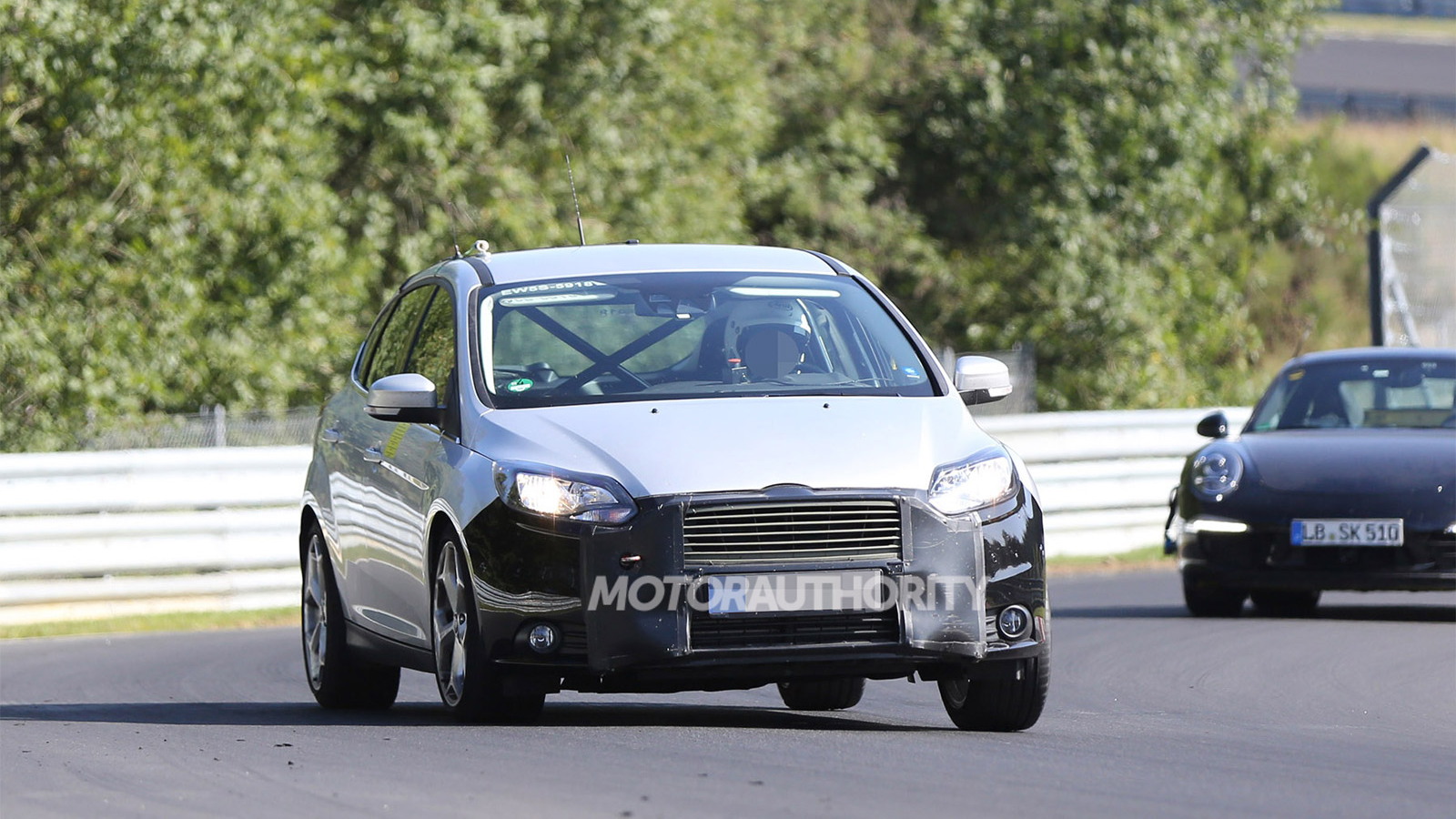 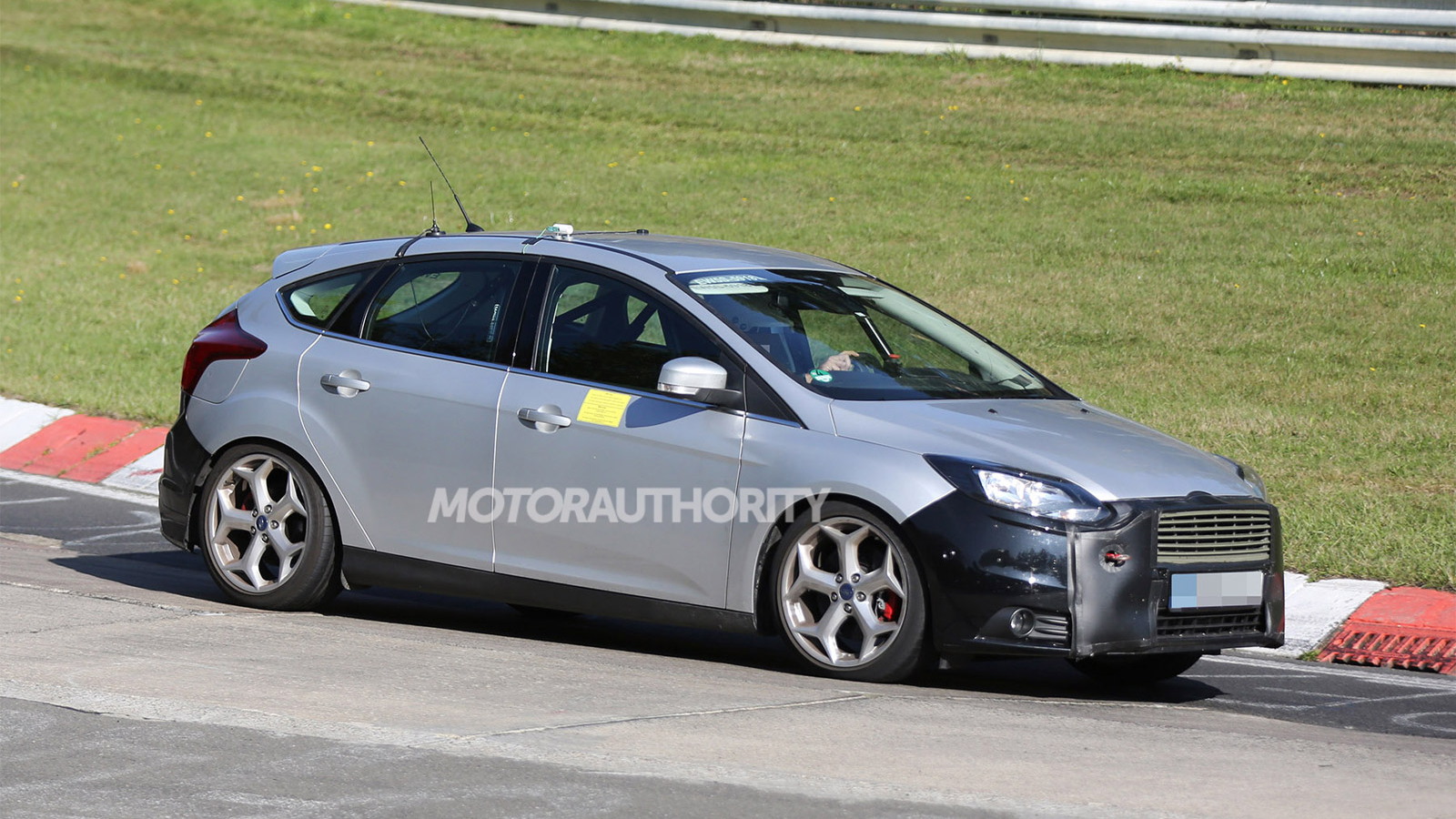 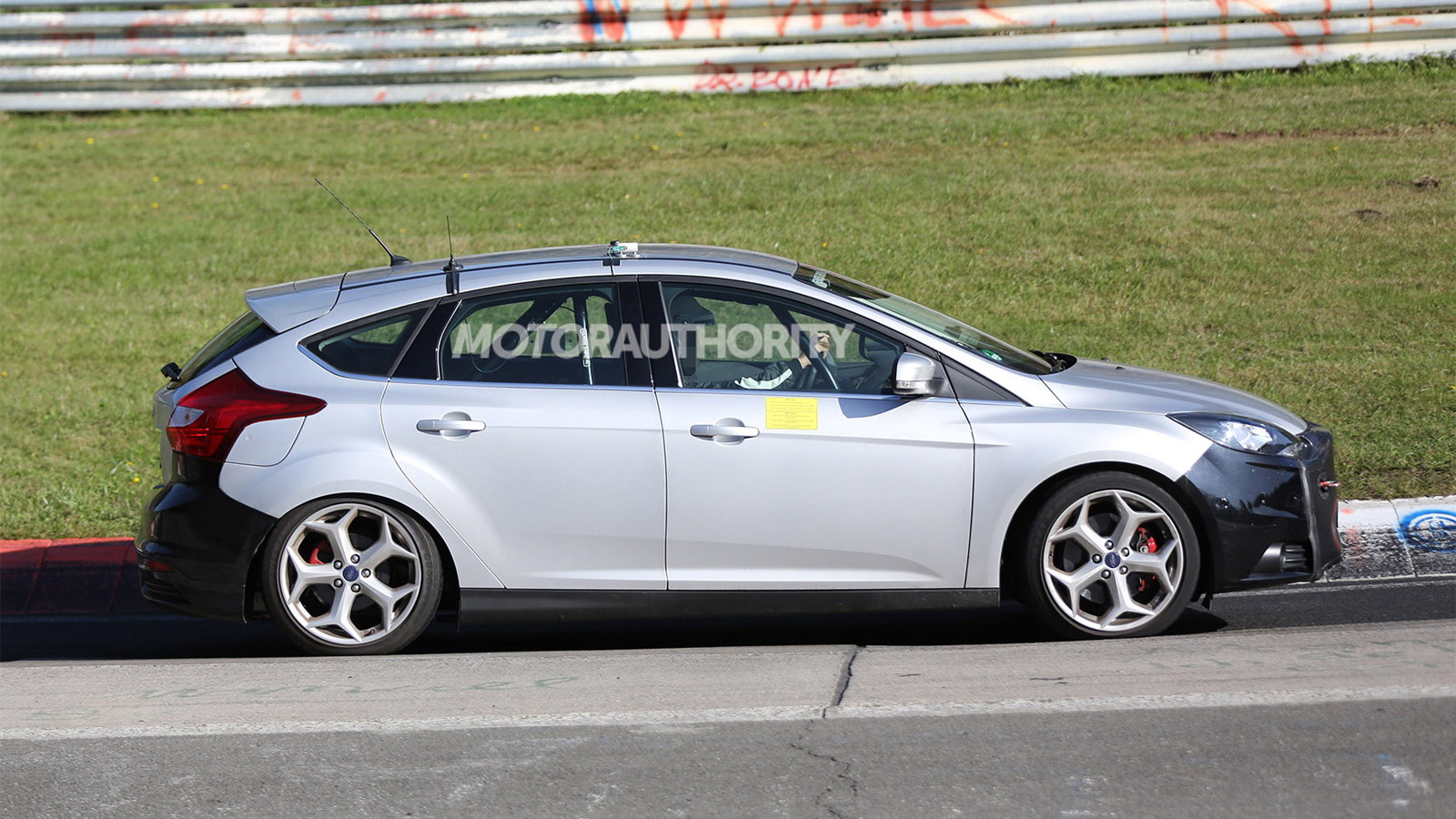 10
photos
Ford’s Focus ST is only into its second model year, but a mild update is just around the corner, as evidenced by these latest spy shots of a prototype at the Nürburgring. The update to the Focus ST coincides with a similar update planned for the regular Focus, which has been on sale slightly longer here in the U.S. and even longer overseas, where the car is well overdue for a mid-cycle update.

Since the Focus ST is relatively new and its performance competitive in the hot hatch segment, we’re unlikely to see any changes to the car’s mechanicals. The current setup is a 2.0-liter EcoBoost four-cylinder engine delivering 252 horsepower to the front wheels via a six-speed manual. That’s good for 0-60 mph in around 6.0 seconds and a top speed of almost 155 mph.

Instead we’re likely to see most of the changes center on styling updates. The prototype is heavily masked at the front, suggesting a new bumper design has been incorporated. The headlights, too, may be tweaked, with the overall effect likely to see the Focus ST’s styling made similar to other Ford products like the popular Fusion and upcoming 2015 Mustang.

The interior should also receive a few tweaks, though it’s not clear yet what exactly will be changing.

We should know soon as we’re expecting the updated Focus range, including this Focus ST, to be introduced for the 2015 model year. A debut at a major North American auto show in the first half of next year is likely, with sales to commence by the third quarter.

Note, Ford is working on an even more extreme Focus RS model, which is expected to come powered by a 2.3-liter EcoBoost four-cylinder engine that’s also destined for the new Mustang. It’s not clear when we’ll see this model, but development of the car is believed to be in its deep stages.