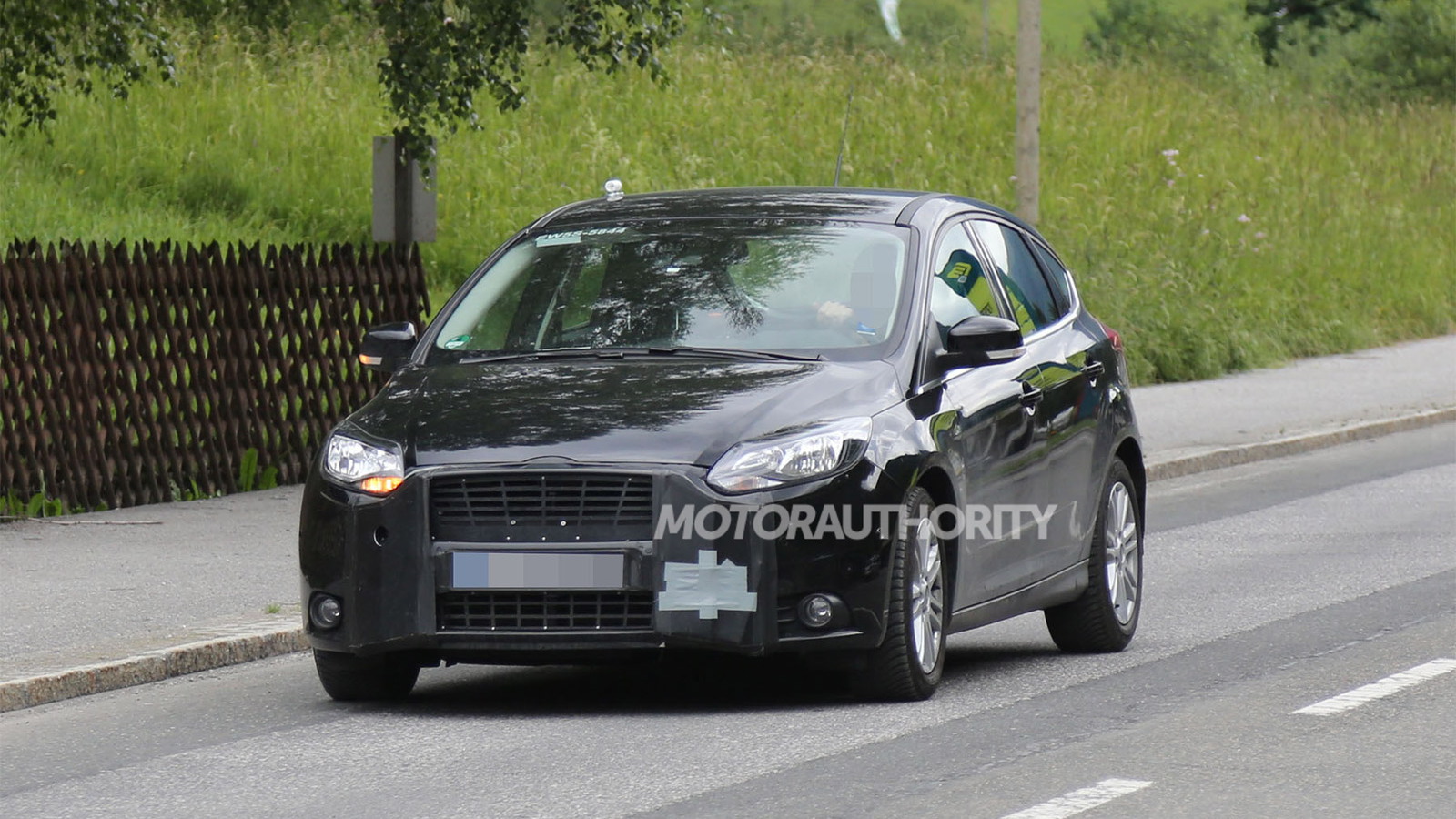 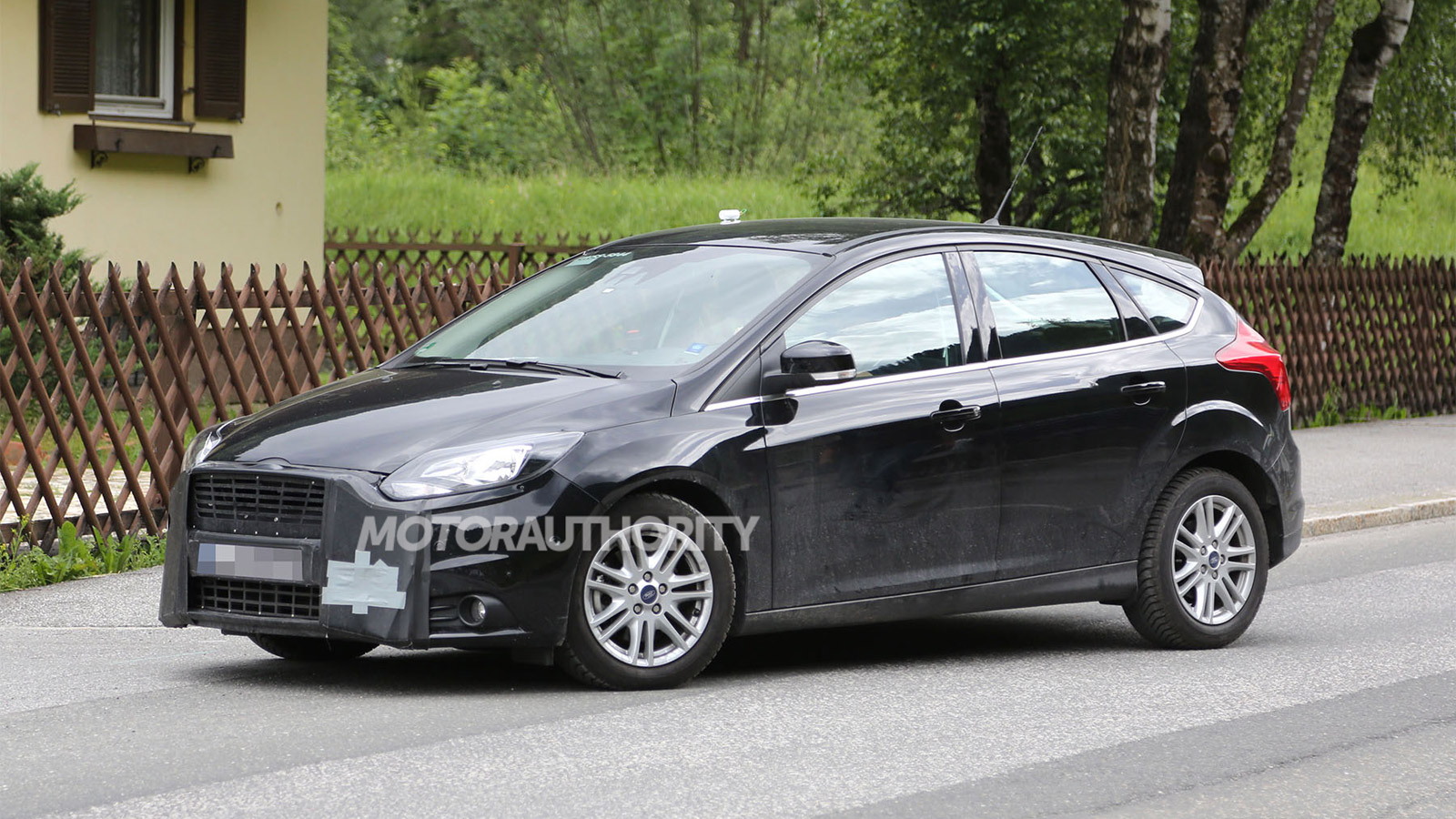 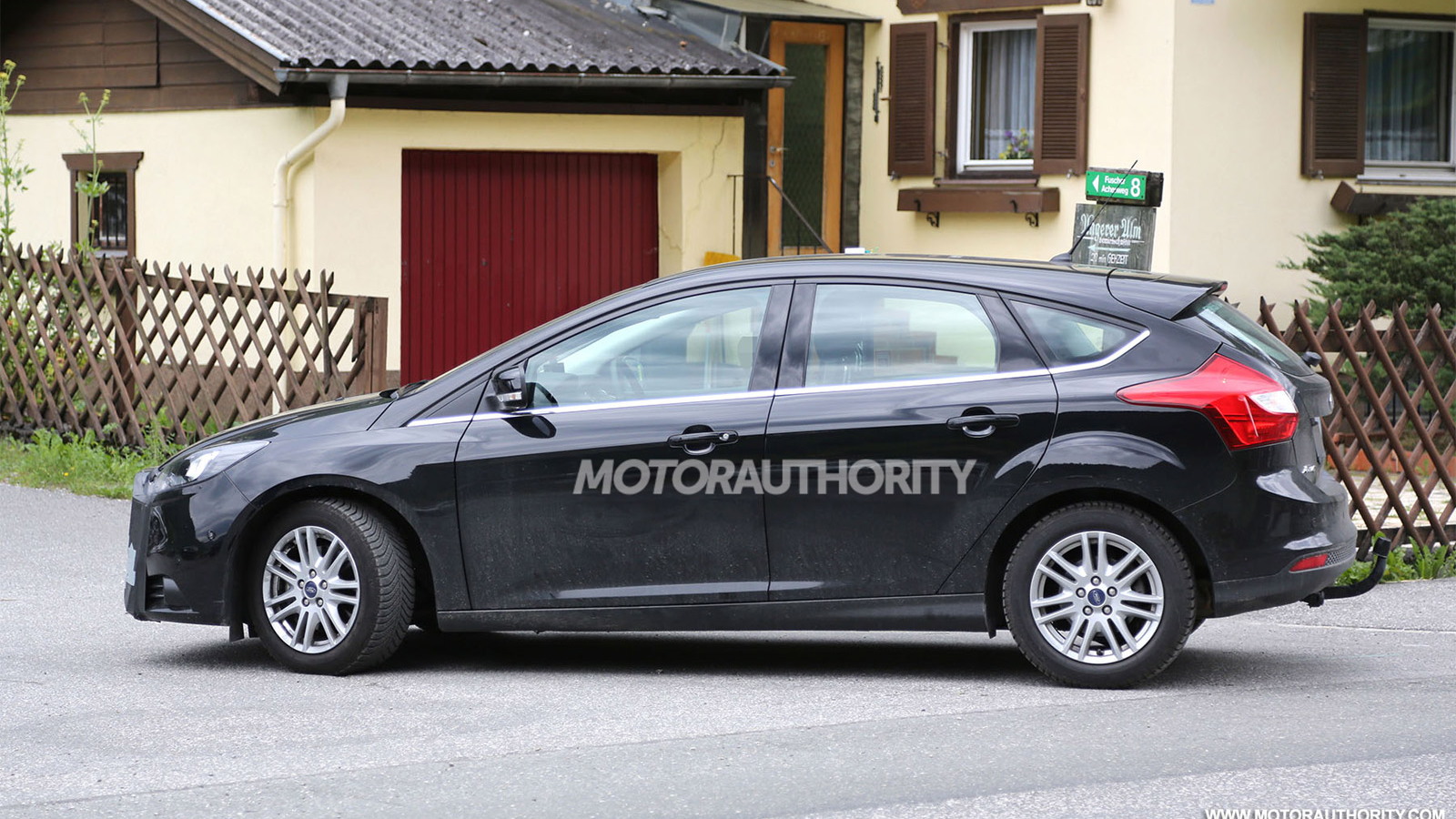 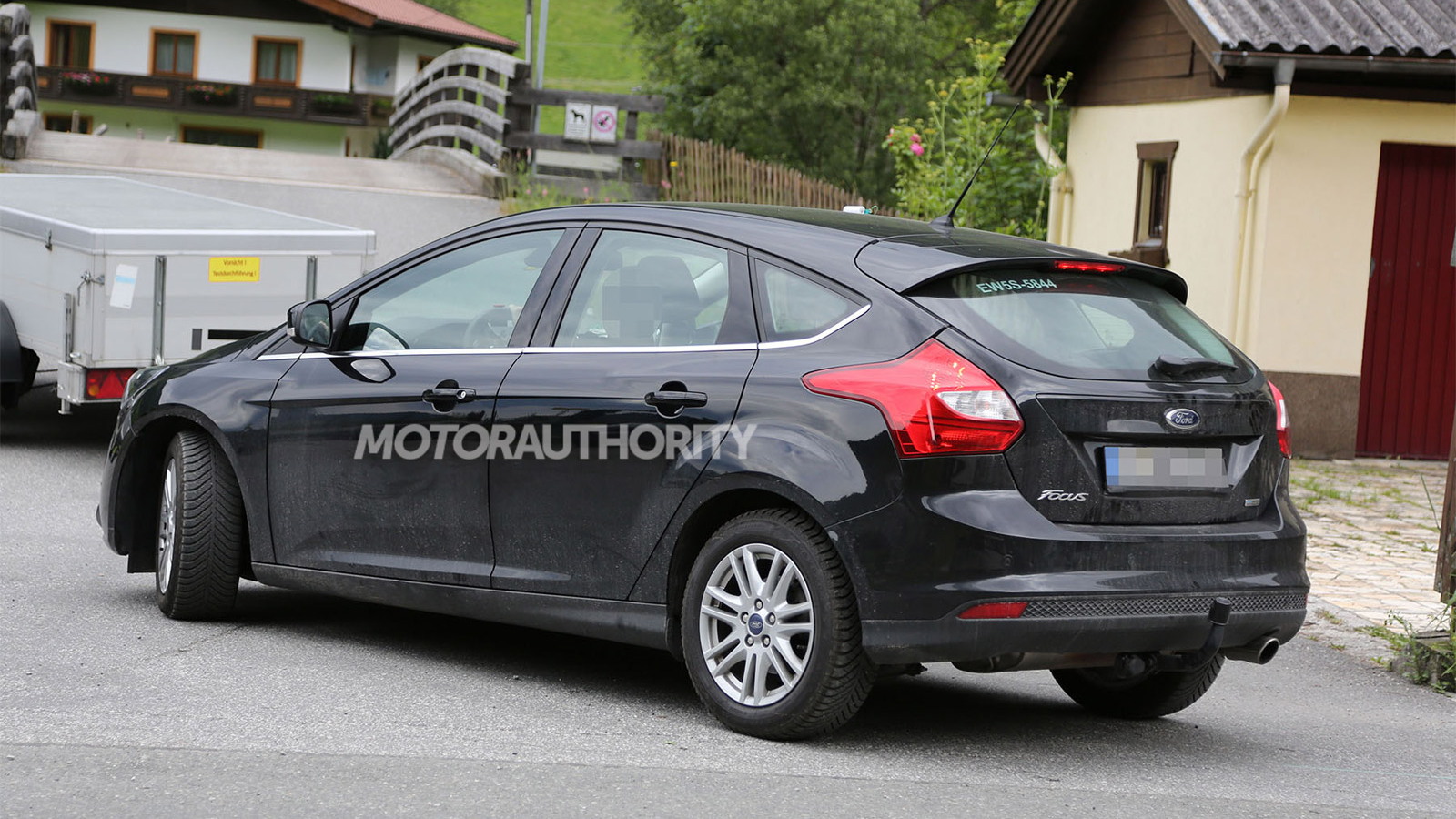 Following yesterday’s sighting of a facelifted Ford Focus ST, we now have spy shots of a facelifted version of the regular Focus. Both are expected to hit the market in the second half of next year, as 2015 models.

The current, European-designed Focus went on sale in the U.S. in 2012 but it’s been on sale overseas for even longer so it’s due for a mid-cycle update. The changes to the car are likely to be mainly cosmetic though we could see some new tech features added the engine lineup enhanced.

As the spy shots reveal, the Focus’ front section will be revamped. It appears to be receiving a new horizontal lower grille that should bring the car’s styling closer in line with that of the rest of the Ford lineup. There also appear to be some tweaks to the headlights.

The interior should also be updated, perhaps with a new version of the Ford SYNC with MyFord Touch interface.

We’re not expecting many changes to the drivetrain lineup, though we may finally see Ford add its fuel-efficient 1.0-liter EcoBoost three-cylinder engine to its Focus lineup in the U.S. market (the engine has already been confirmed for the Fiesta). The current base option for the Focus in the U.S. is a 160-horsepower 2.0-liter four.

Look for a reveal of the 2015 Ford Focus soon, most likely at one of the major North American auto shows early next year.