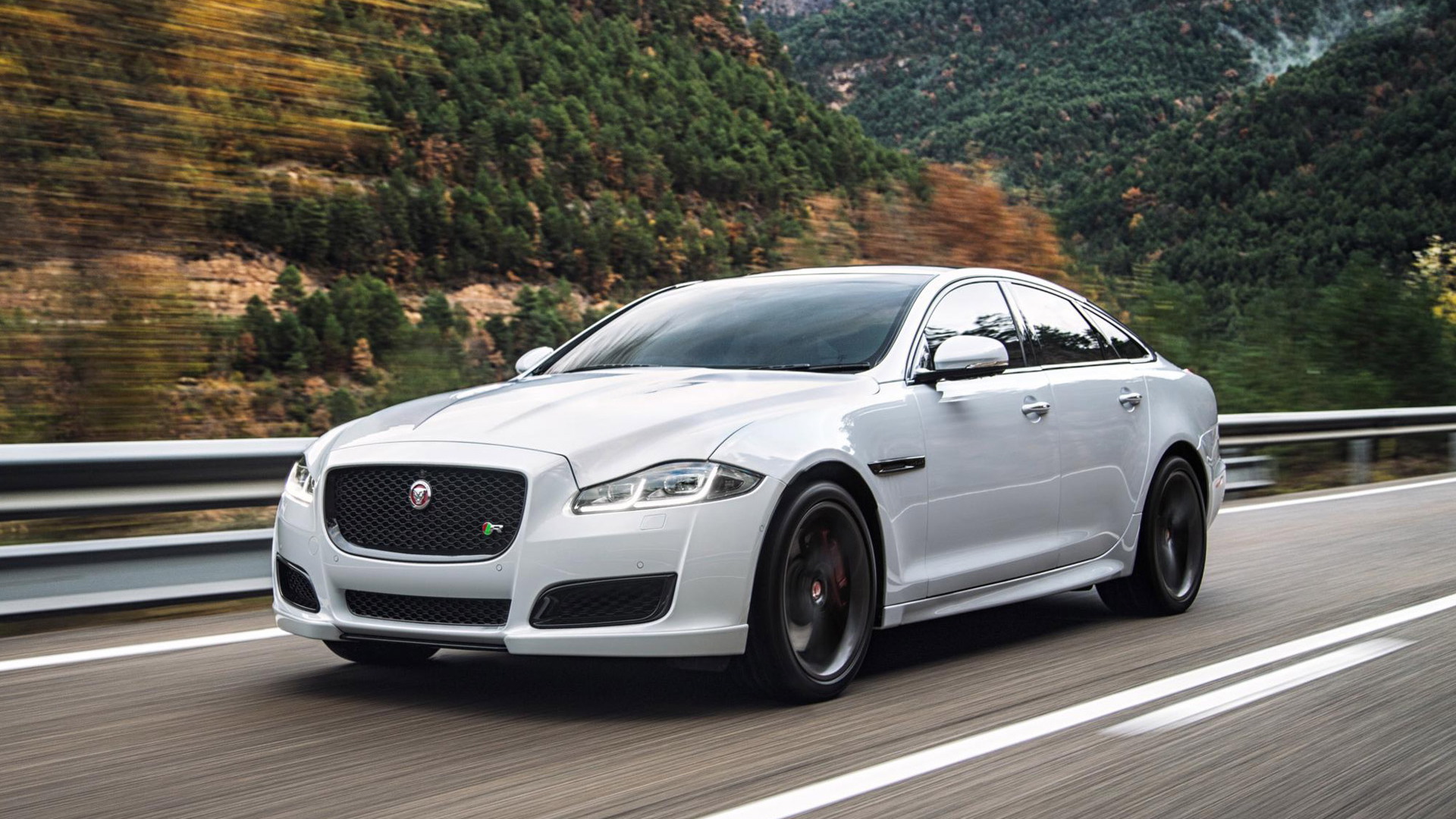 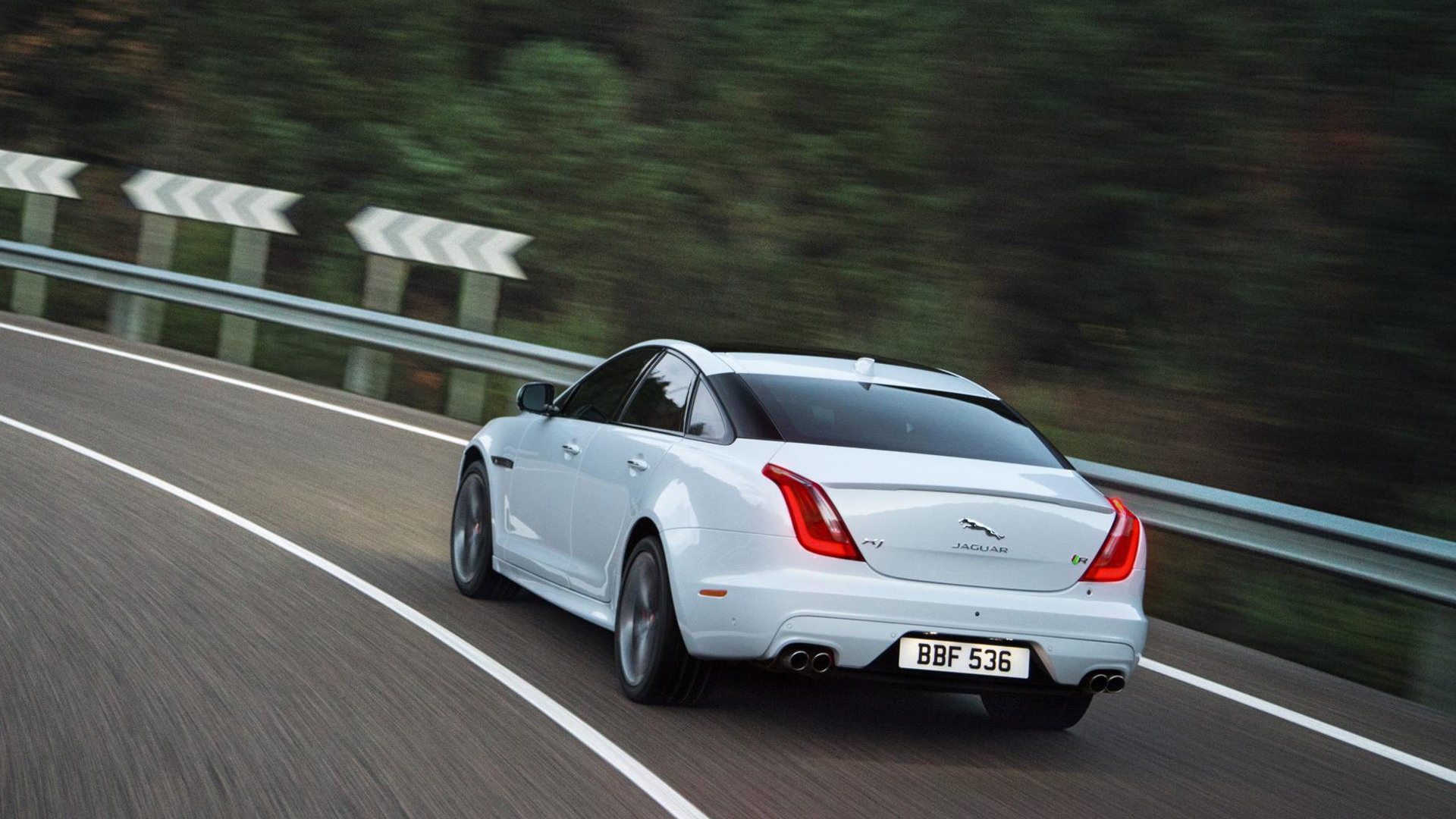 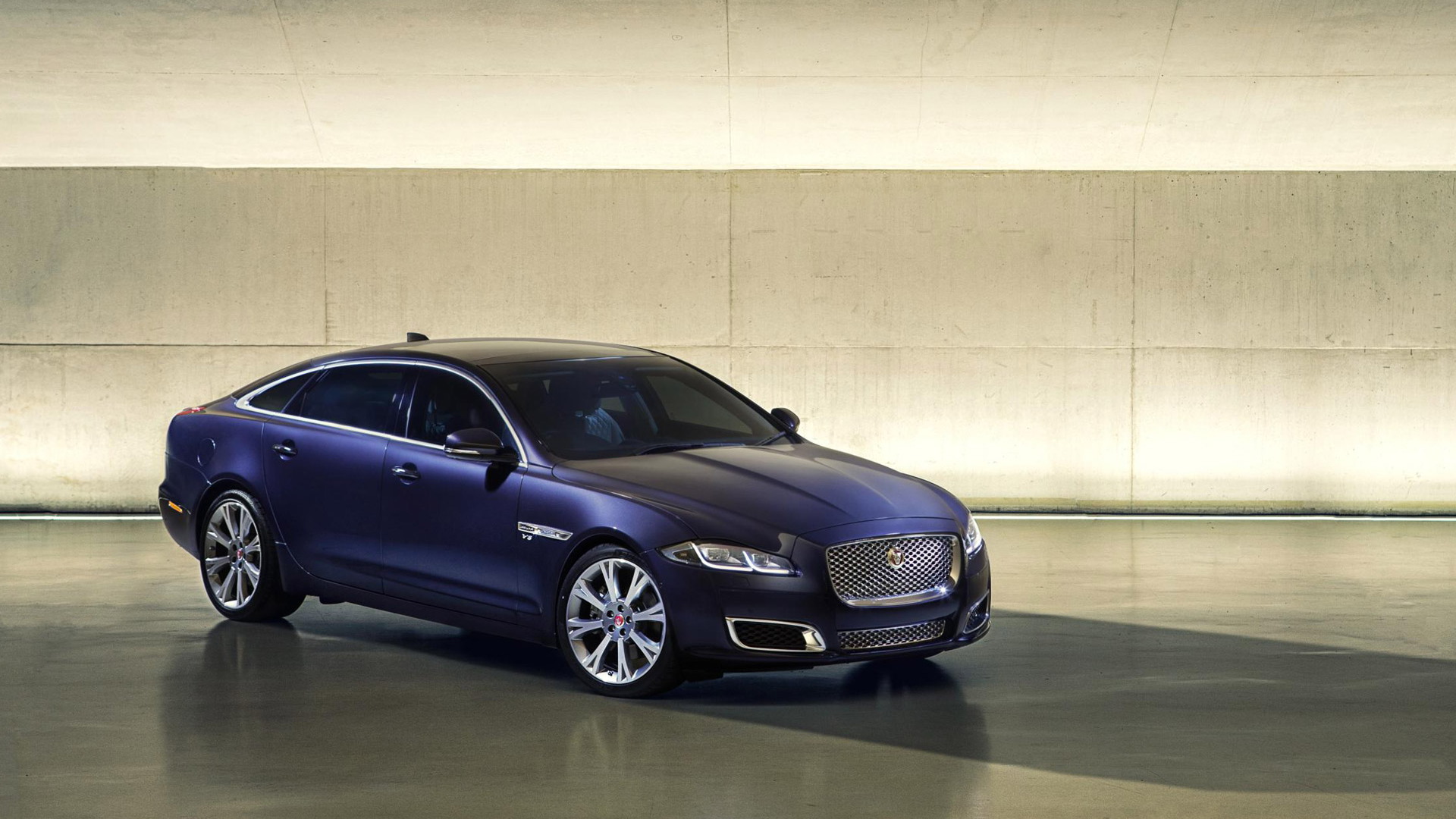 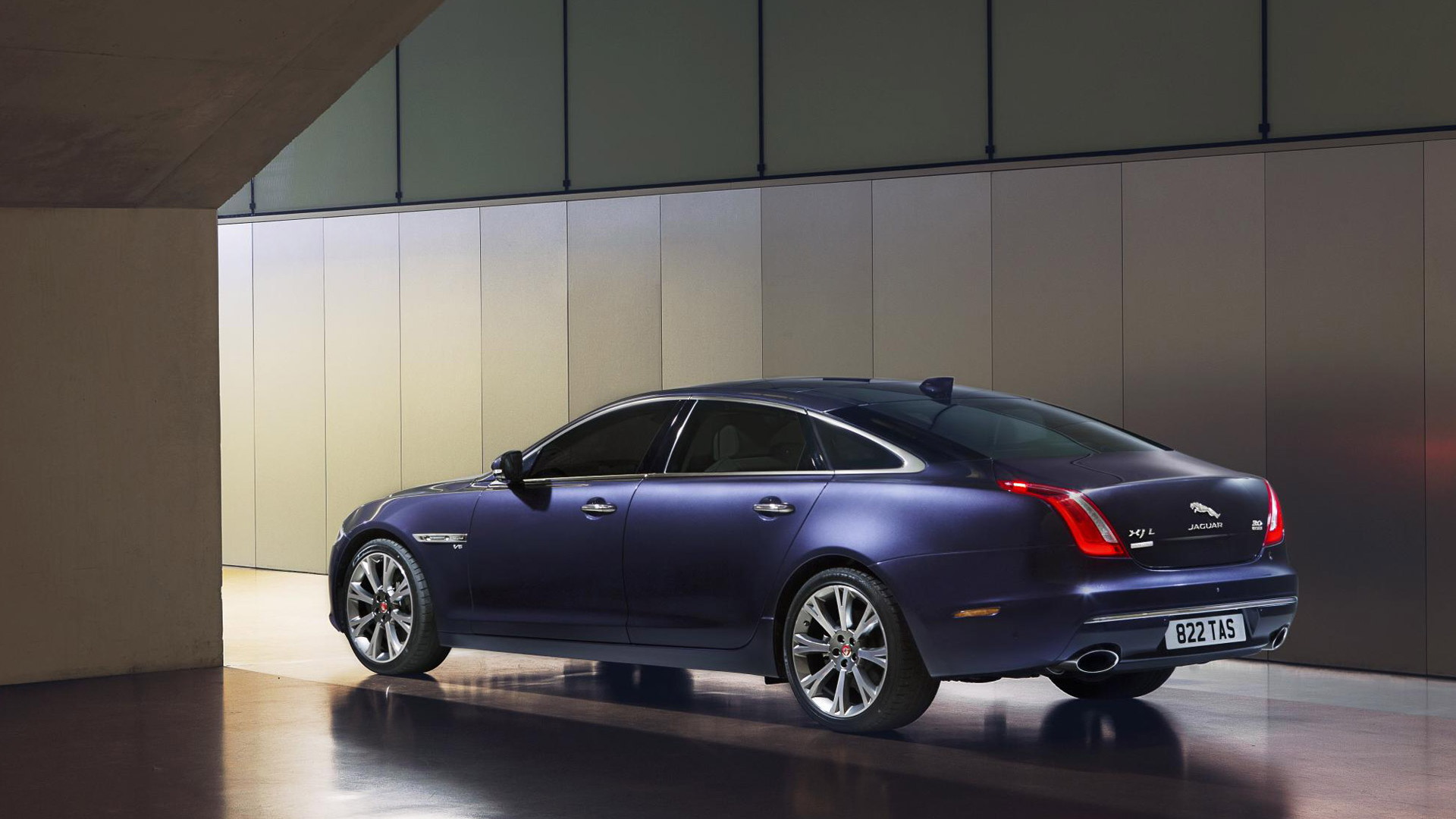 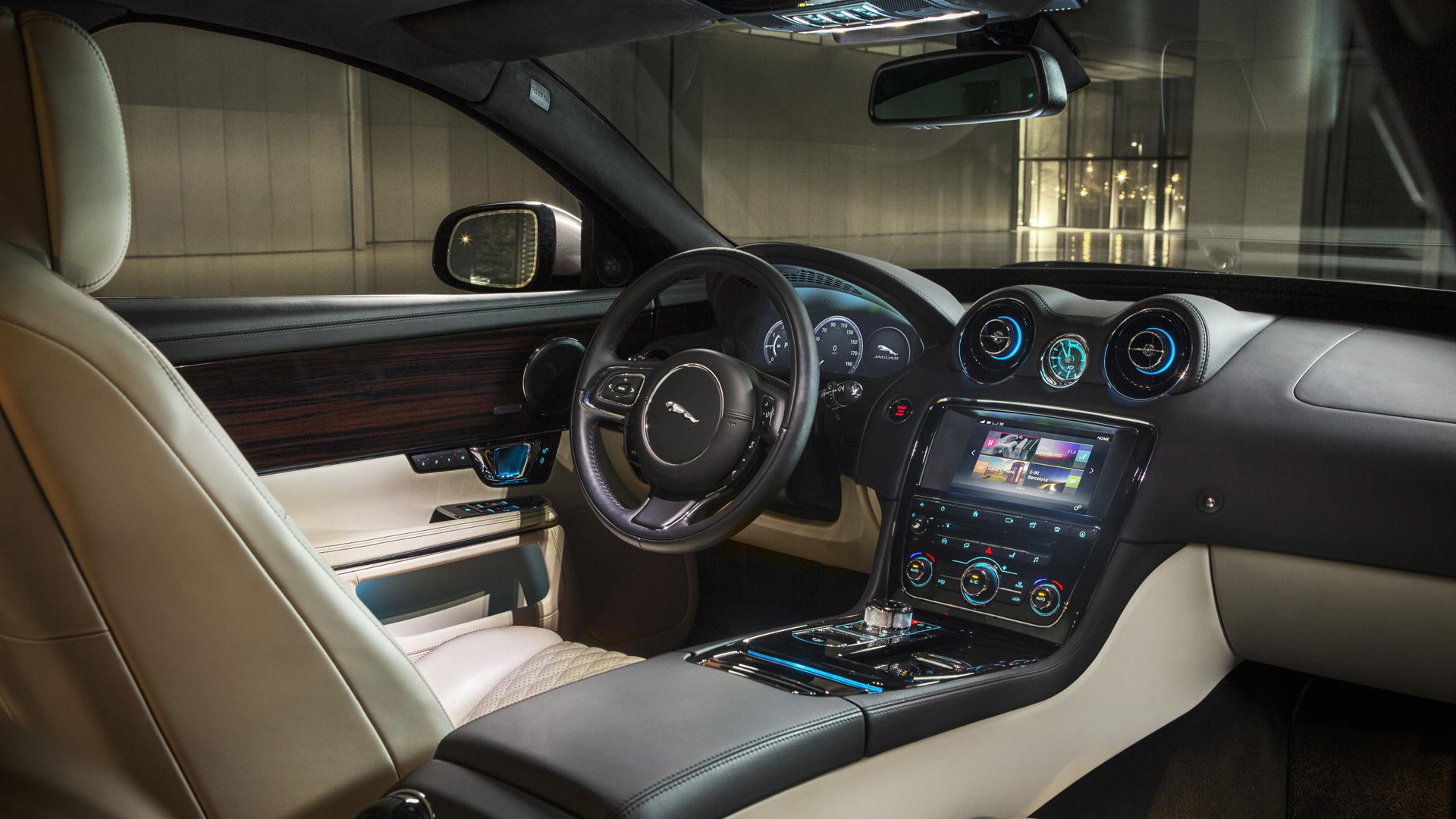 Jaguar has a busy year ahead of it, with an expanded F-Type range and all-new XF already announced for the 2016 model year and now we can add an updated version of the XJ flagship sedan too. As expected, Jaguar’s design team has left the sultry lines of the XJ untouched, though there have been a few tweaks made—including the addition of full LED headlights—to bring the car’s styling into line with the rest of the Jaguar lineup.

For example, the headlights feature new internals similar to those on the new 2016 XF and 2017 XE, and the grille is now more upright and positioned deeper in the bumper. At the rear, the LED tail-lights feature a “J-signature” graphic and the bumper has been enhanced with a strip of chrome and diffuser-like valance. New oval-shaped exhaust tips finish off the look.

Changes are even harder to spot inside as most of the updates have been in the area of tech features. The user interface is built around Jaguar’s InControl Touch Pro infotainment system, which features an 8.0-inch touch-screen display and offers seamless iOS and Android connectivity, a Wi-Fi hotspot and a Meridian premium audio system. The main instrument cluster consists of a reconfigurable 12.3-inch display that now offers full-screen navigation display, and working together with a smartphone app you can have full door-to-door guidance. For those who prefer to ride in the back, a new rear-seat entertainment package is also being offered.

The base option remains a 340-horsepower supercharged 3.0-liter V-6. Above this is a supercharged 5.0-liter V-8, which still delivers 470 hp in its most basic setting. A 550-hp version of the supercharged 5.0-liter V-8 is also still on offer, reserved for the XJR performance variant. All-wheel drive is also still on offer, though as before it’s only available on V-6-equipped models. An eight-speed automatic remains standard across the range. A turbocharged 3.0-liter V-6 diesel is offered in other markets and is rated at 300 hp.

In the ride and handling department, Jaguar engineers have added electric power-assisted steering which the automaker says improves responsiveness and driver feedback (the system first appeared on the 2016 F-Type). There’s also Jaguar’s impressive All-Surface Progress Control (ASPC) stability system. Designed to help drivers pull away smoothly and without drama on very low friction surfaces, the system makes it easier and safer to drive a powerful rear-wheel-drive car at low speeds on slippery surfaces such as snow, ice and wet grass.

Conventional traction control systems attempt to modulate what happens once the wheels begin to slip, but ASPC starts working almost as soon as you press the gas pedal. Working between a range of 2.2 and 18.6 mph, ASPC doesn't just provide fine control of the throttle but also uses the brakes in opposition to the throttle. So from a standstill, only very low engine torque is applied to the driven wheels, enabling smooth progress with little or no wheel spin.

On top of this, there is a host of new electronic driving aids working to ensure you don’t end up in trouble. Some of the various systems include traffic sign recognition, adaptive cruise control with traffic crawling, incoming vehicle sensing (for rear and adjacent lanes), cross traffic and blind spot alert, a surround-view camera, and automatic steering for certain parking situations (you simply control the pedals and transmission).

Finally, Jaguar has expanded the 2016 XJ lineup with some new trim levels, including Jaguar Land Rover group’s range-topping Autobiography trim. XJ Autobiography models can be distinguished by chrome surrounds for the front intakes, 20-inch “Maroa” style wheels, quilted leather trim with accent stitching, a leather headliner, special wood inlays, illuminated stainless steel door sills, and two individual seats in the rear with reclining and massage functions. The aforementioned rear-seat entertainment package is also featured in the XJ Autobiography. A sporty R-Sport trim level has also been added, though it’s not clear yet if this option will be available in the U.S.

The 2016 Jaguar XJ will be showrooms this fall. An official world debut is scheduled for the 2015 Frankfurt Auto Show in September. For more from the show, head to our dedicated hub.