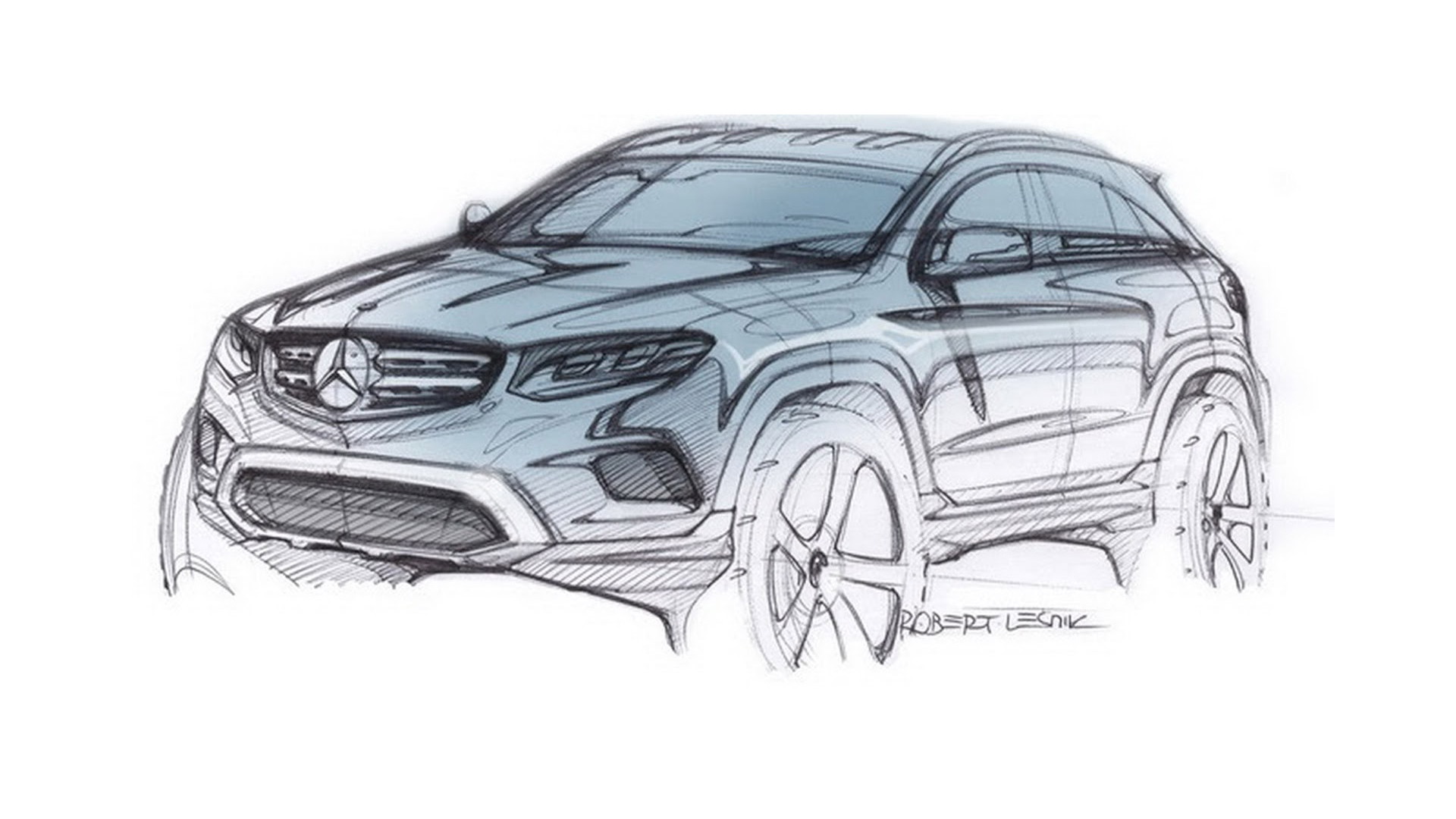 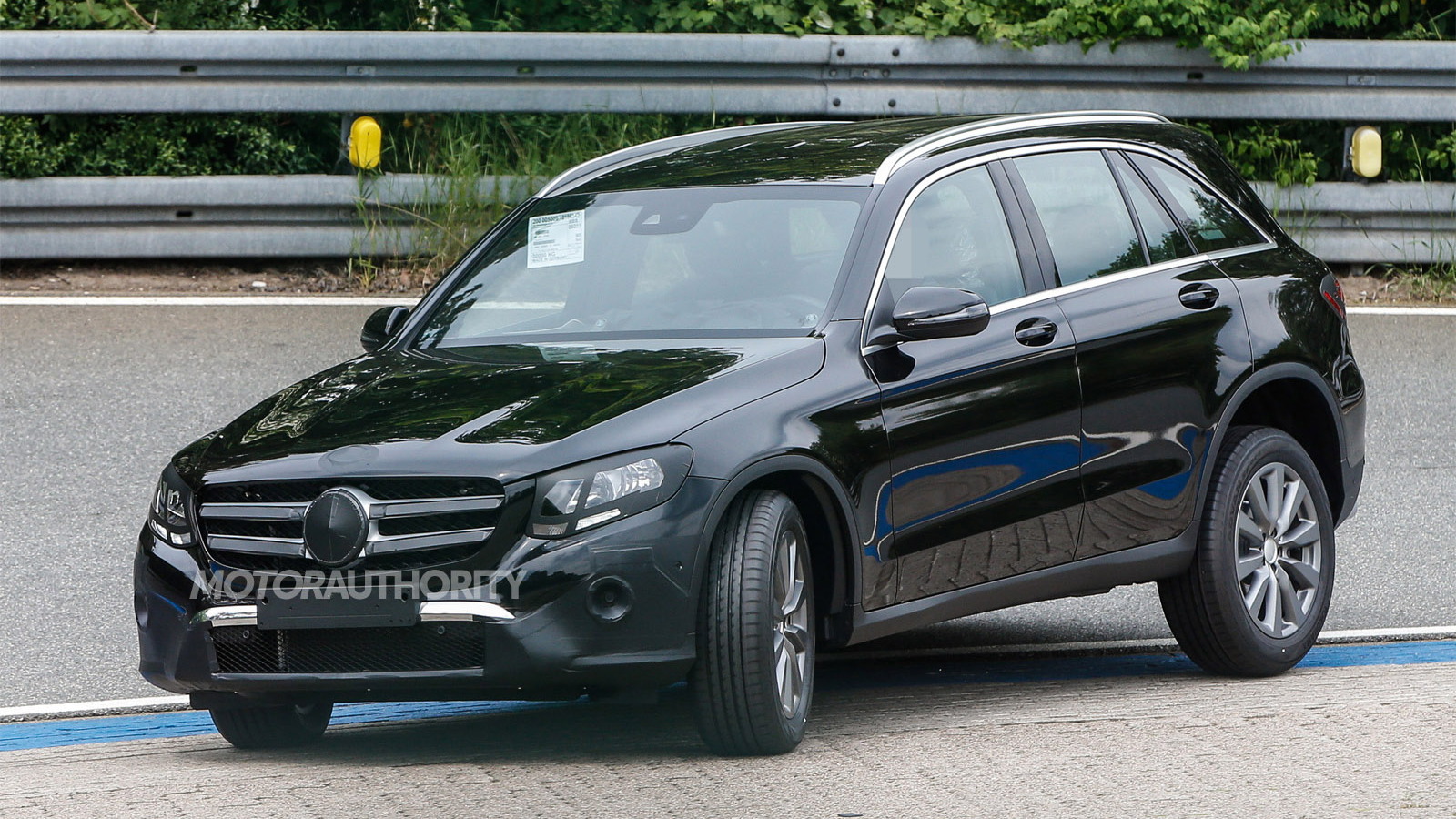 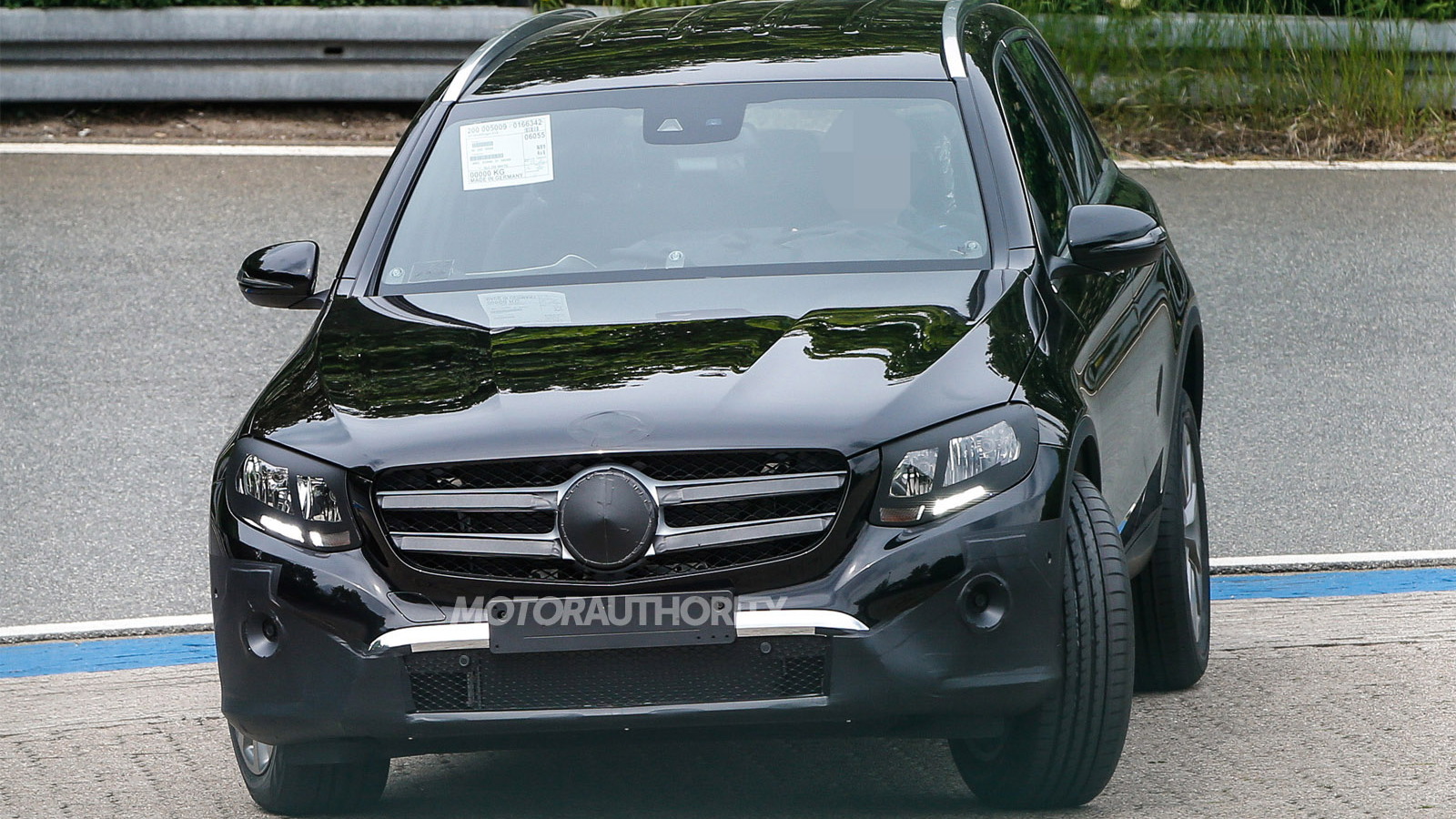 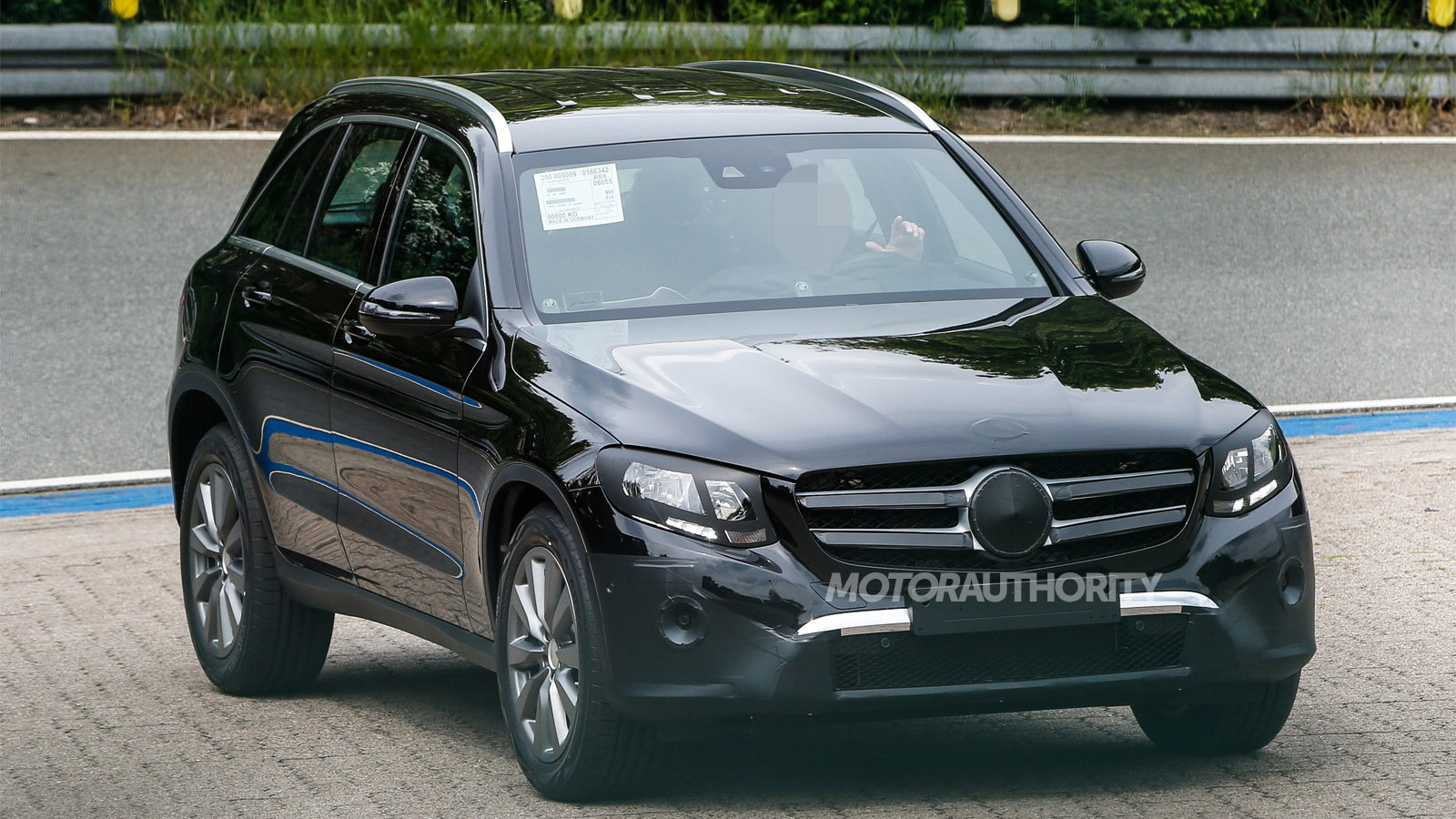 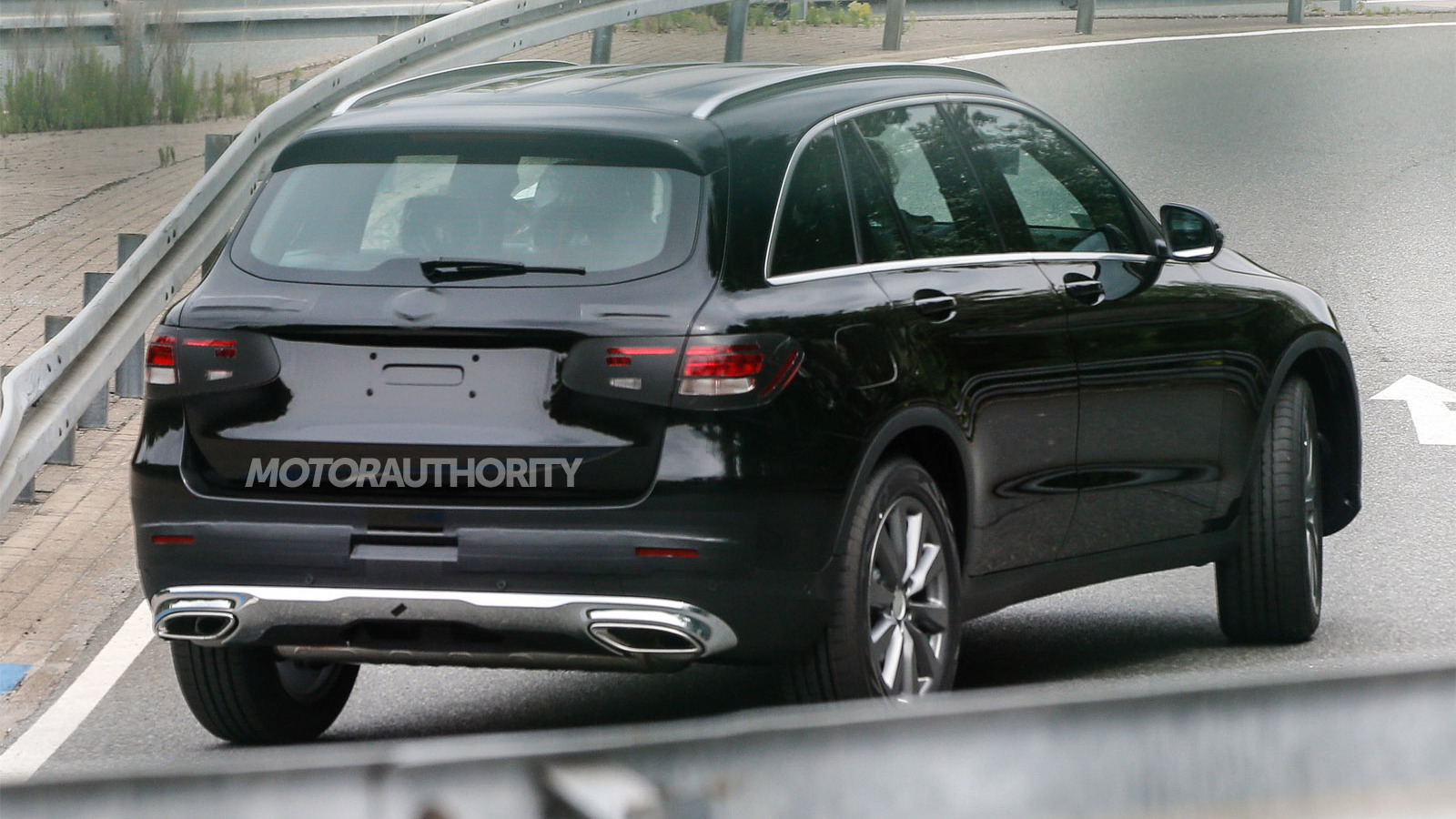 Mercedes-Benz’s replacement for its GLK-Class, the GLC, has been confirmed for a June 17 reveal and in the lead up to the new small SUV’s arrival the German automaker has released this teaser sketch. We’ve been spying prototypes for months and the latest examples doing the rounds are wearing barely any camouflage gear. They show that the GLC will wear a handsome, somewhat sporty design clearly influenced by other models in the Mercedes lineup.

The switch to the GLC name for this GLK replacement is part of Mercedes’ new naming strategy, where the “C” in the name reflects the vehicle’s positioning in the C-Class family. The GLC will also share a platform with the latest C-Class, in this case the flexible MRA rear-wheel-drive platform that will eventually underpin most Mercedes sedans and SUVs from the C-Class up.

Mercedes has confirmed that air suspension will be offered on the GLC, a first for the segment. It will be joined by other advanced technologies including vehicle dynamics adjustment and 4Matic all-wheel drive. Fuel economy is also said to be up considerably compared to the outgoing GLK.

On Wednesday, we’ll be seeing the regular GLC and perhaps a sporty GLC AMG Sport variant as well. Eventually, we’re expecting a V-8-powered GLC63 AMG as well as a GLC350e plug-in hybrid and even a GLC Coupe. The new GLC will rival vehicles like the Audi Q5 and BMW X3 while the GLC Coupe will take on the likes of the BMW X4 and Land Rover Range Rover Evoque.

Sales of the GLC should commence late this year or early next, making it a 2016 model. A formal debut at the 2015 Frankfurt Auto Show in September is planned.

Stay tuned for the full reveal in a couple of days.