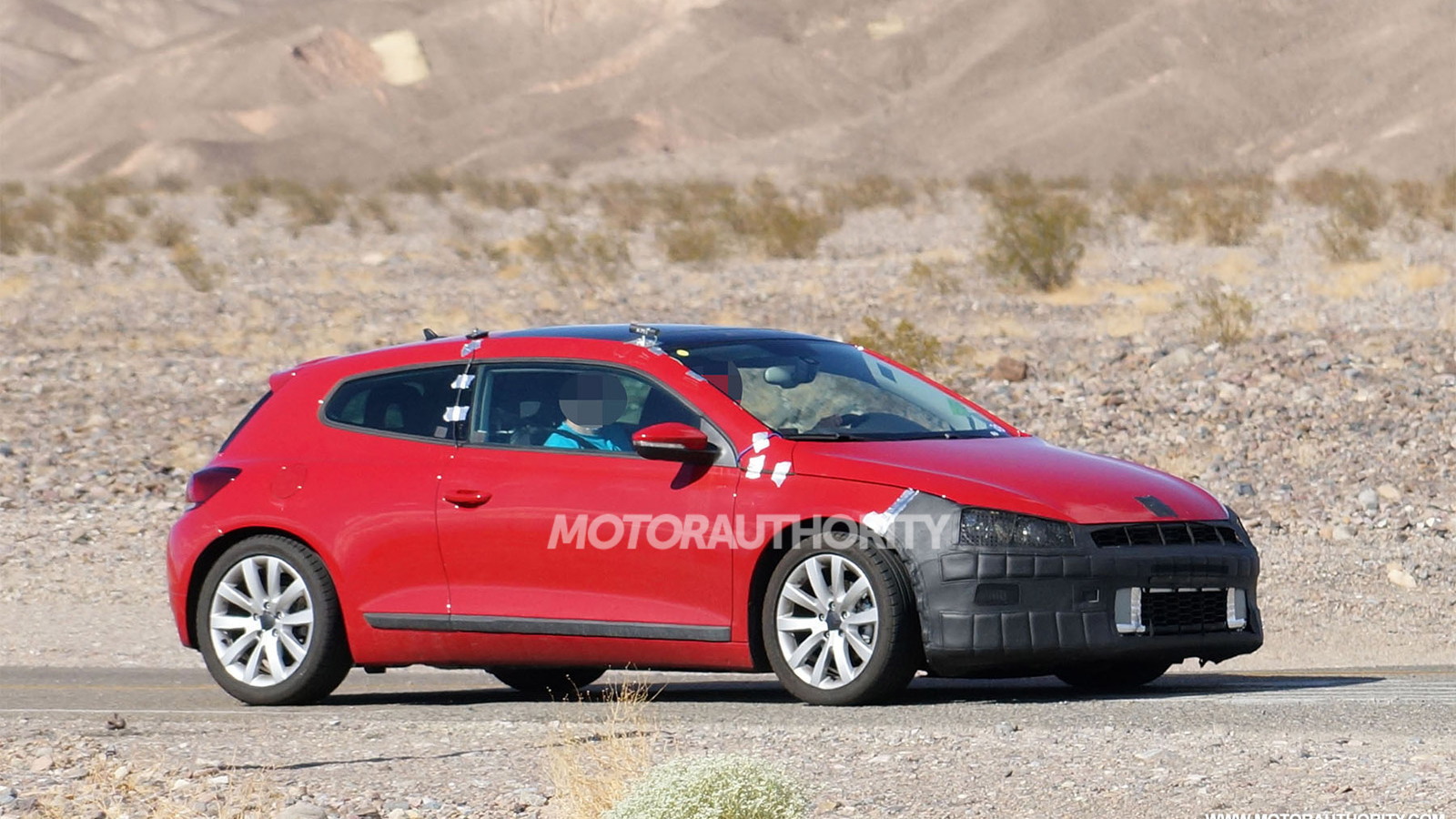 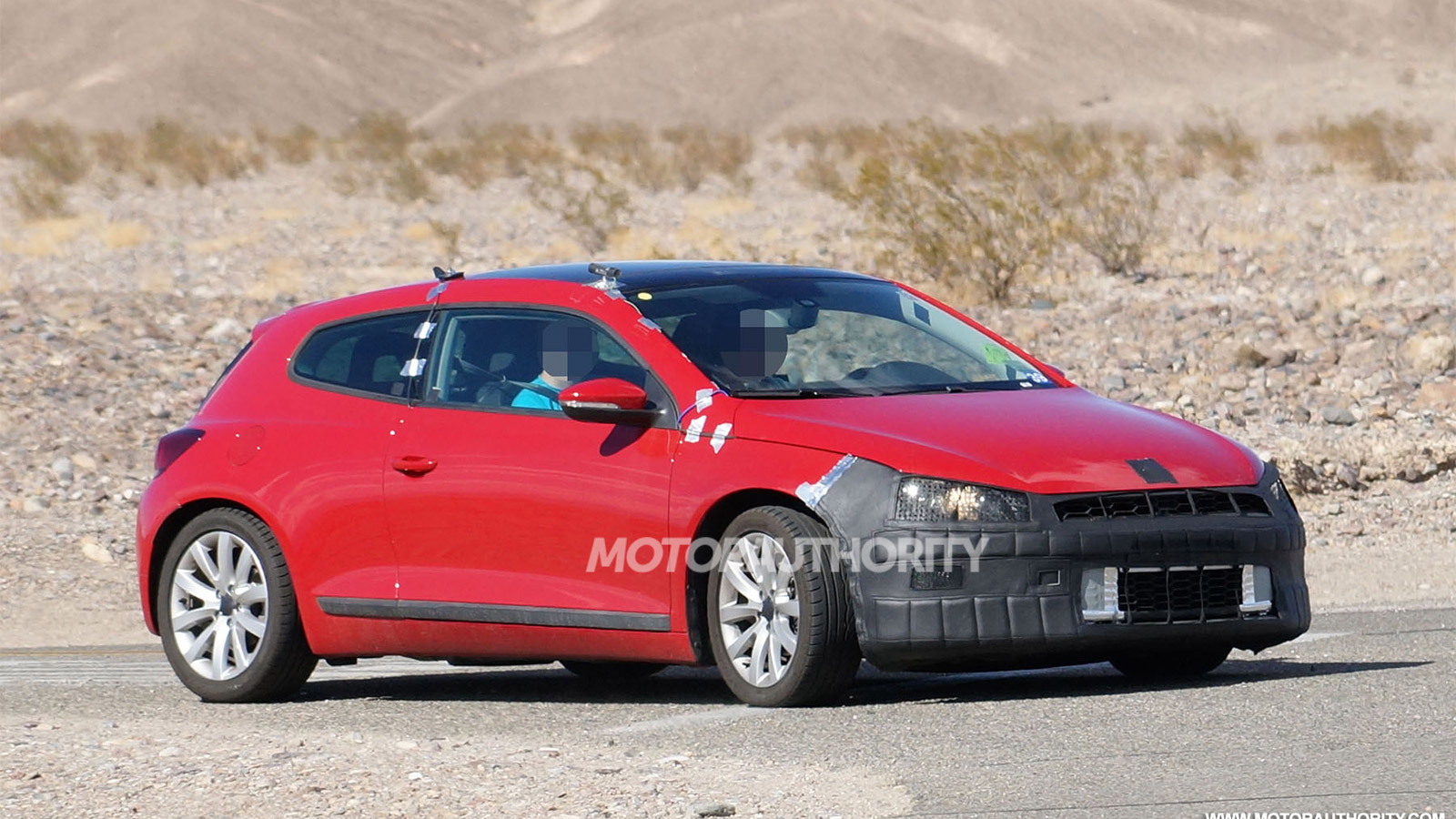 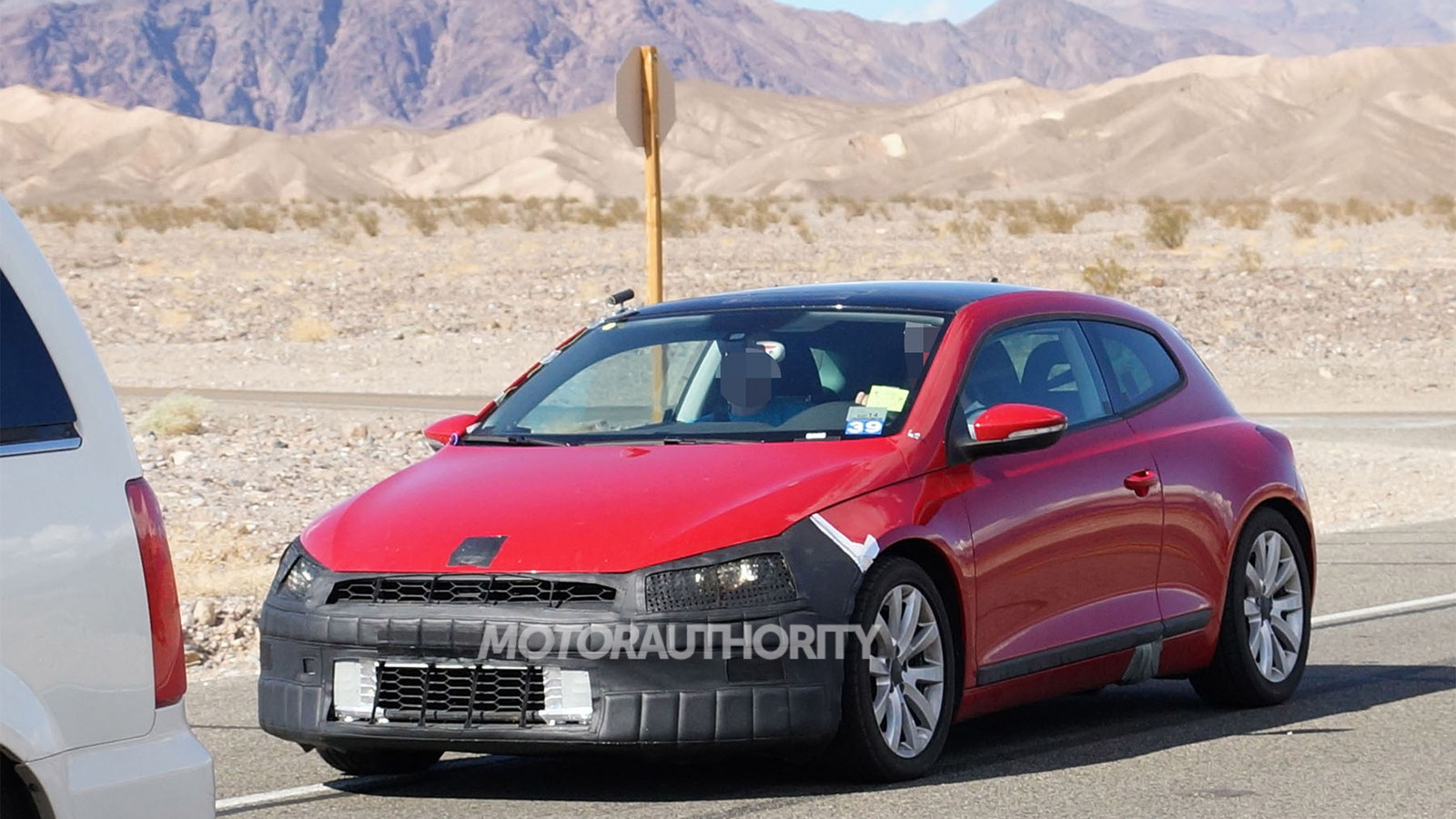 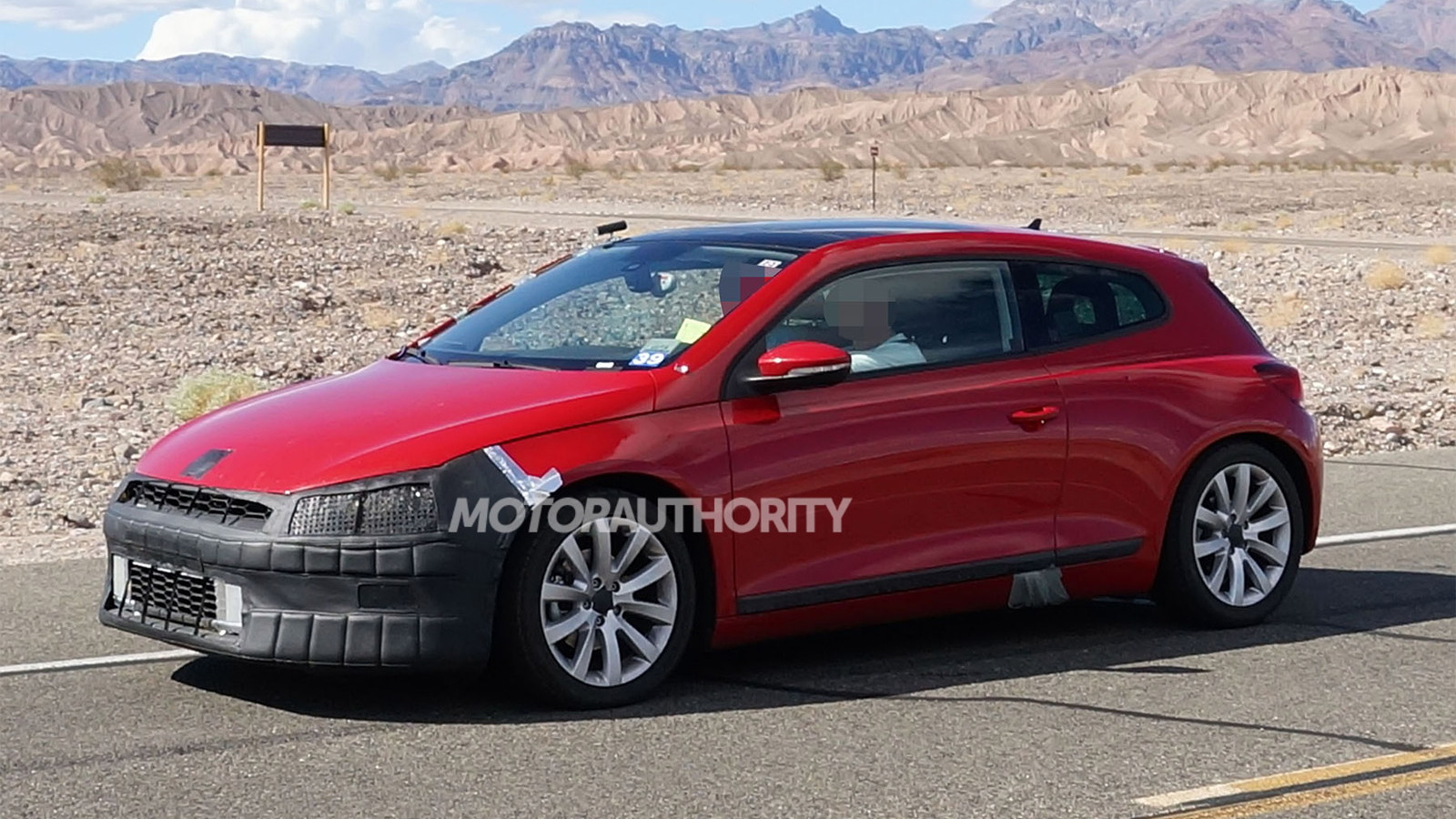 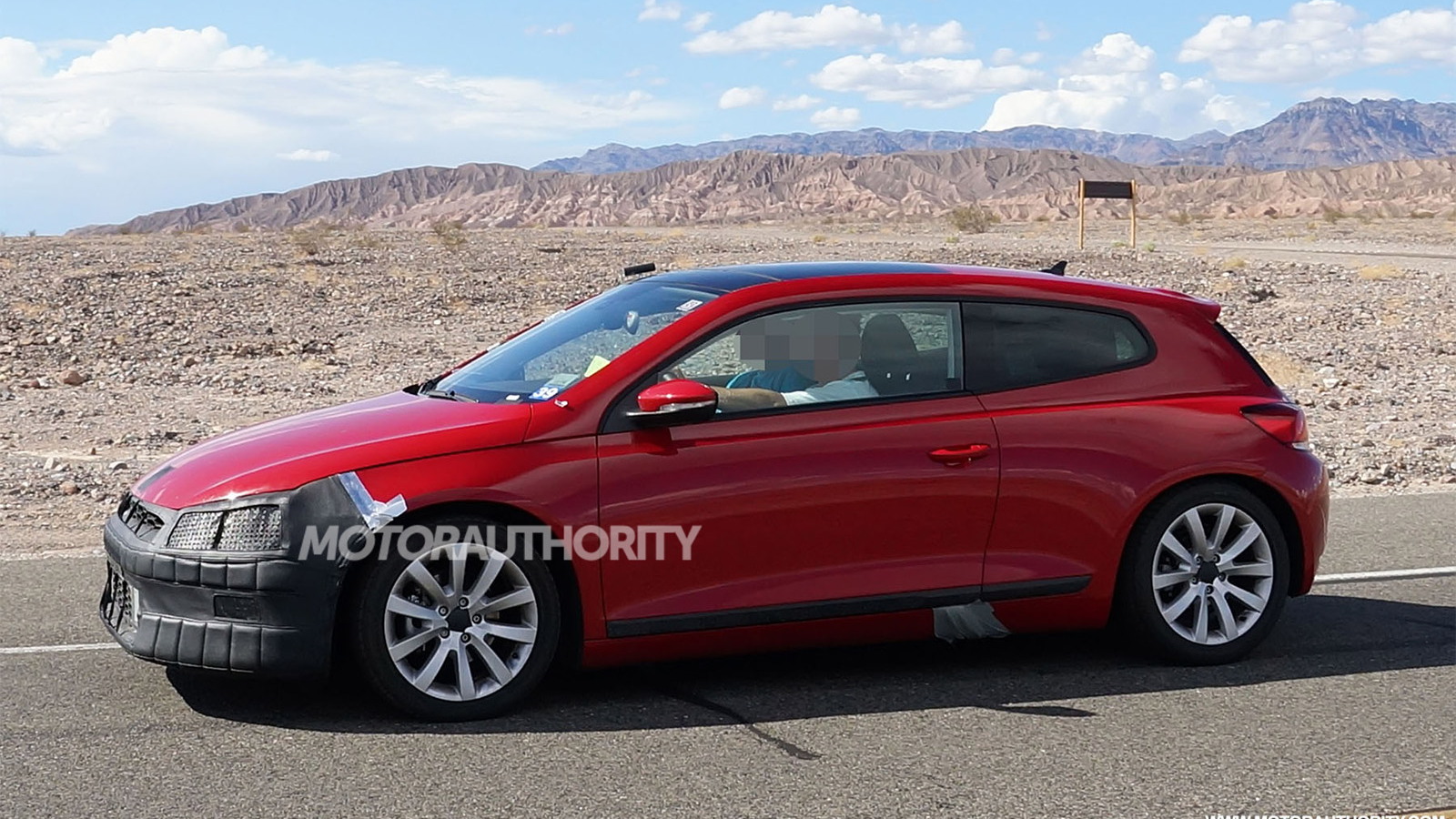 7
photos
A third-generation Scirocco wearing some camouflage gear has been spotted testing in the U.S., but don’t get too excited as Volkswagen has no plans to import the car, at least in this generation. Engineers are preparing a mild facelift that’s due to be introduced for the Scirocco next year and will bring the car’s styling into line with the rest of the VW lineup.

It appears only the front section is receiving an update, despite the Scirocco being largely unchanged since its launch in 2008. Expect some sharper lines and a wedge grille similar to that added to the 2013 CC. The shape of the headlights will also be tweaked and will likely feature some new LED elements.

While the exterior’s sultry shape isn’t expected to change much, the interior should receive a revamp and get some of VW’s latest tech goodies. Look for a new touchscreen interface, extra connectivity and some new safety gear like the automaker’s Automatic Post-Collision Braking System, which automatically applies the brakes following a collision to reduce residual kinetic energy.

It’s not clear what VW's plans for the engines are, though we could see some increases in power across the board. VW introduced a slate of updated engines with its latest Golf and some of these could end up in the updated Scirocco. The base unit should remain a 1.4-liter TSI, perhaps outputting as much as 138 horsepower, while the range-topping Golf R may end up adopting the latest Golf R’s 296-horsepower 2.0-liter turbo four.

Look for the updated VW Scirocco to make its debut at the 2014 Geneva Motor Show next March. A completely redesigned version sharing the latest Golf’s flexible MQB platform is due in 2015 and may even be offered in the U.S.