Volkswagen is in the process of expanding its lineup with some stylish new models falling under its performance-themed 'R-Line' range.

The latest is the R-Line version of the recently-updated 2013 Volkswagen CC, which is making its official world debut on June 1 at the 2012 Leipzig Auto Show in Germany before heading to U.S. showrooms before the year is out.

Volkswagen’s R-Line models don’t get any serious performance upgrades like the automaker’s R range, which in the U.S. consists solely of the 2012 Golf R model, though there are still a number of items worthy of mentioning.

It misses out on the CC’s V-6 engine and instead comes exclusively with the turbocharged 2.0-liter four-cylinder. Peak output is 200 horsepower and the engine can be matched to either a six-speed manual or six-speed dual-clutch automatic.

While the CC R-Line model won’t be available for sale until later this year, the regular model has been on sale since March and is priced from $30,250. Expect pricing for the new CC R-Line to be announced closer to launch. 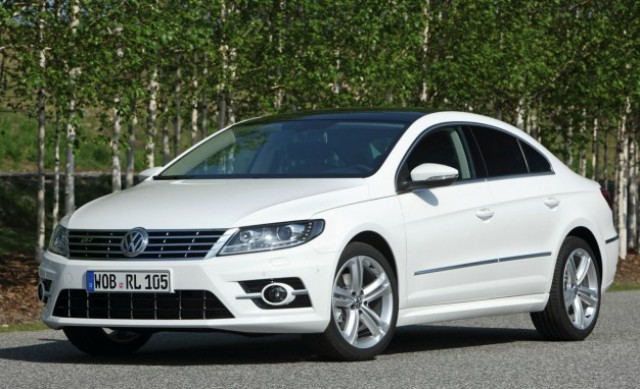