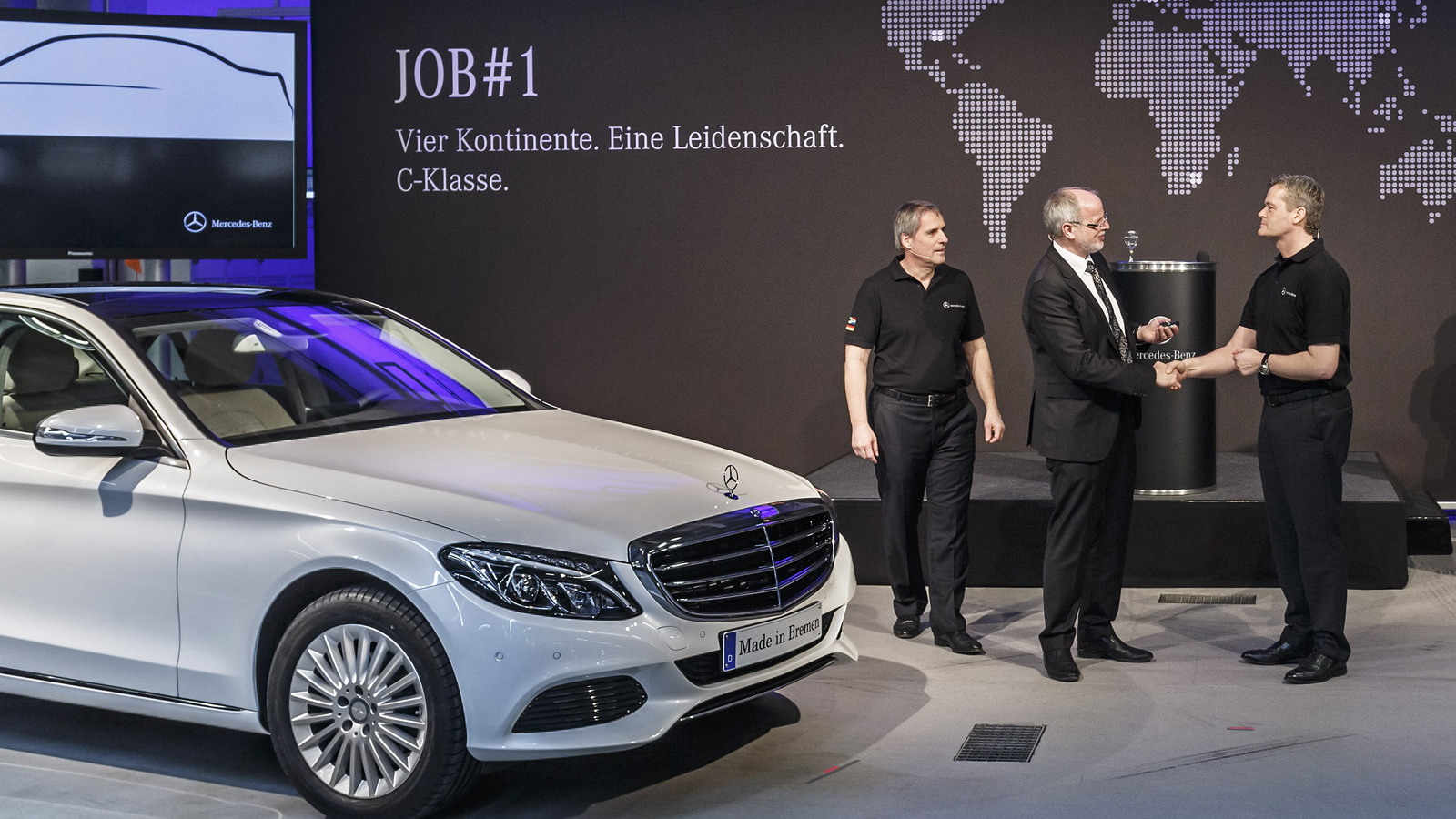 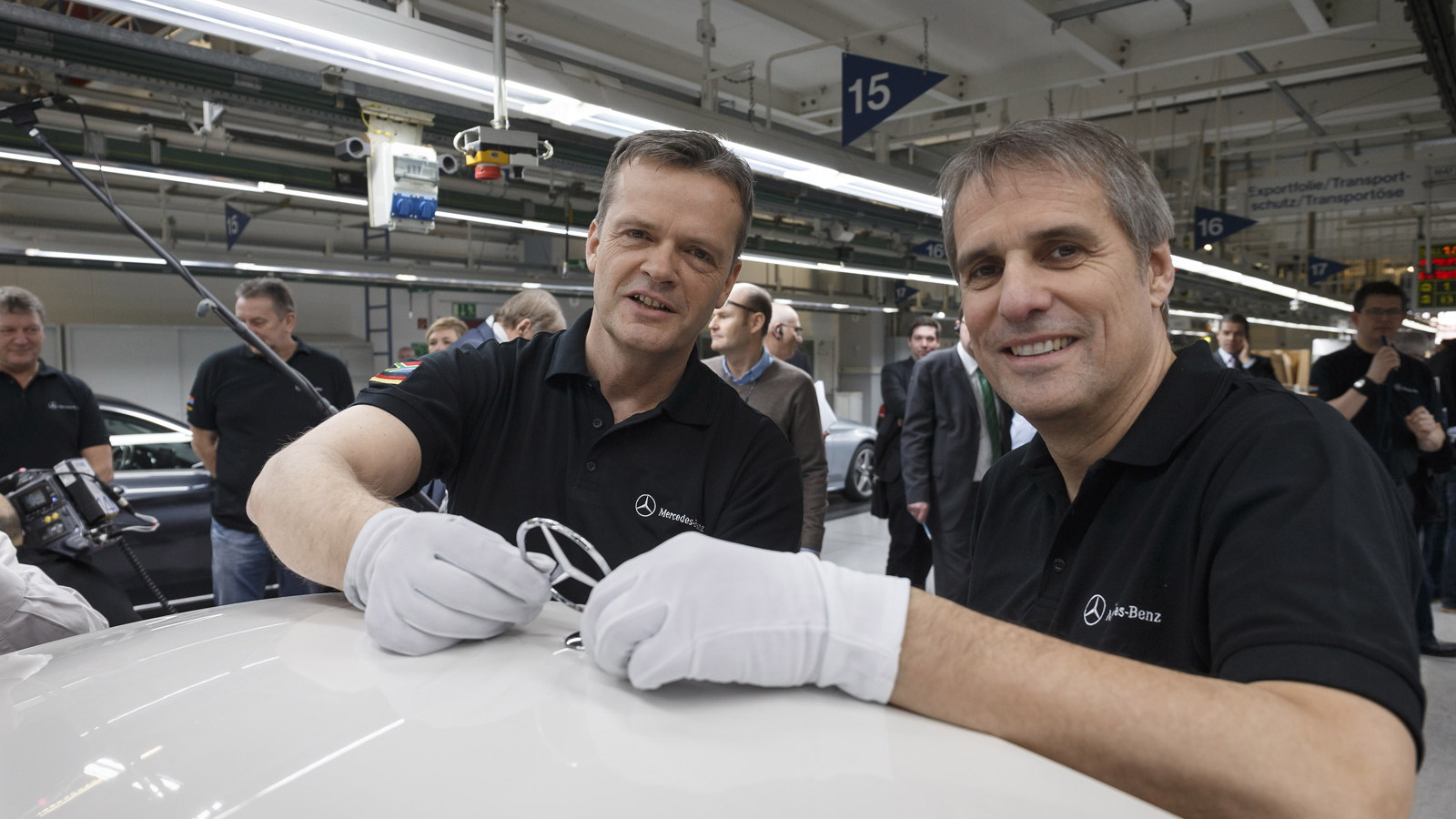 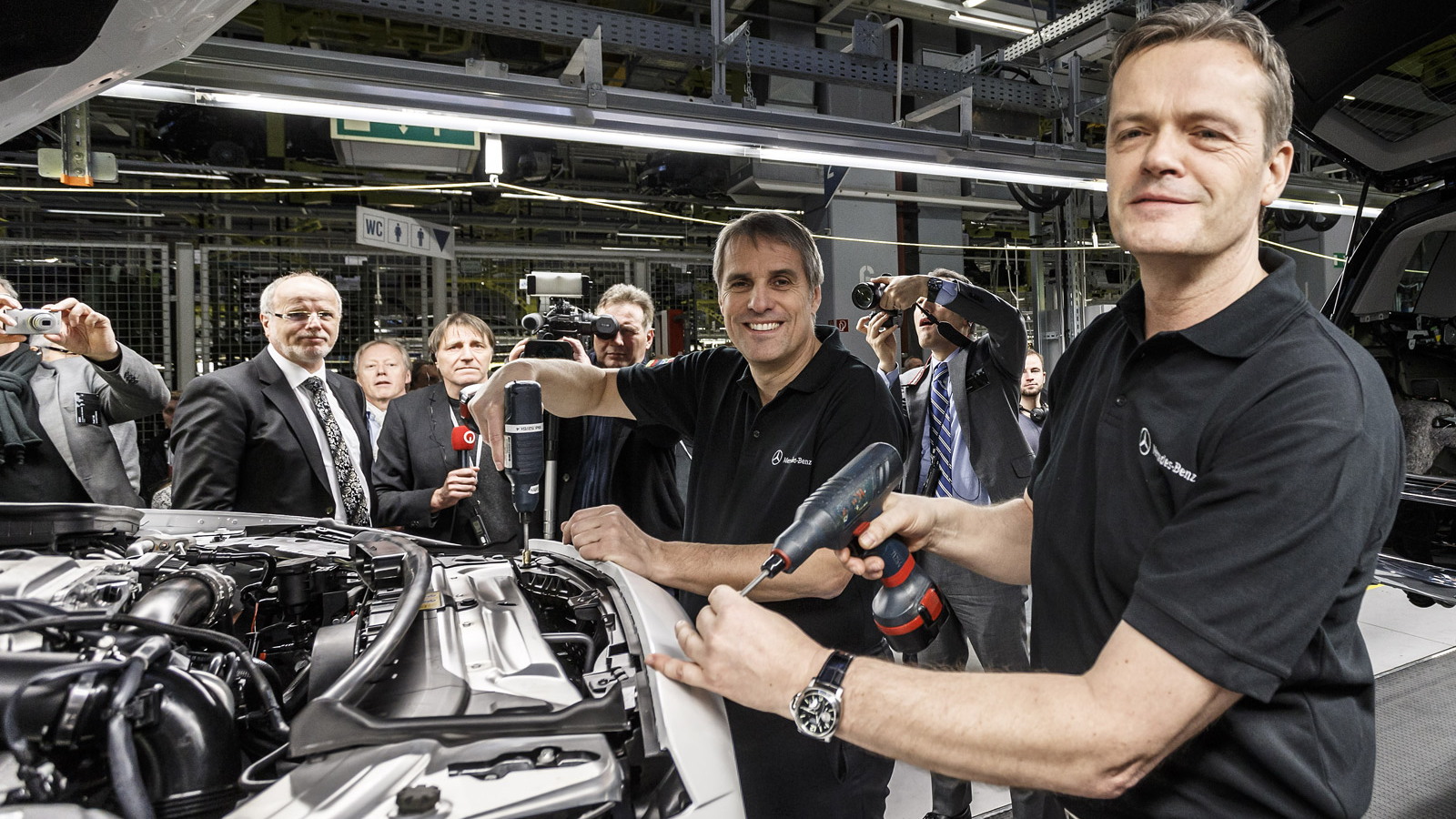 20
photos
The first retail example of the all-new 2015 Mercedes-Benz C-Class rolled off the line today at the car’s plant in Bremen, Germany. The event marks the start of another chapter for Mercedes’ best-selling vehicle, which has found a home with 8.5 million customers since the nameplate’s introduction in the early 1990s.

But the plant in Bremen is just one of five to be responsible for production of the latest C-Class, with other locations set to include Mercedes’ plant in Tuscaloosa, Alabama in addition to plants in Brazil, China and South Africa.

Most versions of the 2015 C-Class destined for sale in the U.S. starting this fall will obviously come from the plant in Tuscaloosa. Two versions will be available at launch: the C300 4MATIC and C400 4MATIC. Further down the track we can expect fuel-efficient diesel and hybrid models as well as a high-performance AMG variant.

Mercedes is spending upwards of 2 billion euros ($2.7 billion) in revamping its plants for production of the new C-Class, with half of that going to the Bremen plant which controls global production of the car--from the tooling strategy to the training of staff. The automaker is thereby ensuring that the highest quality standards are met at all production sites right from the outset.

Key areas of focus have been the new materials used in the body and the quality of the cabin, which is a level above that found in rivals. The main challenges have been the body’s material mix, new manufacturing technologies and process monitoring facilities. The aluminum content of the body structure, for example, is 50 percent higher compared to its predecessor. This mix of aluminum and steel contributes to significantly improved protection against corrosion.

Pricing and availability for the 2015 C-Class will be announced closer to the sales launch this fall.