With the 2013 Chicago Auto Show taking place this week, we sure you've already guessed that we have plenty of photos to bring you for the latest installment of This Week’s Top Photos.

However, our first shot isn’t from the Windy City. It shows the latest Porsche 911, in this case the 2013 911 Carrera 4S, sitting next to the original 911 model that went on sale in 1964 and was shown to the world for the first the preceding year.

However, due to a dispute with French automaker Peugeot, which argued that only it could use numerical names for vehicles where the middle number was a zero, Ferdinand Porsche decided to call it a 911.

The car was the replacement for Porsche’s previous 356 and was designed by Ferdinand Alexander Porsche, the grandson of Porsche’s founder.

This year marks the 50th anniversary since the original Porsche 901 prototype was rolled out at the 1963 Frankfurt Auto Show. No doubt Porsche will have something special to show as at this year’s Frankfurt show.

The company has also confirmed that it will be organizing a number of events located around the world, including a global tour of a first-generation 911 model.

The picture above beautifully contrasts the two generations of 911 but, at the same time, the lineage seen between the two cars, separated by five decades, is remarkable.

Porsche has built more than 820,000 examples of the 911 over the years. Today it is considered the quintessential sports car, and a benchmark for all others.

This next photo may be a little blurry but it represents just how close Saab’s former owner, Swedish Automobile (now Spyker), came to building a new generation of the 9-3. The car’s looks are based on an original design by Jason Castriota and its platform was to be the Phoenix architecture developed by Saab just prior to its bankruptcy. 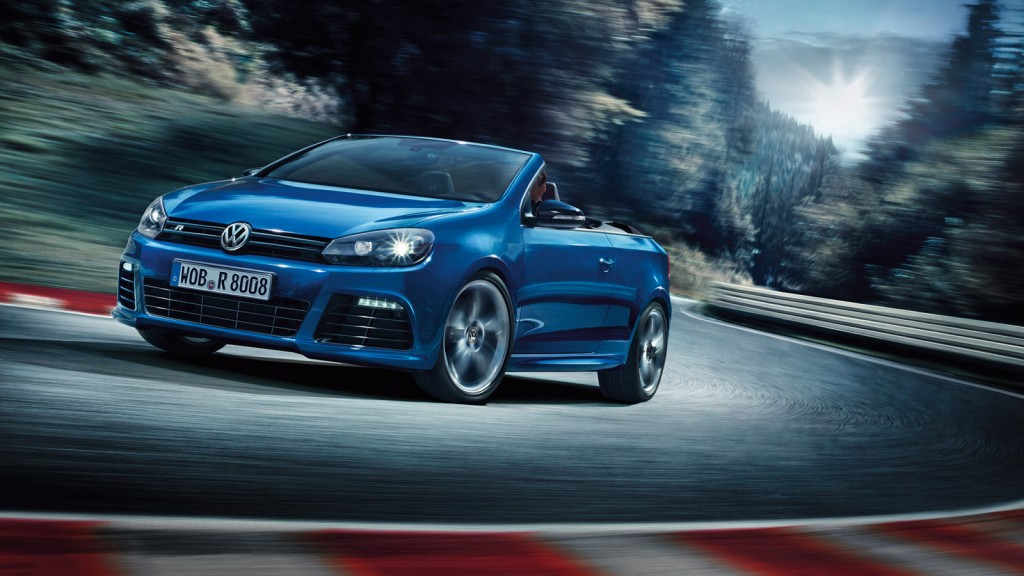 It may not be coming to the U.S., at least in this generation, but this is still a beautiful shot of a pretty nice car. We’d pick the more practical and better performing Golf R hatchback over this convertible, but both are still extremely impressive cars. 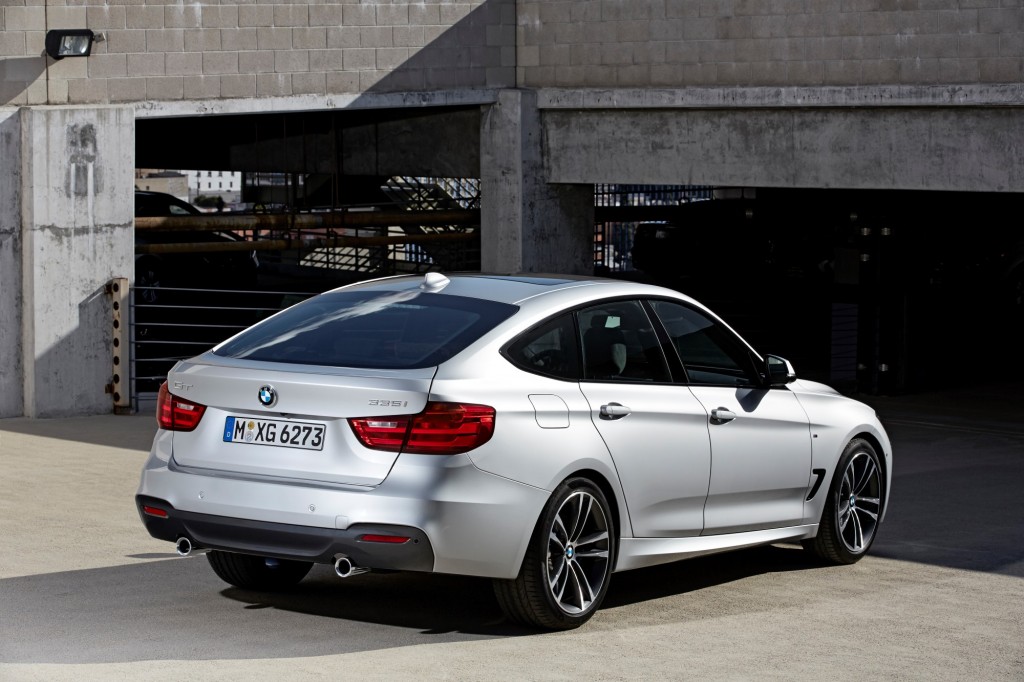 BMW’s upcoming 3-Series Gran Turismo is certainly an acquired taste, though we think it will be a much more popular vehicle than its bigger brother, the 5-Series GT. From some angles, the 3-Series GT looks pretty good. Combine this with its extra practicality and the sharp handling and punchy engines the 3-Series is known for, and we can understand why people will opt for this. 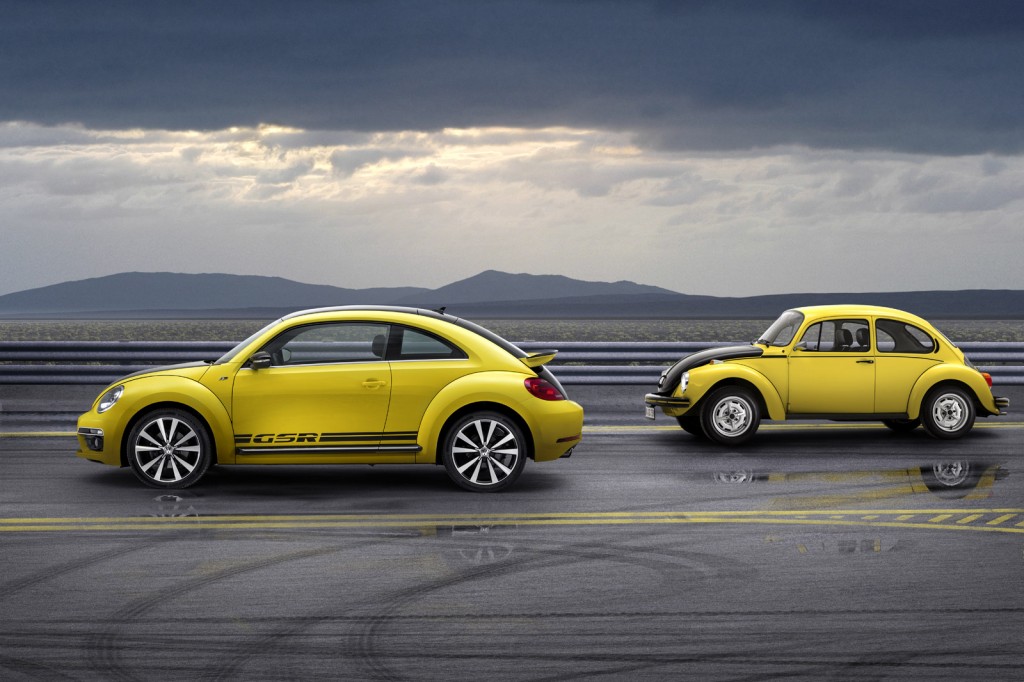 Like the photo of the two Porsches above, this shot showing the original 1972 Beetle GSR with the new 2014 model looks great. It’s impressive to see just how much of the original’s design Volkswagen has implemented on the new generation. We also love that the latest Beetle GSR is packing a 210-horsepower engine under its hood. 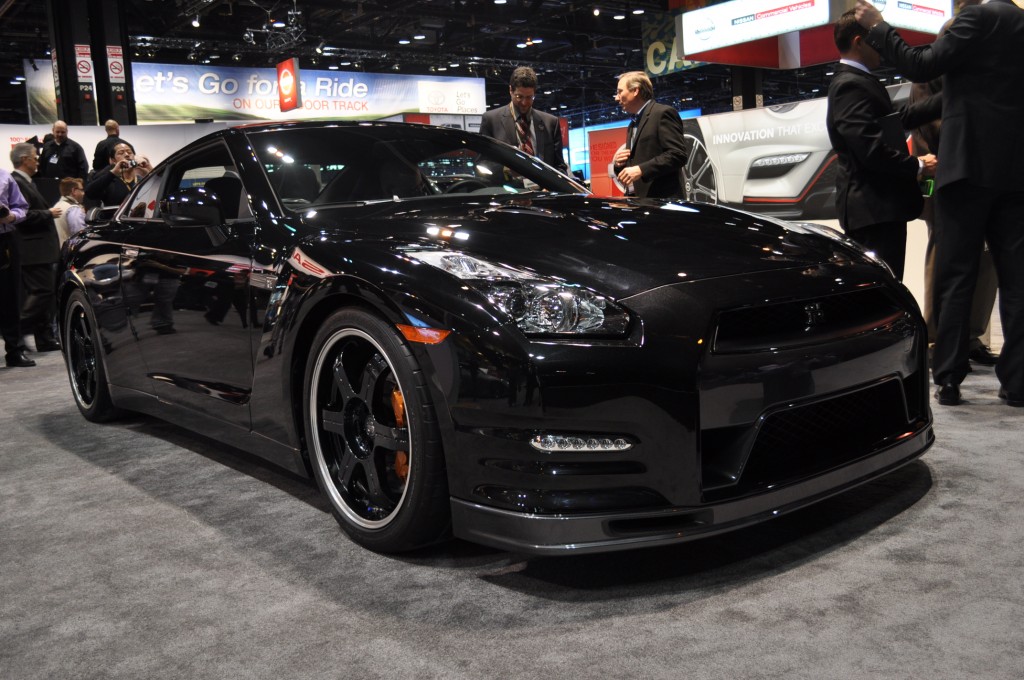 This beast is the 2014 Nissan GT-R Track Edition, which made its debut in Chicago and will be sold in the U.S. later this year. Only 150 are planned, and we bet they’ll all sell out lightning fast. Why? Because the car is not only lighter than a stock GT-R but it also gains a ton of features aimed purely at making it faster around a track. Essentially, because race car. 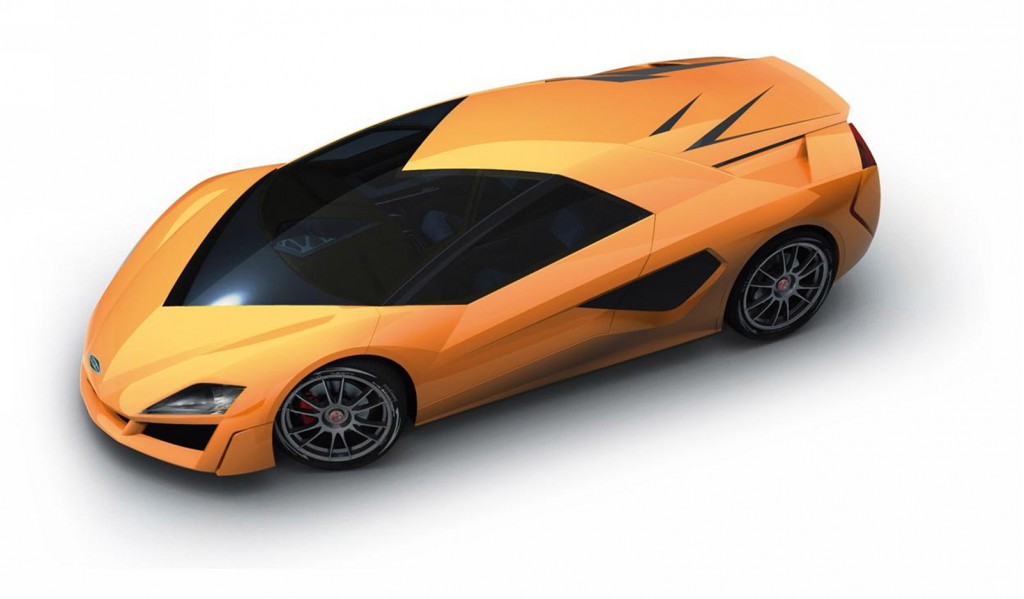 The concept car pictured here actually dates from 2009. It was penned by Italdesign Giugiaro for a company based in the UK, which recently bought struggling automaker Bristol Cars and plans to launch a new supercar with an extended-range electric drivetrain. 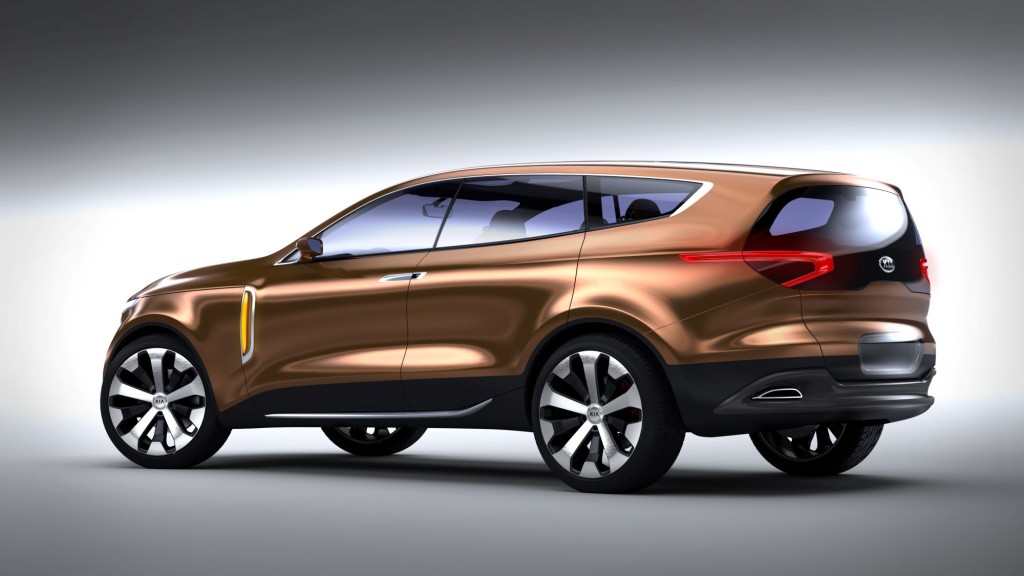 Kia has previewed its future design direction, as well as a further move upmarket, with its Cross GT concept that was shown in Chicago. We like the blunt front-end and swept-back headlights and could easily see this evolving into something that rivals the BMW X5 and Mercedes-Benz M Class.

That's it for this week. If you’re look for more from the 2013 Chicago Auto Show, you can access our full coverage via our dedicated show hub. And if for some reason you aren't already following Motor Authority, we highly recommend you look us up on Twitter and Facebook after you subscribe to our YouTube channel.