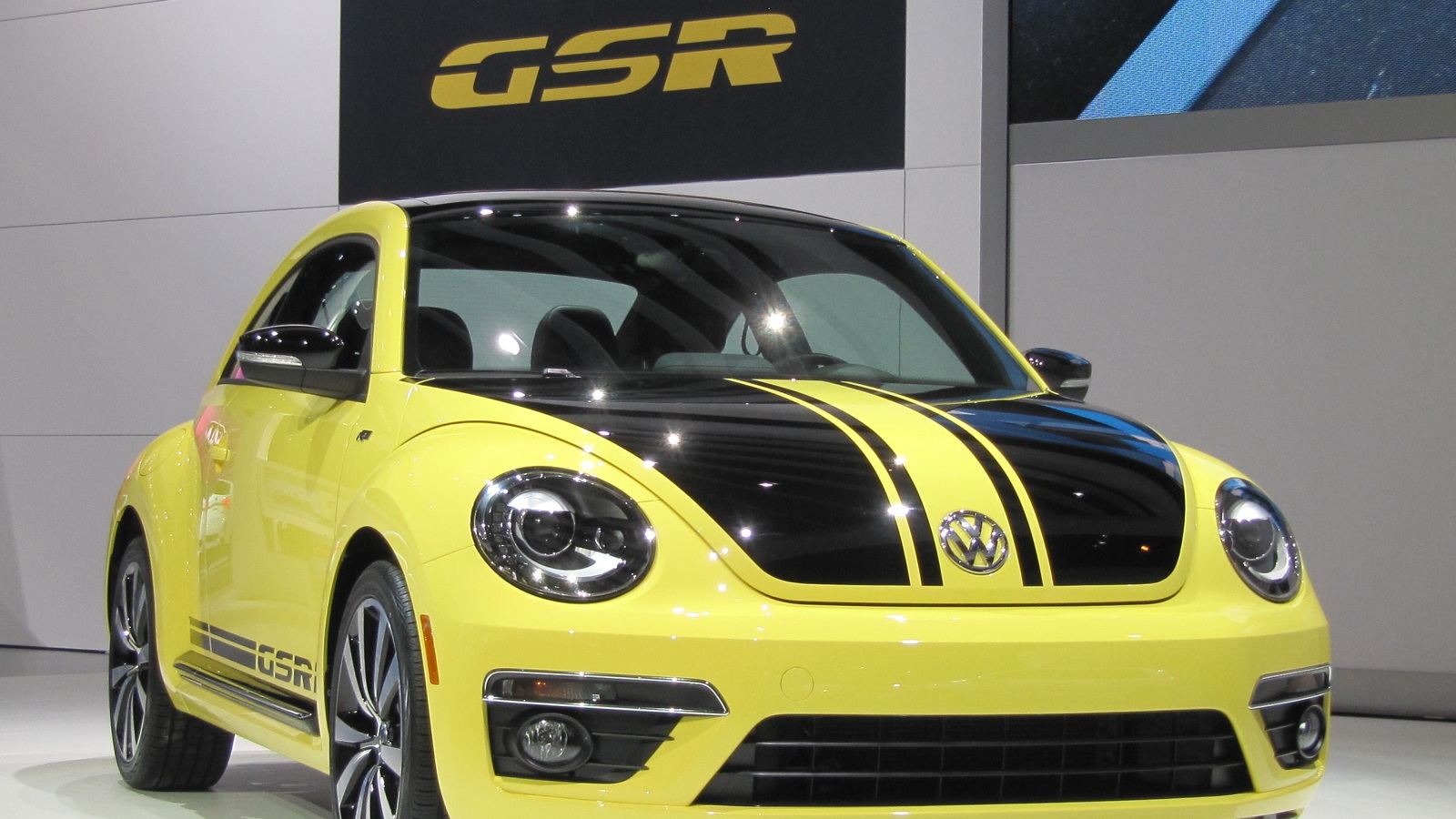 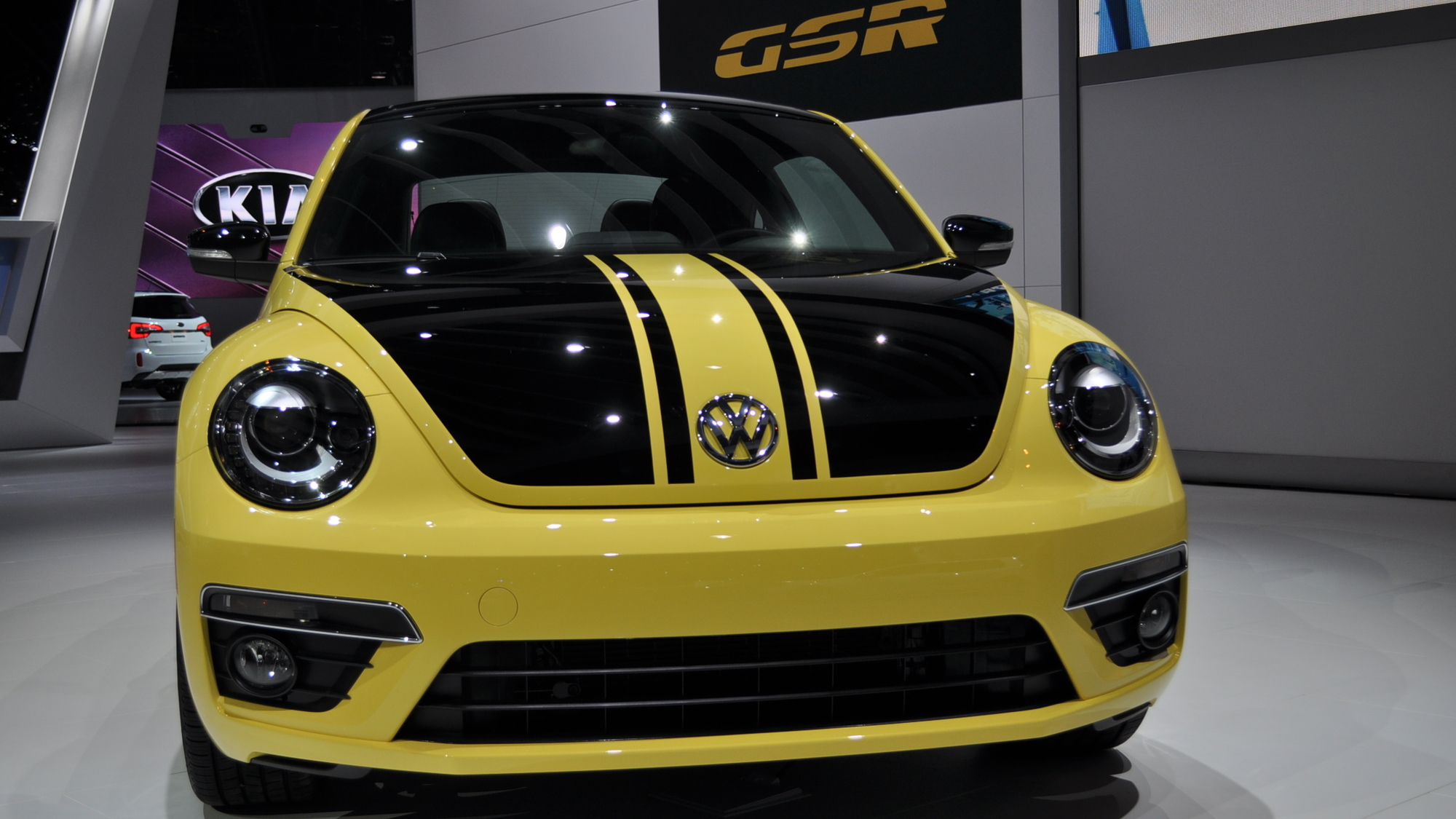 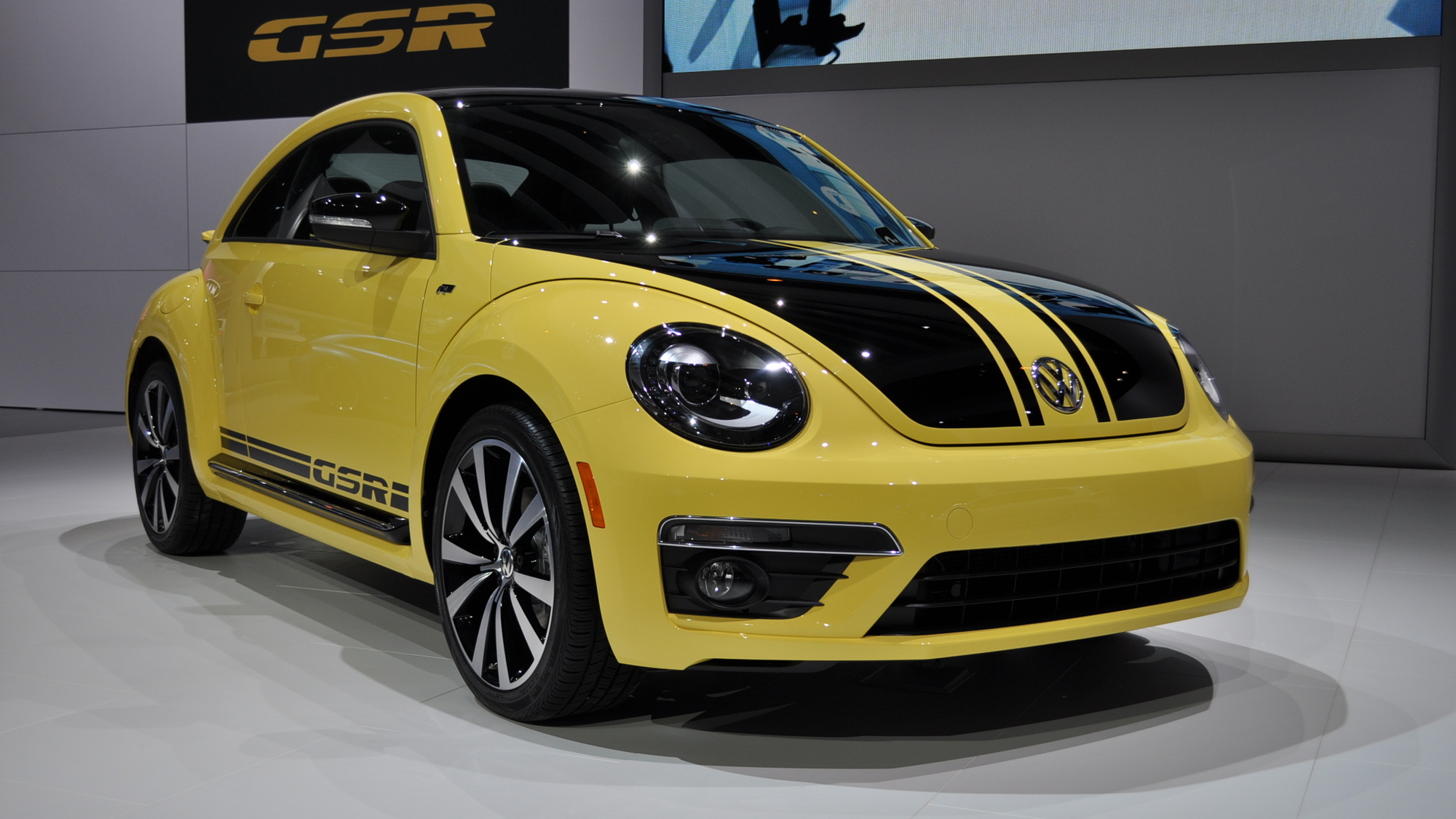 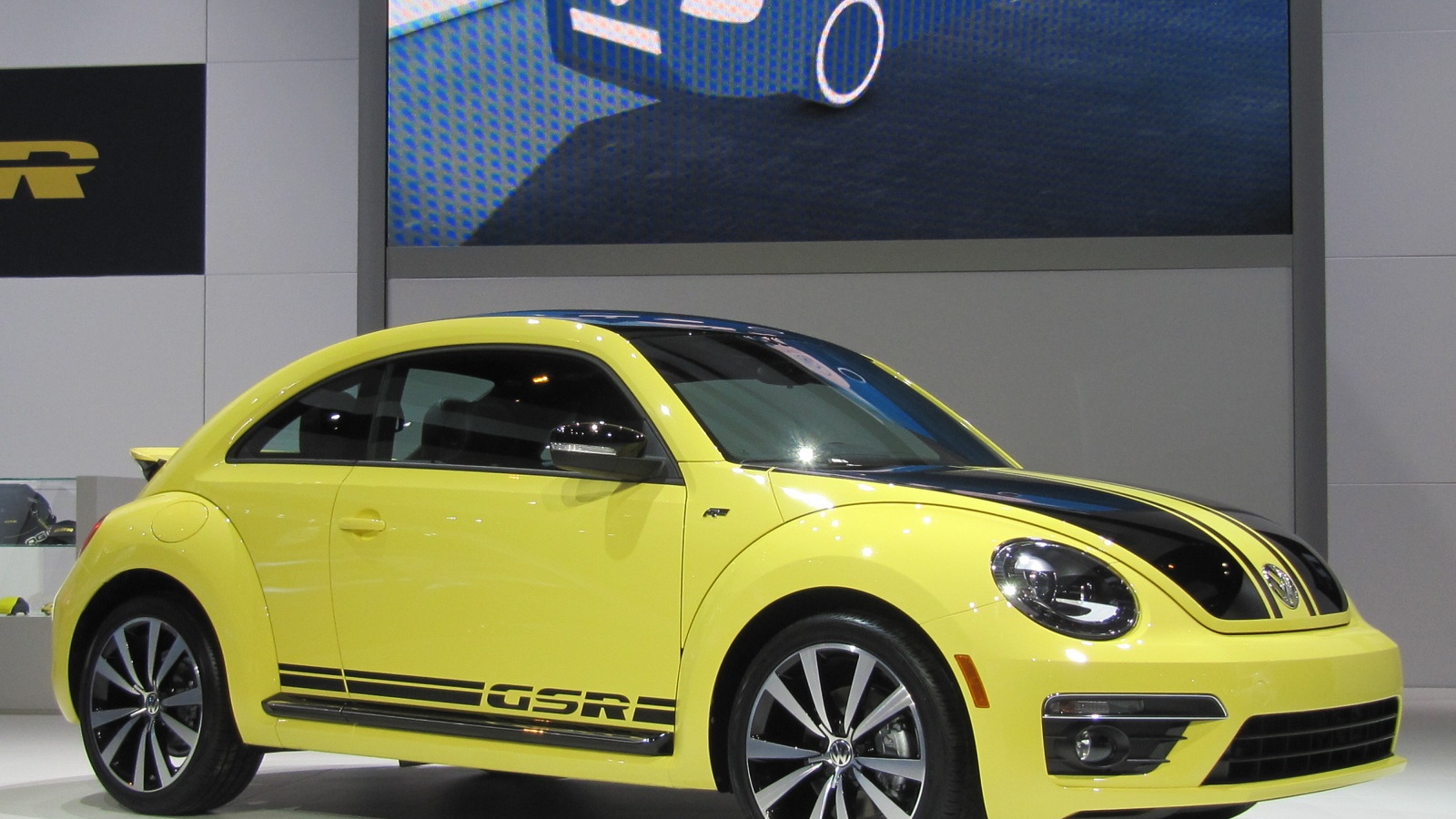 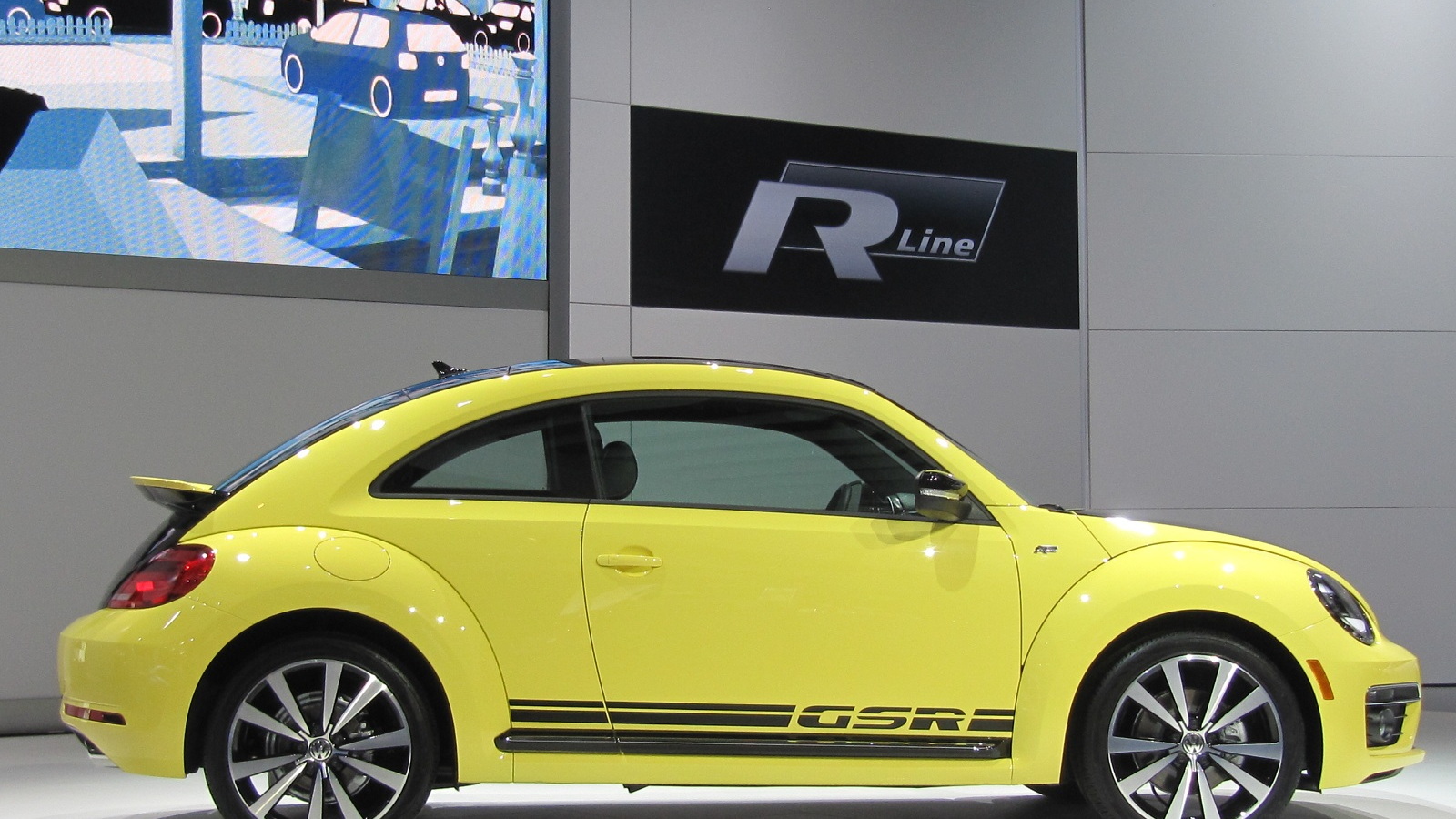 33
photos
The Gelb-Schwarzer Renner is back, making its debut as a 2014 model at the Chicago Auto Show.

For the uninitiated, the tag, which is German for “Yellow Black Racer” and often shortened to GSR, was attached to a special Volkswagen Beetle launched in 1972, which proved so popular it sold out in just two months.

Only 3,500 were built, all for the German market, and just like the original, the new generation will also be limited to 3,500 units, though this time around it will be sold worldwide.

The new model will be known as the 2014 Volkswagen Beetle GSR, and it will be the most potent Beetle in the lineup when it goes on sale in the second half of the year.

It will feature a turbocharged 2.0-liter four-cylinder engine good for 210 horsepower and 207 pound-feet of torque. This engine will also be fitted to the Jetta GLI and Beetle Turbo, adding 10 additional horses to their output.

Like the original 1970s model, the latest Beetle GSR dons a yellow and black paint scheme, which carries into the cabin. Here, owners will find black leather trim on the seats and handbrake lever, which will be contrasted by yellow stitching.

Since the Beetle GSR is based on the Beetle Turbo with Sunroof and Sound model, it also comes comprehensively equipped with a Fender audio system, xenon headlights, Bluetooth connectivity and push-button start. A badge on the steering wheel is marked with the special-edition number (1 through 3,500) to emphasize the uniqueness of the car.

Volkswagen is also using this week’s Chicago Auto Show to introduce its sporty R-Line package on the new 2013 Beetle Convertible. Joining the CC R-Line, Beetle R-Line, and the recently introduced Tiguan R-Line and Touareg R-Line, the Beetle Convertible R-Line will also be added to Volkswagen's 2014 lineup.