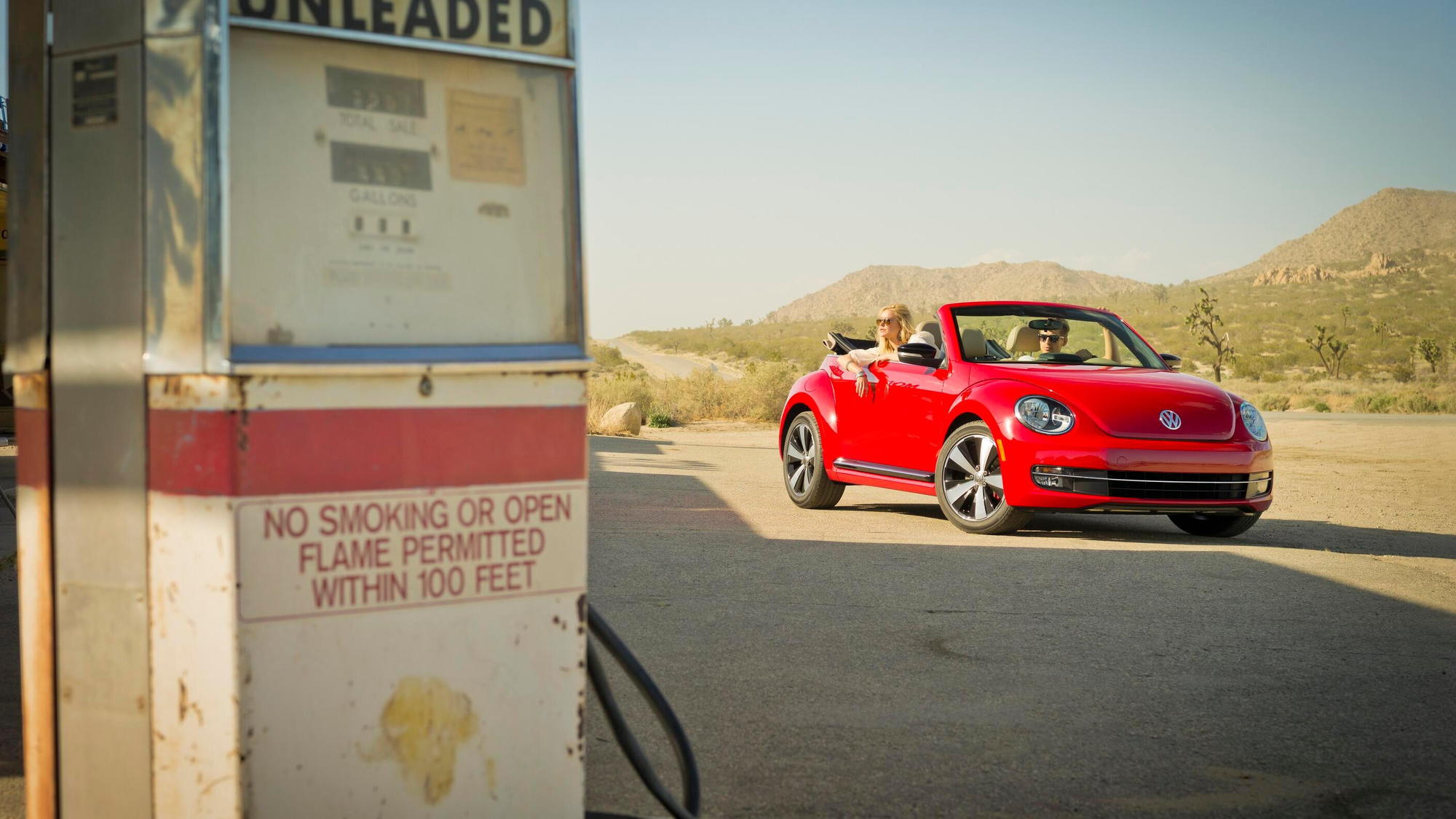 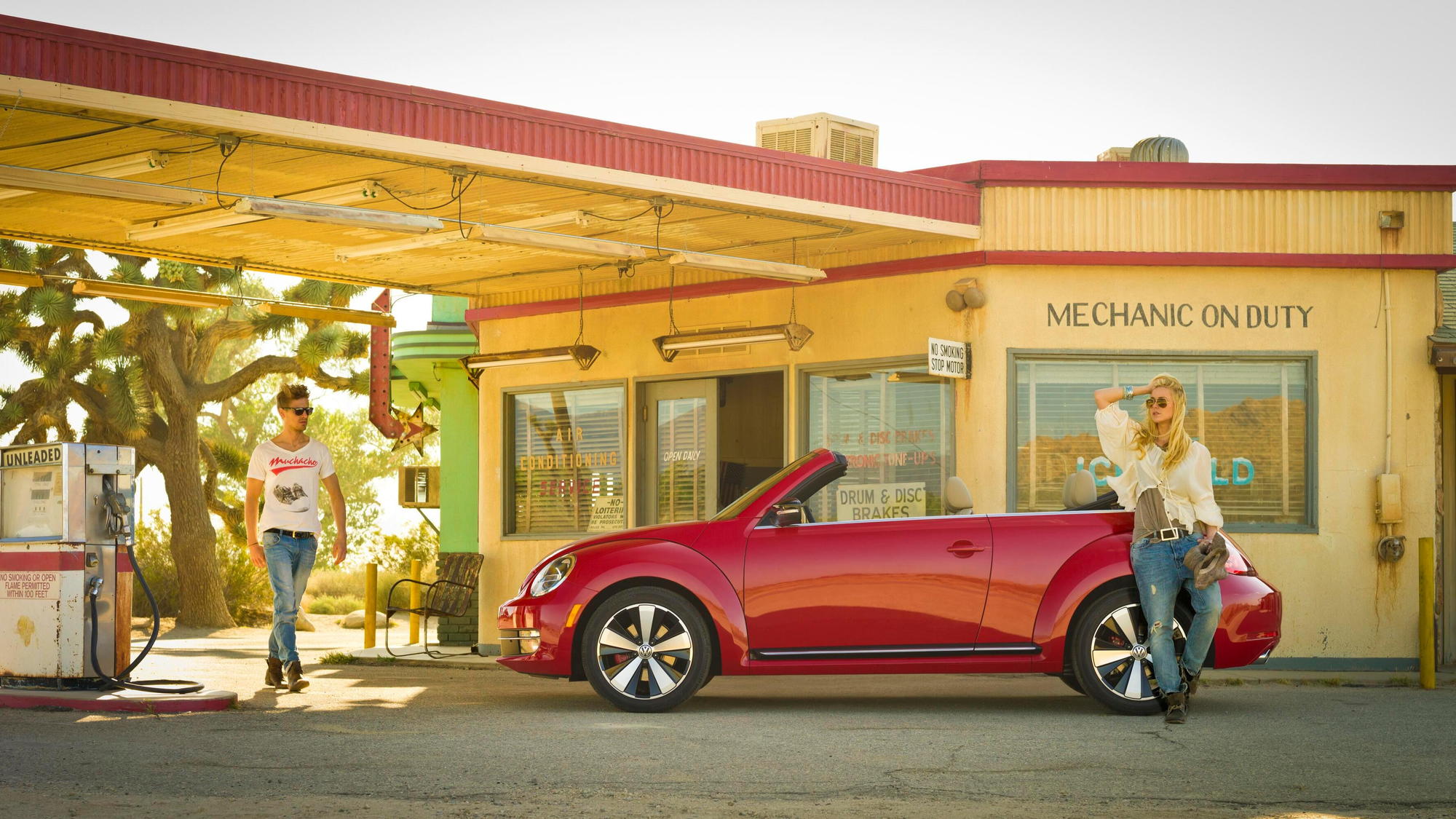 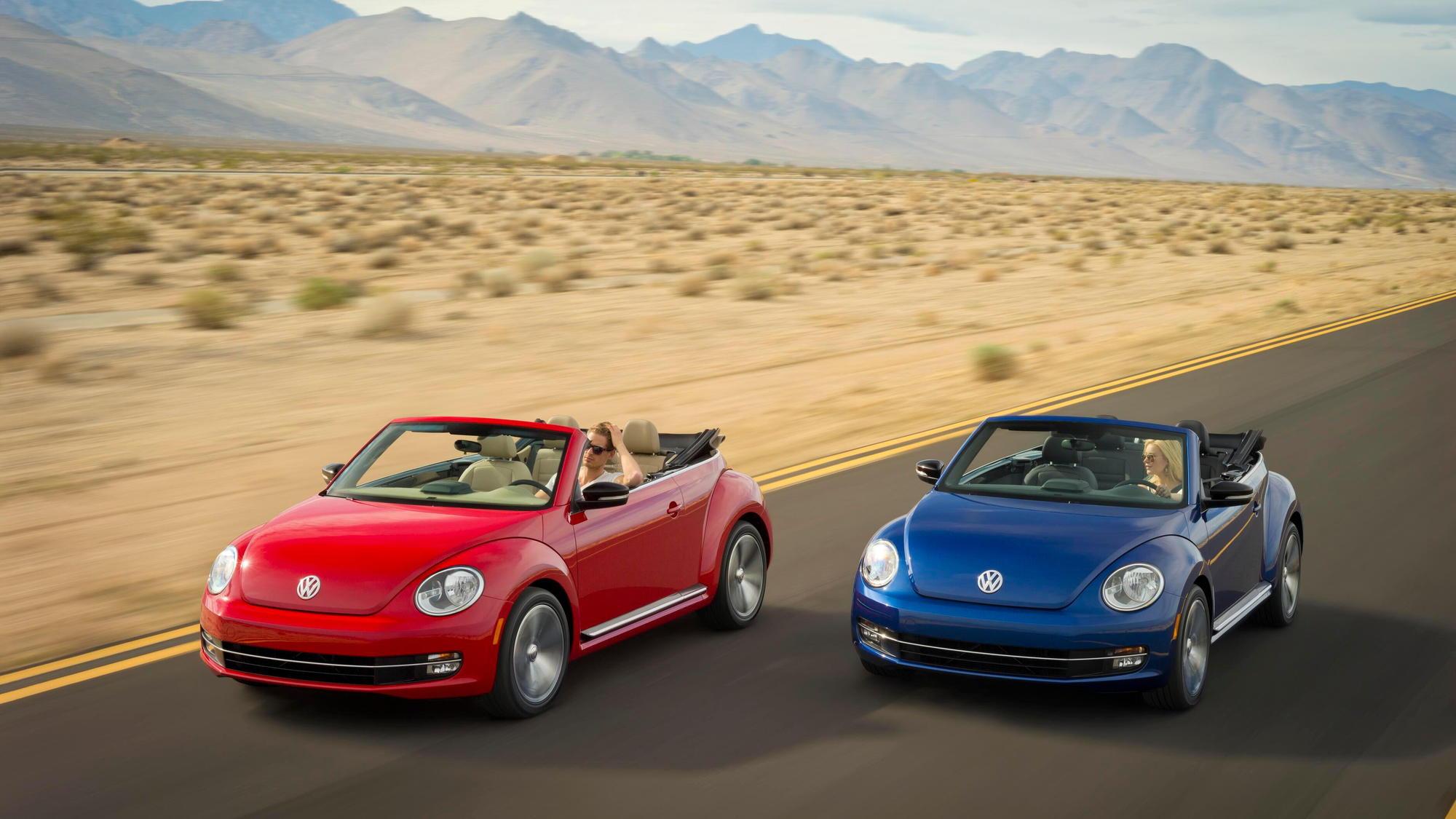 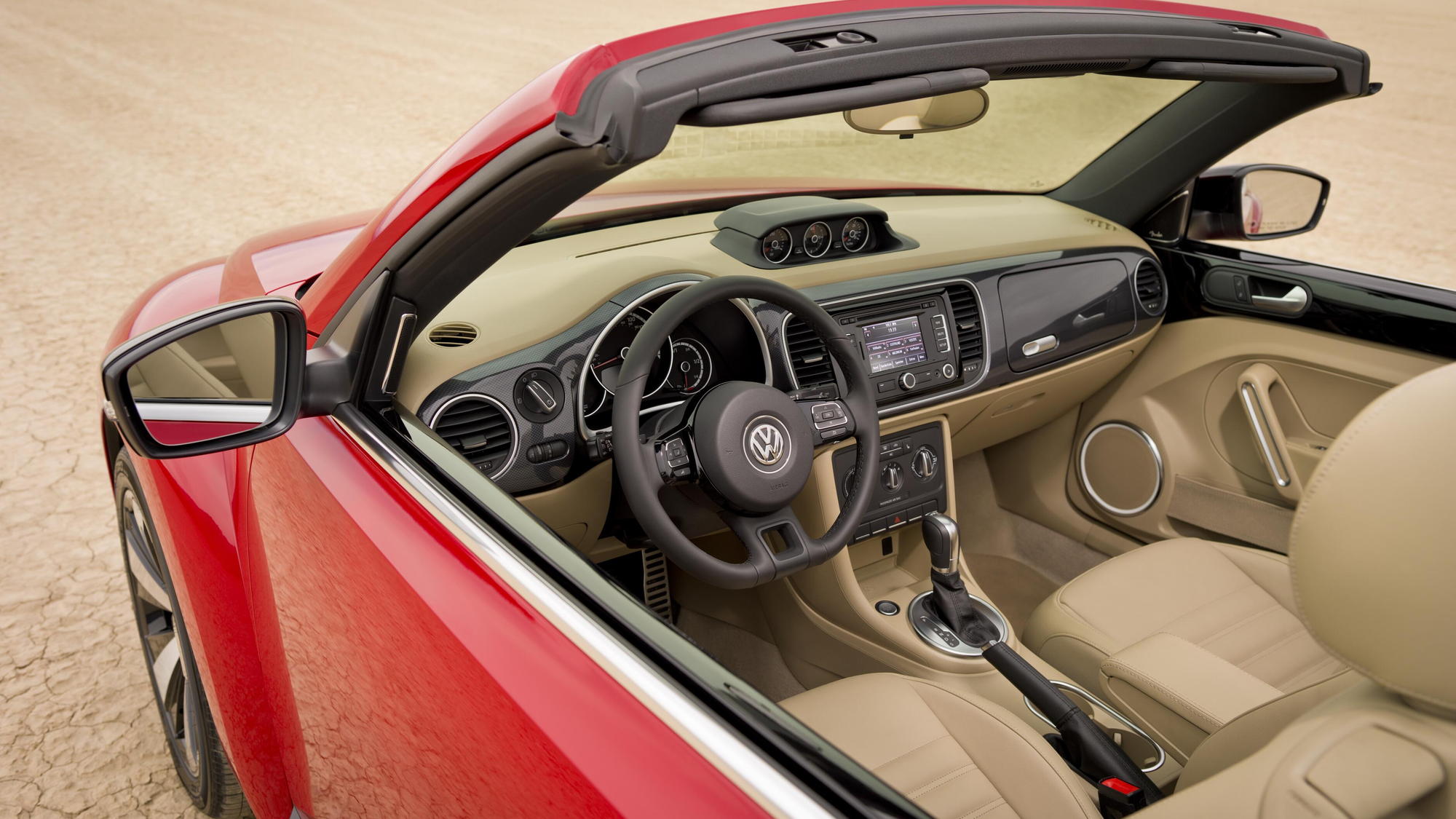 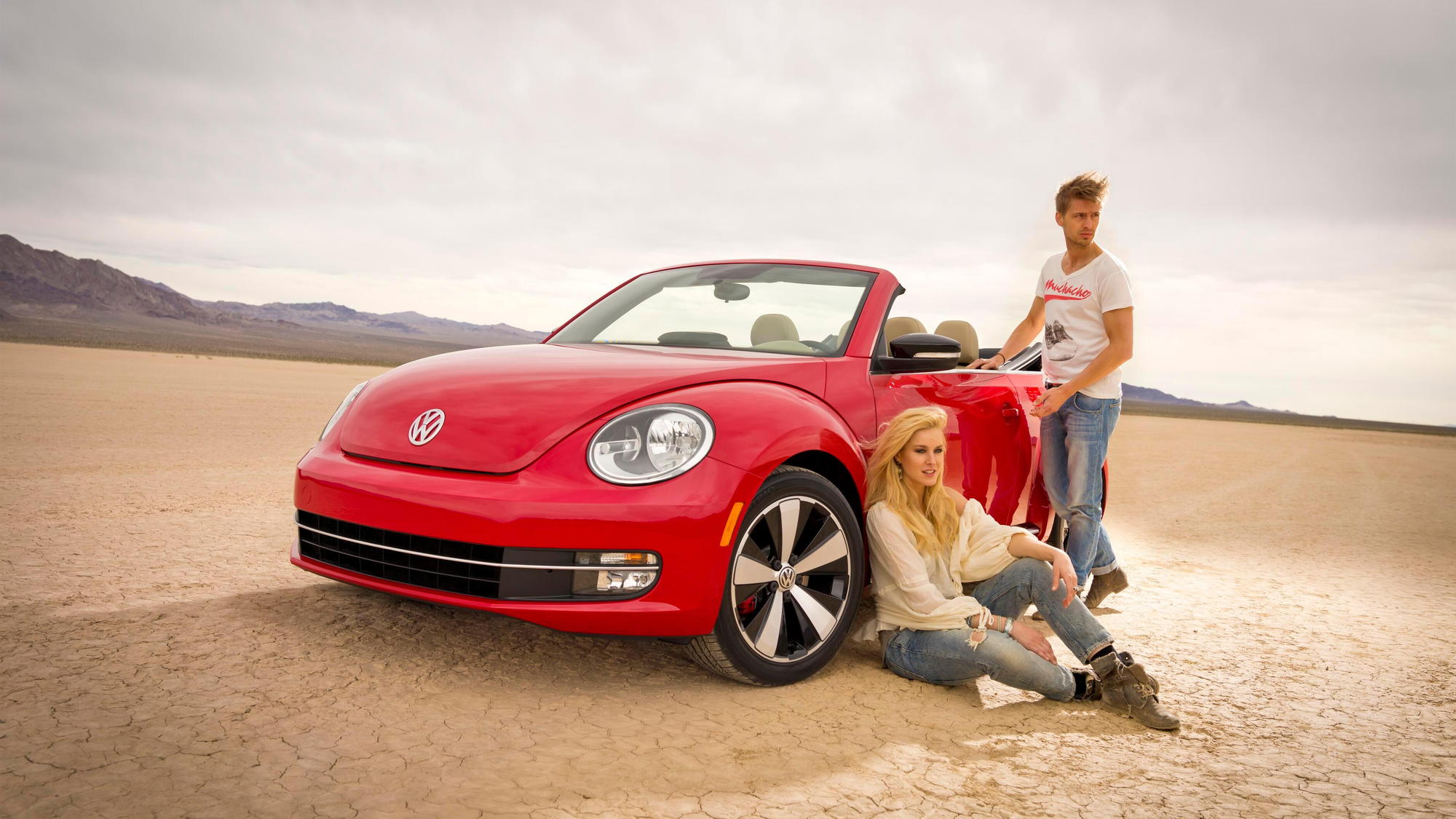 6
photos
Now in its third generation--despite being introduced over 70 years ago--the Volkswagen Beetle has finally gained its Convertible counterpart. Its official public debut will come at next month's 2012 Los Angeles Auto Show, and sales begin in the fourth quarter.

Using a soft top when many cars have chosen a folding hardtop, the Beetle Convertible's lid can open or close in just over 10 seconds at the press of a button.

A six-speed automatic is standard on the base 2.5-liter engine, while the TSI and TDI variants have a choice of six-speed manual or six-speed DSG dual-clutch gearboxes. Equipped with the manual, the Beetle Convertible TDI scores 41 mpg highway, according to VW.

Differences from the standard Beetle are few, and primarily oriented toward safety. Computer-activated safety bars hidden behind the rear seat pop up in the event of a rollover, bracing the car against the fixed A-pillars.

Look for more photos of the car along with our live coverage of the 2012 Los Angeles Auto Show, which kicks off November 28.