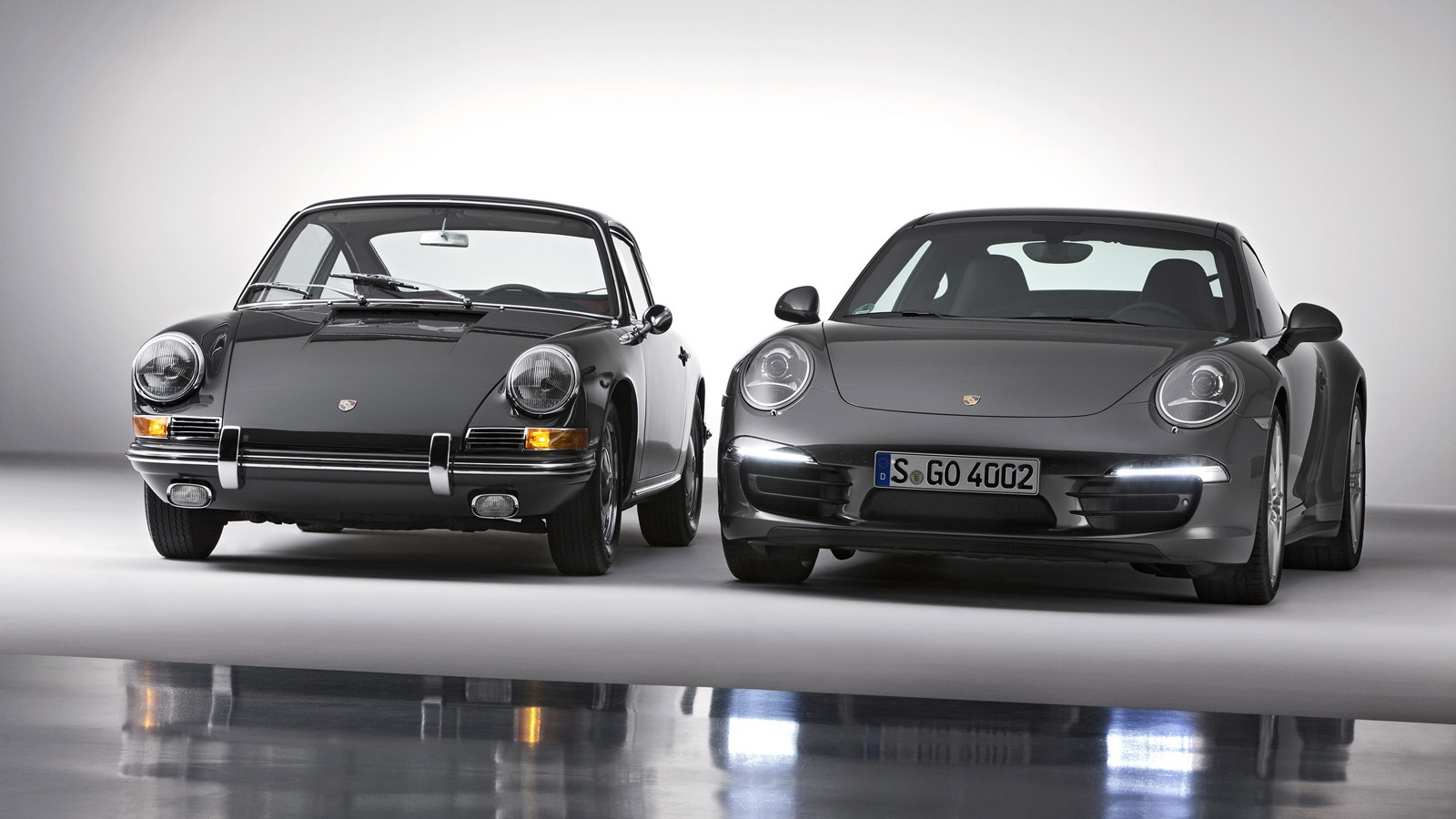 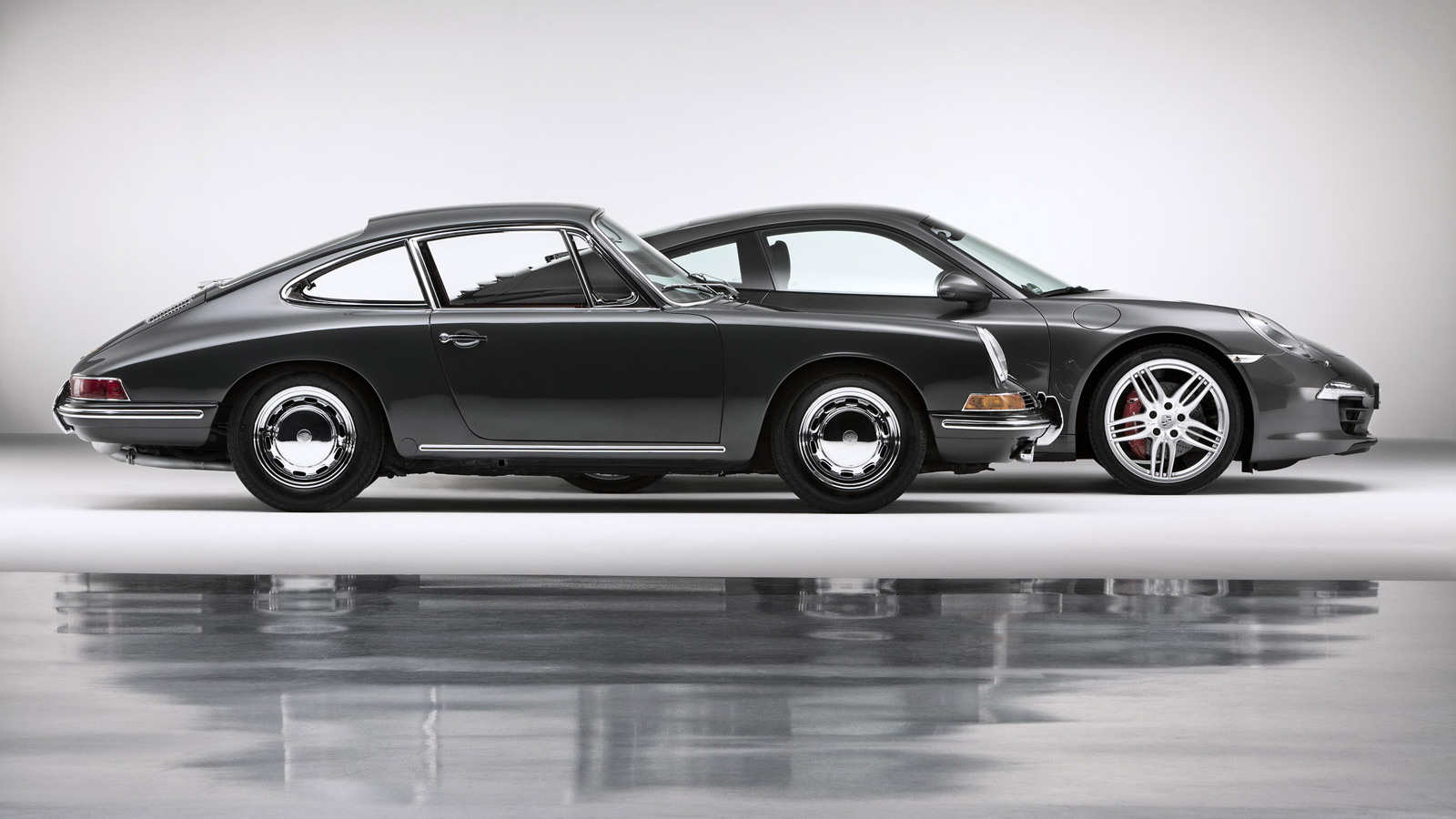 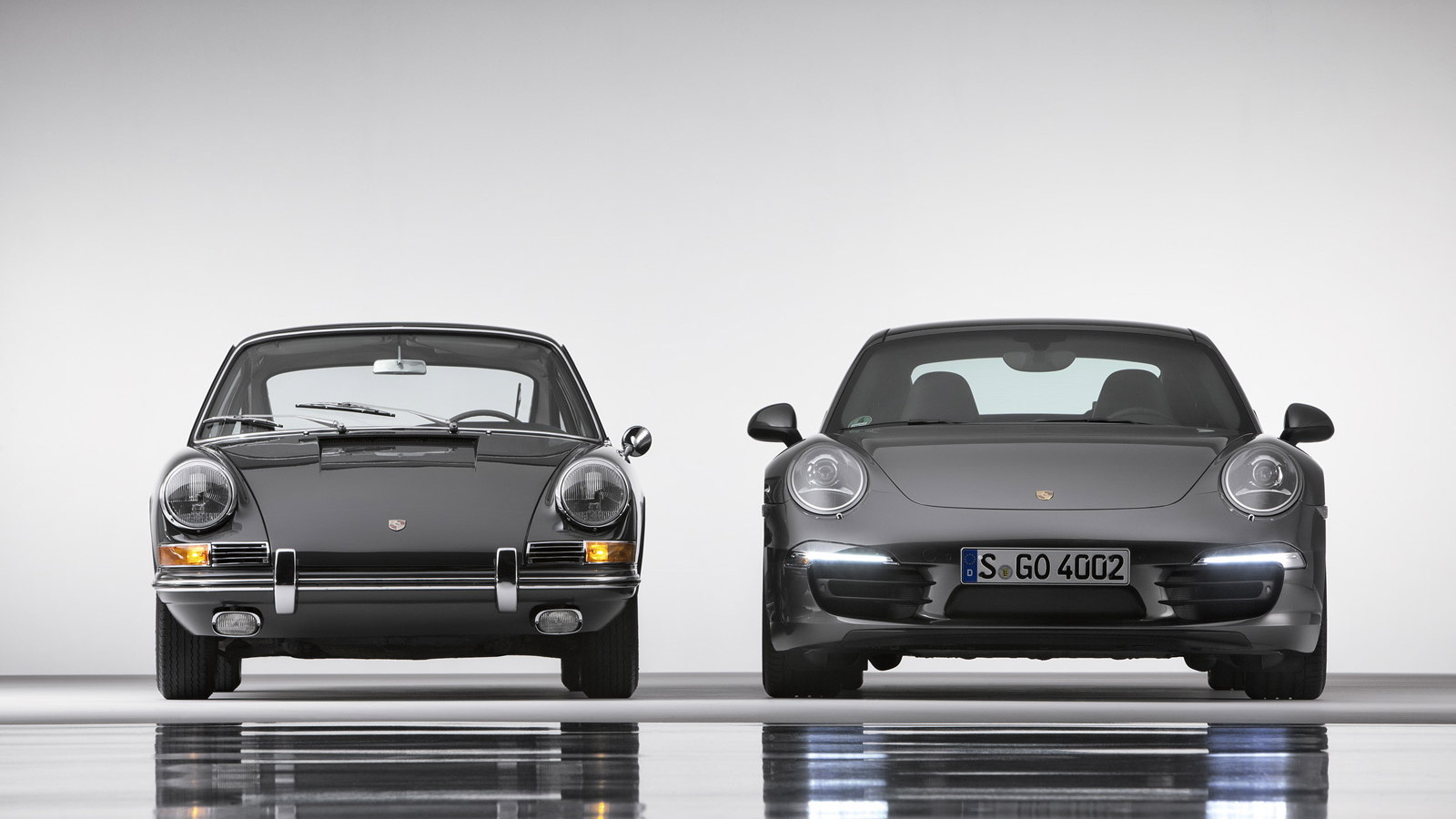 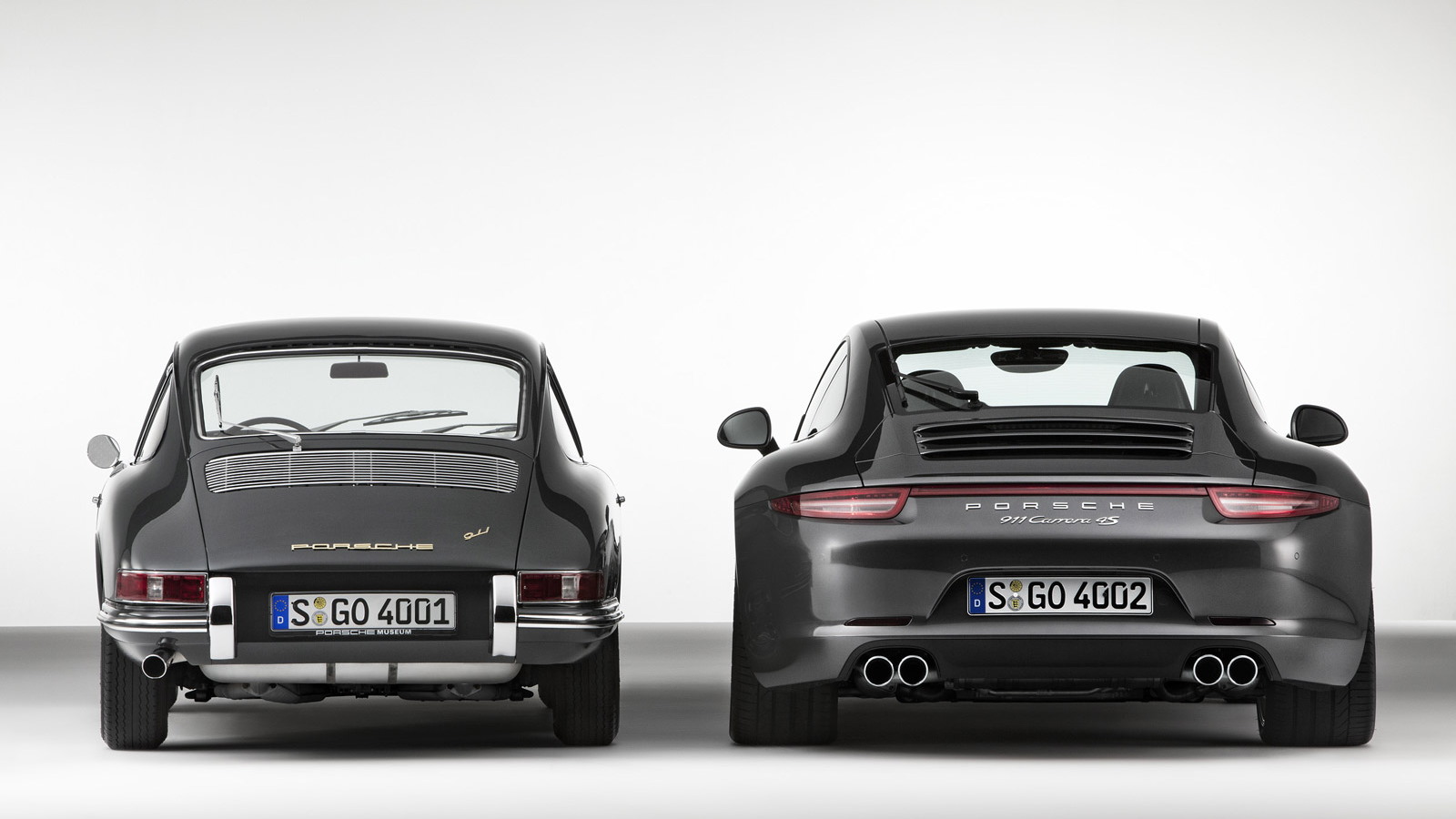 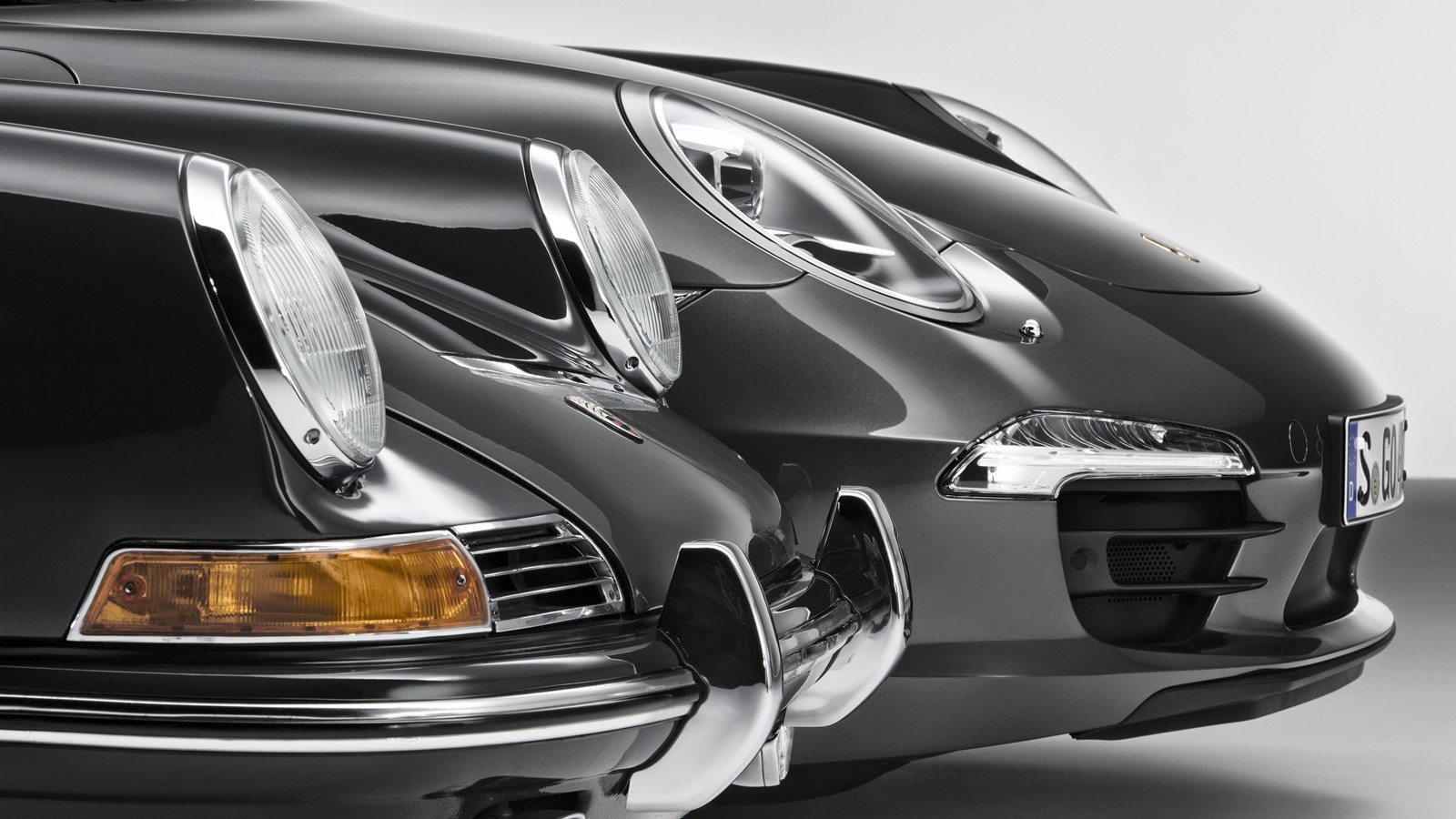 Yes, it was in 1963 at the Frankfurt Auto Show that Porsche first rolled out a prototype for a new sports car to replace its 356.

That prototype was the original 901, which went into production just the following year but had to have its name changed to 911 due to a dispute with French automaker Peugeot, which argued that only it could use numerical names for vehicles where the middle number was a zero.

Over the next five decades, Porsche would build more than 820,000 examples of the 911, firmly cementing the car as the heart of its brand. Today it is considered the quintessential sports car, and a benchmark for all others.

While Porsche is expected to mark the anniversary with a special edition 911, which will most likely debut at this year’s Frankfurt Auto Show, the automaker has confirmed a series of other celebratory events.

The first of these will be at the 2013 Retro Classics Stuttgart taking place in early March. Here, Porsche will present four special 911s including one of the first 911 Turbos, a 911 Cabriolet concept from 1981, a 1997 911 GT1 ‘Straßenversion’ supercar and the pre-series Type 754 T7. The latter was a chassis Ferdinand Porsche used to develop the original 911.

Porsche will also be taking an original 1967 911 on a world tour, stopping in five confinements where it will be shown at events like the Pebble Beach Concours d’Elegance and the Goodwood Festival of Speed.

Finally, Porsche has also confirmed that its official museum in Stuttgart will be running an exhibition titled the ‘50 years of the Porsche 911.’ The exhibition will run between June 4 and September 29, 2013.

Hit the next coupe of pages for a brief description from Porsche for each of its 911 generations. 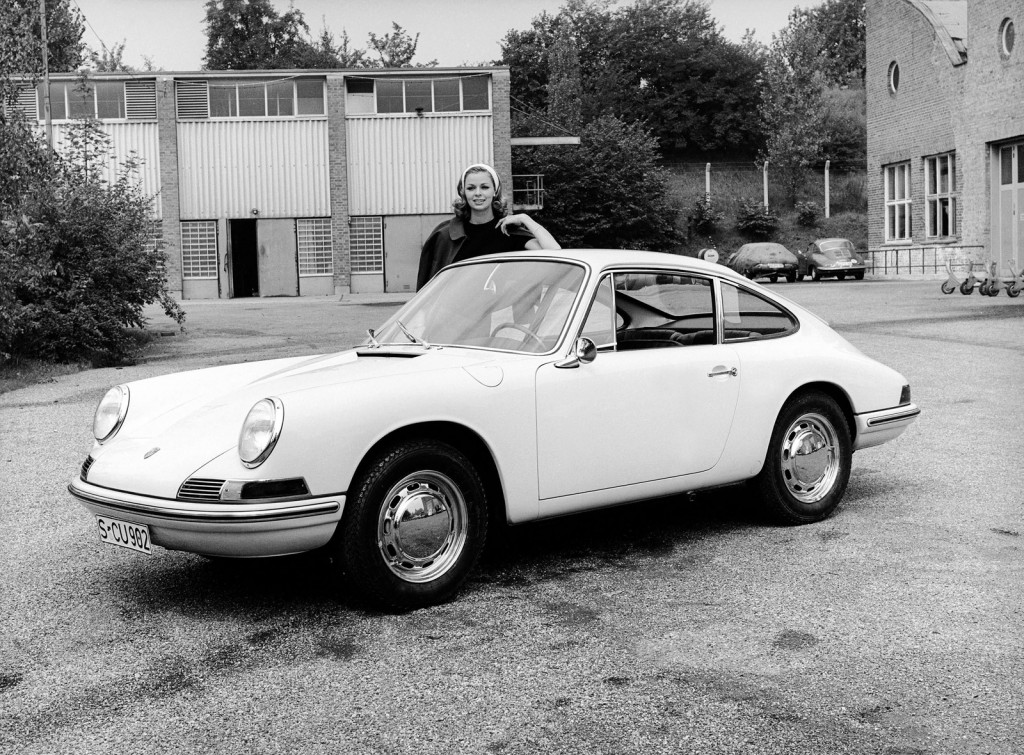 As the successor to the Porsche 356, the 911 won the hearts of sports car enthusiasts from the outset. The man responsible for the design was Ferdinand Porsche's own grandson, Ferdinand Alexander Porsche.

If you wanted to take things a little slower, starting in 1965 you could also opt for the four-cylinder Porsche 912. In 1966 Porsche presented the 160 horsepower 911 S, which was the first to feature forged alloy wheels from Fuchs.

The 911 Targa, with its distinctive stainless steel roll bar, made its debut in late 1966 as the world's first ever safety cabriolet. The semiautomatic Sportomatic four-speed transmission joined the lineup in 1967.

With the 911T of the same year, and the later E and S variants, Porsche became the first German manufacturer to comply with strict U.S. exhaust emission control regulations.

Its characteristic “ducktail” was the world's first rear spoiler on a production vehicle. 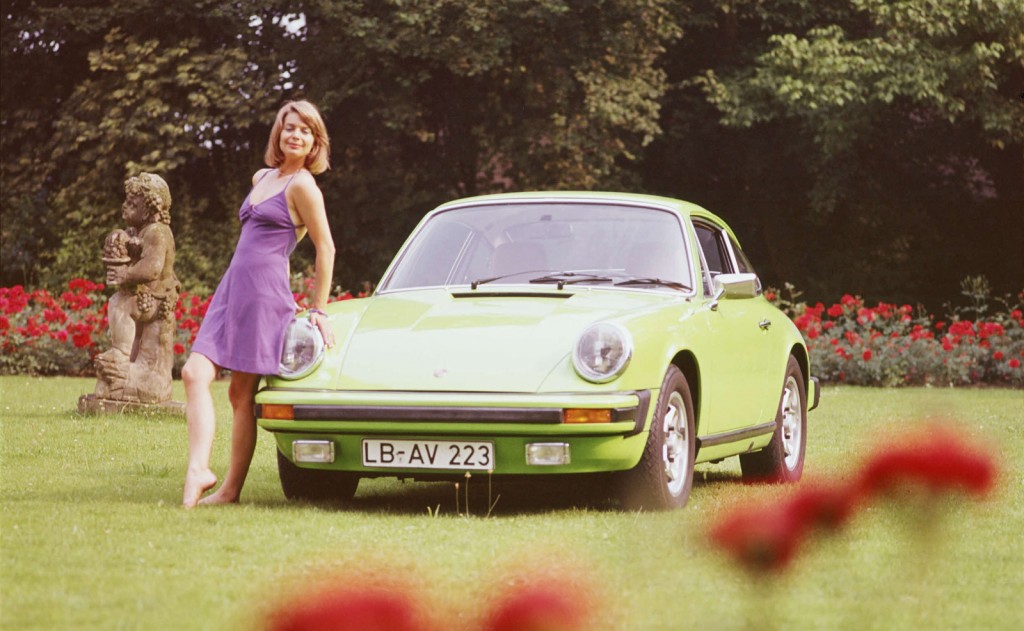 Ten years after its debut, the engineers at Porsche gave the 911 its first thorough makeover. The G-Series was produced from 1973 to 1989, longer than any other 911 generation. It featured prominent bellows bumpers, which arrived in 1974 and were an innovation designed to meet the latest crash test standards in the U.S. Occupant protection was further improved by three-point safety belts as standard equipment, as well as integrated headrests.

One of the most important milestones in the 911 saga was the 1974 unveiling of the first Porsche 911 Turbo with a 3.0-liter 260-horsepower engine and enormous rear spoiler. With its unique blend of luxury and performance, the 911 Turbo became synonymous with the Porsche mystique.

The next performance jump came in 1977 with the intercooler-equipped 911 Turbo 3.3. At 300 horsepower, it was the best in its class.

Just when automotive experts were predicting the imminent end of an era, in 1988 Porsche came out with the 911 Carrera 4 (964). After 15 years of production, the 911 platform was radically renewed with 85 percent new components, giving Porsche a modern and sustainable vehicle.

Its air-cooled 3.6-liter boxer engine delivered 250 horsepower. Externally, the 964 differed from its predecessors only slightly, in its aerodynamic polyurethane bumpers and automatically extending rear spoiler, but internally it was almost completely different. The new model was designed to captivate drivers not only with sporty performance but also with enhanced comfort.

It came with ABS, Tiptronic, power steering, and airbags, and rode on a completely redesigned chassis with light alloy control arms and coil springs instead of the previous torsion-bar suspension.

In addition to the basic Carrera, Cabriolet, and Carrera 4 and Targa versions, starting in 1990 customers could also order the 964 Turbo. Initially powered by the proven 3.3-liter boxer engine, in 1992 the Turbo was upgraded to a more powerful 360-horsepower 3.6-liter powerplant. 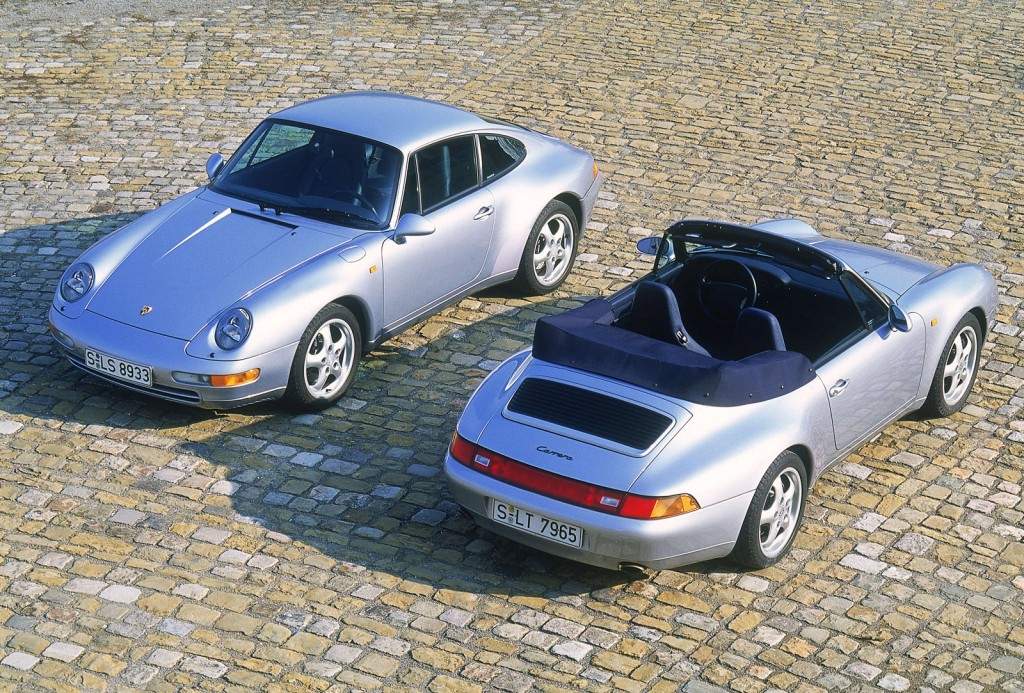 The 911 with the internal design number 993 remains the one true love of many a Porsche driver. The remarkably pleasing design has much to do with this but also the car's performance and ability to overcome much of the competition.

The integrated bumpers underscore the smooth elegance of its styling, along with the classic lines that have featured on every 911 model.

The front section is lower-slung than on the earlier models, made possible by a switch from round to polyellipsoid headlights.

The 993 also quickly gained a reputation for exceptional dependability and reliability.

It was also agile, as the first 911 with a newly designed aluminum chassis.

The Turbo version was the first to have a twin-turbocharged engine, giving it the lowest-emission stock automotive powertrain in the world in 1995.

The hollow-spoke aluminum wheels, never before used on any car, were yet another innovation of the all-wheel-drive Turbo version.

Meanwhile, an electric glass roof that slid under the rear window was one of the innovations of the 911 Targa.

Finally, the Porsche 911 GT2 was aimed at the sports car purist who cherished the thrill of high speeds and today is extremely rare.

However, the real reason dyed-in-the-wool Porsche enthusiasts still revere the 993 is that this model, produced from 1993 to 1998, was the last 911 with an air-cooled engine. 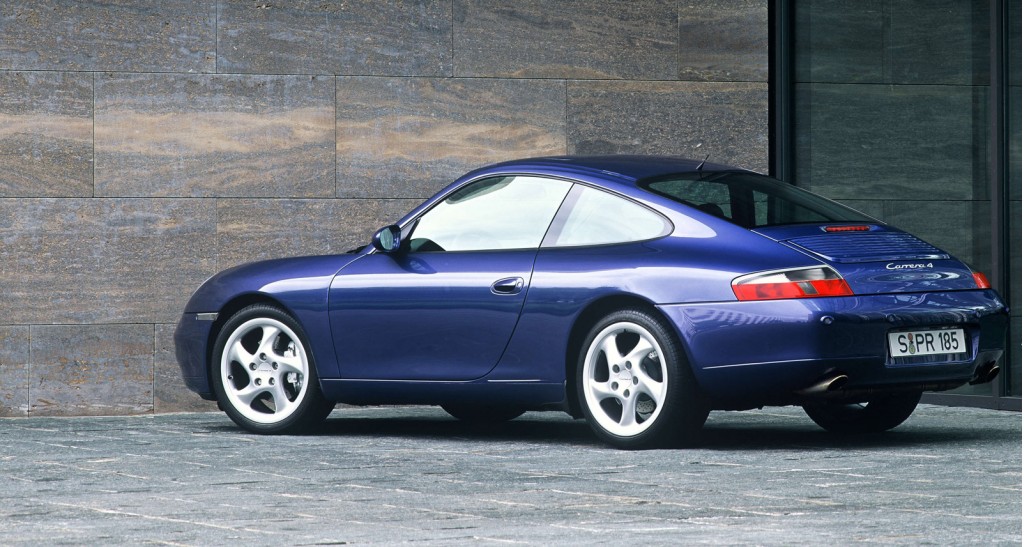 The 996, which rolled off the assembly line from 1997 to 2005, represented a major turning point in the history of the 911. It retained all the character of its classic heritage, but was an entirely new automobile.

This comprehensively redesigned generation was the first to be driven by a water-cooled boxer engine. Thanks to its four-valve cylinder heads it achieved 300 horsepower and broke new ground in terms of reduced emissions, noise, and fuel consumption.

The 911 GT3 became one of the highlights of the model range in 1999, keeping the tradition of the Carrera RS alive. The 911 GT2, the first car equipped with ceramic brakes as standard, arrived in 2000.

In July 2004, Porsche unveiled the new generation 911 Carrera and 911 Carrera S models, referred to internally as the 997. The clear oval headlights with separate blinkers in the front apron were a visual return to older 911 models, but the 997 offered more than just style.

It was a high-performance vehicle, with a 3.6-liter boxer engine that turned out 325 horsepower while the new 3.8 liter engine of the Carrera S managed an incredible 355 horsepower. The chassis was also substantially reworked, and the Carrera S came with Porsche Active Suspension Management as standard equipment.

In 2006 Porsche introduced the 911 Turbo, the first gasoline-powered production automobile to include a turbocharger with variable turbine geometry. A model update was introduced in 2008, followed by the GTS special edition and a new GT2. 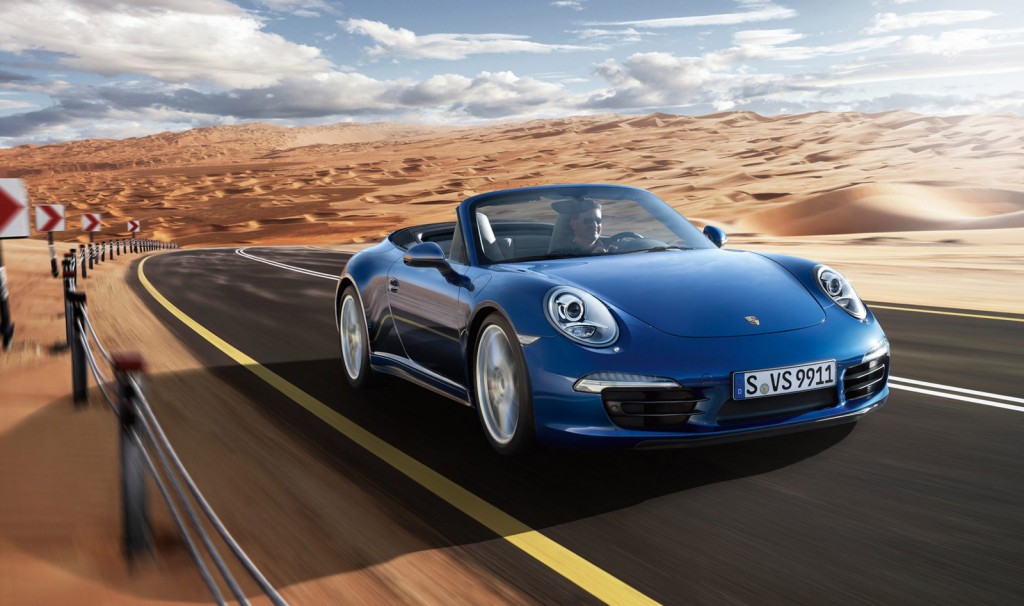 This car, known internally as the 991, represents the greatest technical leap in the evolution of the 911. Already the class benchmark for decades, the new 911 generation raised performance and efficiency to new levels.

A totally new suspension with a longer wheelbase, wider track, larger tires and an ergonomically optimized interior--it all adds up to an even sportier yet more comfortable driving experience.

The design of the 991 has likewise met with high critical acclaim. With its flat, stretched silhouette, exciting contours, and precisely designed details, the seventh generation of the Porsche 911 Carrera remains unmistakably a 911 that has once again succeeded in redefining the standard for automobile design. It is the best 911 of all time--until the next generation.