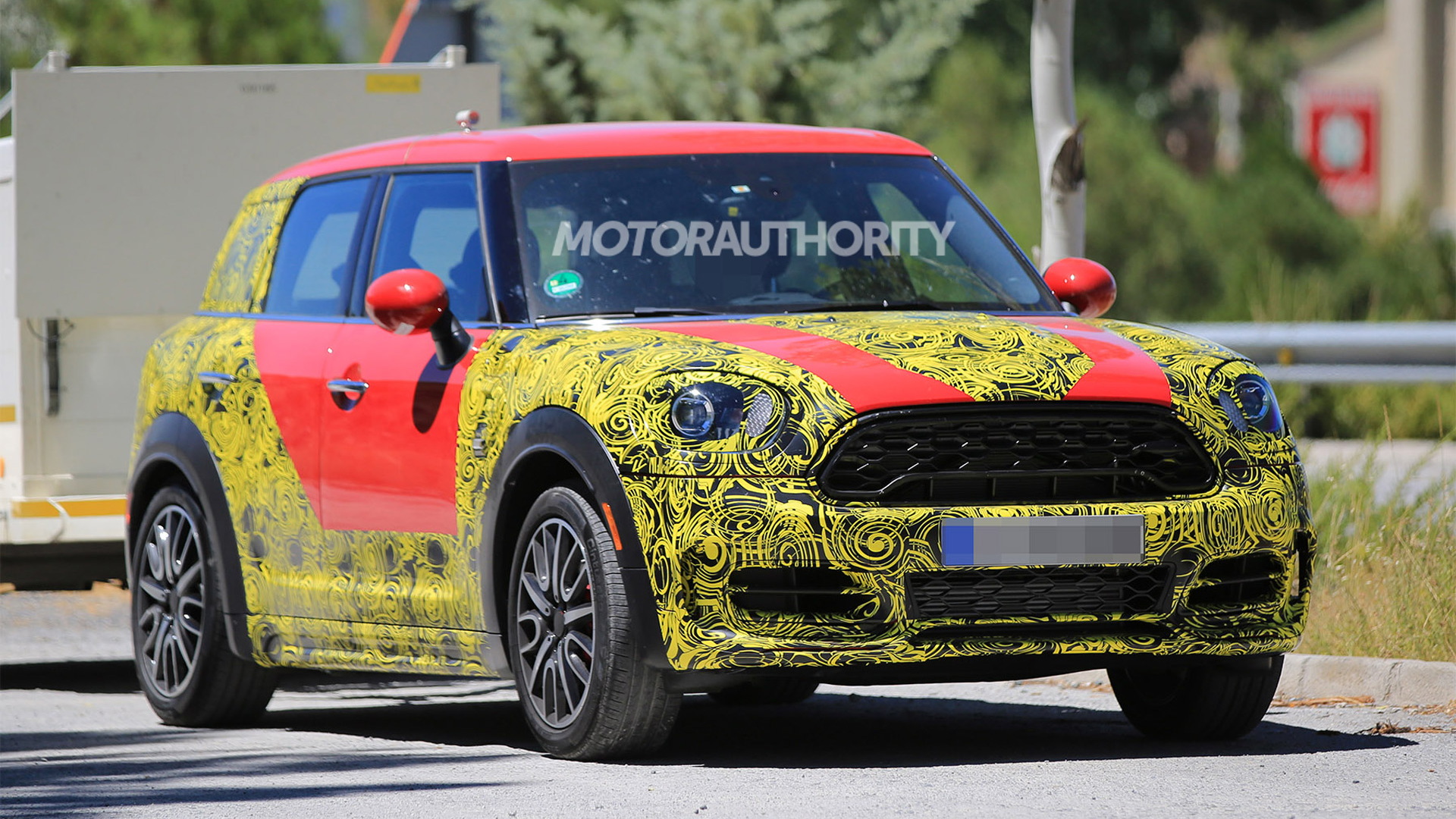 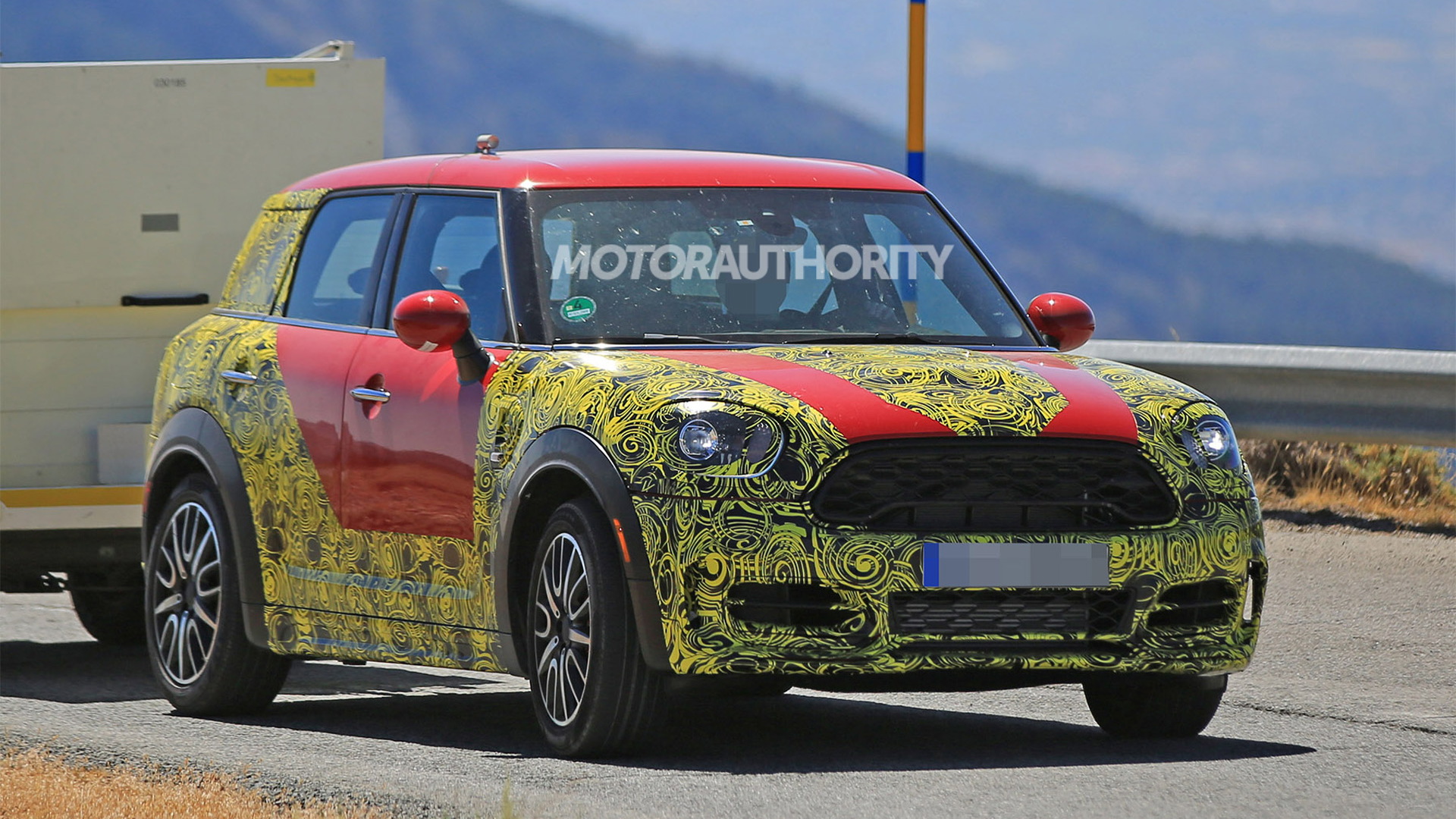 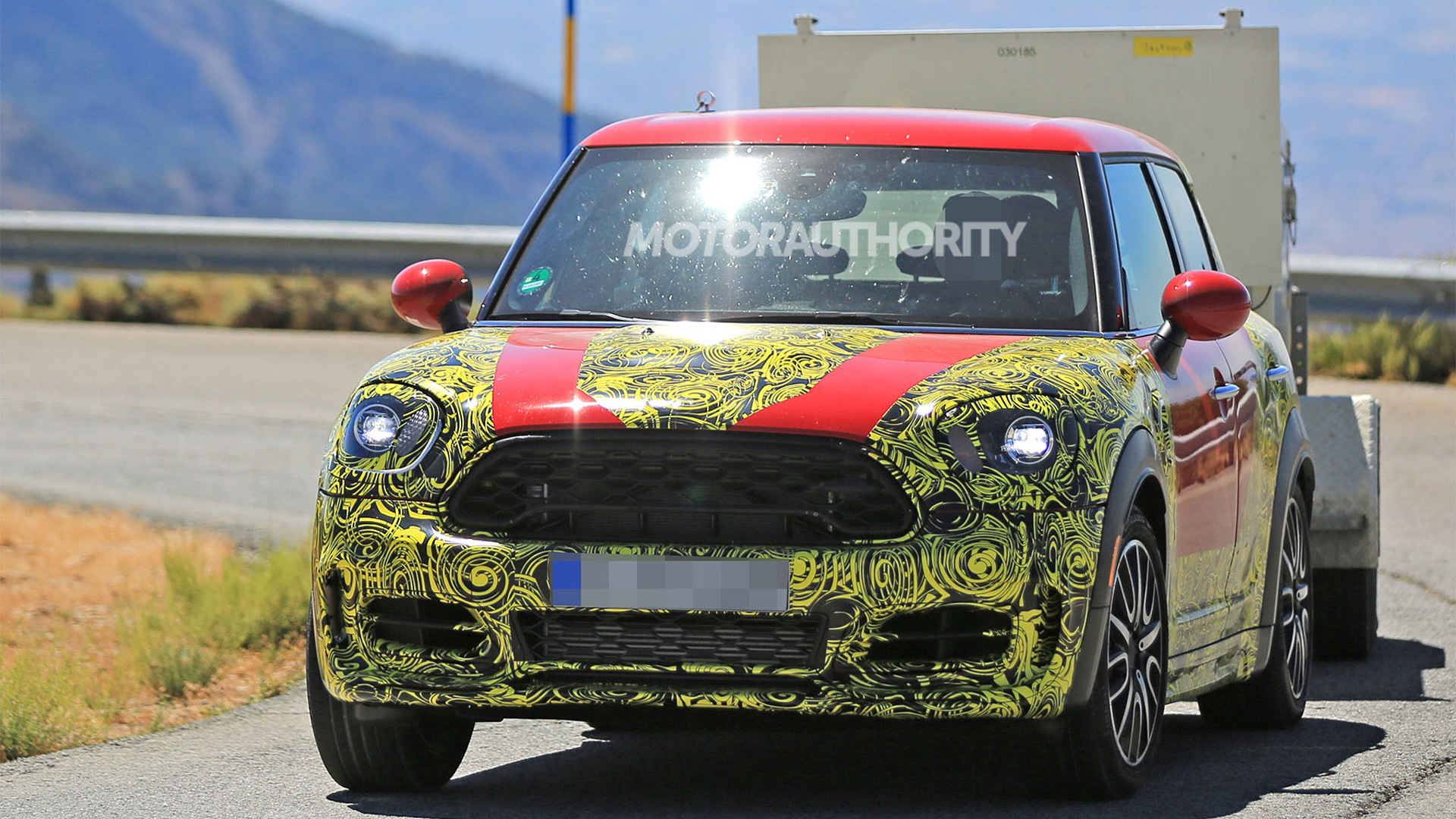 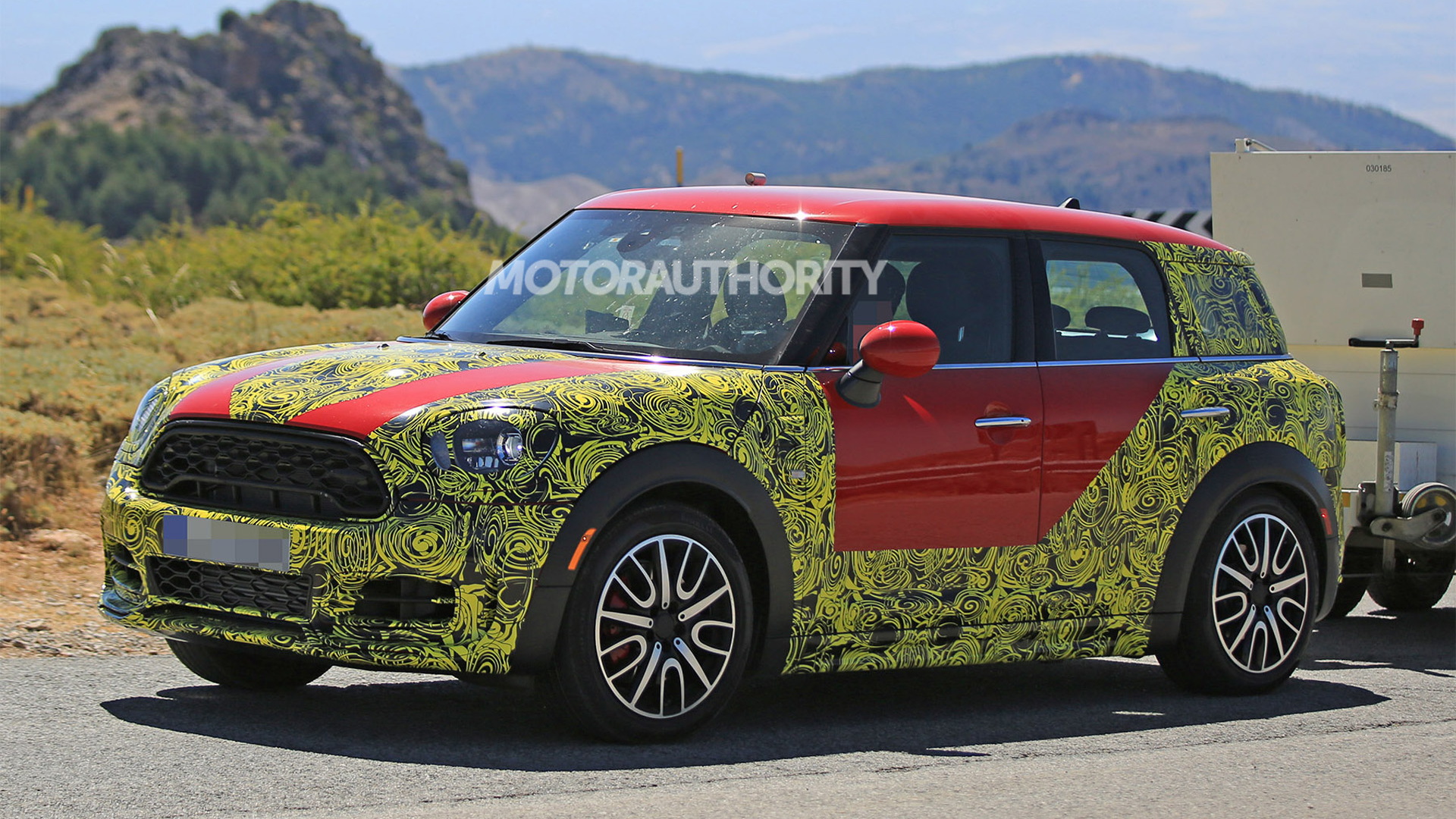 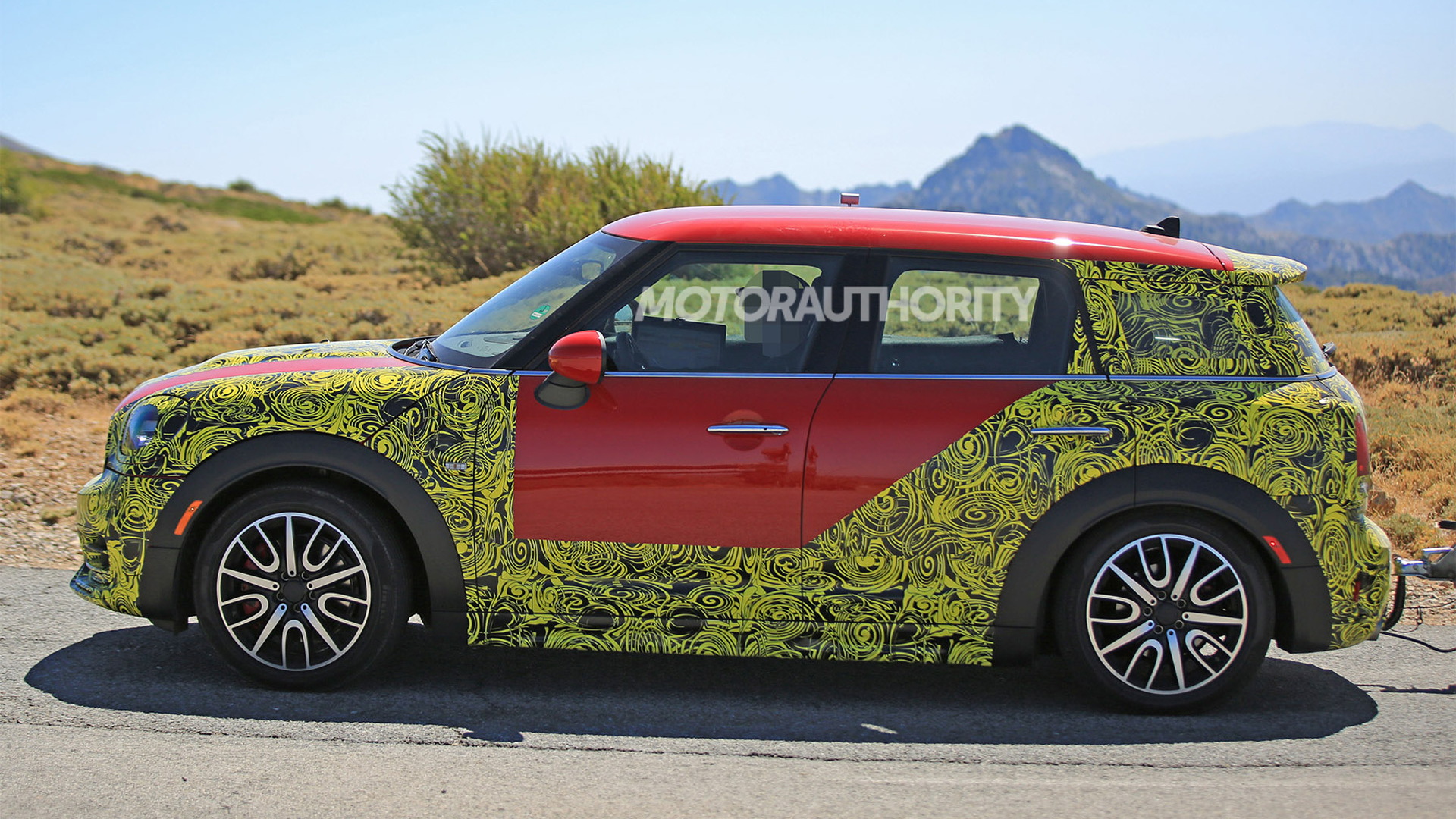 The Mini Countryman was updated for 2015 but development of a successor is nearing its final stages.

A prototype for the new Countryman has just been spotted, revealing many of the details of the next-generation compact crossover.

It appears designers have adopted a boxier, more rugged look for the new Countryman although there’s no mistaking it for anything but a Mini. The prototype is also bigger than the current Countryman, which should add some much needed room in the cabin.

Underpinning the vehicle is the same UKL platform found in the latest Mini Hardtop, Clubman and Convertible. The UKL platform is also found in several BMWs including the latest X1, whose development was closely tied with the new Countryman.

In the engine department, Cooper Countrymans should feature 1.5-liter inline-3 engines, with the Cooper S and JCW variants getting 2.0-liter inline-4 mills. Turbocharging will feature across the range and transmissions will include standard 6-speed manual and available 6- and 8-speed automatic units.

Buyers can also expect some new safety features. These will include a head-up display, collision and pedestrian warning systems, a parking assistant and even a speed limit information system.

Look for a debut later this year or early next. At present, we're expecting the new Countryman to arrive as a 2017 model.