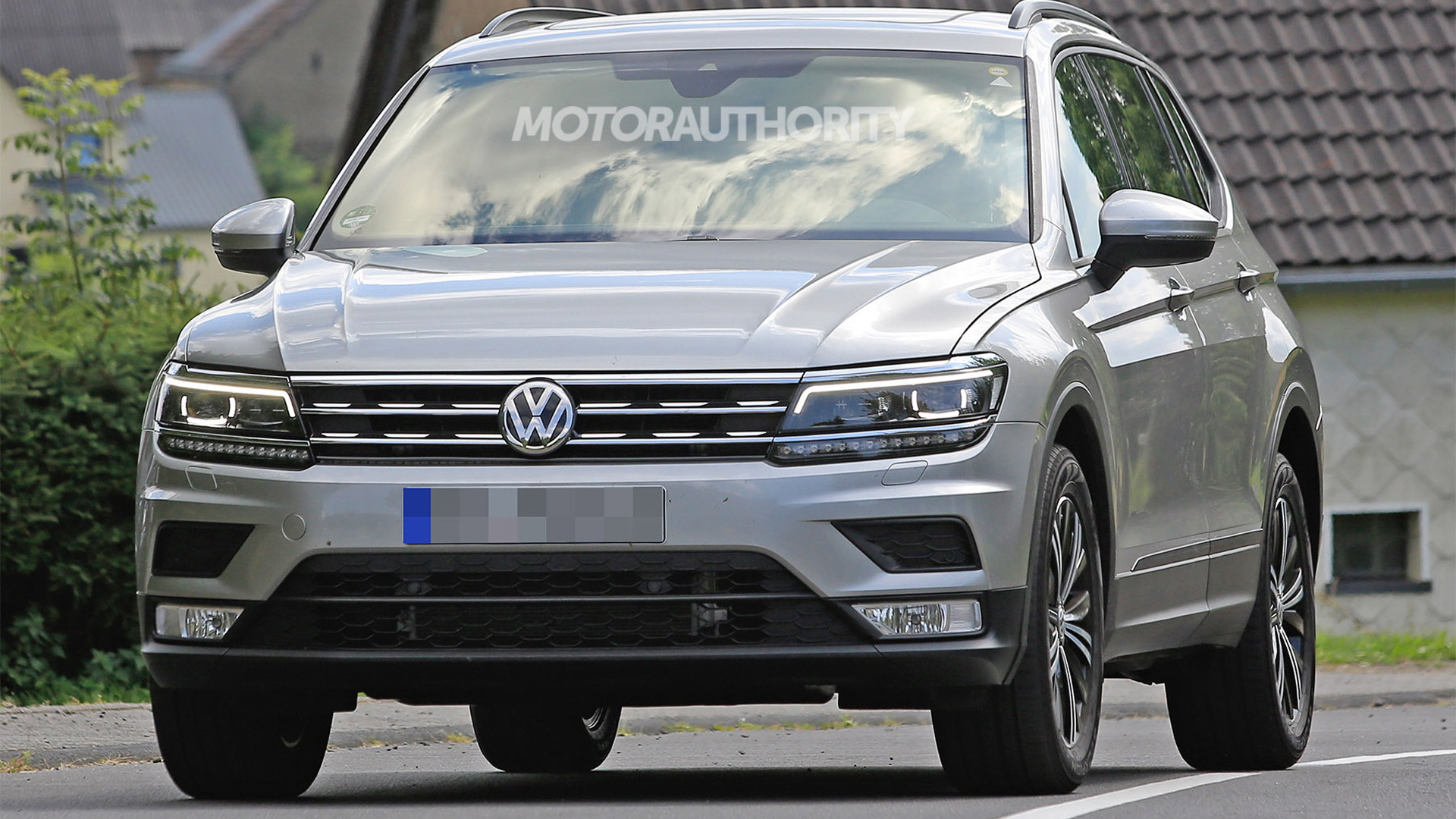 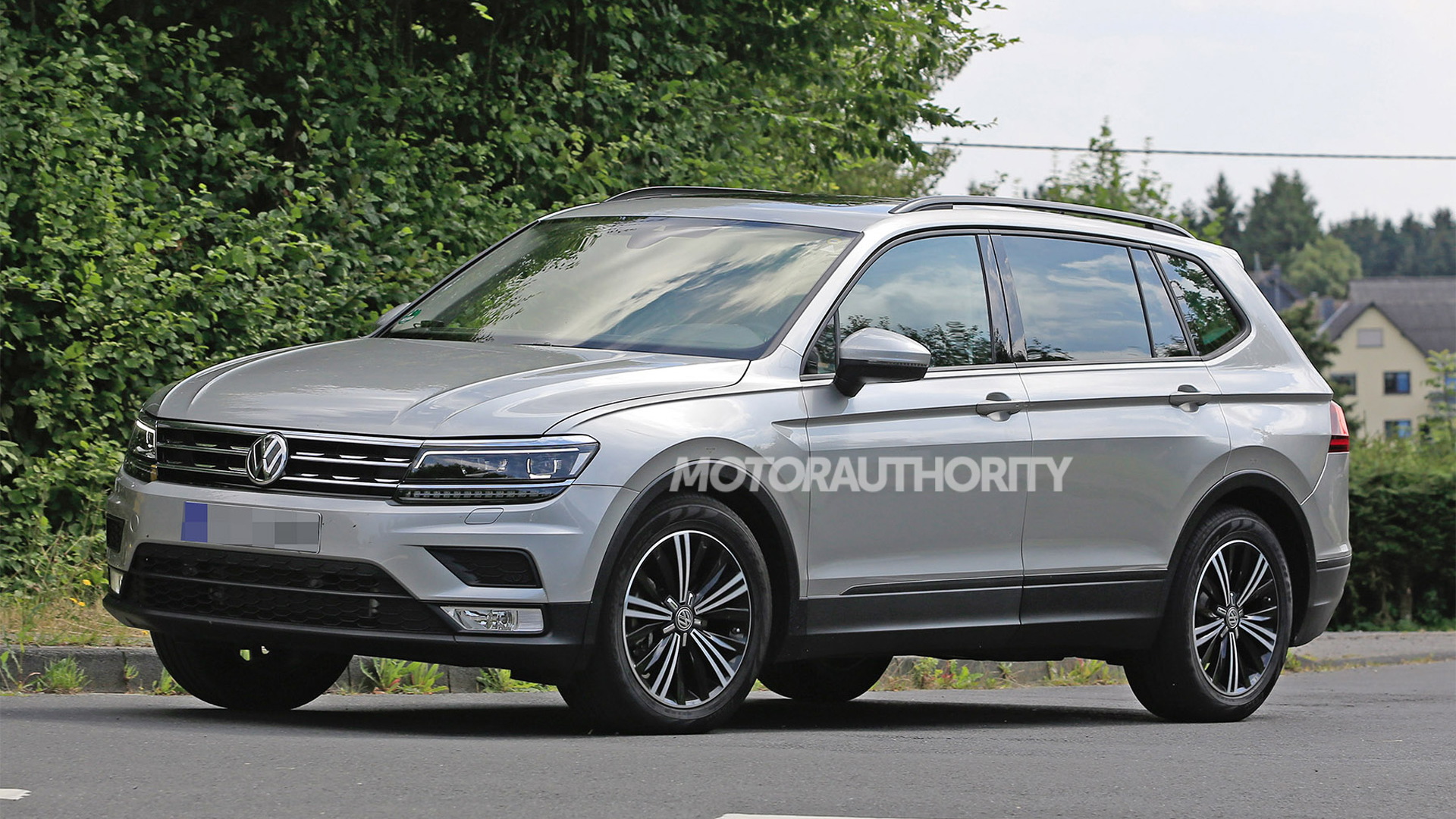 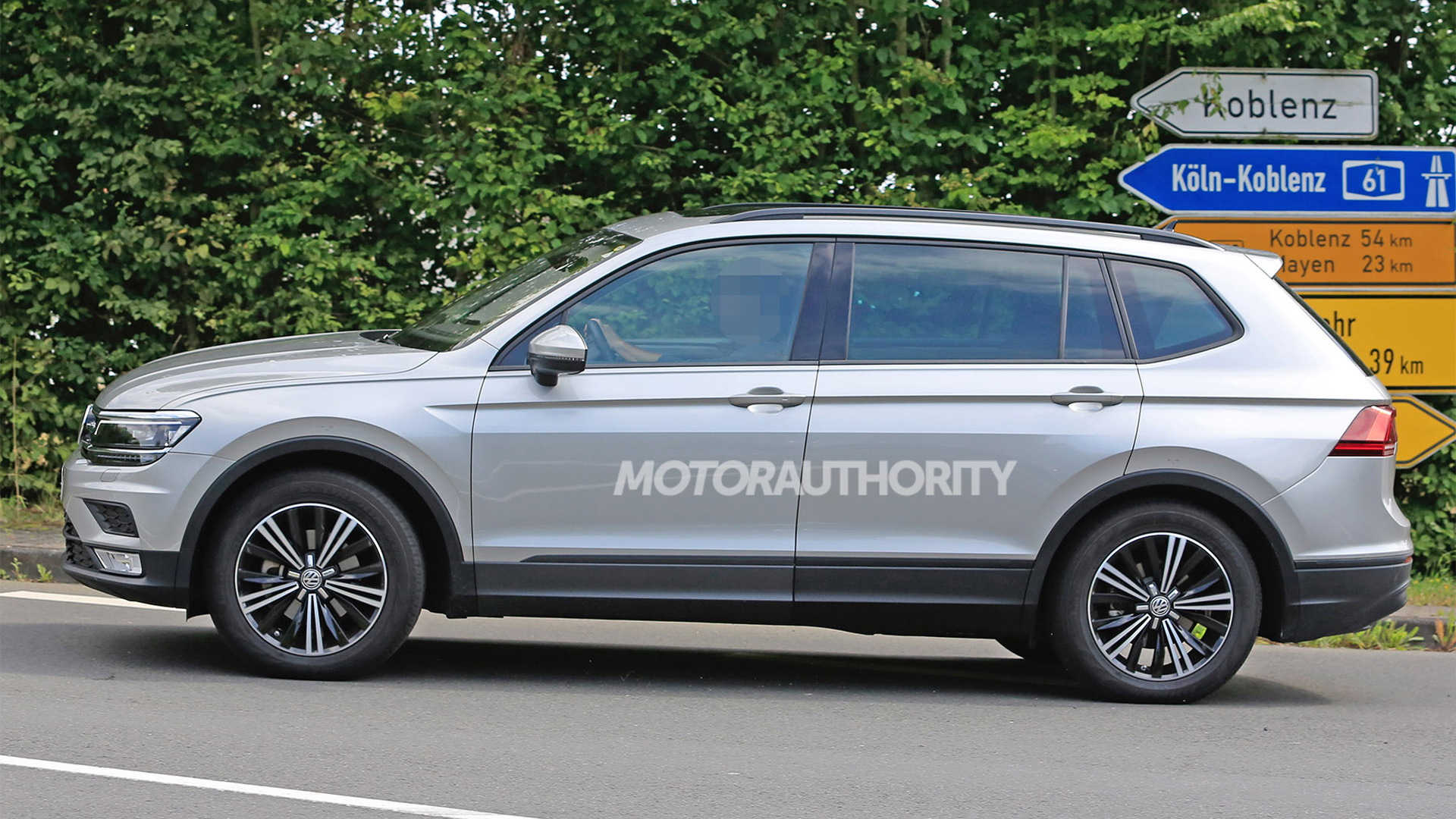 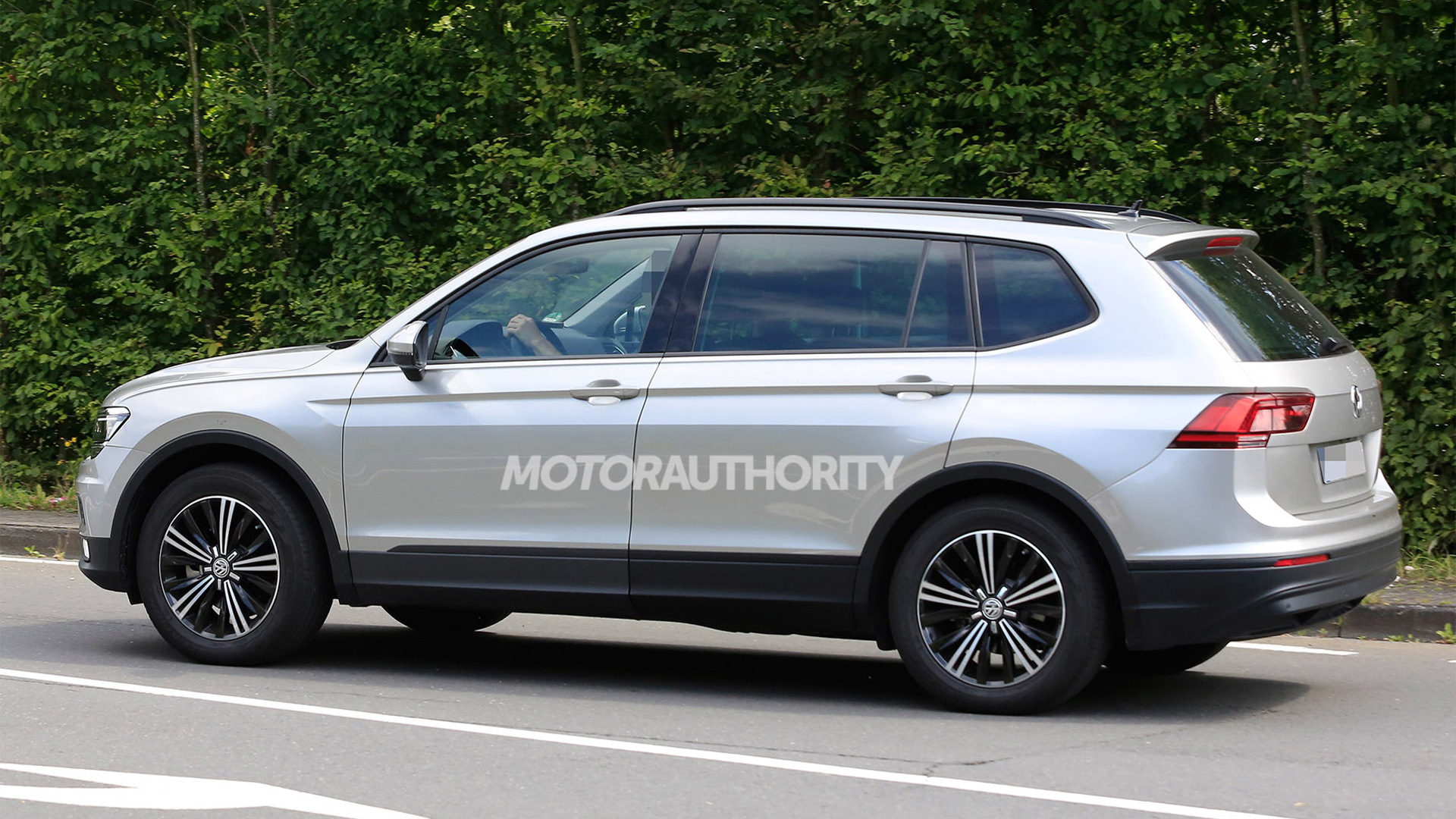 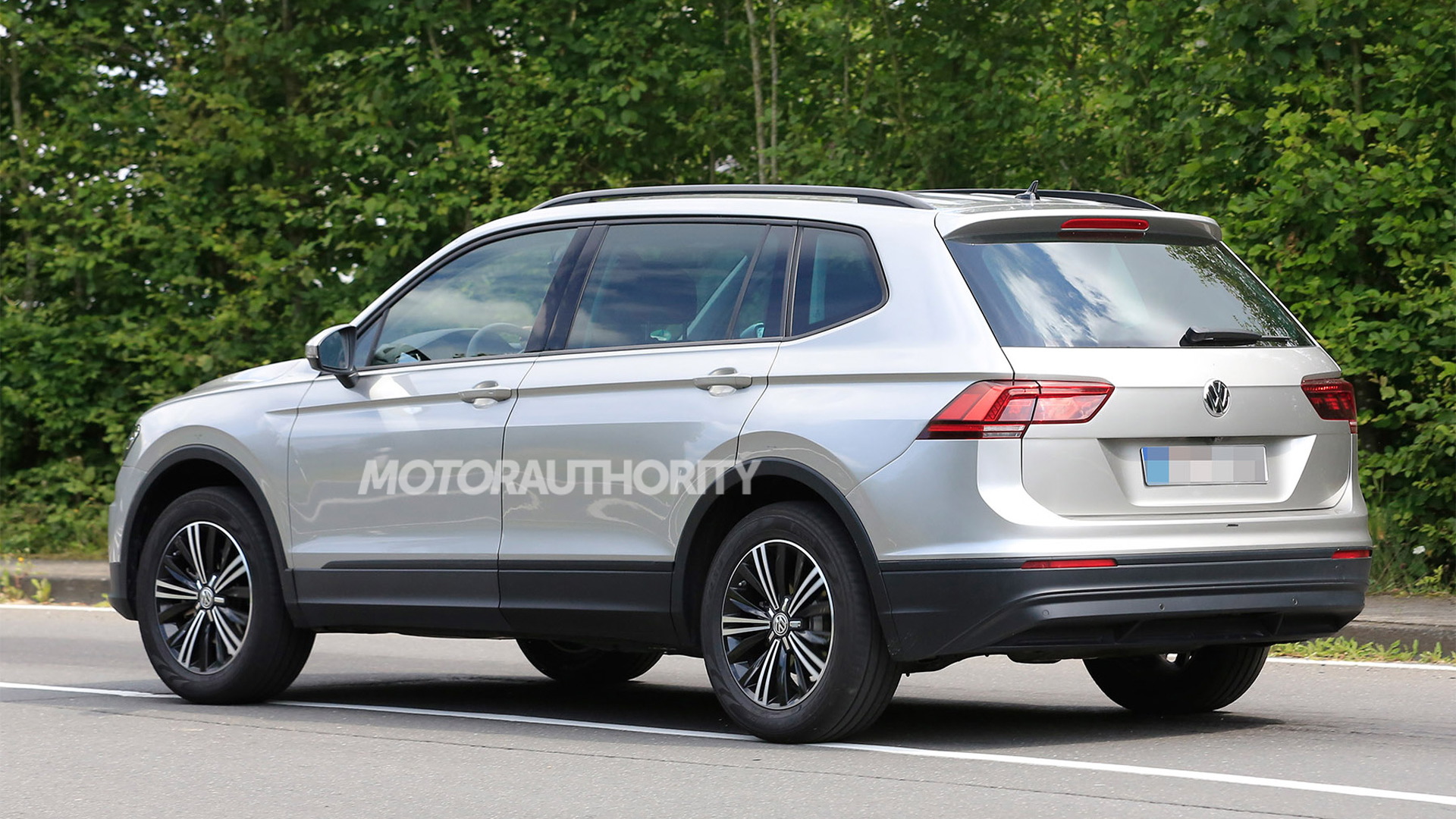 It’s been almost a year since Volkswagen first showed us its new Tiguan.

However, the vehicle still isn’t on sale in the United States as VW is waiting until development of this long-wheelbase model is complete.

Another reason for the delay is that U.S.-spec Tiguans are to be sourced from VW’s plant in Puebla, Mexico which needed to be upgraded to accommodate the new compact SUV.

So far we’ve only seen the second-generation Tiguan’s regular bodystyle. Today we have our first look at the stretched version thanks to these spy shots of an undisguised prototype.

The longer rear doors are immediately noticeable. The C-pillar treatment also appears to be different. The extra length will allow VW to squeeze in third-row seats.

Otherwise, the two Tiguan models should be much the same. Both ride on VW’s flexible MQB platform, the same platform that will underpin the automaker’s upcoming mid-size, three-row SUV.

Powertrain options will be market dependent, but we can expect a turbocharged 2.0-liter inline-4 to remain the volume option on these shores. A plug-in hybrid option, previewed by the recent Tiguan GTE Active concept, is also a possibility, especially now that VW is unlikely to offer a fuel-efficient diesel model.

Considering the prototypes are completely undisguised, the official reveal shouldn't be far.