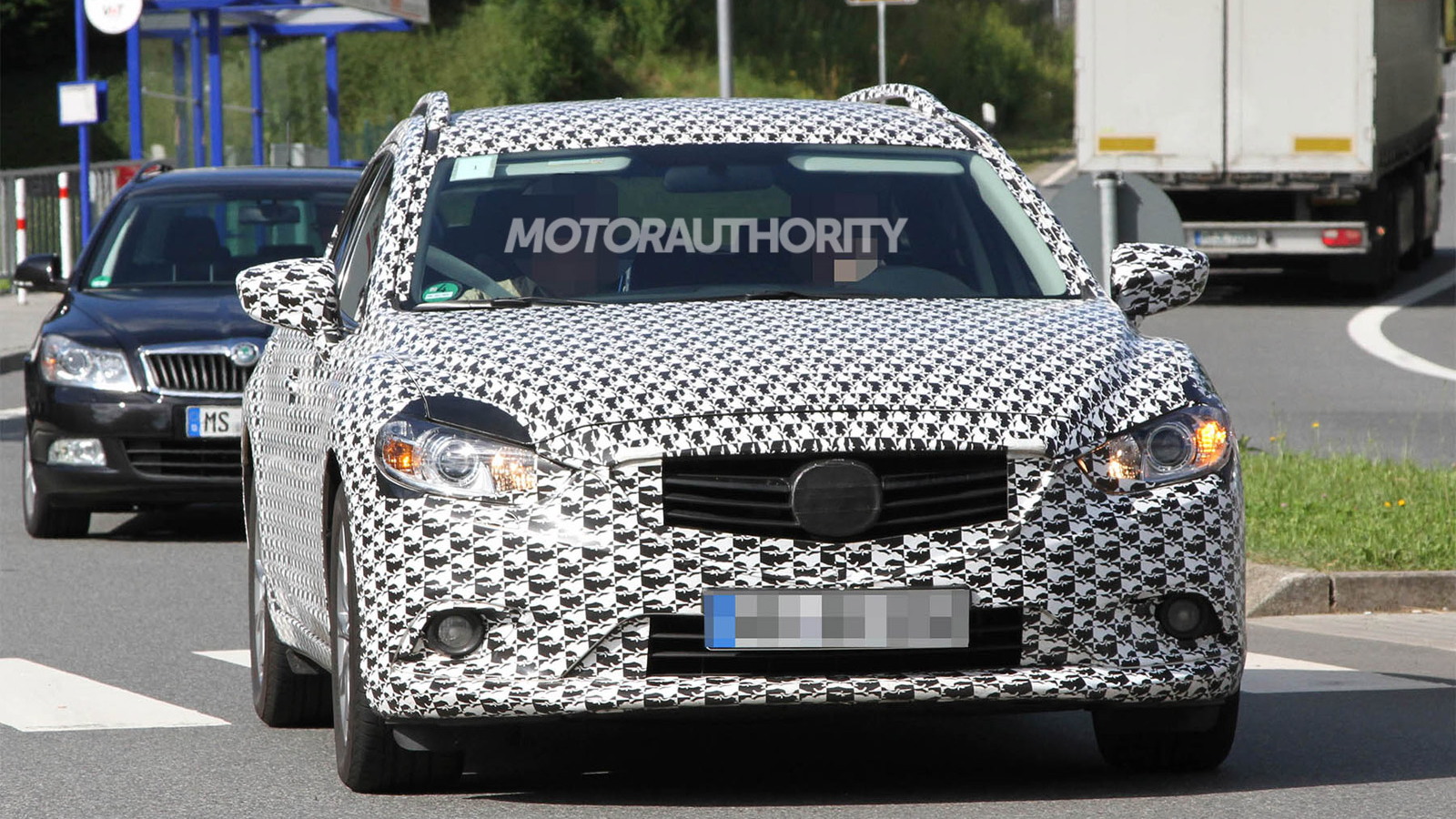 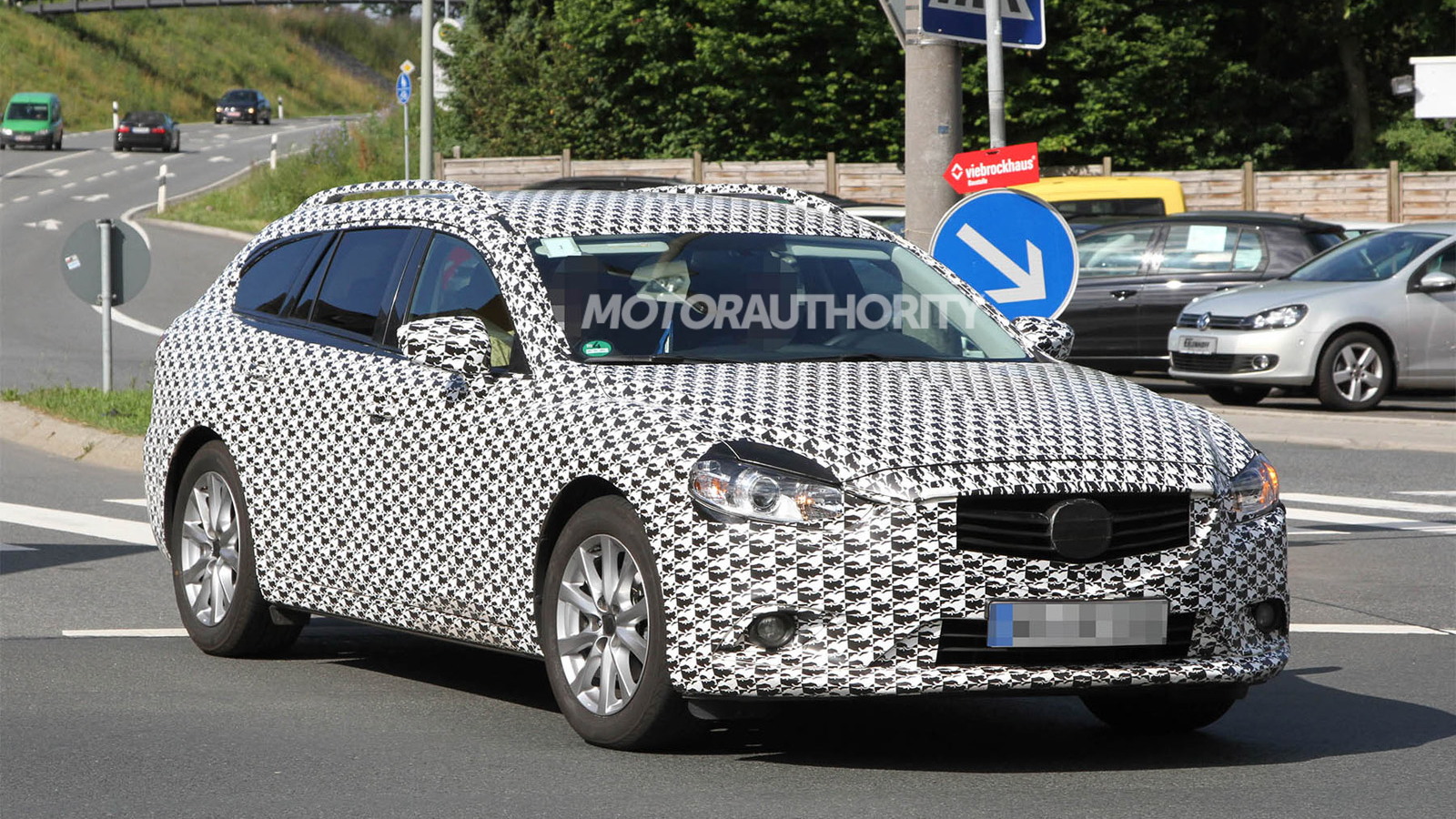 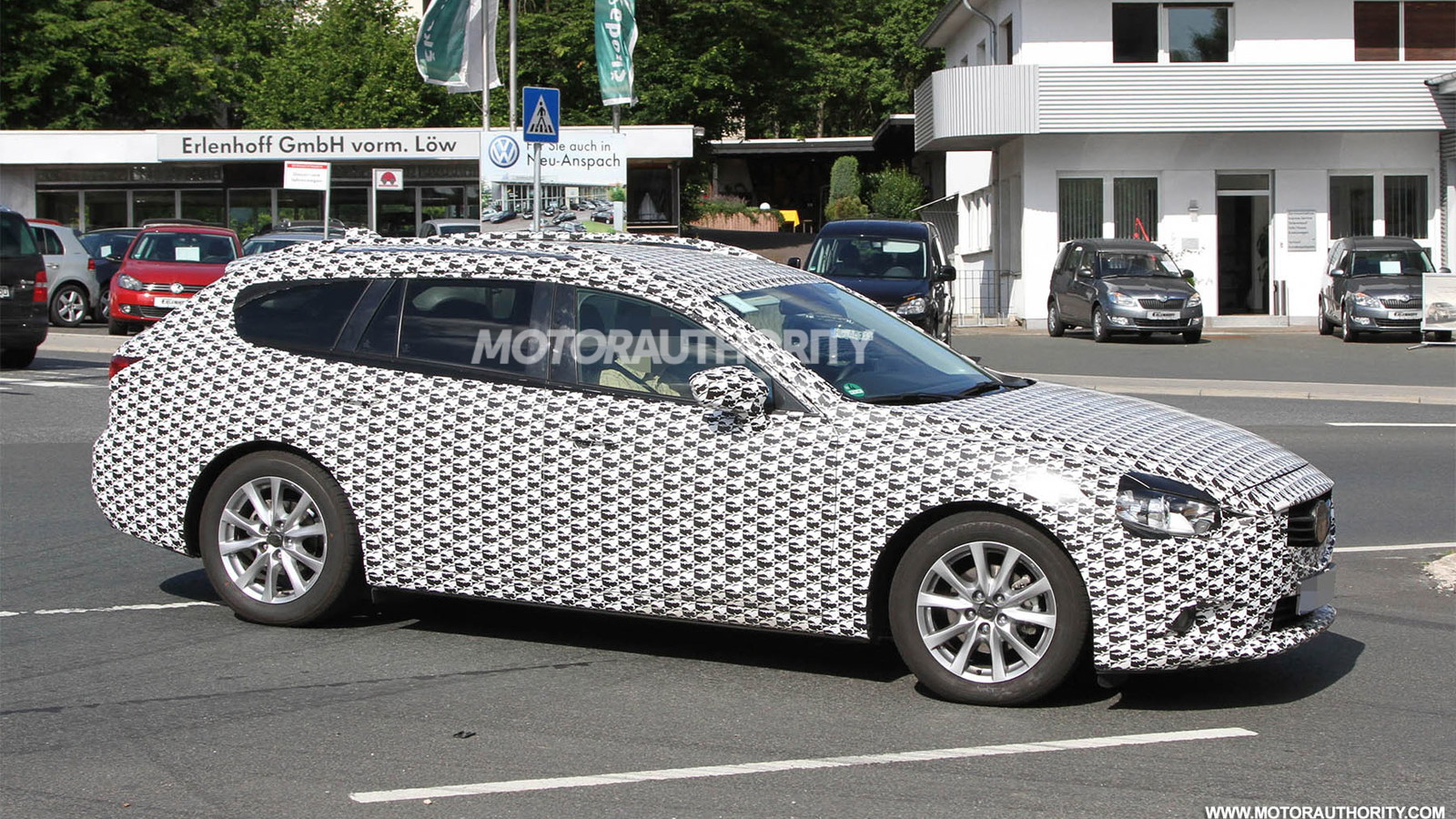 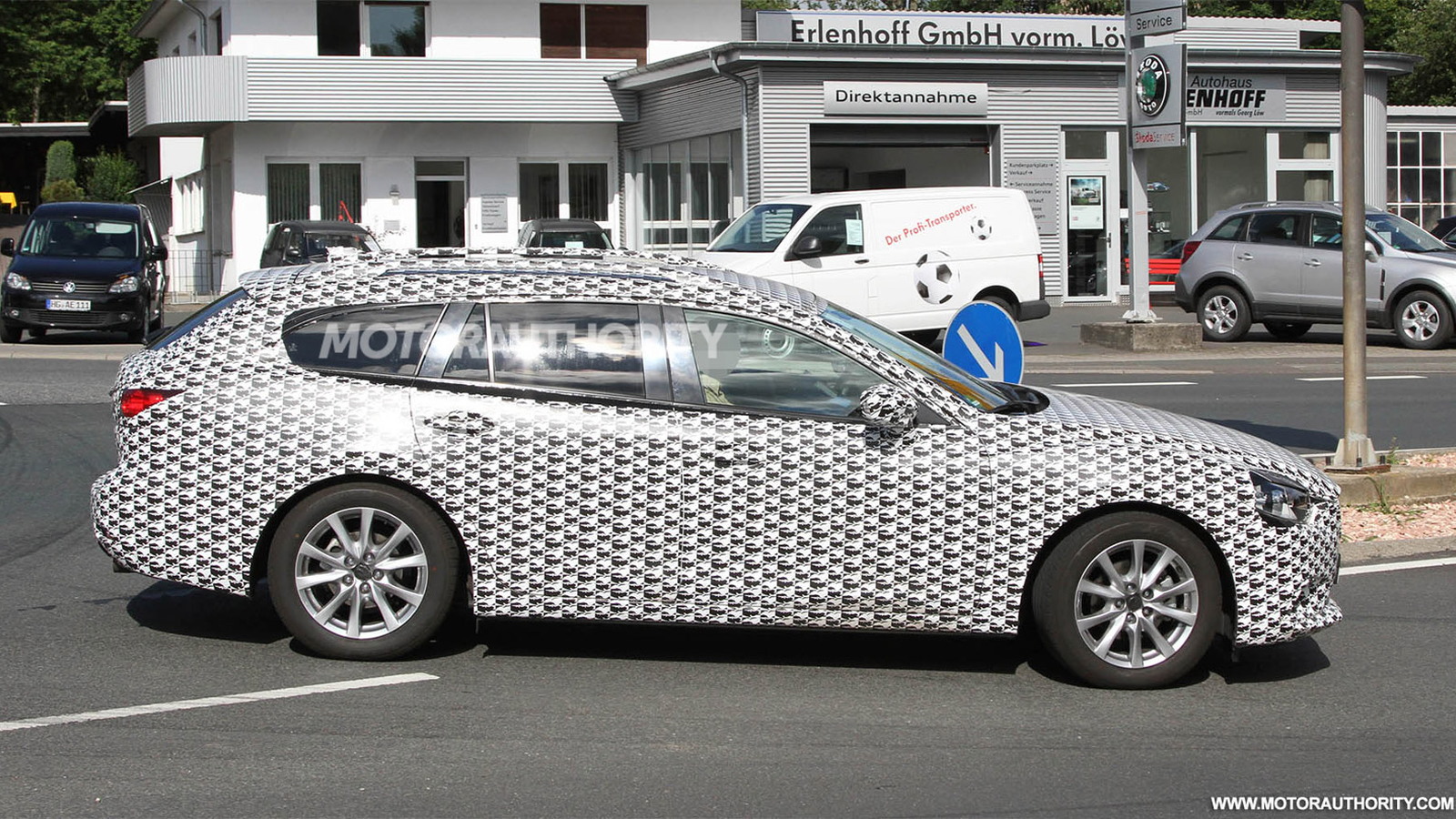 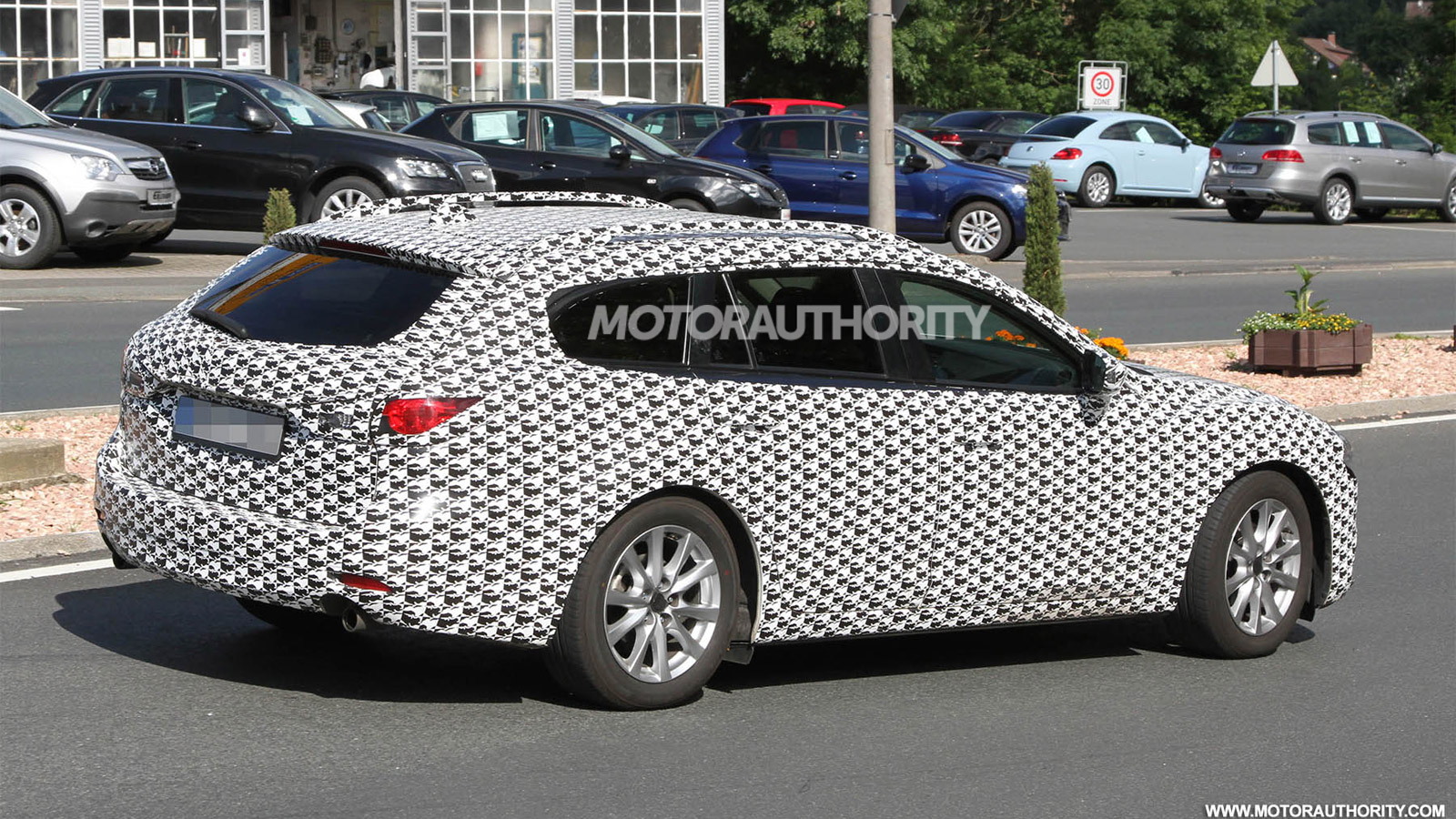 23
photos
Mazda has already confirmed its long overdue redesign for the Mazda6 mid-size sedan, hatch and wagon is set to make its debut at the 2012 Paris Auto Show this fall, before sales start early next year.

And today we have a set of spy shots revealing the new Mazda6 wagon in prototype form as it undergoes final testing in Germany.

Mazda is yet to confirm if the wagon variant of the new Mazda6 will be sold in the U.S., though it certainly would be a welcome addition to the automaker’s lineup as an option for families looking to downsize from larger crossovers and SUVs.

The new Mazda6, which will be introduced as a 2014 model, shares its platform with the 2013 CX-5 crossover and features a number of innovative design elements as well as full compatibility with the latest SKYACTIV range of green technologies.

One of these is the implementation of 1,800 megapascal (approximately 261,000 psi) ultra-high tensile steel in its construction. The new steel is not only much stronger than regular steel, it’s also significantly lighter.

2014 Mazda6 getting Takeri styling but no diesel

As for the styling, Mazda will be incorporating the stunning lines of its well-received Takeri Concept unveiled last year. According to the photographer of these shots, the roof of the prototype sits much lower than the one on the outgoing Mazda6. The prototype is also said to be slighter wider, which should result in a roomier and better handling vehicle.

Sadly, Mazda has confirmed that the 2014 Mazda6 in the U.S. won’t feature the SKYACTIV-D 2.2-liter turbodiesel engine showcased in the Takeri concept, though it plans to offer a clean diesel engine to U.S. buyers eventually. In the meantime, expect to see a hybrid model powered by technology borrowed from Toyota, as well as a turbocharged four-cylinder base model.

Transmission options will include a conventional six-speed manual or six-speed automatic.

Unlike the version it replaces, the new 2014 Mazda6 will be assembled at Mazda’s plant in Hofu, Japan.