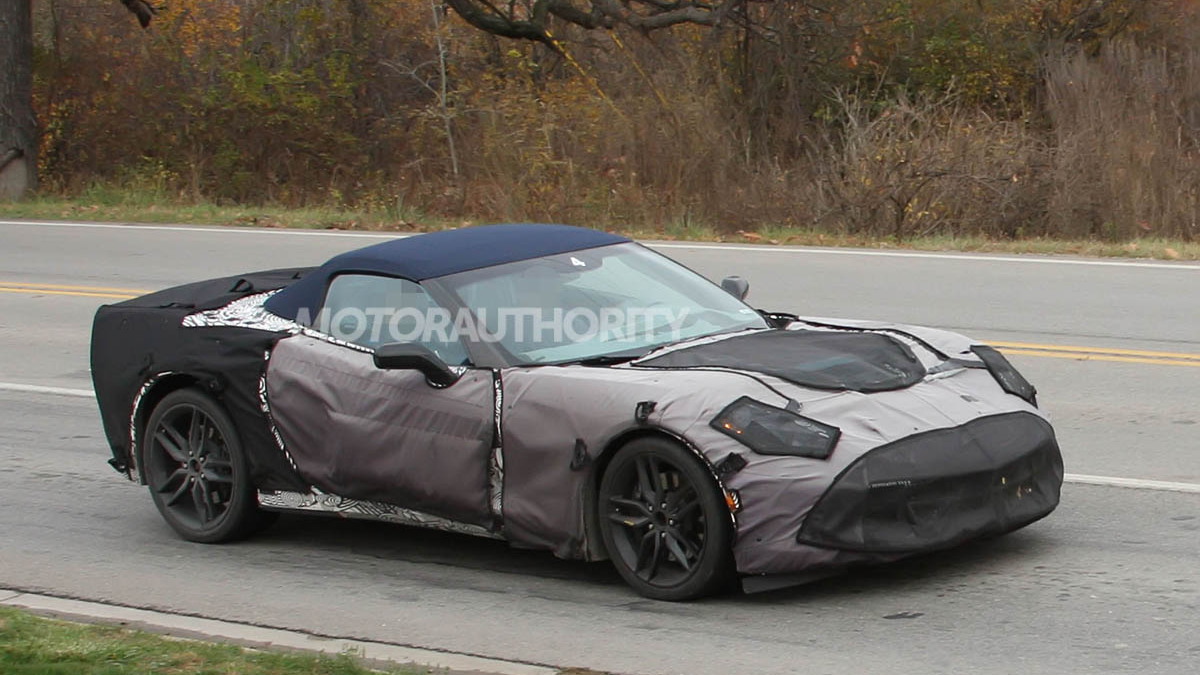 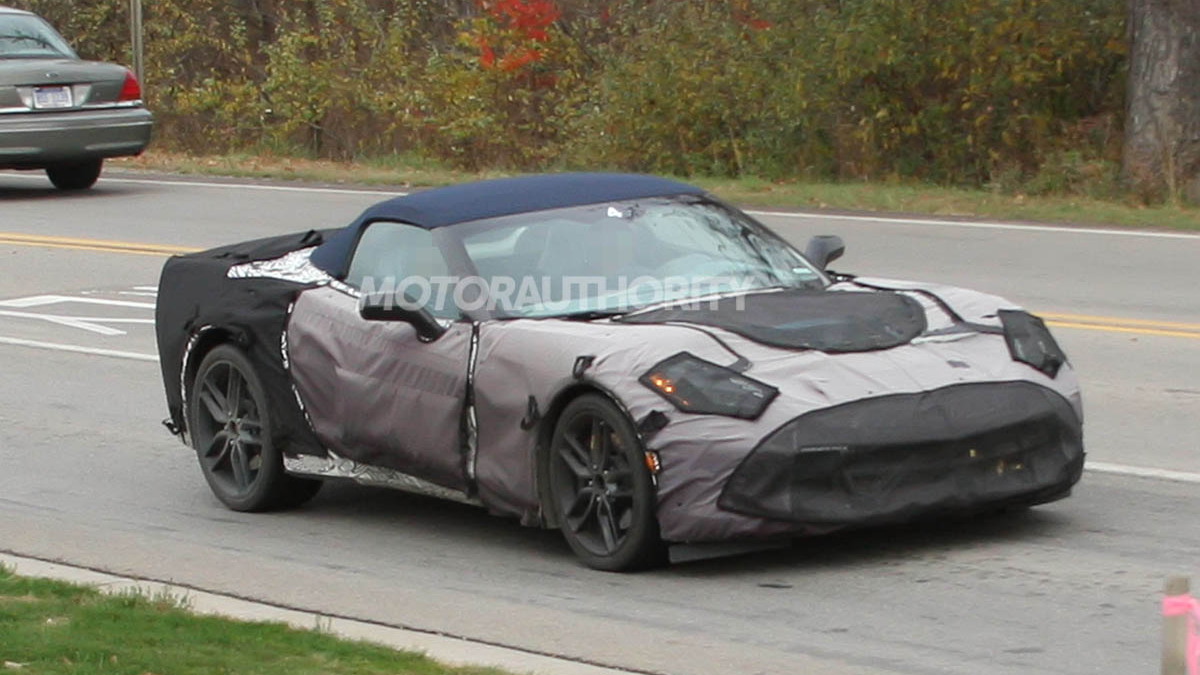 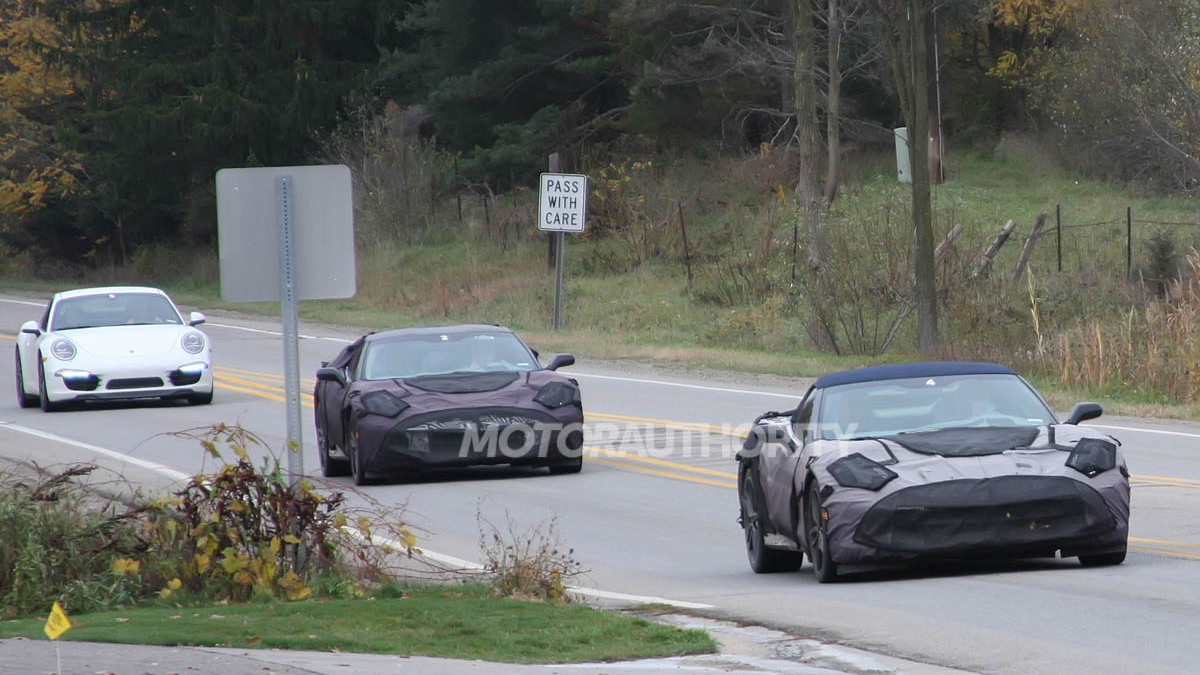 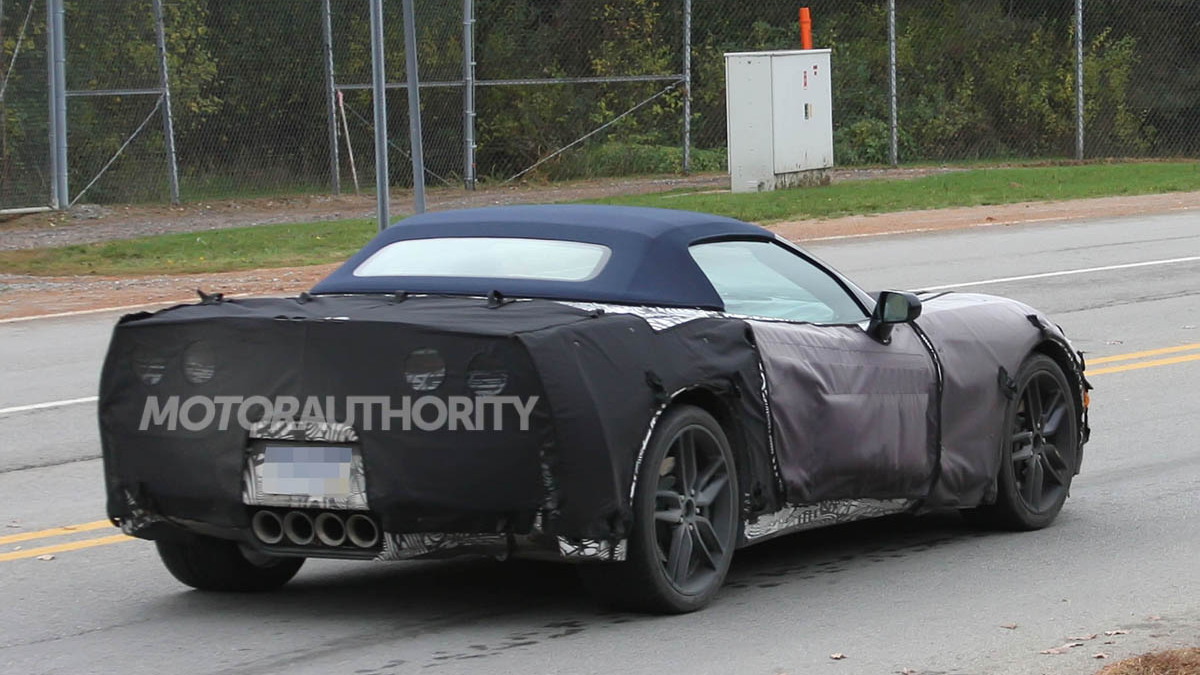 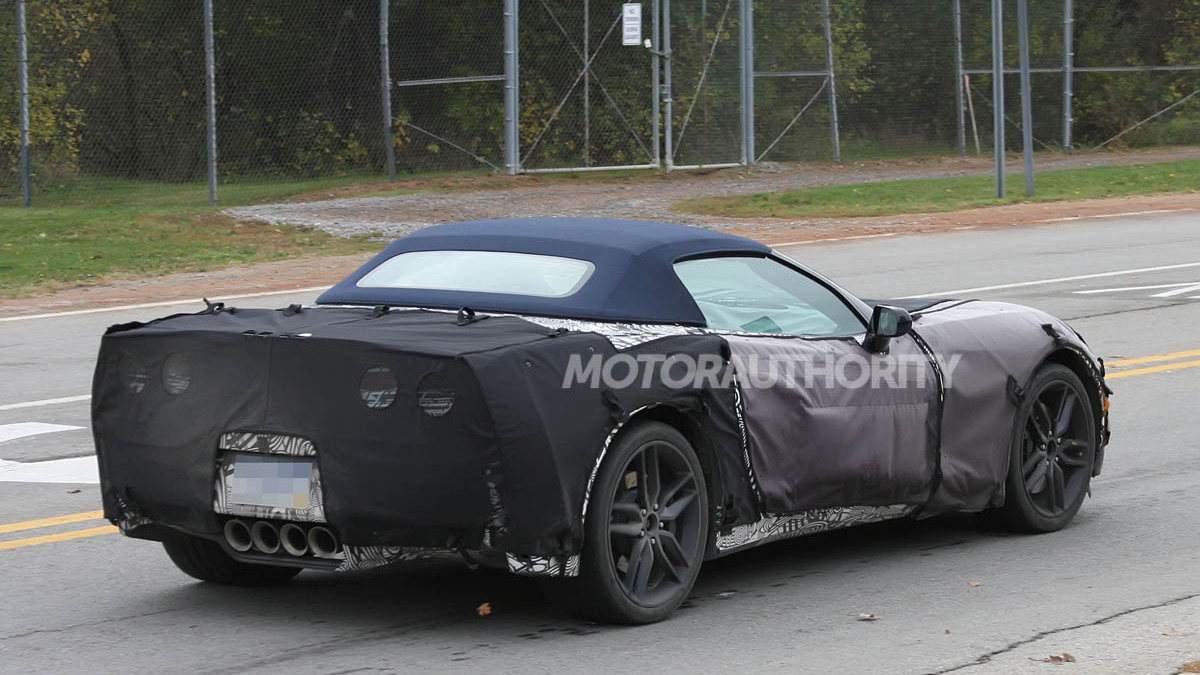 8
photos
Though Chevrolet is playing coy with its teaser videos and information on the 2014 Corvette (aside from its just-revealed LT1 V-8 engine, of course), spy photographers the world over are having a field day with the coupe--and now, with the convertible. Lucky us.

Here, we see a Corvette Convertible prototype in testing in the U.S. alongside a 2014 Corvette Coupe and a 991 Porsche 911.

The photos reveal the C7 convertible will use a folding soft top, rather than the seemingly ubiquitous folding hard top. The solid-seeming and form-fitting shape of the soft top looks rather good to our eyes, doing little to break up the flowing form of the curves that lie beneath the heavy camouflage material.

Other details largely reflect their counterparts in the coupe, though a few appear to be somewhat different, including the front end, which hints at subtle differences in shape of the front air inlet and air dam structure, as well as the rear high-mount brake light, which is obscured by the camouflage. It's not clear if these differences are between the coupe and convertible or if they're just variations being tested for production.

Of course, the soft top also gives the 2014 Corvette Convertible a slightly different profile than the fastback coupe, but from what we've seen so far, we like it--and most convertibles look better with the top down.