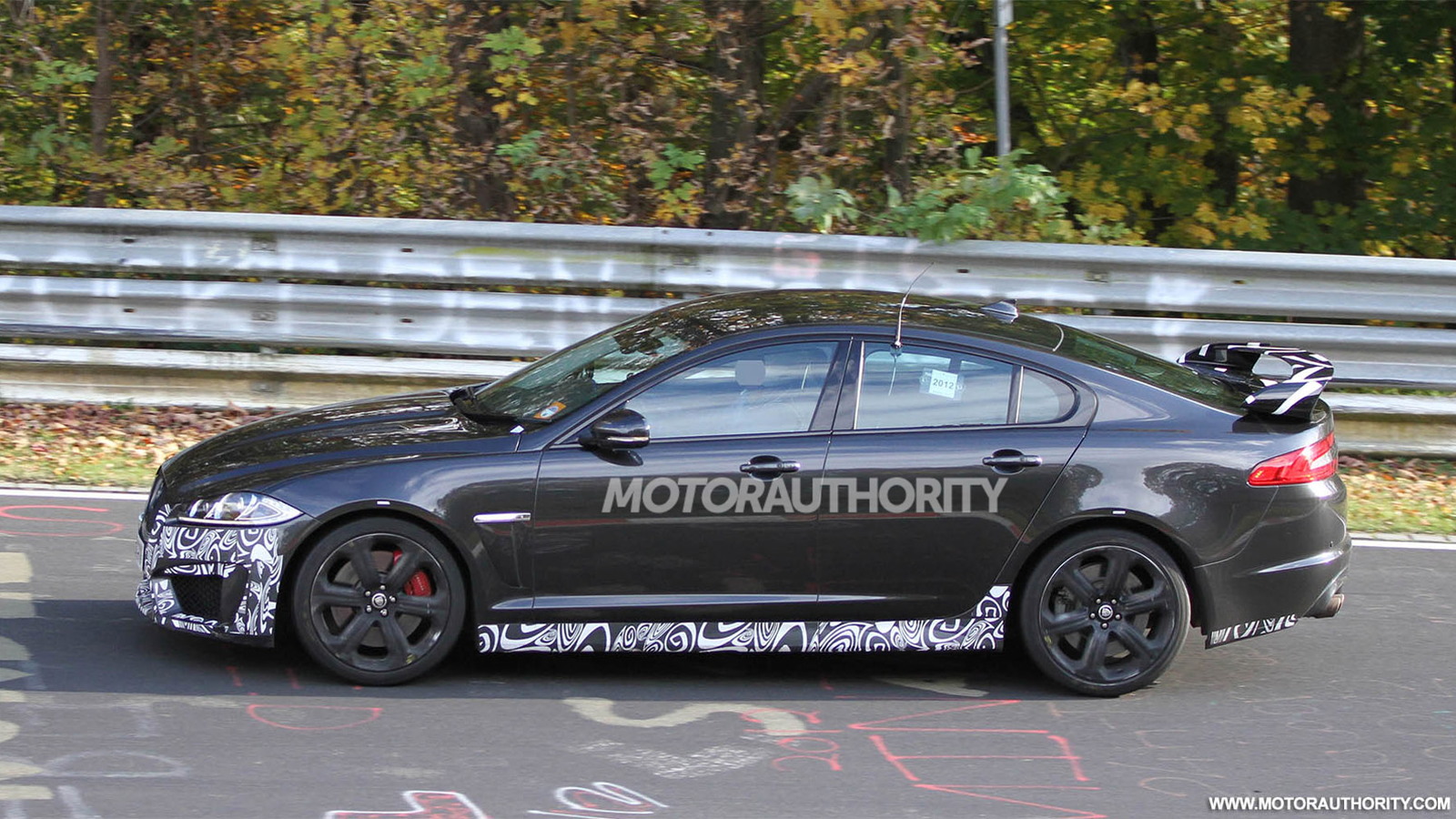 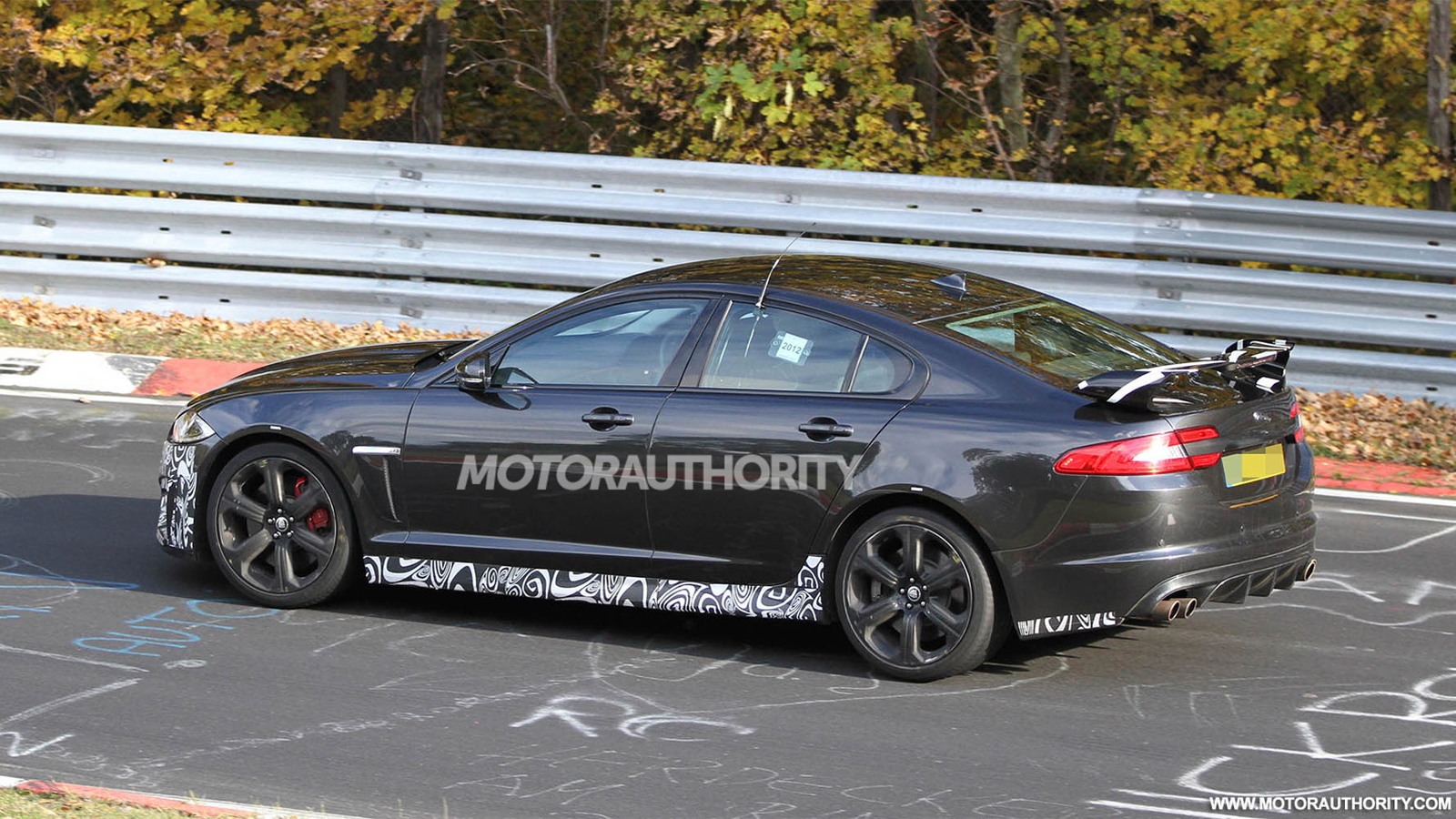 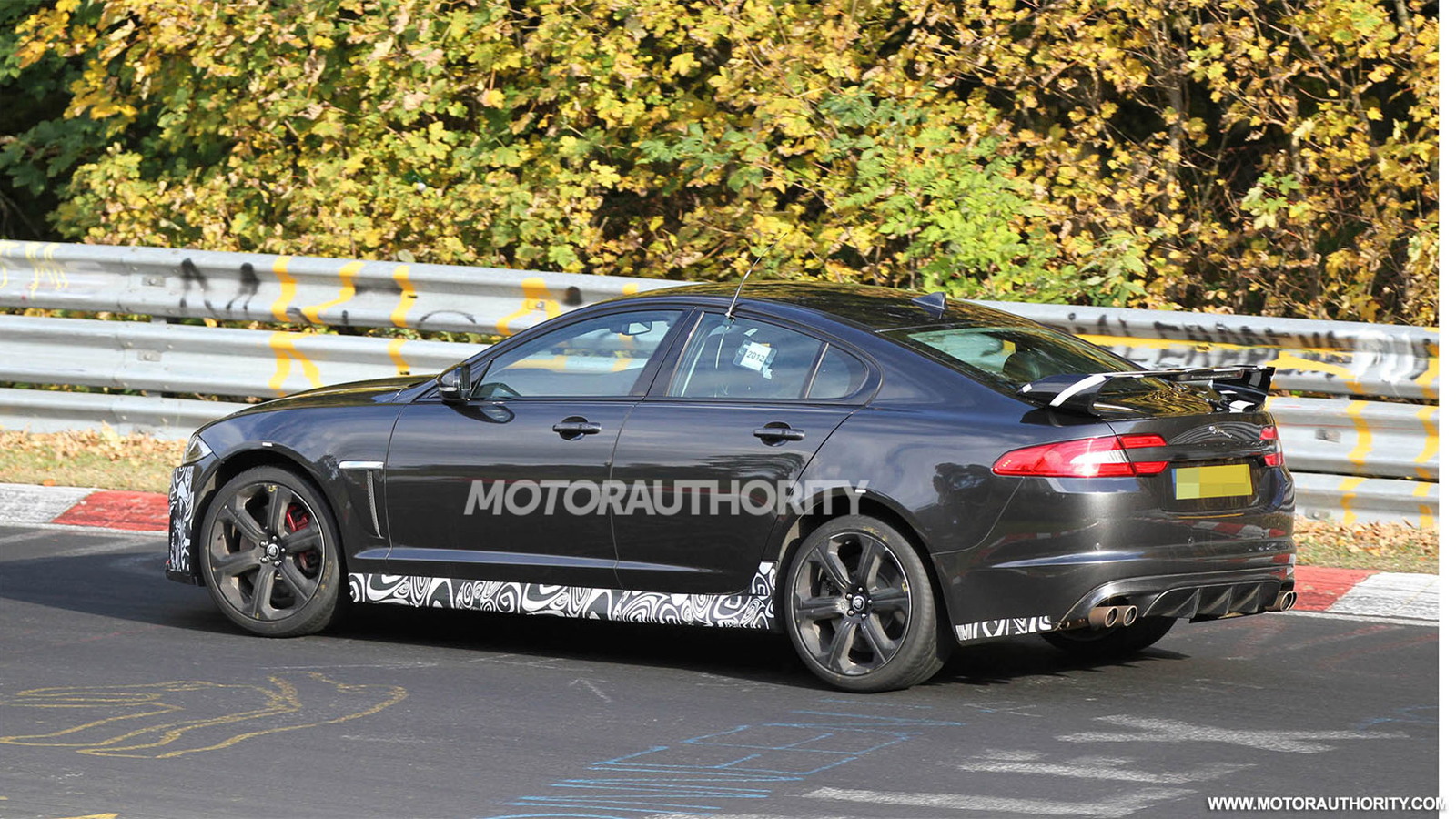 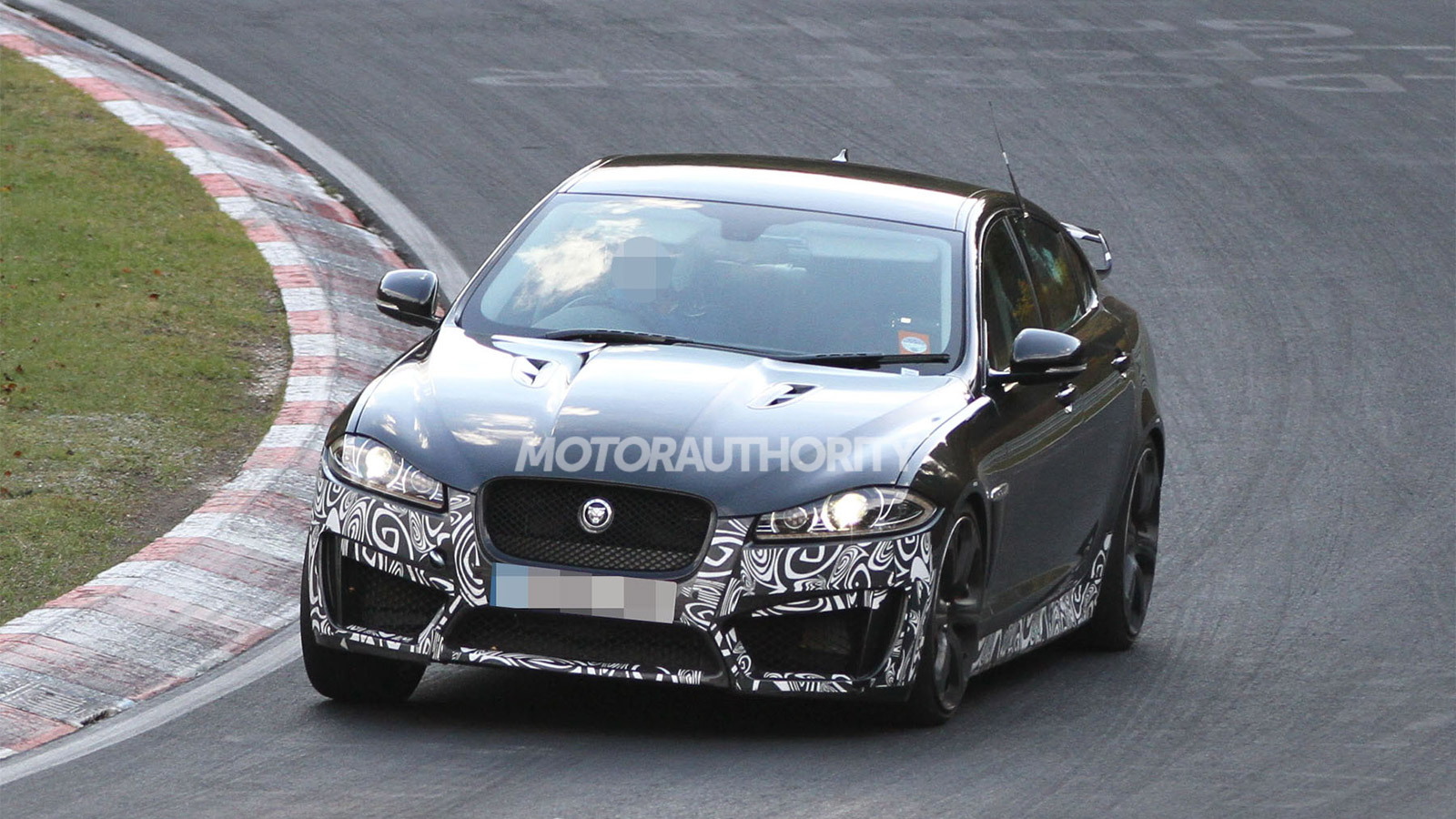 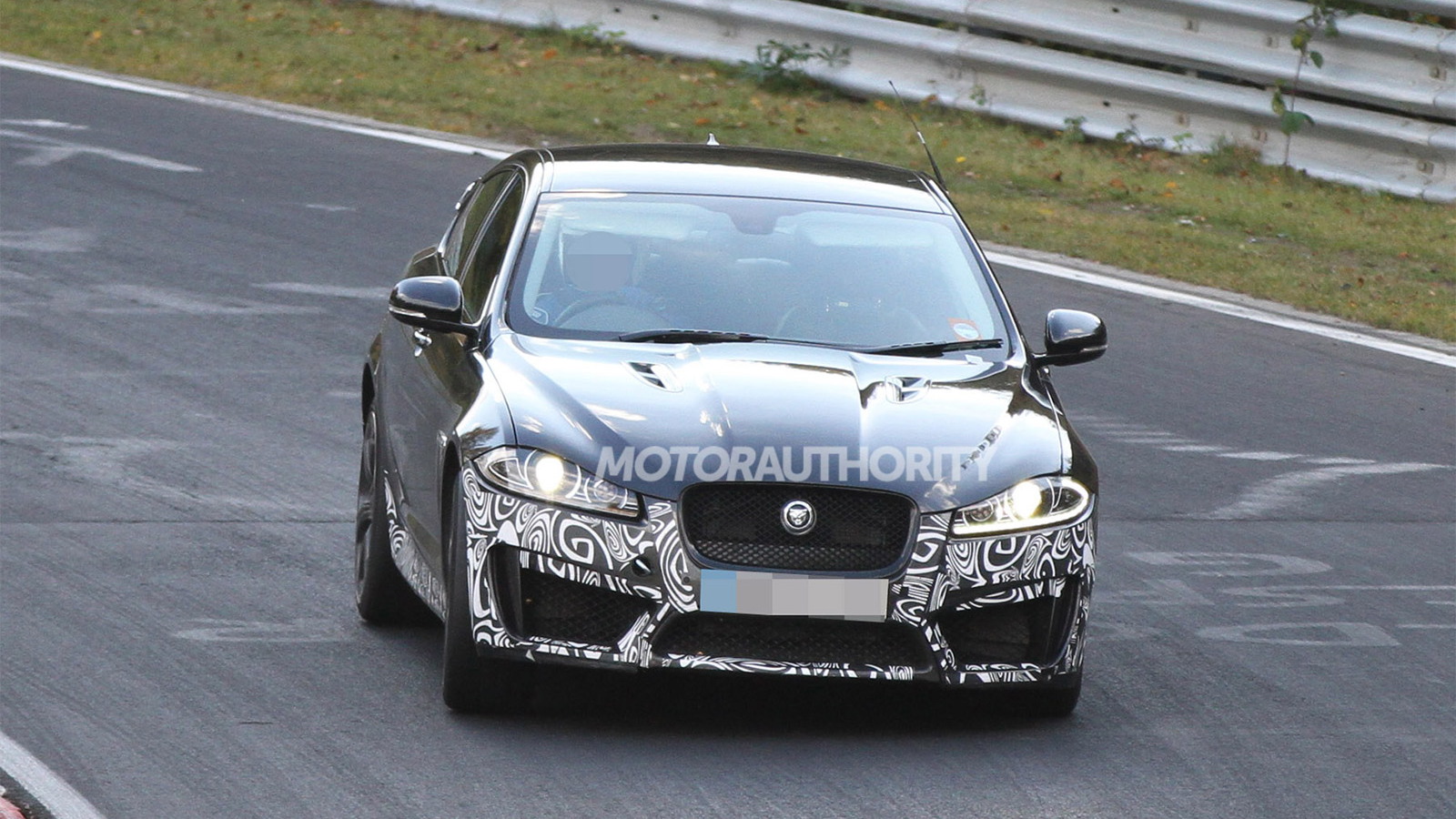 24
photos
Prototypes for the hardcore Jaguar XFR-S super-sedan are appearing with the least camouflage gear yet, meaning the car’s auto show debut can’t be far. Here we see an almost production ready example being thrown around the Nürburgring, with its new aero components, which include a large rear wing, being the only bits masked by camouflage.

With the XKR-S and more recent XKR-S Convertible proving to be quite formidable track weapons, though we’re sure most owners wouldn’t even know where their nearest track is, it was only a matter of time before Jaguar used the powertrain from its most powerful sports car in the XF sedan. Yes, the new XFR-S is expected to be packing a supercharged 5.0-liter V-8 with 550 horsepower and 510 pound-feet of torque channeled to the rear wheels, most likely via the latest ZF eight-speed automatic.

The XF sedan is a heavier car than the XK coupe, so expect the XFR-S’ 0-60 times to be slightly worse than the XKR-S’ 4.2-second figure. Top speed, however, should remain around 186 mph.

With these kinds of perfects stats, the XFR-S should have no trouble keeping up with the BMW M5s and Mercedes-Benz E63 AMGs of this world, and we could even see it ending up taking home the executive sedan performance crown.

Look out for the new Jaguar XFR-S to debut at the 2012 Los Angeles Auto Show in November before going on sale early next year as the pinnacle of the recently announced 2013 Jaguar XF range. Note, this isn’t the only high-performance model Jaguar is currently working on, in addition to the production version of its C-X75 plug-in hybrid supercar concept as well as the recently revealed 2014 F-Type, the automaker is also planning a special track-focused XKR-S to take on the likes of the Porsche 911 GT3.