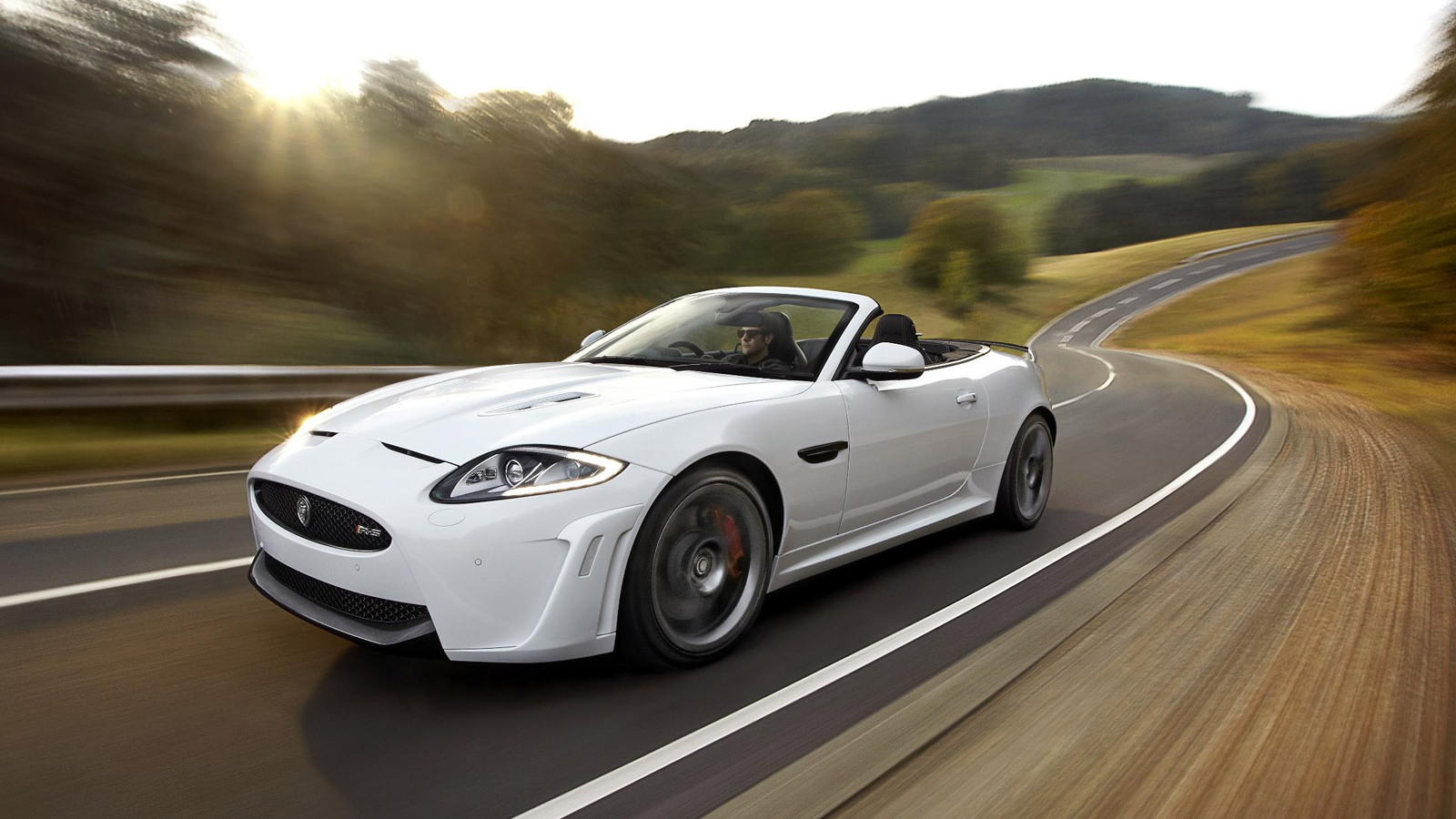 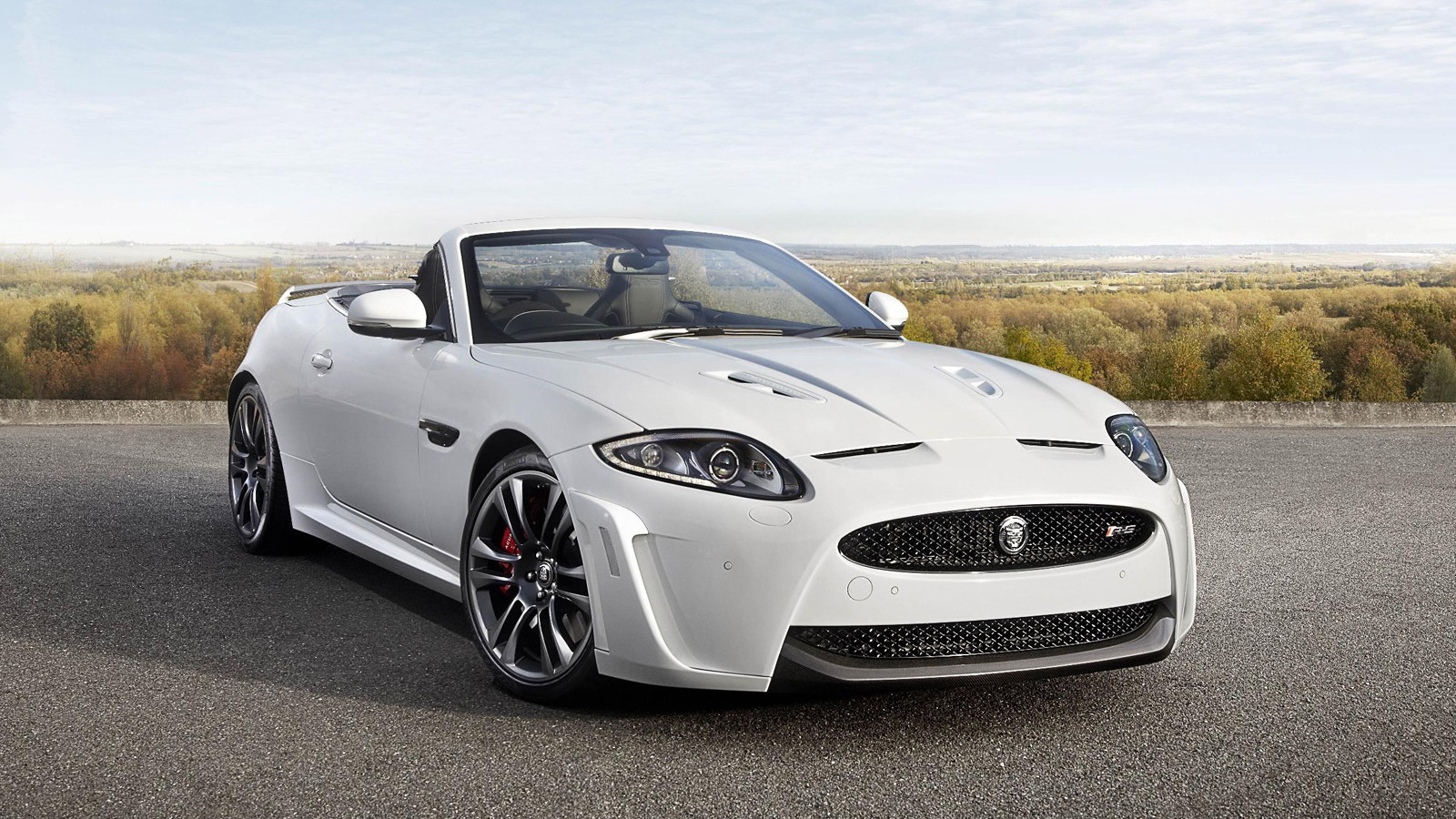 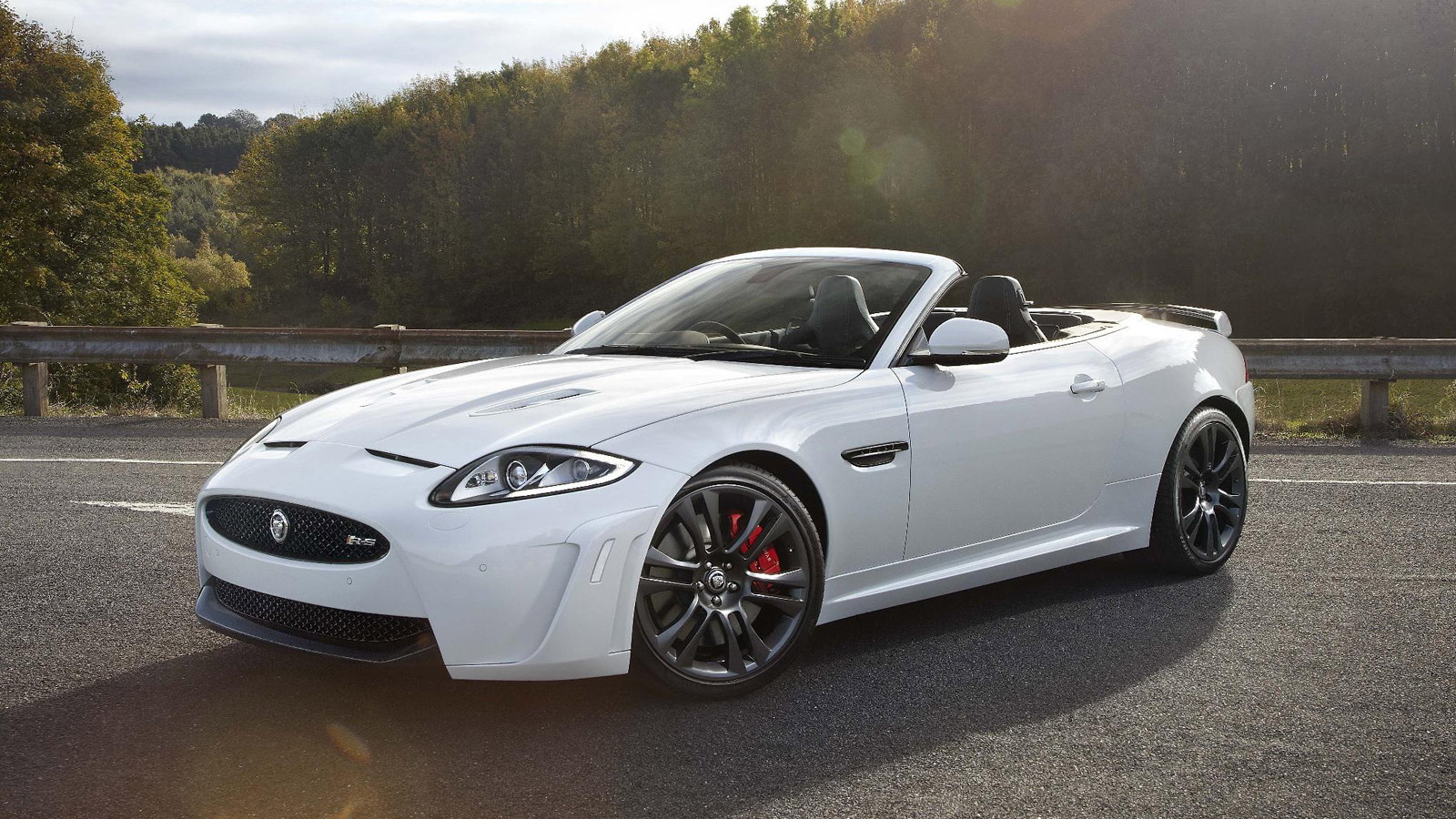 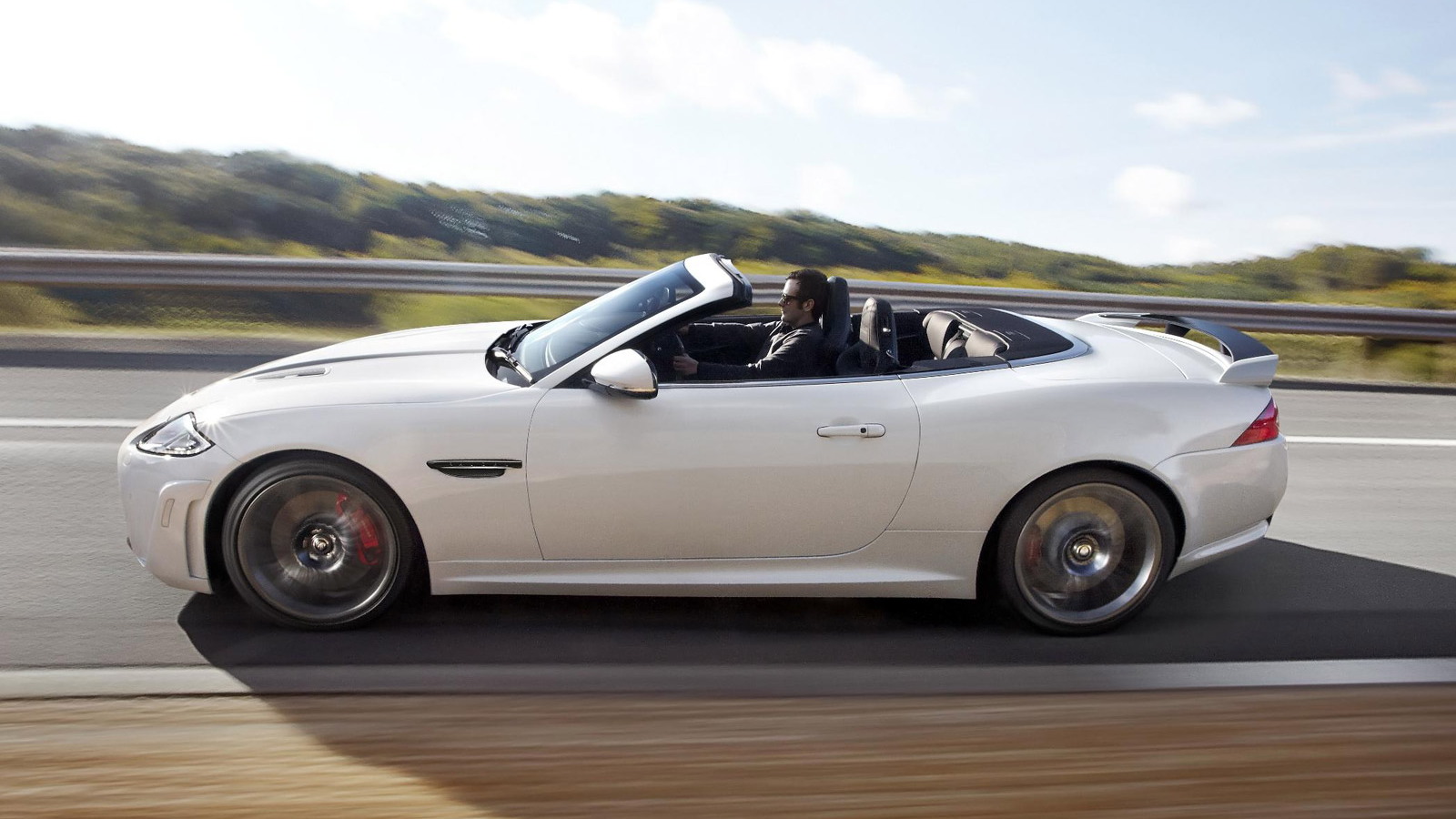 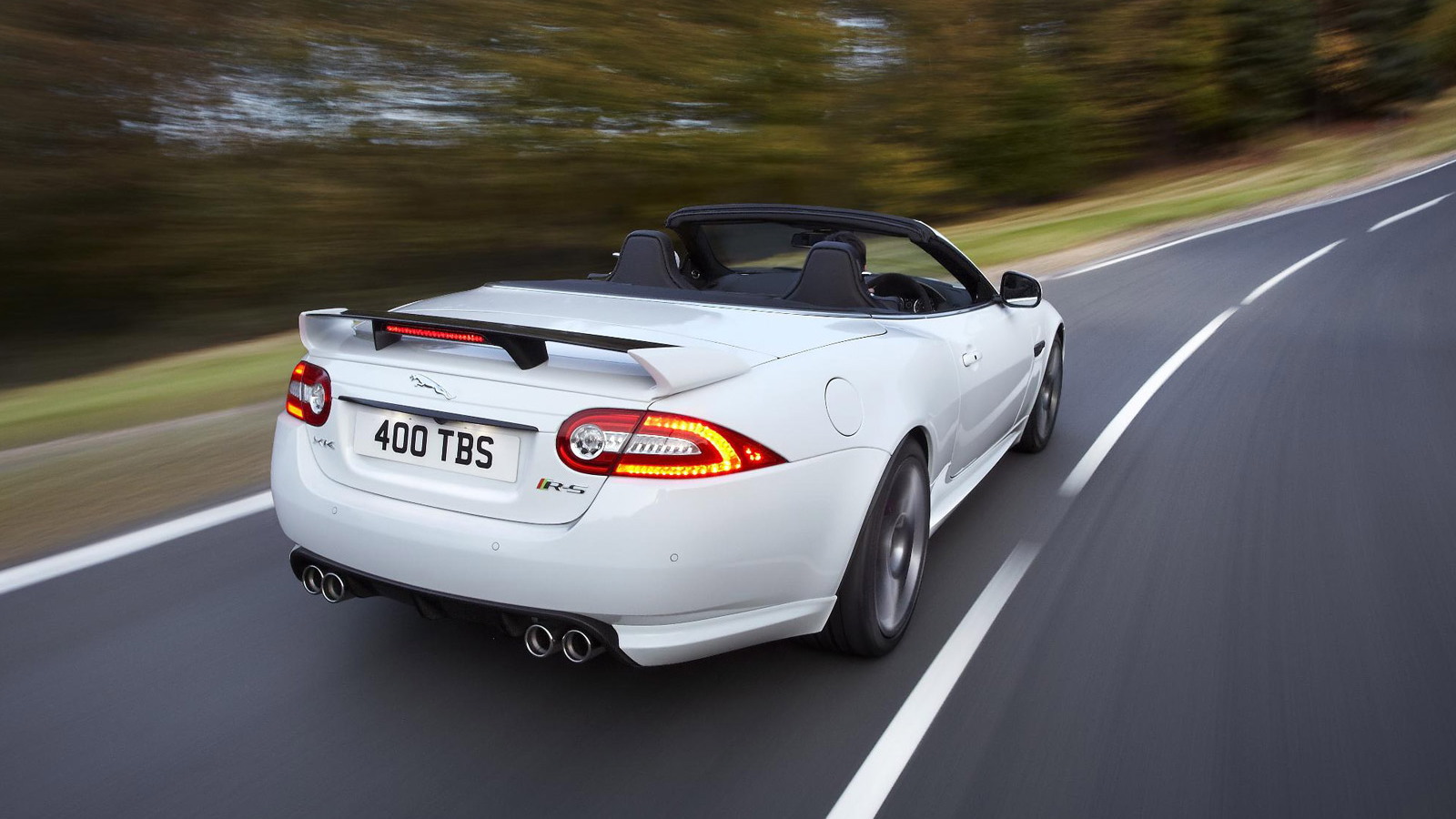 12
photos
The inevitable convertible version of the stunning 2012 Jaguar XKR-S coupe has been revealed ahead of its debut later today at the 2011 Los Angeles Auto Show.

With its 0-60 mph time of 4.2 seconds and top speed of 186 mph, the new XKR-S Convertible is quite simply the fastest convertible Jaguar has ever built.

There’s a good reason for this. The latest model addition is also the most powerful convertible Jaguar has ever built also. Like it its hard-top sibling it packs a supercharged 5.0-liter V-8 delivering no less than 550 horsepower and 502 pound-feet of torque.

Externally the XKR-S Convertible is differentiated from other XK models with track-tuned aerodynamic aids. These include a wider and lower air intake, a carbon fiber splitter and twin side nacelles. At the edges of the bumper, there’s also a set of vertical panels that channel air down the side of the car along new sills, which serve to both smooth the horizontal airflow and emphasize the 0.4-inch reduction in ride height.

A unique rear wing with a carbon fiber inlay works in conjunction with a rear apron featuring a carbon fiber diffuser. The result is a reduction in overall lift of 26 percent and balanced aerodynamics front and rear to keep the car connected to the road.

Other performance features include an active exhaust system designed to keep noise levels civil when driving around town, as well as forged 20-inch wheels, uprated brakes, and revised aluminum suspension. An uprated six-speed automatic transmission is also fitted as standard.

The convertible roof takes around 18 seconds to go up or down, and can be activated at speeds of up to 15 mph. Inside the cabin there are new performance seats with 16 comfort adjustments, a multi-function leather steering wheel, soft-feel paint for the switches and a gloss black center console.

Only 25 examples of the new 2012 Jaguar XKR-S Convertible will be brought over to the U.S., each priced from $138,000. And if you’re interested, you had better be quick as the full run of XKR-S coupes has already sold out despite the car only being revealed in March.