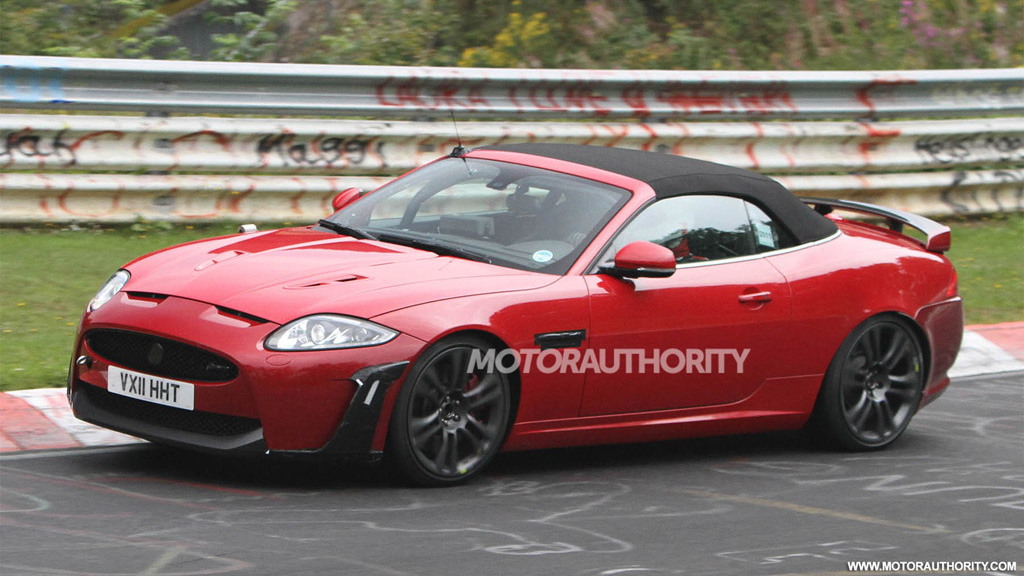 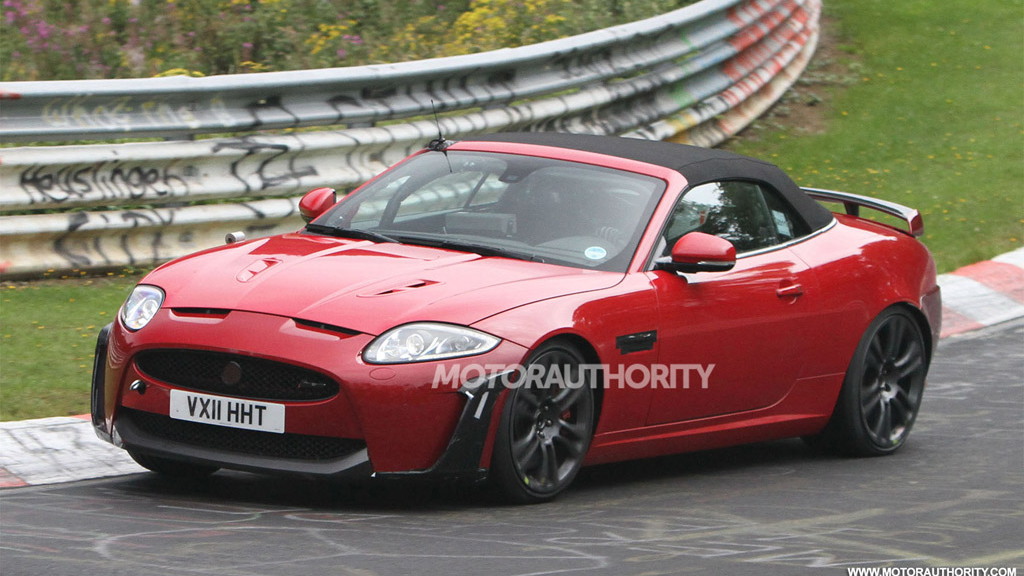 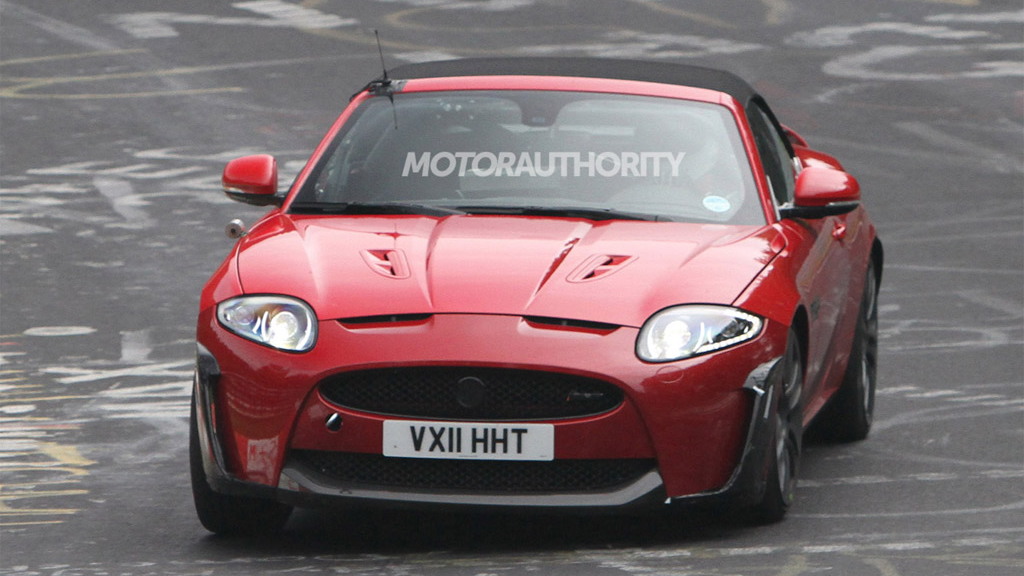 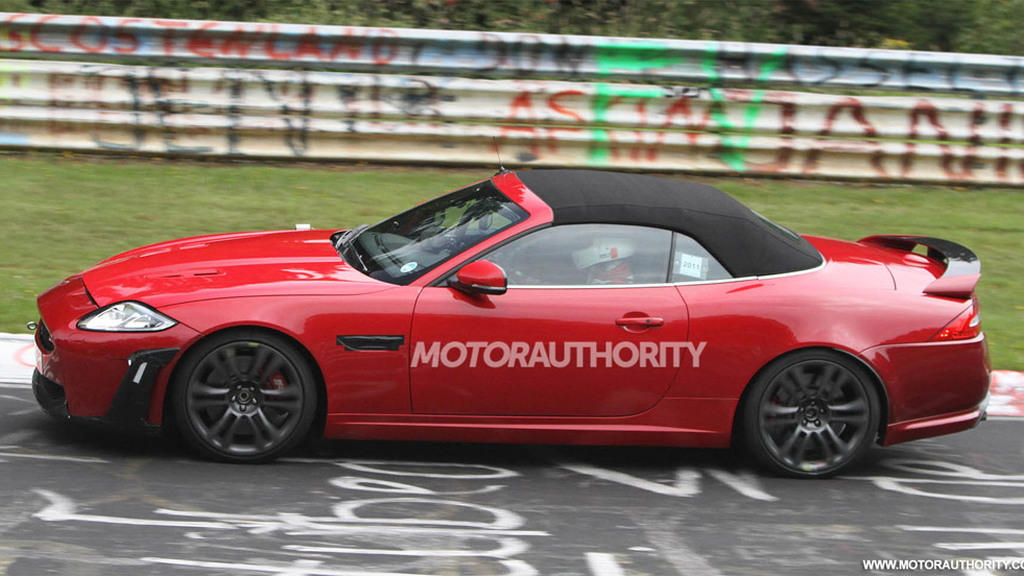 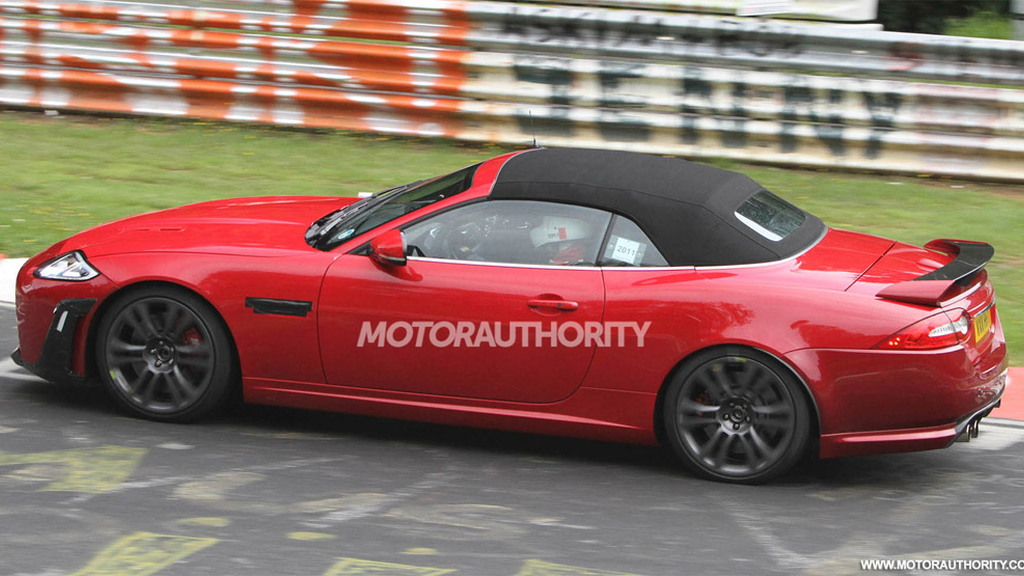 8
photos
The inevitable convertible version of the stunning 2012 Jaguar XKR-S coupe has been spotted running up some laps at the Nurburgring, with very minimal disguise.

Jaguar’s lack of concern for onlookers identifying the car suggests that its auto show appearance isn’t far, perhaps as early as next month’s 2011 Frankfurt Auto Show but more likely at the 2011 Los Angeles Auto Show this November.

Jaguar is already expected to unveil a new roadster concept in Frankfurt previewing its future Porsche Boxster rival, so will likely save the debut of this 2012 Jaguar XKR-S Convertible for a later event.

Other than its convertible soft-top roof, the XKR-S Convertible will be much the same as the XKR-S, right down to its supercharged 5.0-liter V-8 complete with 550 horsepower and 510 pound-feet of torque.

An expected heavier curb weight means acceleration time for the 0-60 mph run could be down on the coupe’s 4.2 seconds figure, however, top speed of the convertible should match the coupe’s 186 mph.

As mentioned, look out for the debut of the 2012 Jaguar XKR-S Convertible later this year, with sales likely to start early next year.

For more details on the regular 2012 Jaguar XKR-S, click here.