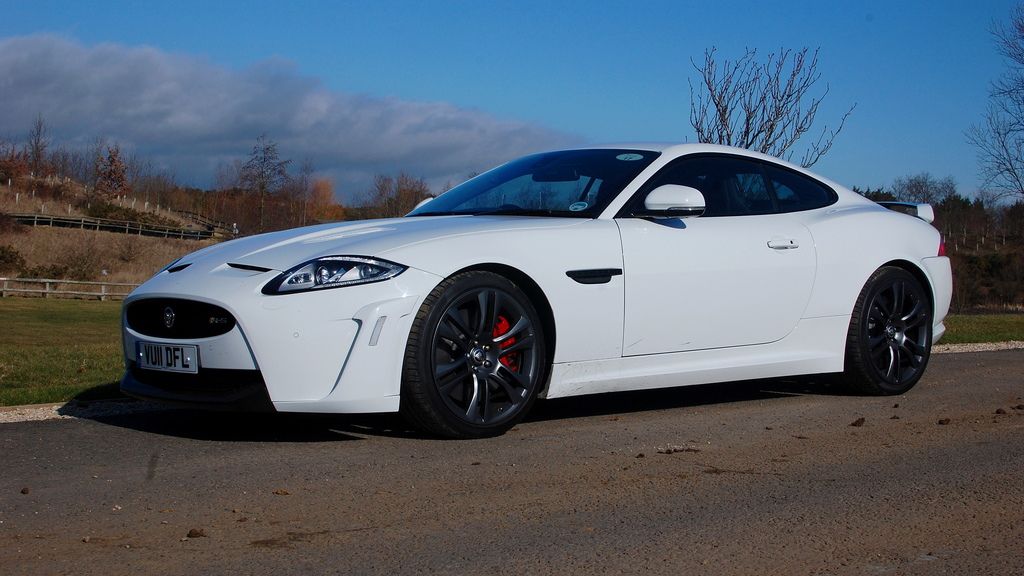 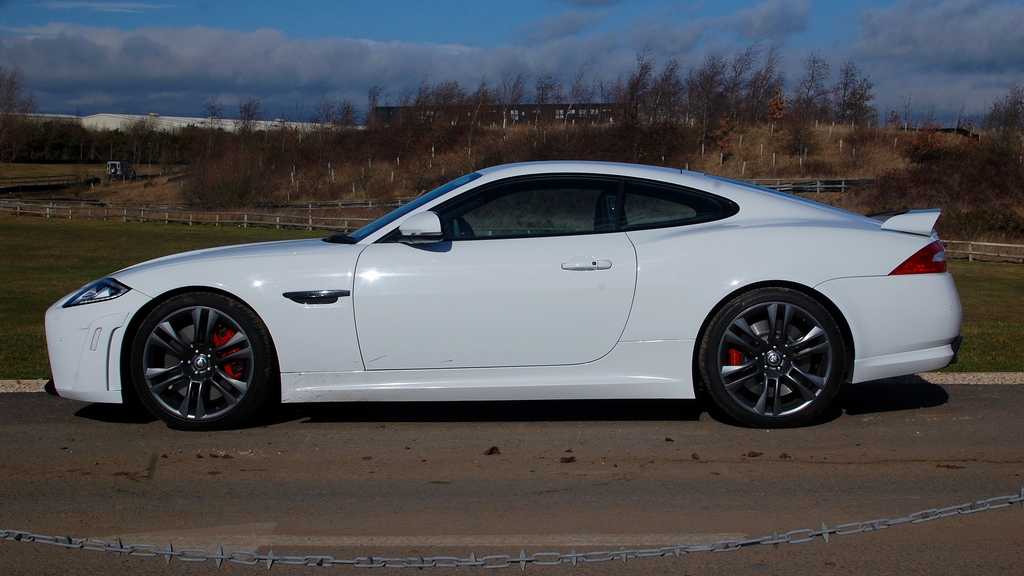 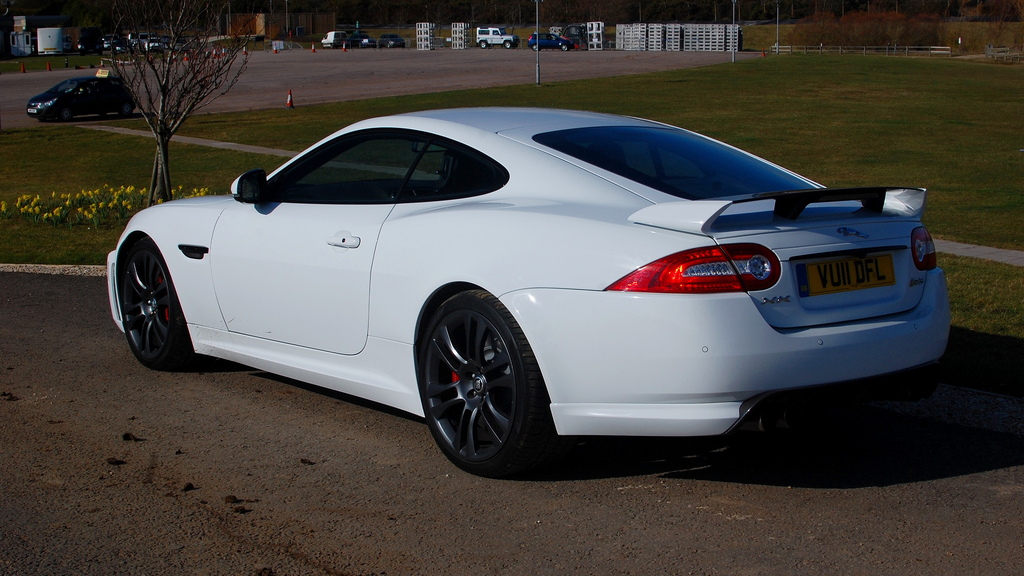 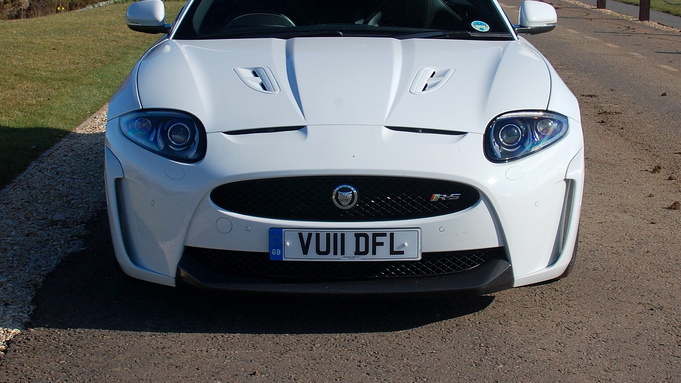 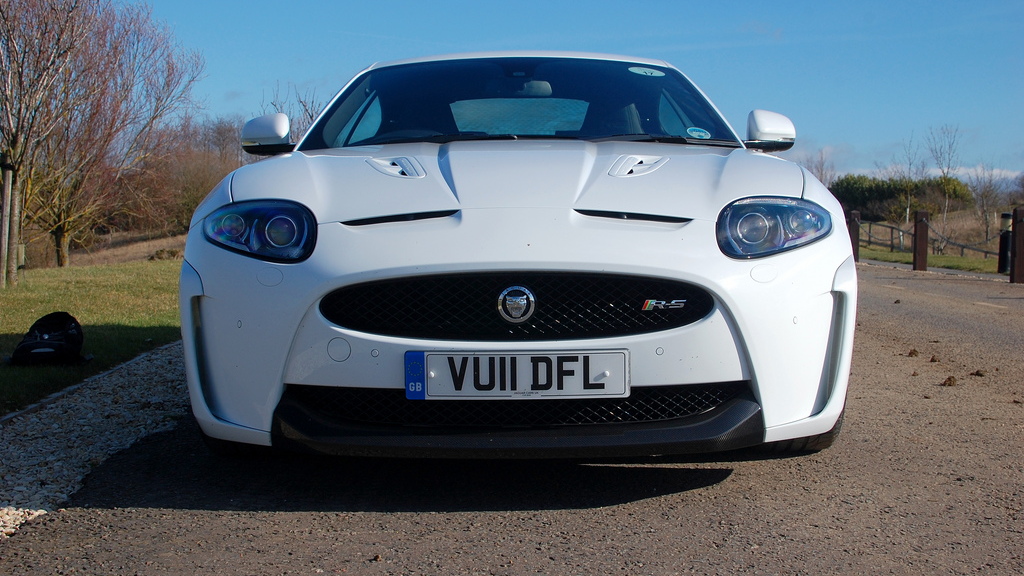 10
photos
"Grace... Space... Pace". Three words that Jaguar used to describe its luxury sedans and coupes back in the 1960s, and three words by which Jaguars have been held to account ever since.

That slogan raises questions when a car like the 2012 Jaguar XKR-S springs from the company's gates. Will it be a true Jaguar?

And faced with the rest of Jaguar's range to compare it to at a recent event in Warwickshire, England, Jaguar's fastest car since the XJ220 supercar has a lot of grace, space and pace to live up to.

It succeeds, but cautiously so.

It would be easy to become overwhelmed by the XKR-S on the strength of its performance.

Then you squeeze the right pedal until it can be squeezed no more, the traction control light blinks into a frenzy, and you find yourself amazed at how much quicker the horizon is drawn in compared to the naturally-aspirated XK you'd driven minutes before.

And then there's the noise--enhanced by four large, growling tailpipes that rudely interrupt the tranquility of the English countryside under full throttle (a cacophony accompanied by the subtle whine of a supercharger), a sound that turns to pops and crackles when you lift off.

You can enhance the experience further by selecting gears yourself. The XKR-S uses a ZF six-speed automatic gearbox, but like all Jaguars, you now get shift paddles located behind the steering wheel.

Gear changes are smooth and fast whether in auto or when using the paddles, but the main benefit of the paddles is when down-shifting, either to summon up more power, or when braking for corners. Each down-shift is rewarded with a blip of the throttle, reminding you to use that right-hand pedal a little more.

At the moderate speeds achieved on our quick drive, it handled well too. The steering was nicely weighted and full of feel, and linear enough that you could place the car accurately on the narrow roads without having to make corrections.

Even the ride impressed--firm, certainly, but quiet too. Bumps made themselves felt, but never intrusively so. The car's weight isn't too much of an issue at the sort of speeds we drove, but at just shy of 3,900 pounds we're not sure it'd be the most nimble of vehicles at higher speeds, or on a track.

Refinement lagged behind some of the other Jaguars on the day, a result of the wide tires and loud exhaust. The latter you'd almost certainly forgive, but the former might become a little wearing on longer journeys.

All the same, you'll enjoy typical Jaguar luxuries inside the cabin.

The "Performance Seats" are mounted low, and endless adjustment ensures you can get comfortable fairly easily. They're also suitably supportive for quicker cornering, and we've no doubt they'd be equally suitable for longer drives, as befits a GT car.

In isolation, the interior is also a pleasant space in which to spend time. The charcoal leather and piano black accents are perhaps a little dark, but it's hard to fault the quality and all your points of contact with the car--the leather wheel, the knurled metal gear selector, the seats--are all great to hold or touch.

We're not so sure about the design though. There's nothing particularly wrong with it, but after hopping from Jaguar's other models--the XF and XJ--the shapes now look a little dated, and it doesn't have the same sense of occasion as Jaguar's sedans.

You'd also not want to spend too long in the rear seats. While immaculately-appointed, they aren't hugely spacious, particularly if you're sitting behind a taller driver or passenger.

We're much keener on the XKR-S in Jaguar's "Polaris White" paint than in the slightly more attention-grabbing blue shown at the car's debut. It looks aggressive and modern, and dark details like the 20-inch grey wheels and carbon-fiber spoiler work well.

Graceful? That's harder to justify. Parked next to a standard XK in silver, the XKR-S looked like it was trying just a little too hard. It'd no doubt suit the environs of a race track more than English country roads and quaint villages.

But then, you're encouraged to consider whether, with all that weight to lug around, it would be suited to the race track either.

You then start to wonder whether it really is worth the price premium over the regular, less hardcore XKR, or even the naturally-aspirated V-8, which still offers high performance but also fulfils the "Gran Turismo" role better, with a more controlled ride and less tire noise.

For some, the performance, and indeed those aggressive looks, will be enough to tempt them into upgrading from R to R-S. For others, the slightly compromized road manners might be a turn-off.

From our brief impressions, the XKR-S is a great performance car. But as neither the most gracious, nor the most spacious, it's not the best Jaguar.