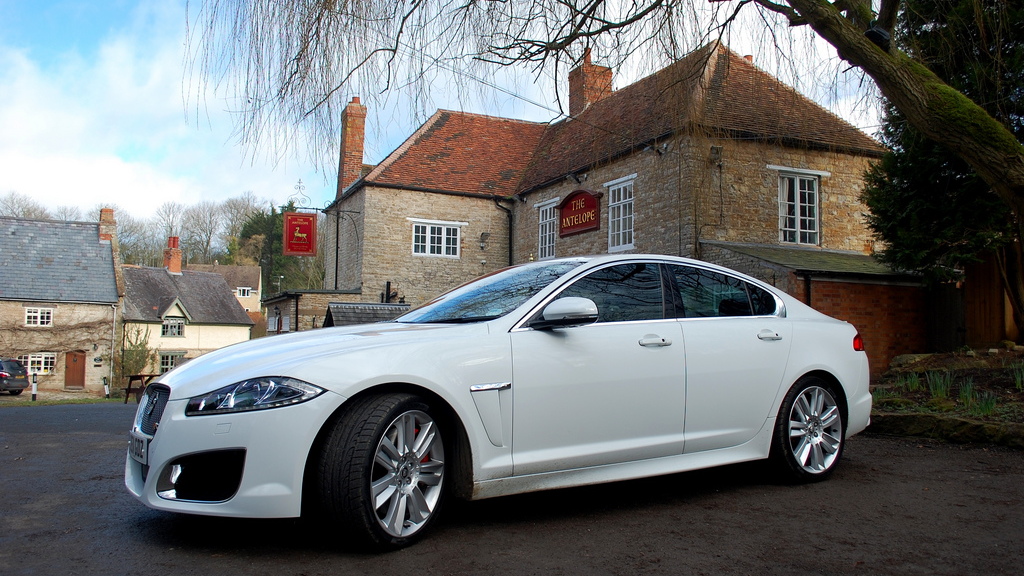 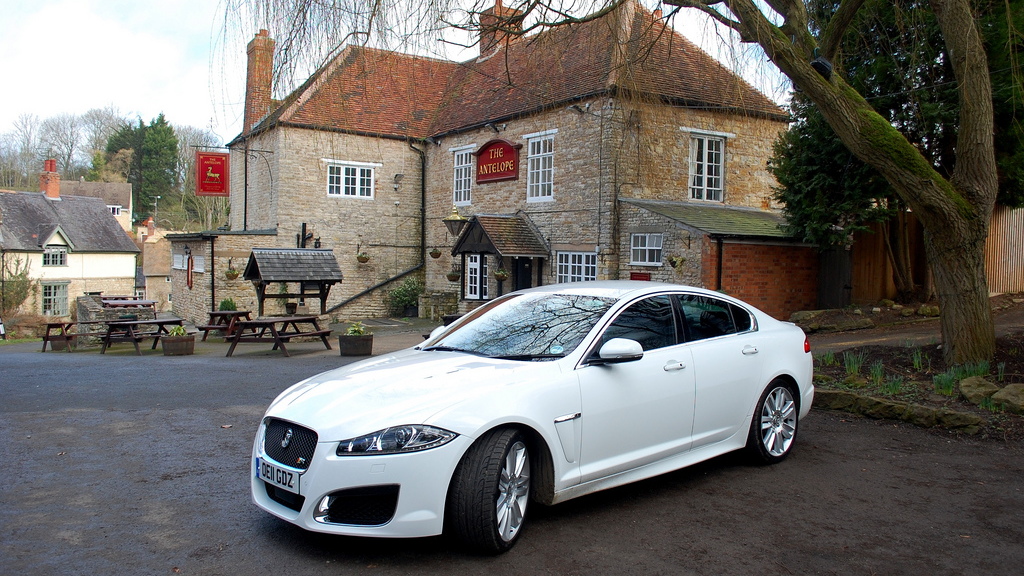 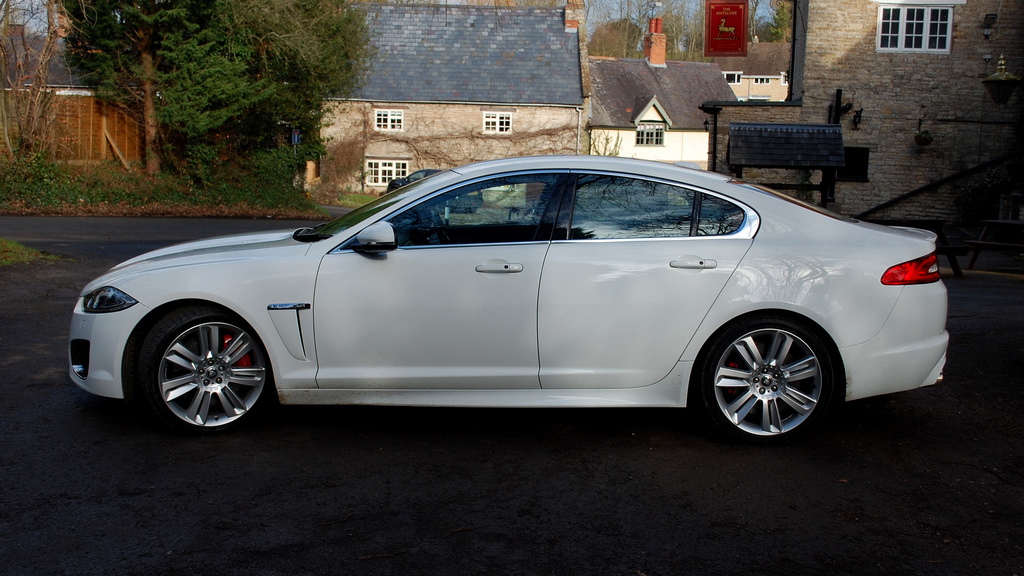 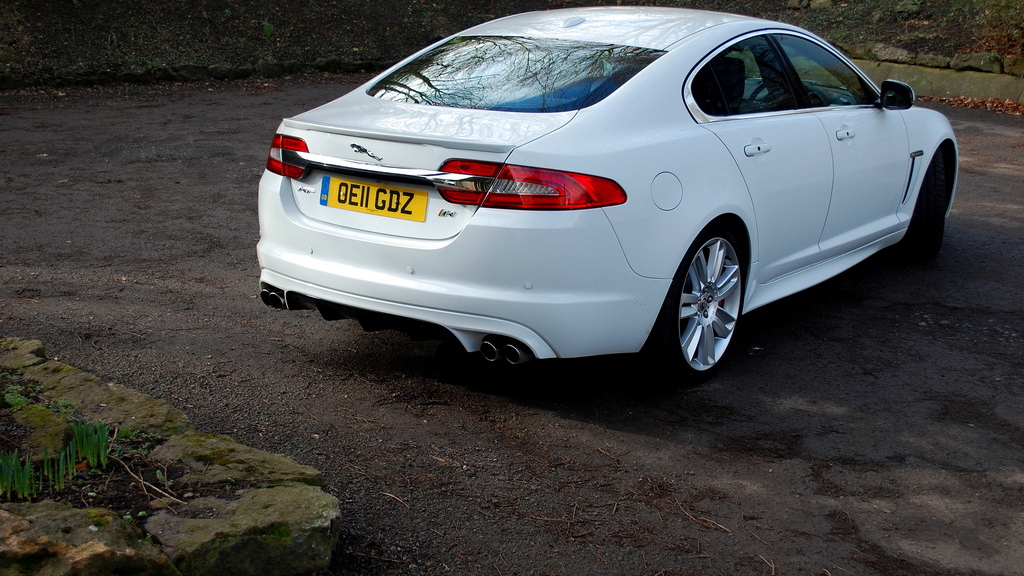 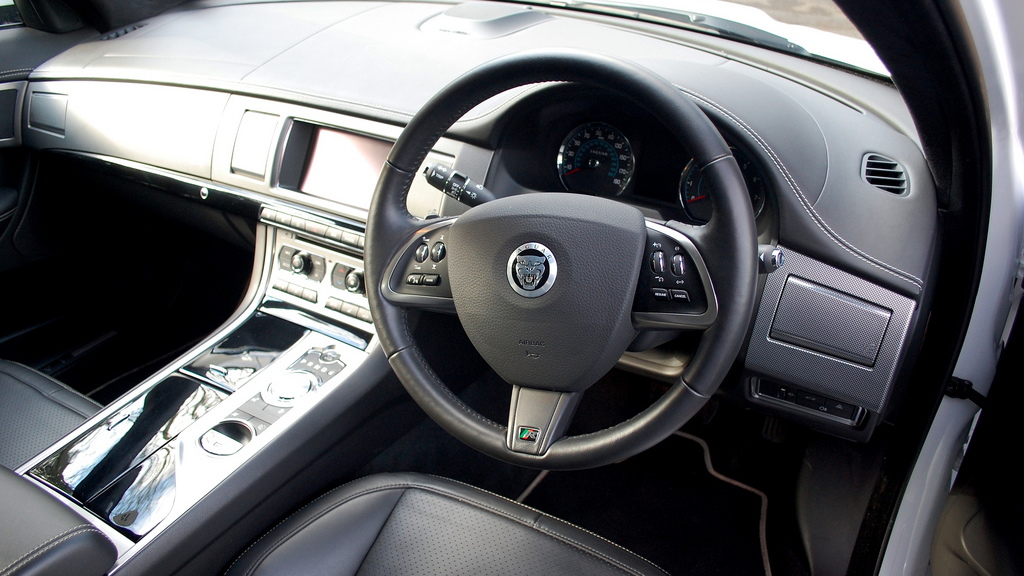 6
photos
It takes a degree of self-control to drive not one, but two diesel examples of Jaguar's XF, before finally getting behind the wheel of the high-performance XFR.

There was method behind the madness, of course.

With a power output on the fun side of 500 horsepower, stepping foot in the XFR before lesser models might be a little unfair given the diesels' otherwise worthy talents.

And it certainly makes you appreciate the extra performance when you finally succumb to temptation.

Just starting the XFR is an event. Find your perfect driving position, adjust the mirrors, and extend an index finger to the small starter button--the text of which pulsates in a red glow when you unlock the car--on the center console.

Then, you enjoy the quick growl of the engine as the car's software blips the throttle. The rotary gear selector raises from the console, the vents rotate in the dashboard, and the "R" script appears on the touchscreen display.

It's little things like this, plus the interior's general quality, cossetting leather seats and clean design, that give the XFR a fine sense of occasion before you've even prodded the throttle.

When you do prod the throttle, that's when the real fun starts. With a 510-horsepower supercharged V-8 onboard, the XFR moves at rates completely unorthodox to 4,300 pounds of car. The engine and exhaust roar are music to the ears, and the supercharger whine is ever-present under hard acceleration, but never intrusive.

The six-speed automatic gearbox shifts cleanly and quickly, and should you so choose, you can operate it manually with the steering wheel paddles. We weren't able to fully utilize the car's performance on the speed-limited roads on our test, but the drivetrain was certainly responsive.

Thankfully, the brakes are good too. There's great feel and power from the pedal--a characteristic that also applies to the car's steering, which has just enough weight, and plenty of precision.

The ride isn't quite as comfortable as more modestly-specified XFs and road noise from the wide tires is noticeable--but you're unlikely to notice on a daily basis unless you use roads as poorly-surfaced as the English country lanes on our test route.

Even then, the bumpers never got as far as being uncomfortable--merely noticeable. The tradeoff is great agility, making the car feel far lighter than its weight suggests.

And once you've finished having fun, you can sit back and enjoy the looks, which, particularly post-facelift, are better than ever, enhanced by the Polaris White paint finish of our test car.

Many will choose a super sedan based on their favorite badge, but if you choose the Jaguar, you're unlikely to be disappointed.