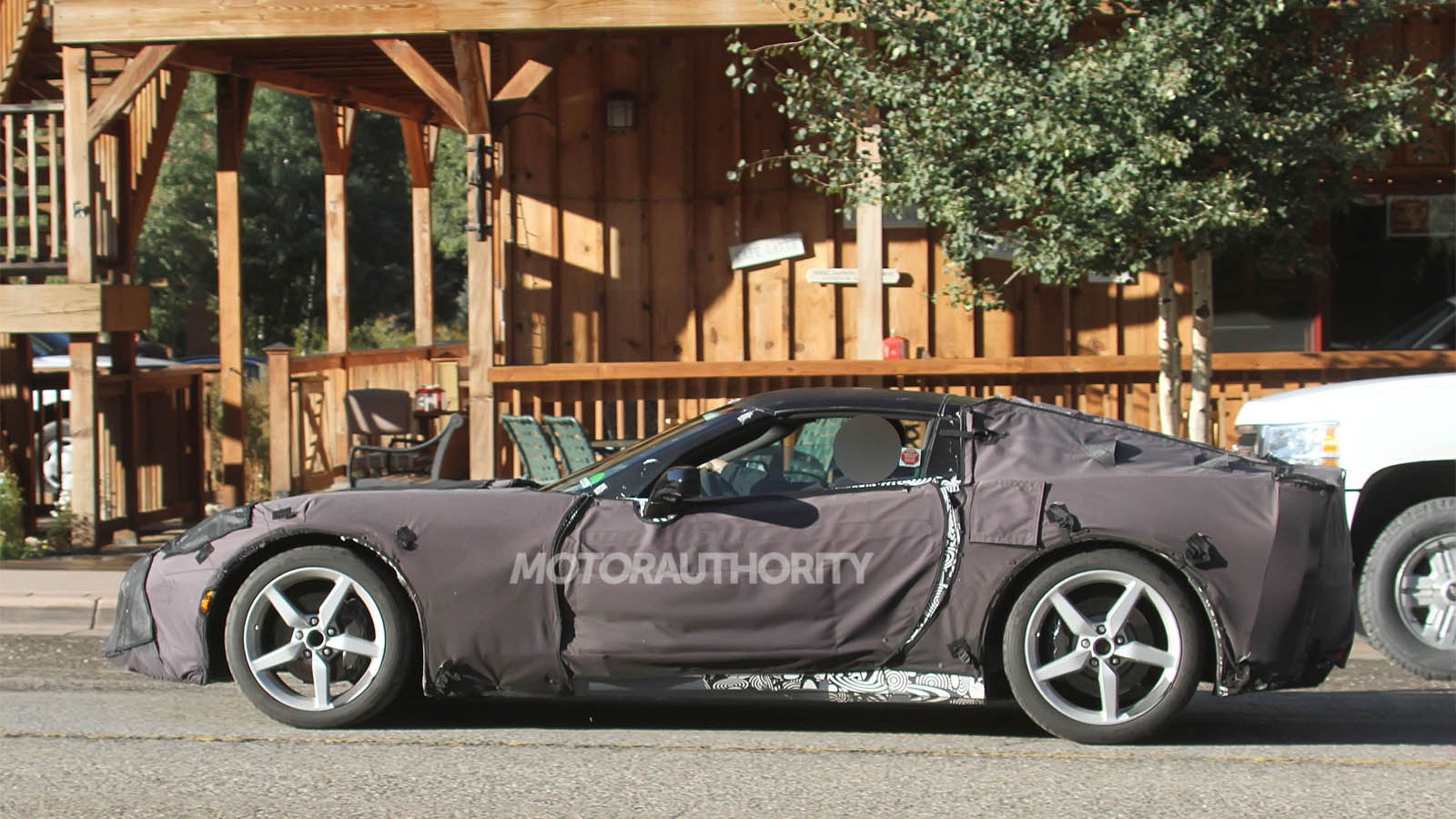 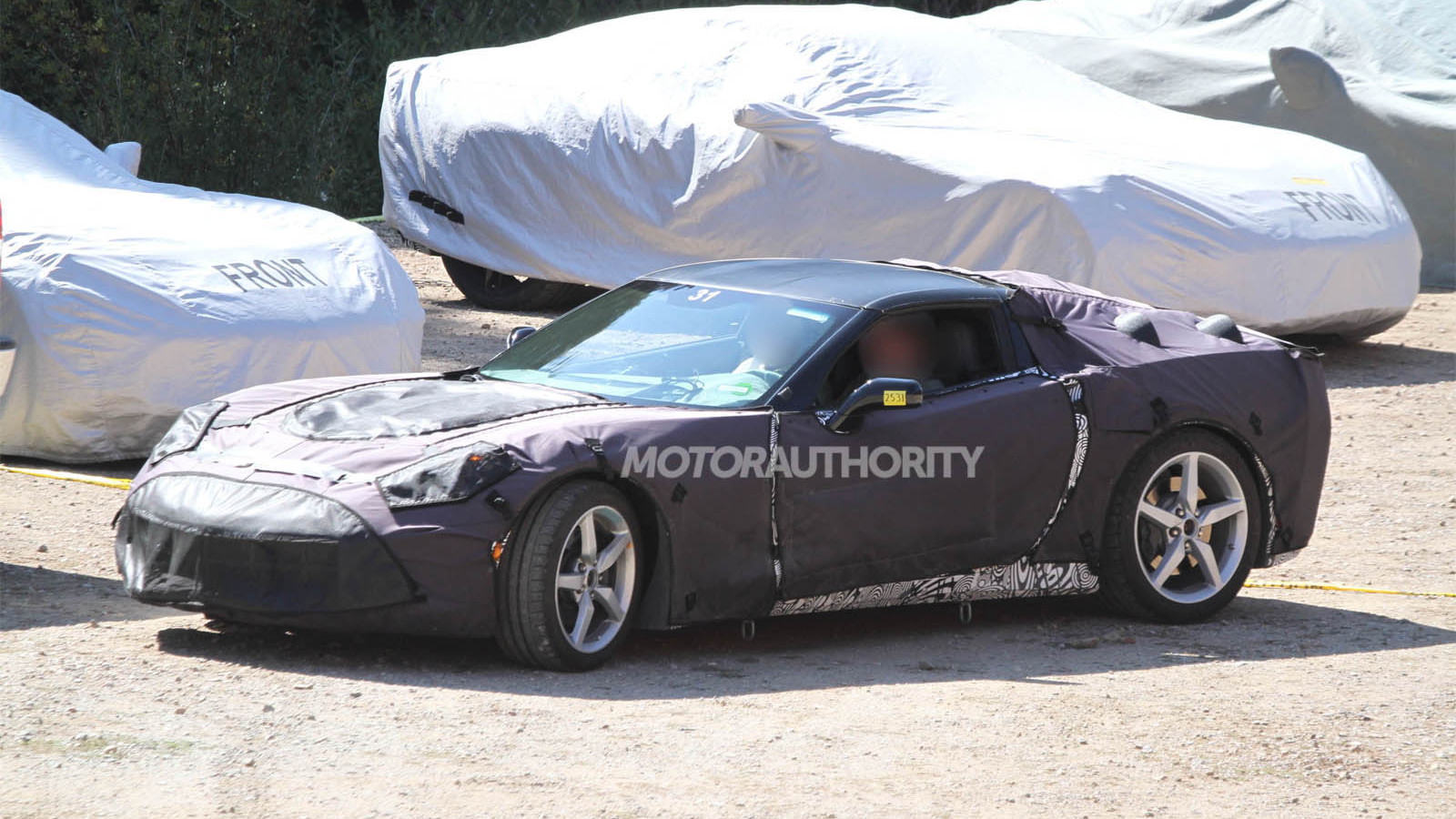 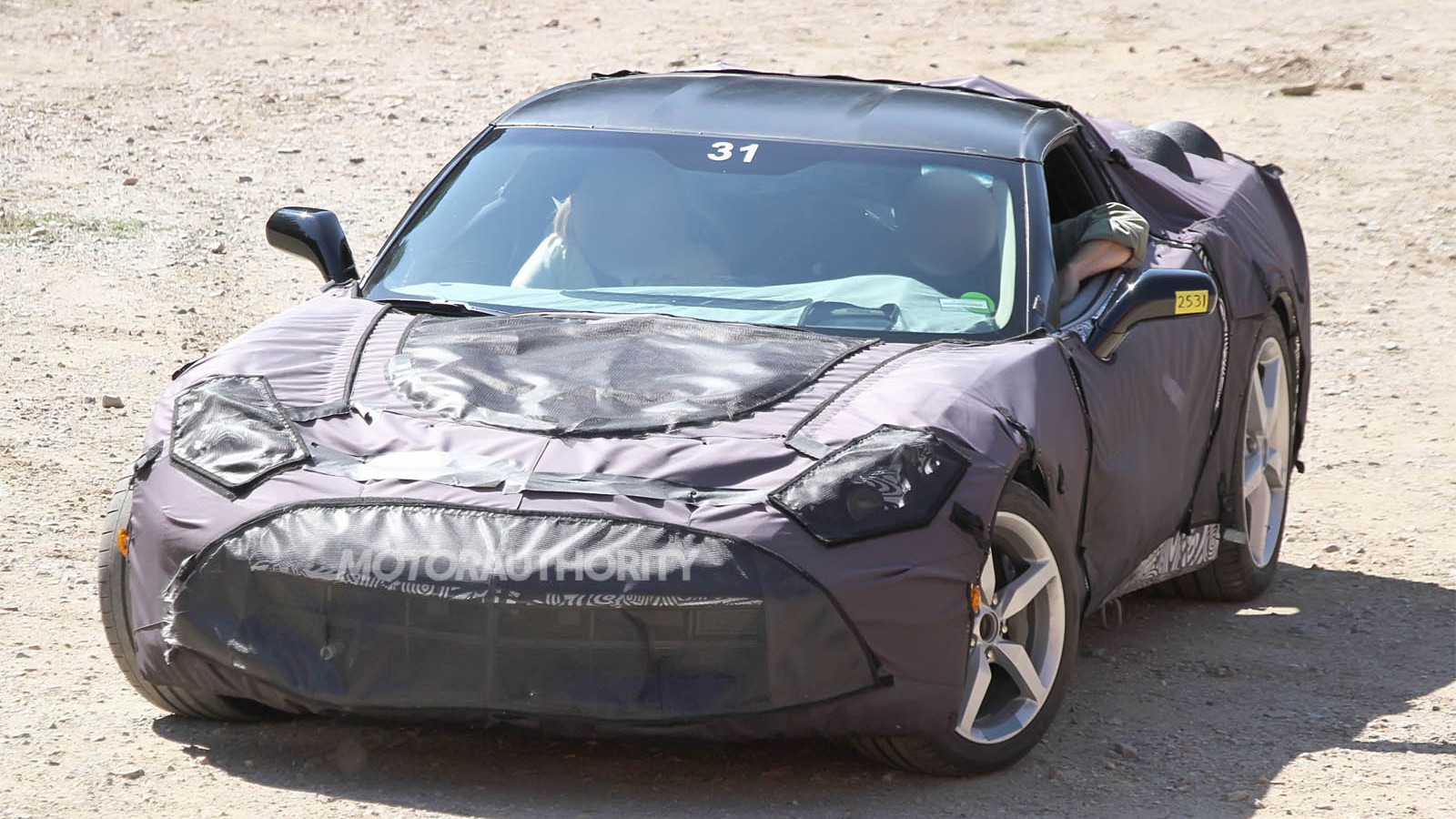 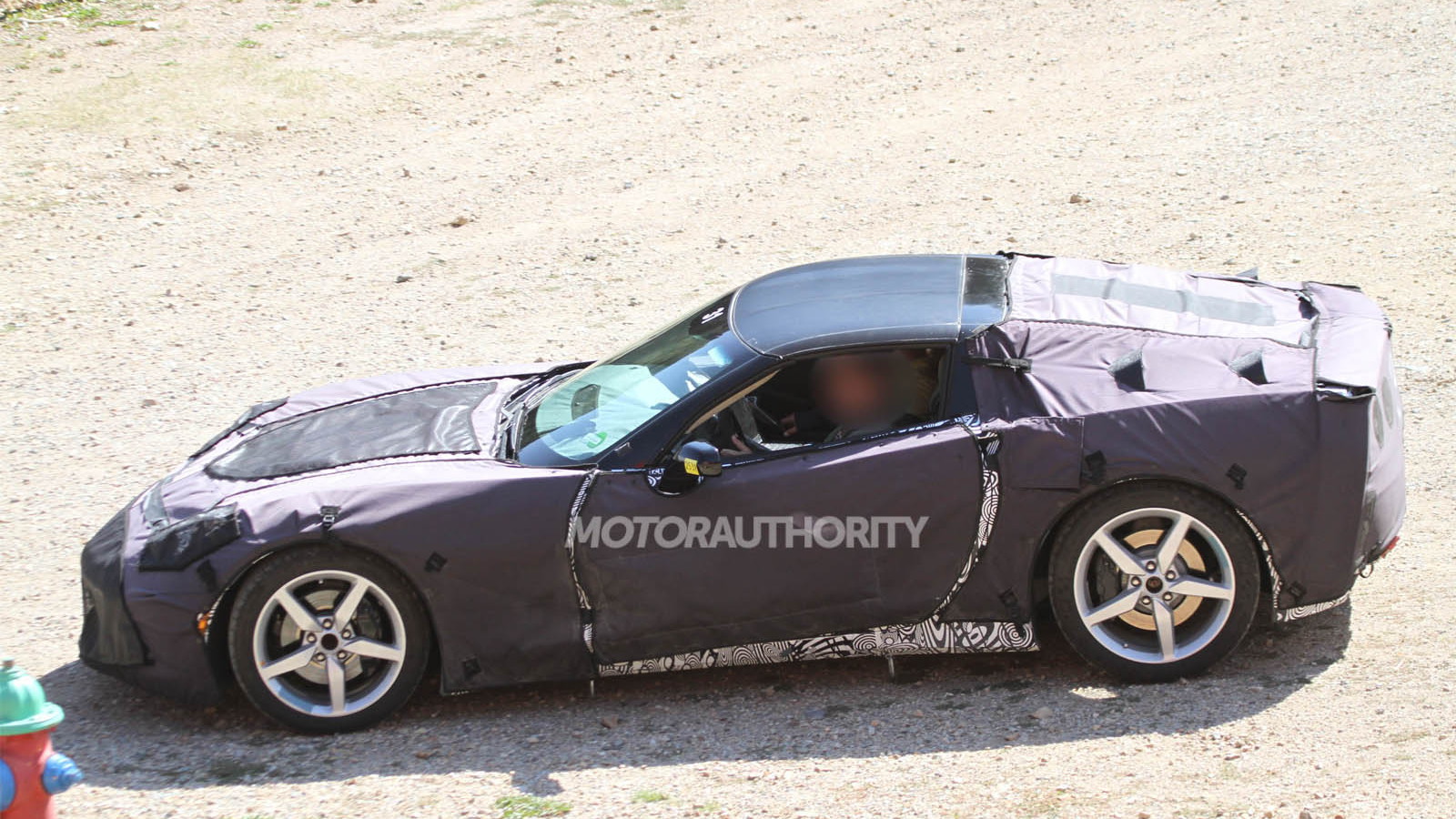 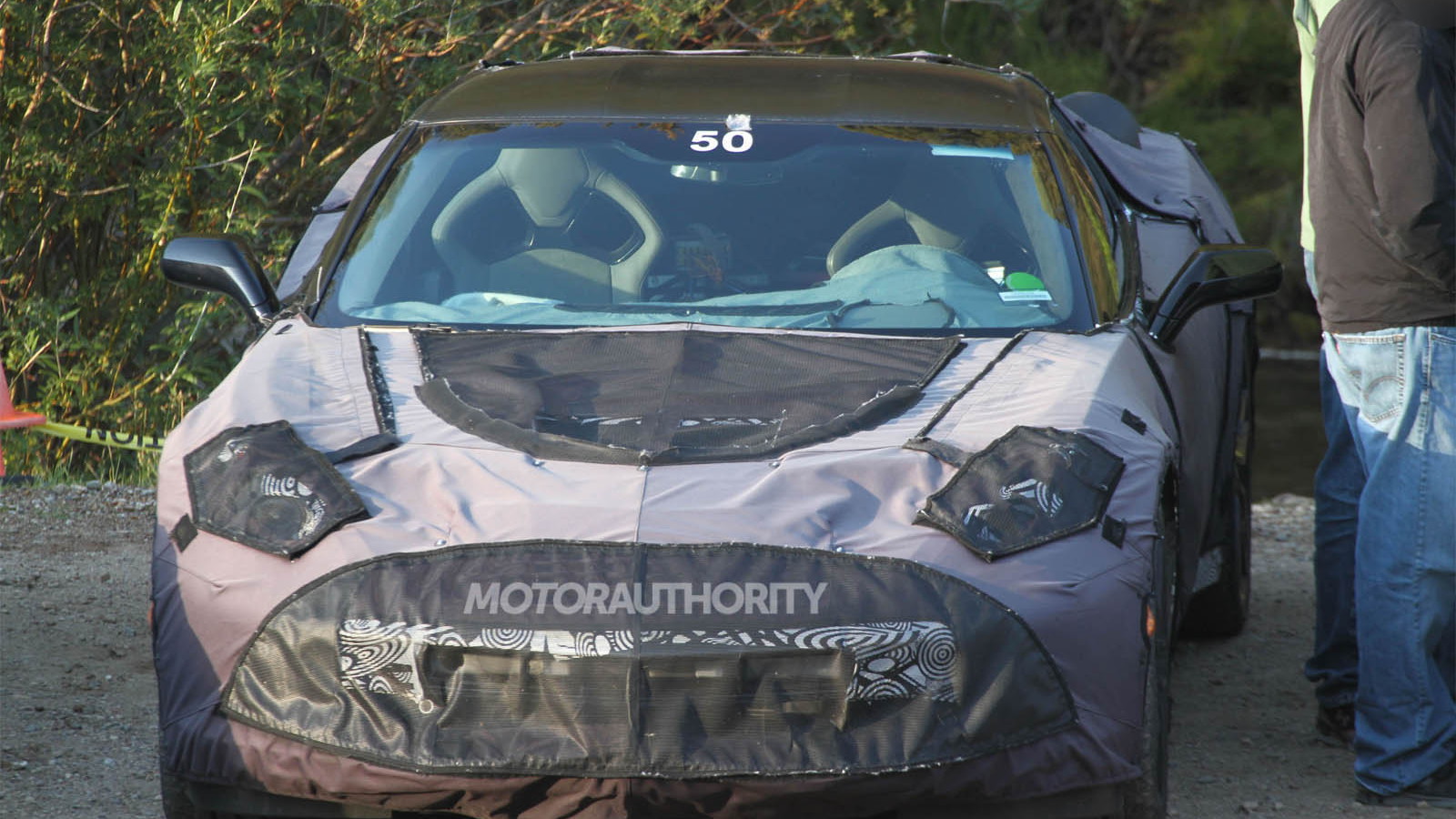 23
photos
UPDATE: The 2014 Chevrolet Corvette has been revealed. Click here for all the photos and specs.

Due next year as a 2014 model, the next iteration of the Chevrolet Corvette, the C7, won't be a completely revolutionary design, but it will be largely new, and it will almost certainly get a new base engine. These latest spy shots of a prototype give us our best look yet at the car, reaffirming our previous prediction that the C7 will be a tighter and more focused car than the C6.

Unfortunately, the bodywork is almost completely obscured by heavy camouflage. Nonetheless, a few details are discernible, and the fact that its out and about means more revealing images could be coming soon.

So what can we see of the new car's design? The front overhang appears to be shorter than the previous C6's, though the front fenders look to be slightly longer--there's more space between the door and the wheel well--and the rear cargo may be just slightly smaller.

Quad exhaust tips at the center of the rear bumper are similar to the C6's, but without the slight gap between pairs--the C7's are all right next to each other, and reside in a fully-enclosed surround instead of simply hanging below the bumper as in the current Corvette. A new high-mount brake light is also visible at the top of the rear deck, the tail lights themselves appear to be LED-based. Overall, the look is reminiscent of 2009’s 50th Anniversary Chevrolet Corvette Stingray Concept.

At the front end, a narrower, taller air inlet sits above the front splitter, and the headlights look to be wearing a new shape and internal design. The side mirrors are also smaller and sleeker, while the roof appears to be nearly identical to the C6's, as does the rear hatch.

Inside, the next Corvette is expected to amp up the luxury factor with improved materials and more attractive styling. At the same time, weight will be kept in check with extensive use of composite materials, both in the cabin and in the car's structure. A special new high-tech gauge cluster is also possible.

As for the engines, GM's new 6.2-liter LT1 V-8 will get the nod, improving fuel economy while maintaining the power levels Corvette buyers expect--up to 450 horsepower in its base trim. Performance models like the track-focused Z06 and flagship ZR1 should keep their respective 7.0-liter and supercharged 6.2-liter V-8s, however. Transmission choices are expected to include a seven-speed manual, just like the Porsche 911, as well as a seven-speed automatic.

Handling is expected to improve as well, with the development program focused on improving feedback to the driver for greater controllability at the limit.

Production of the car will once again take place at GM's plant in Bowling Green, Kentucky, which was recently retooled for the start of C7 production.

We'll keep you updated with more photos and details as they develop, so check back often. However, in the meantime, check out this previous spy video of a prototype.