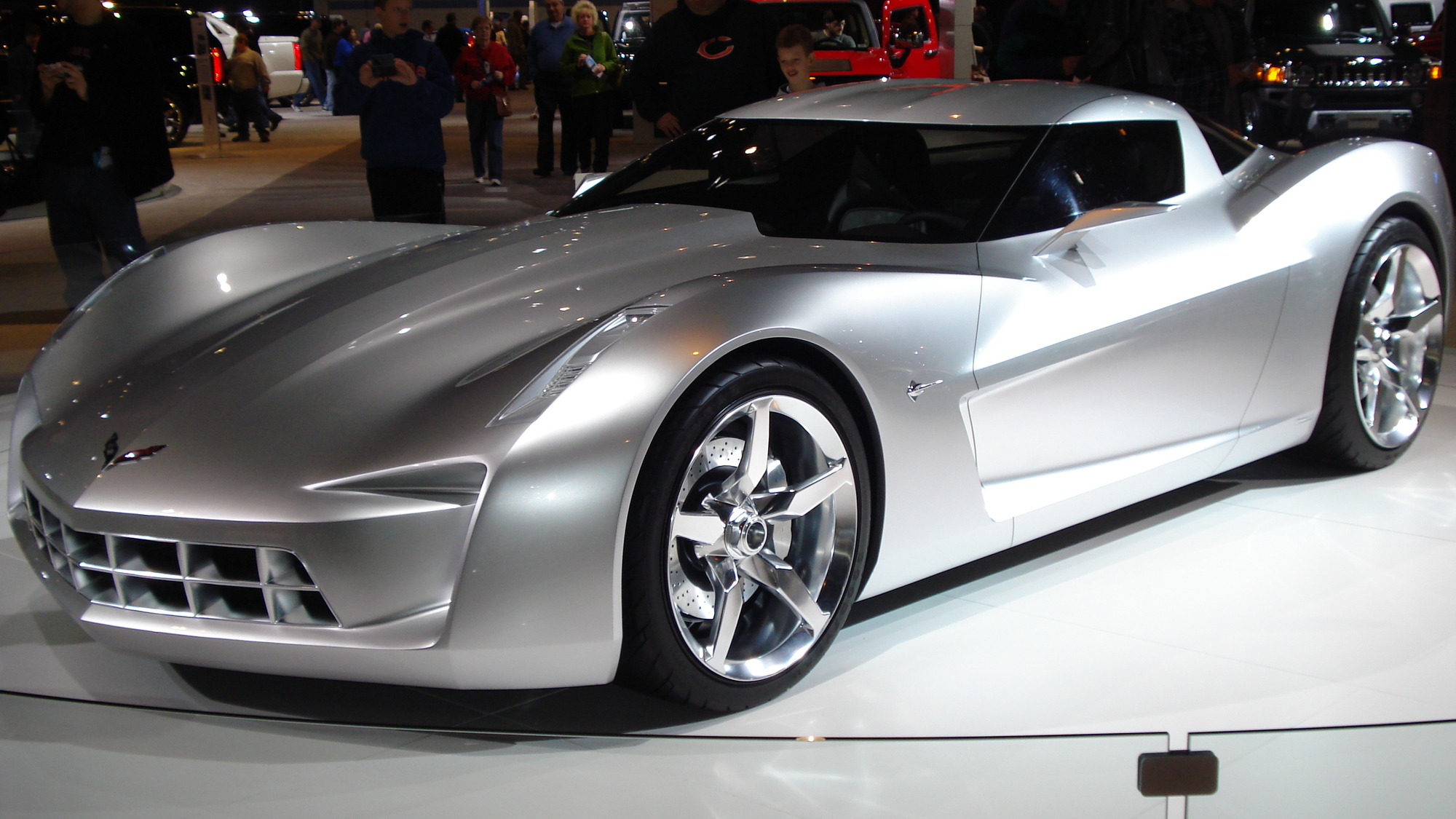 General Motors has given us a futuristic vision of technology and design with the 50th Anniversary Chevrolet Corvette Stingray Concept. Celebrating 50 years since the debut of the original Corvette Stingray Racer Concept in 1959, the latest addition to GM’s long line of stylistic show cars was first displayed at the 2009 Chicago Auto Show before it starred as “Sideswipe” in the movie Transformers: Revenge of the Fallen.

The overall idea of the 50th Anniversary Chevrolet Corvette Stingray Concept was to incorporate past design cues in a fully futuristic shape. Speaking specifically about the car, Ed Welburn, vice president of GM Global Design, said: "By giving my creative team the freedom to design no-holds-barred vision concepts, it helps them push boundaries and look at projects from different perspectives."

The 50th Anniversary Chevrolet Corvette Stingray Concept is at this point solely a design exercise, not foreshadowing a production vehicle, though talk of the upcoming C7 Corvette has been circulating for some time.

Some of the concept’s features we could envisage making into a production Corvette one day include its clamshell hood, scissor-style doors, ergonomic seats, rear-view camera with night vision enhancement, and a high performance hybrid powertrain.

This latter element comes with interactive touch controls inside the cabin to allow the driver to customize the power and efficiency of the car and then share it with friends via an in-car camera system and advanced telemetrics.

For a full run-down of the potential hybrid and other powertrain options for the next-gen Corvette, check out John Voelcker's article over at Green Car Reports.