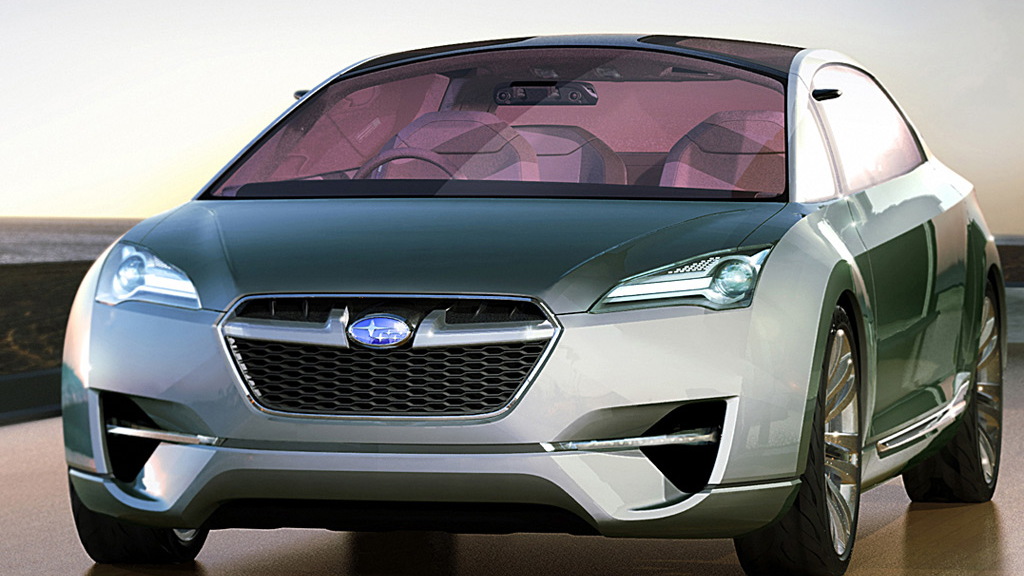 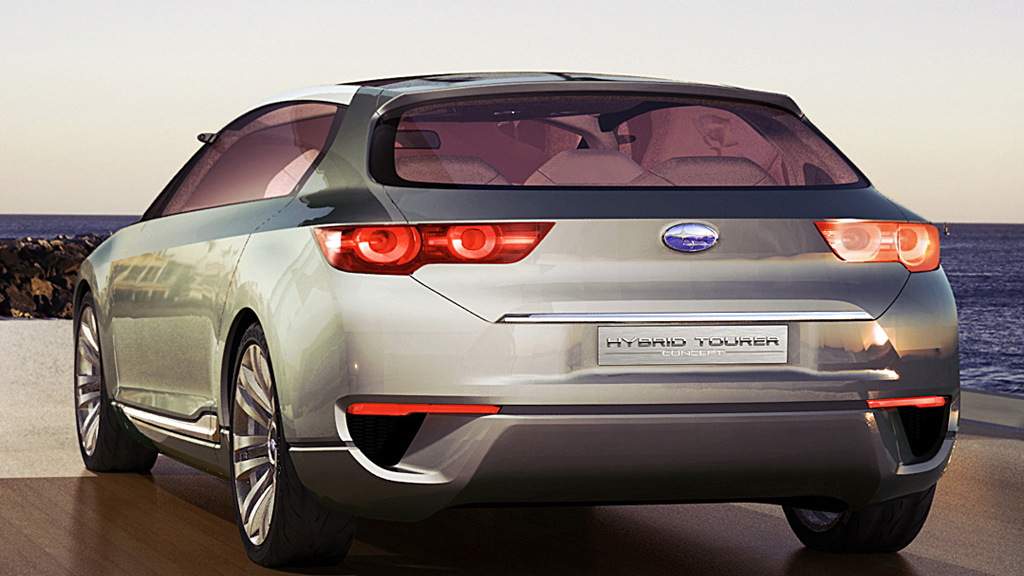 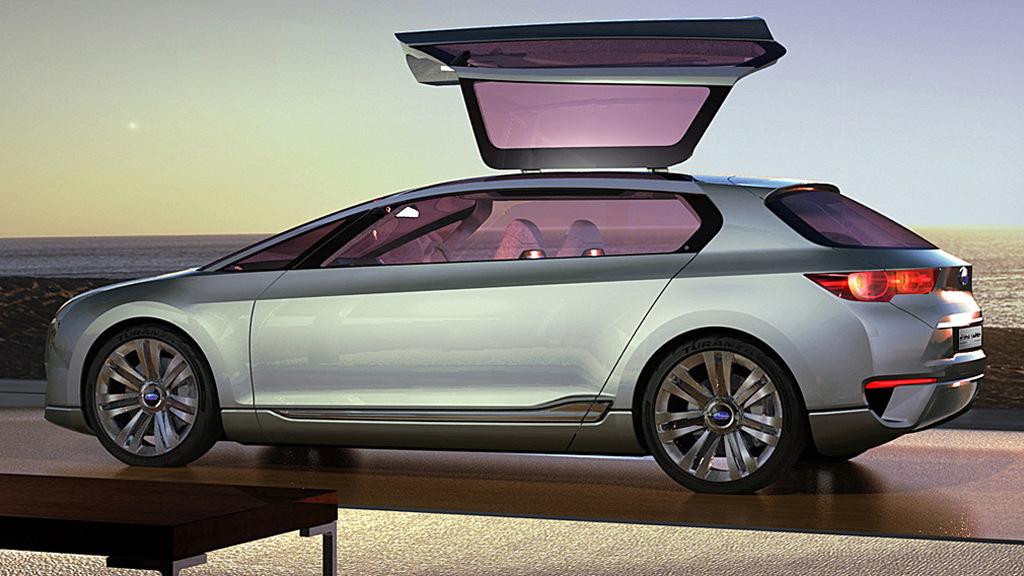 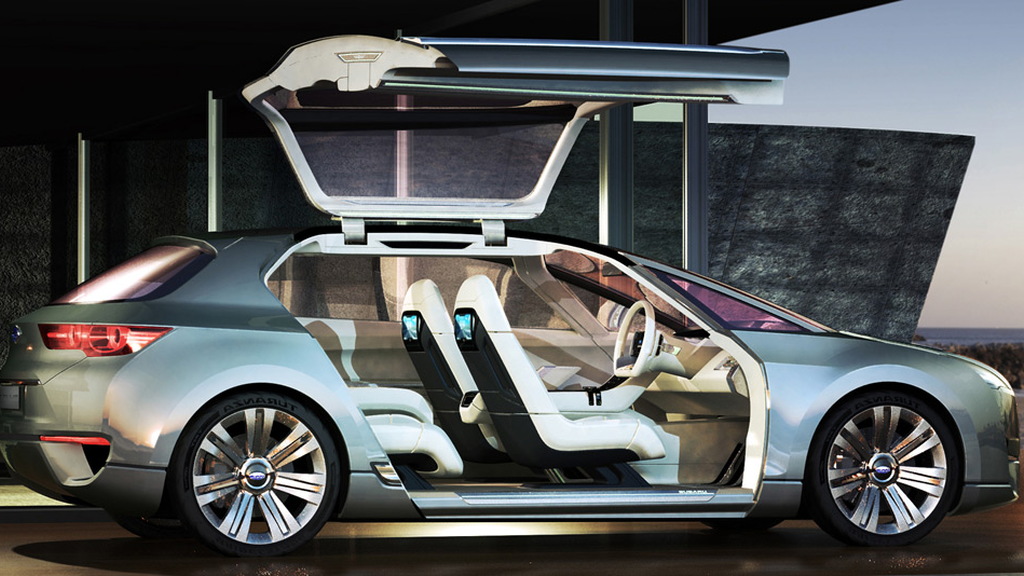 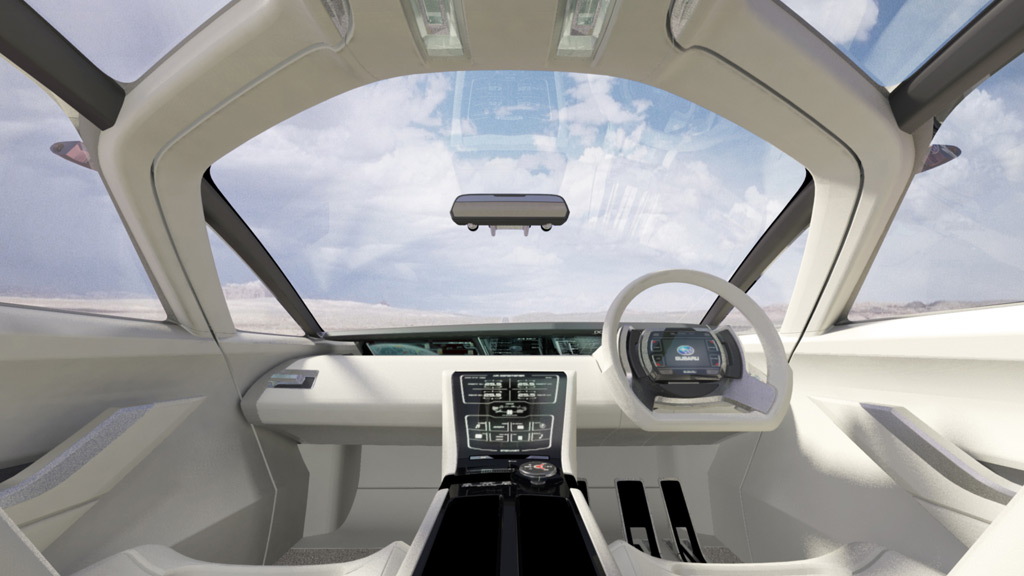 Subaru plans to unveil a hybrid tourer concept at next month’s 2009 Tokyo Motor Show and these are the first images of the car. Combining environmentally friendly technology and safety, the hybrid tourer maintains Subaru’s trademark symmetrical all-wheel drive system and horizontally opposed boxer engine but picks up a sporty design not seen previously on any of the automaker’s vehicles.

Under the hood sits a 2.0-liter horizontally opposed gasoline four-cylinder engine with direct injection and turbocharging technologies, as well as a CVT. The hybrid system combines these conventional powertrain technologies with twin electric motors--one on the front axle and one at the rear.

At start-up and extremely low speeds, such as entering a garage, when fuel efficiency is low, the rear motor is used primarily to allow driving without gasoline engine power.

When accelerating uphill, the front motor, which is normally used as a power generator for the car’s lithium-ion batteries, also assists in driving the front axle, for improved performance. A non-idling function stops the engine when the car comes to a halt, reducing fuel consumption further. Another fuel saving feature is a brake energy recovery system.

Also on show will be a new safety feature called EyeSight, which is essentially an advanced driving assist system with pre-collision control using stereo camera technology.

EyeSight is integrated with vehicle-to-vehicle and road-to-vehicle communication technology. It includes an “assist collision prevention” support system that uses stereo camera technology to recognise a wide range of driving environments. This system continuously detects vehicles that move into and out of blind spots and advises the driver on appropriate driving manoeuvres using visible and audible senses located around the cabin.