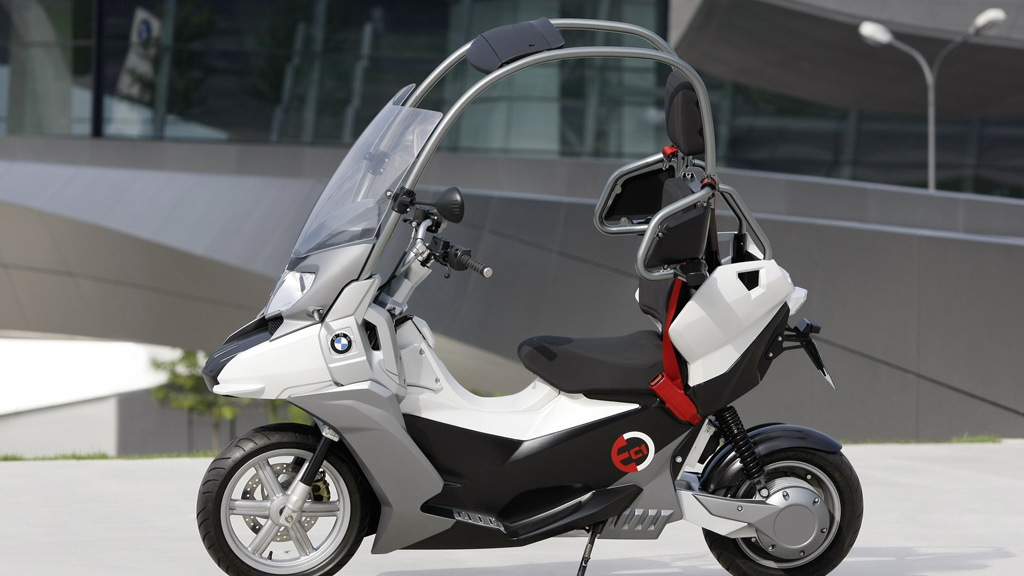 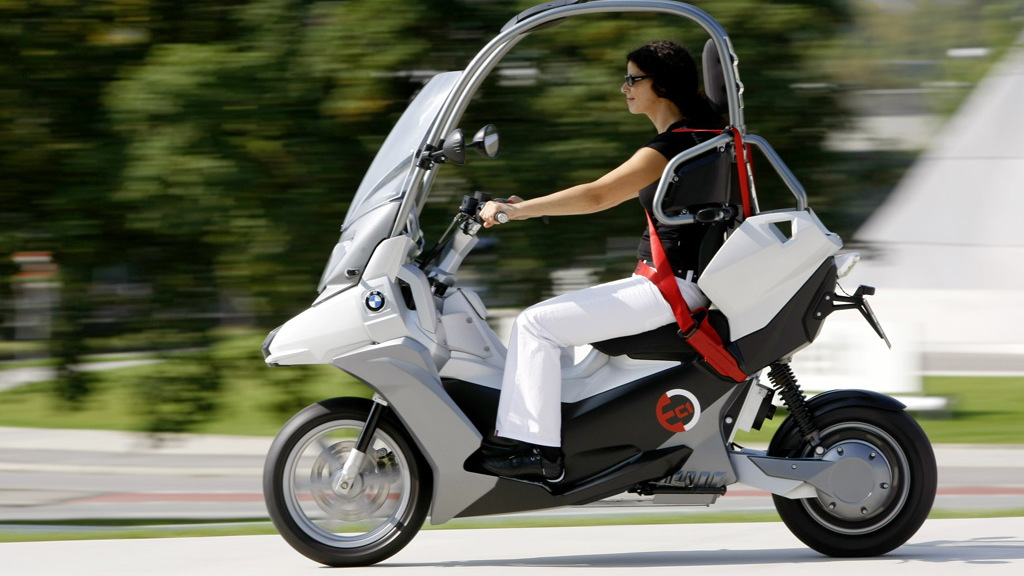 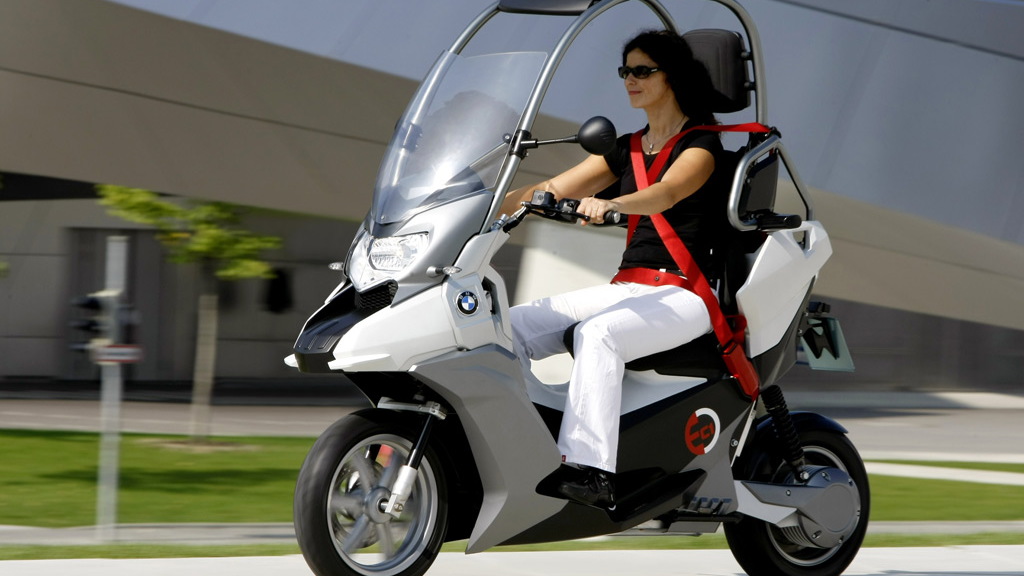 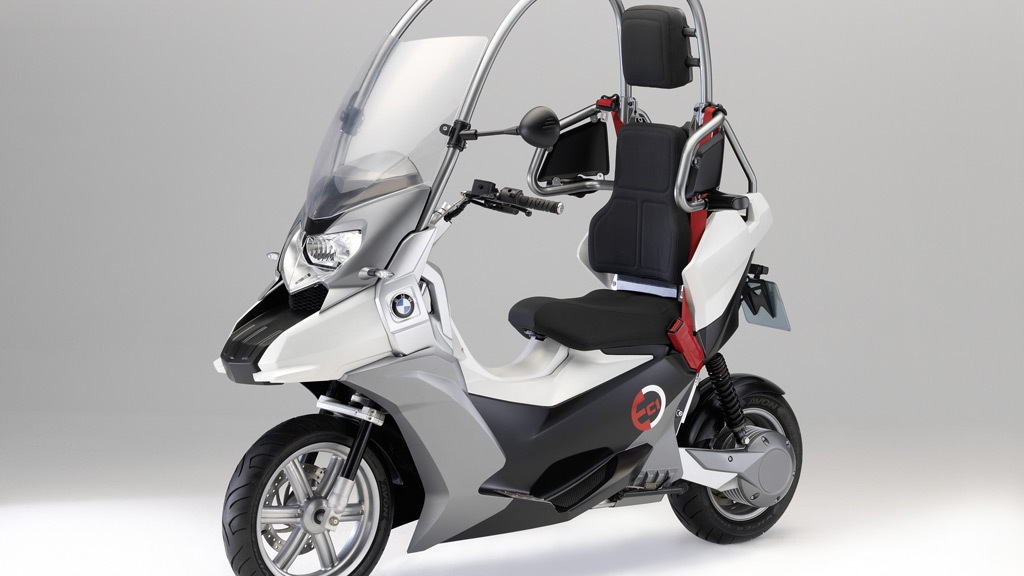 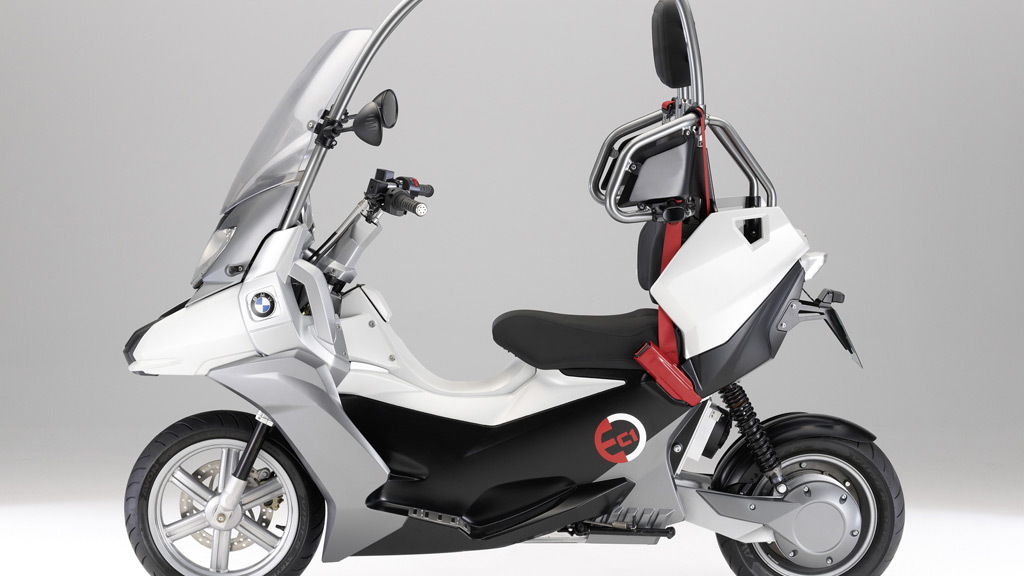 In March of 2008 BMW first announced plans to establish a new research division called ‘Project i,’ whose task would be to develop a number of solutions for a vehicle designed for congested city motoring. The goal of Project i was never to exclusively develop one type of vehicle or another, but to come up with a range of technologies BMW could introduce across its fleet or even under a rumored fourth brand.

Now, more than 18 months down the track, Project i is in full swing and is already spawning its first products. The first development of Project i was the all-electric Mini-E, which BMW is using to gather feedback about what urban customers want and need from a zero-emissions vehicle.

Back in March of this year, German media were reporting that BMW’s Project i family would also include a successor to the C1 scooter. Today, a concept of this successor has been revealed in the form of the new 2009 BMW C1-E Study.

The C1-E is BMW’s vision of what a safe, environmentally-friendly and highly practical single track vehicle for city traffic could look like in the future. BMW Motorrad (BMW’s motorbike division) developed the C1-E study as a contribution to the European safety project eSUM. This study unit is based on the original BMW C1. It’s characterised by a very high level of active and passive safety and is driven by an electric motor.

The electric motor employed in the study runs on lithium-ion batteries and has been designed for city use and is based on components by the company Vectrix. Alternatively the vehicle could also be equipped with an efficient, low-emissions internal combustion engine.

Safety features include a safety cell, roll-over bar and a seat-belt.

The C1-E will remain a concept for now as there are no plans for production.

eSUM stands for European Safer Urban Motorcycling. It’s a cooperation project between major urban European motorcycling centers and manufacturers. The cities currently involved in the project include Paris, Rome, Barcelona and London and the manufacturers are BMW and Piaggio.