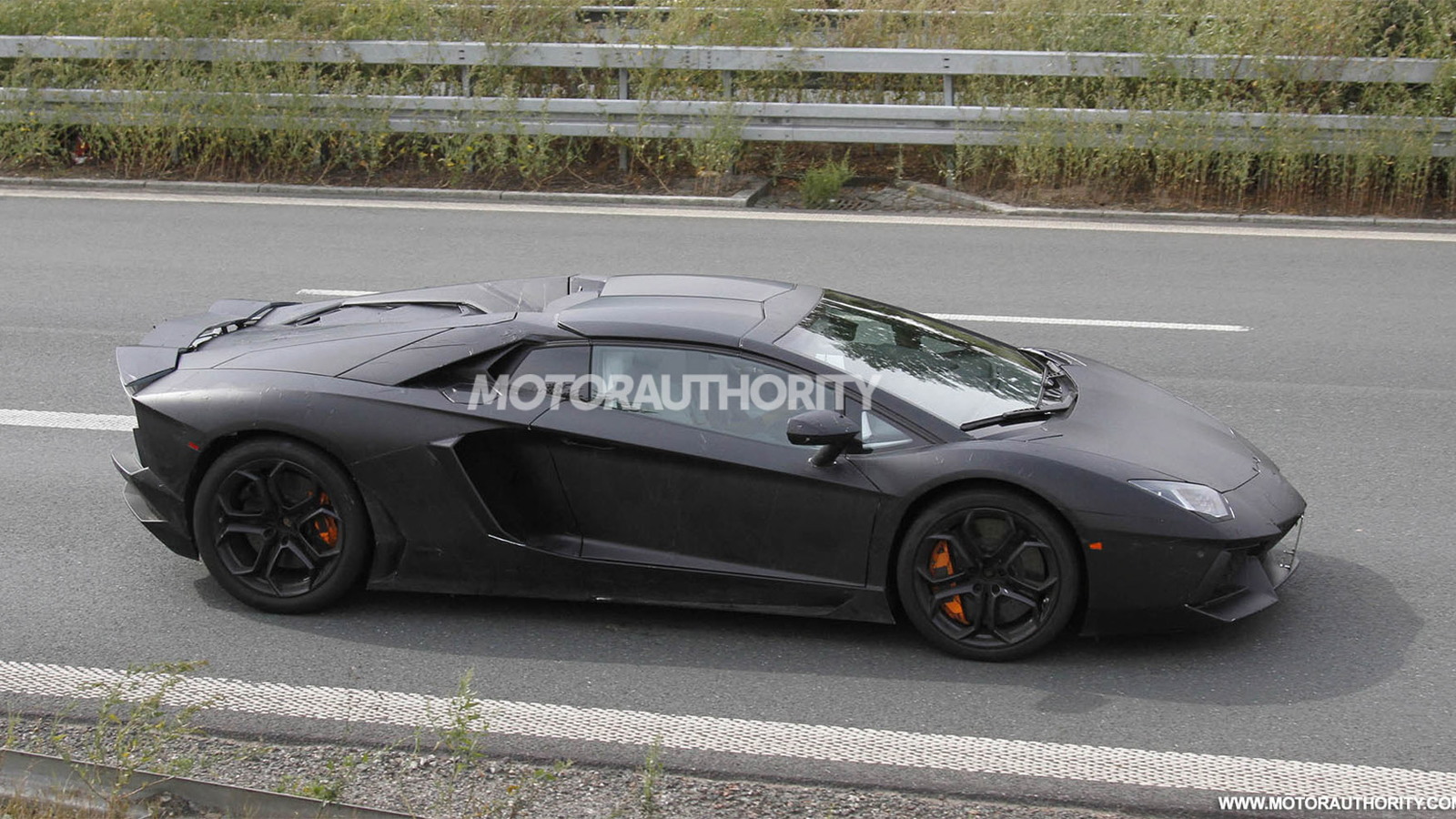 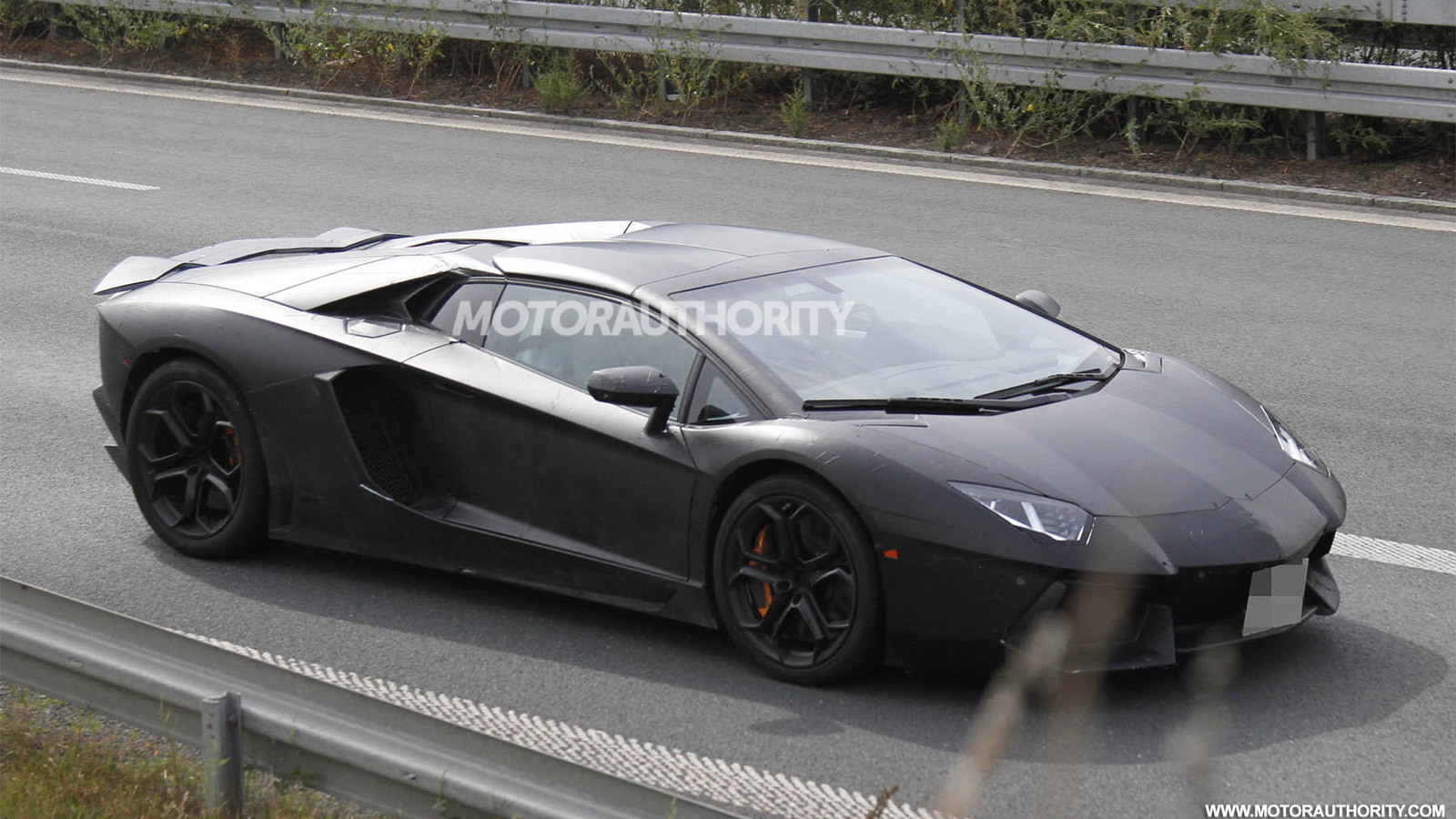 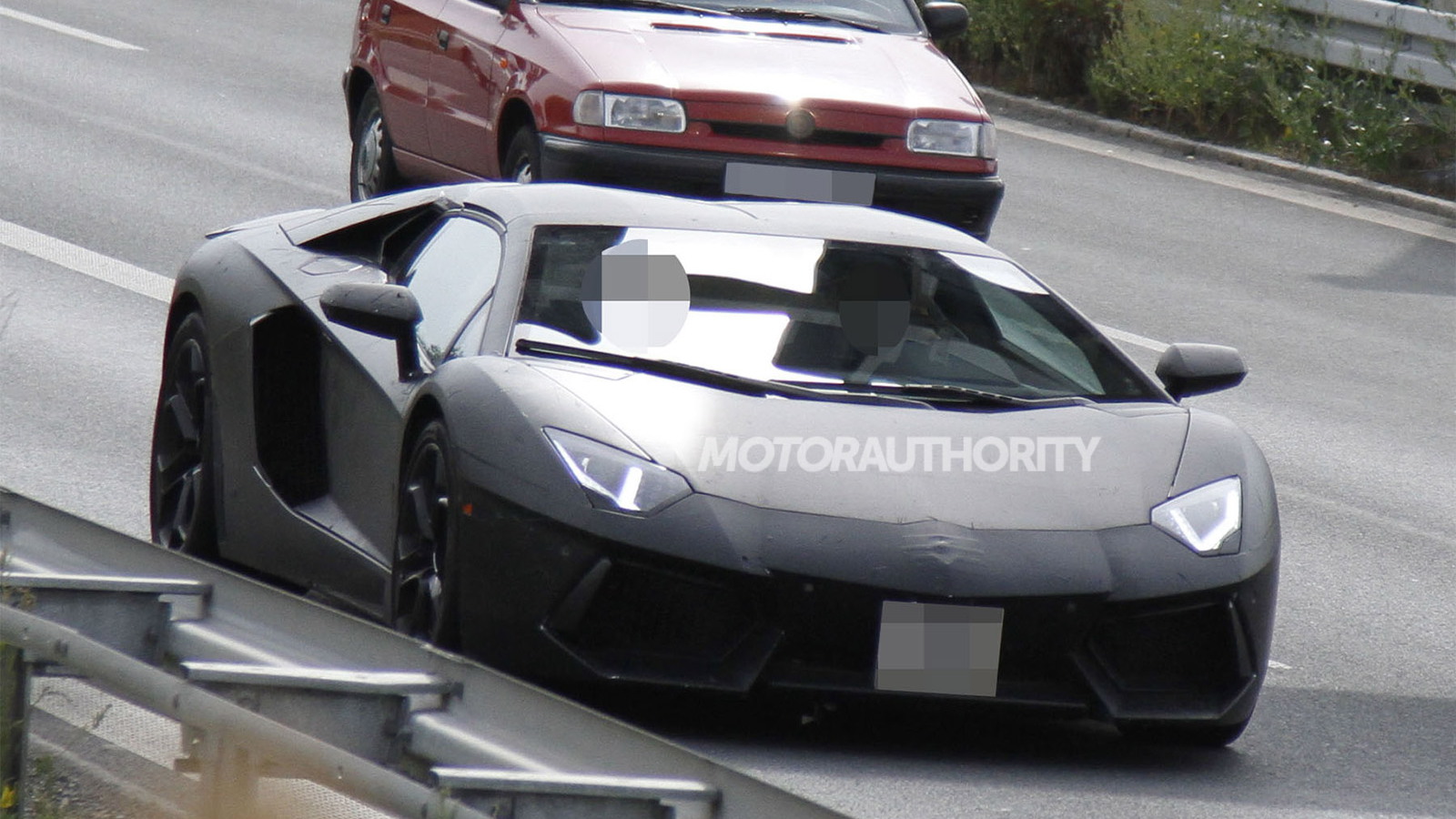 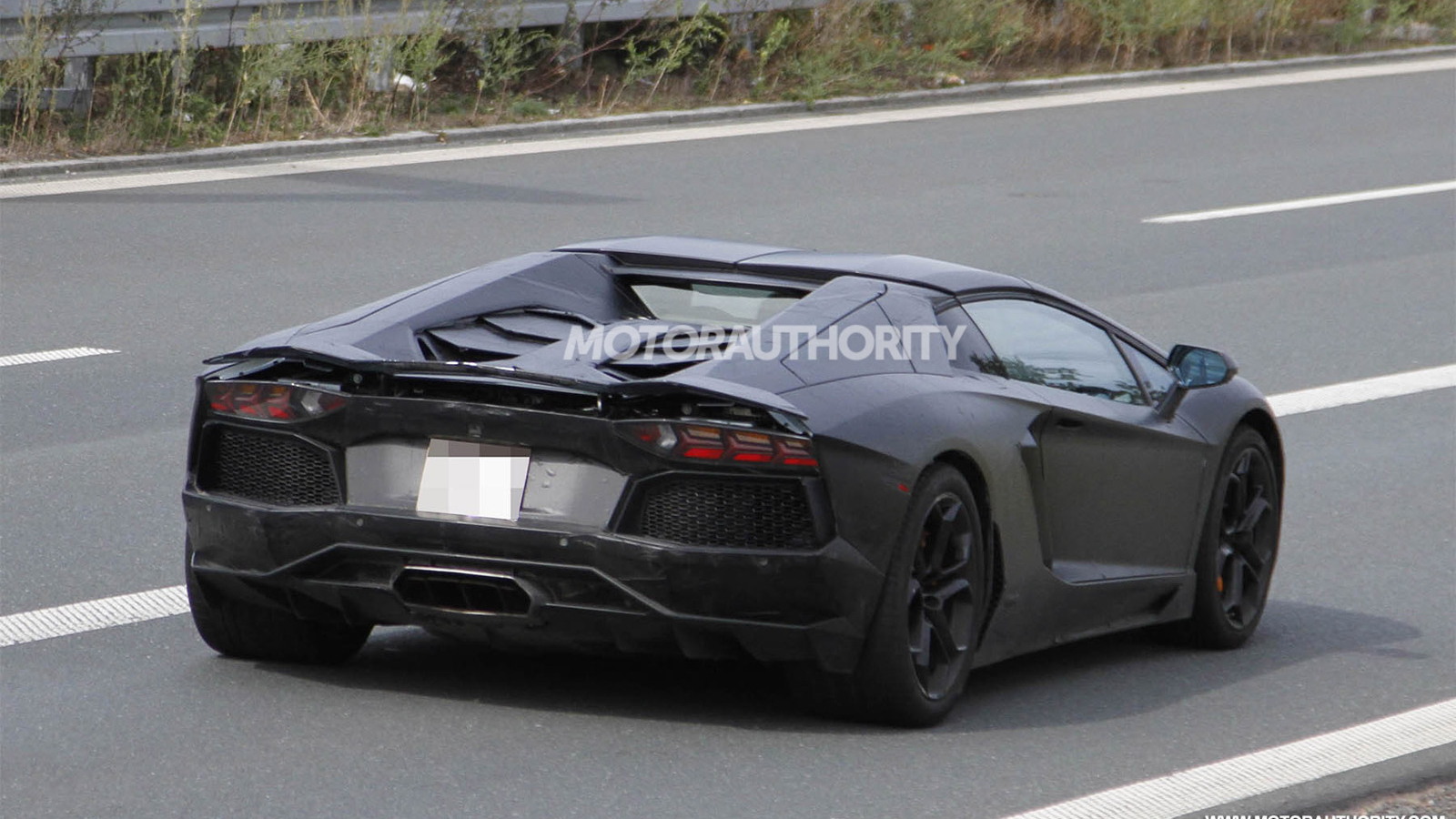 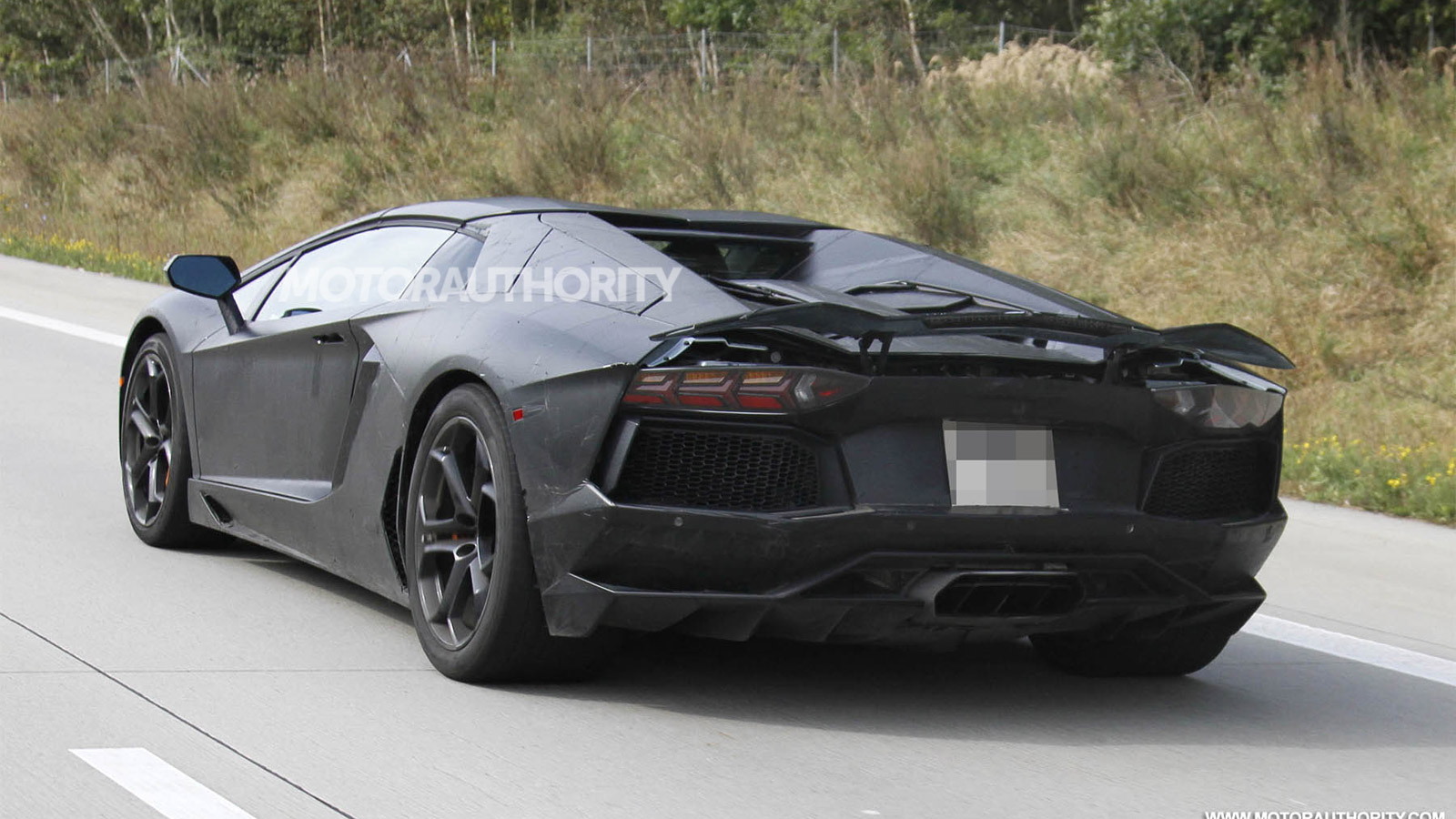 14
photos
It is truly great days for supercar lovers. After yesterday’s reveal of the new McLaren P1, well, a prototype at least, and word that Pagani’s Huayra remains on track for its U.S. launch mid next year, we now have the first spy shots of the highly anticipated Lamborghini Aventador LP 700-4 Roadster.

Differences between the regular Aventador, which we recently tested, and the new Aventador Roadster are obvious. The latest prototype, spotted testing in Germany, features a two-piece roof panel, as evidenced by a new center line.

The section immediately behind the cabin is also new. The vertical rear window is now completely exposed and is flanked by two raised sections leading from the bulkhead to the rear of the car. These likely provide additional cooling for the engine and hide rollover bars.

As previously reported, the Aventador Roadster is likely to be donning a Targa-style removable roof, detachable in two sections. Lamborghini reportedly went with this design route in order to keep the Aventador Roadster’s engine cover as similar as possible to the design on the regular model, reducing both production cost and time-to-market. Whether there’ll be space inside the car to store the roof section, or if it has to be left at home like in the Bugatti Veyron Grand Sport, remains to be seen.

To maintain rigidity and safety levels, the Aventador Roadster has likely been modified underneath. Expect the central carbon fiber monocoque structure to have been reinforced in key areas such as along the side skirts, transmission tunnel, B-pillars and underbody.

Don’t expect any power upgrades just yet. With 691 horsepower and 509 pound-feet of torque available from its 6.5-liter V-12 engine, the Aventador is hardly lacking in potency. It’s good for 0-60 dashes in just 2.9 seconds and a top speed somewhere around 217 mph, and we suspect the new Aventador Roadster will boast similar figures.

When can we expect to see the new car? Geneva’s annual motor show next March is looking likely, though we wouldn’t be surprised to see it spring early, perhaps even at the Detroit Auto Show in January.

Next year is an important one for Lamborghini, with the automaker officially turning 50. Perhaps there’ll be a special edition Aventador Roadster to go along with all the anniversary celebrations. We certainly hope so.