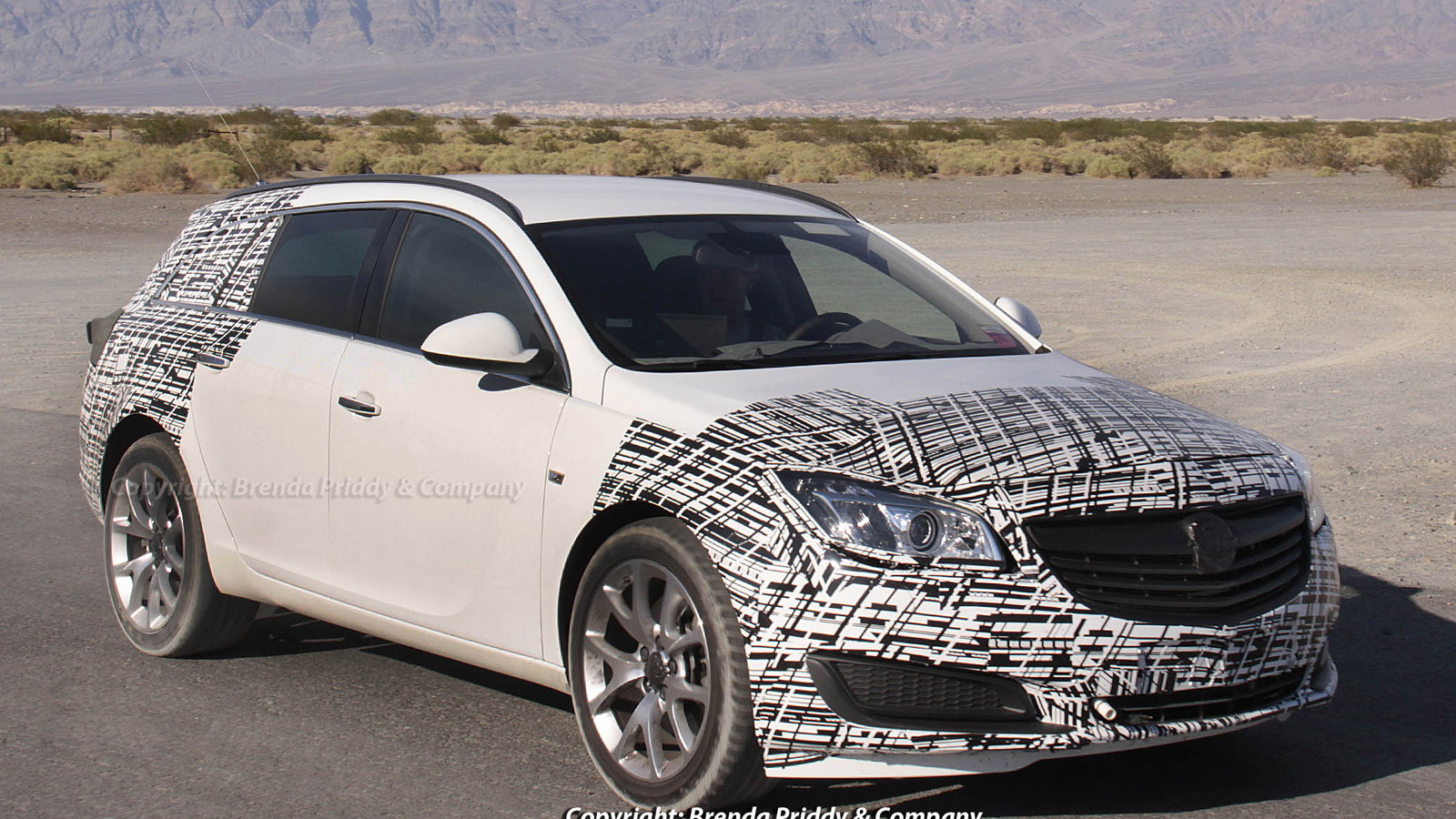 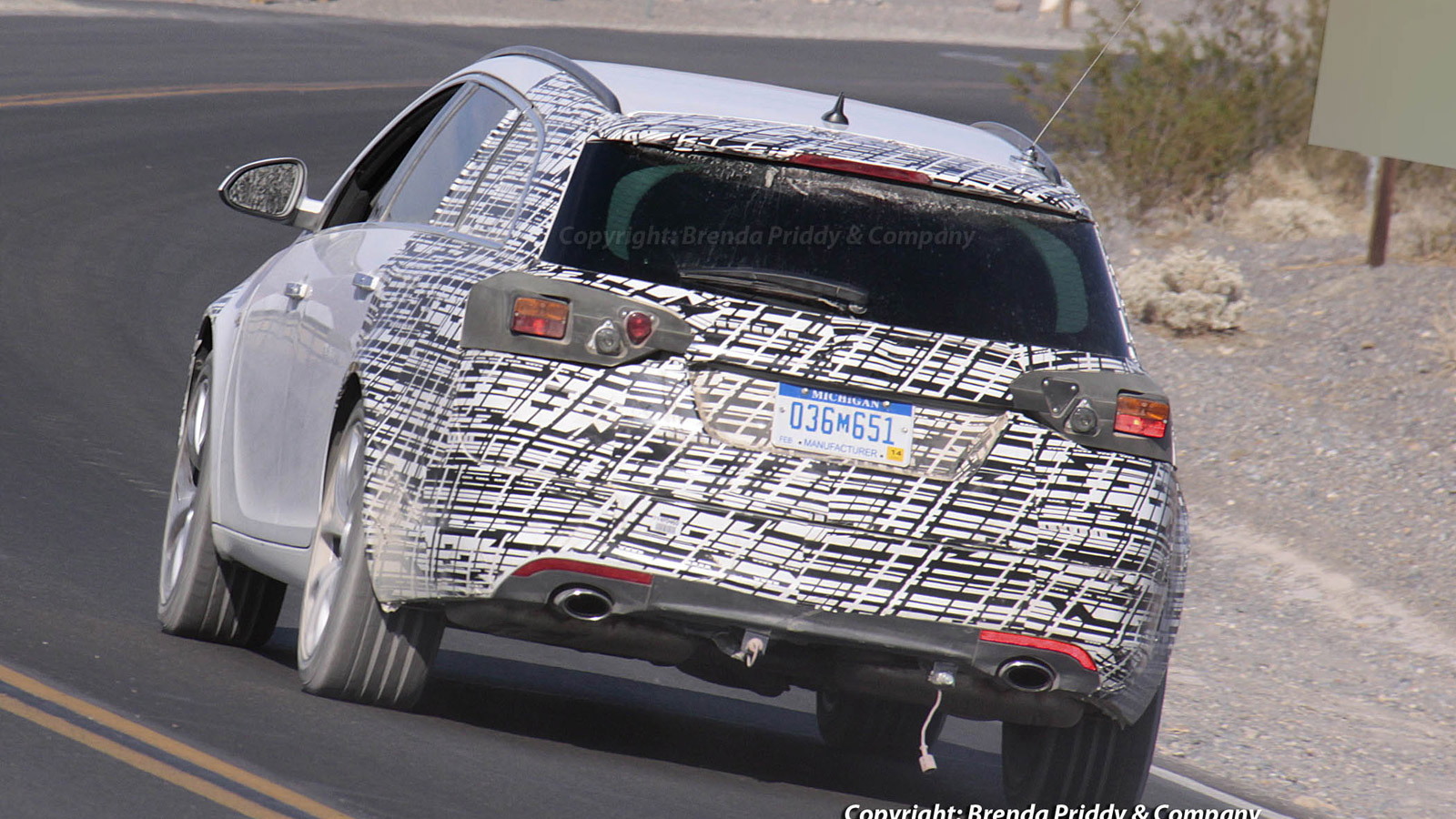 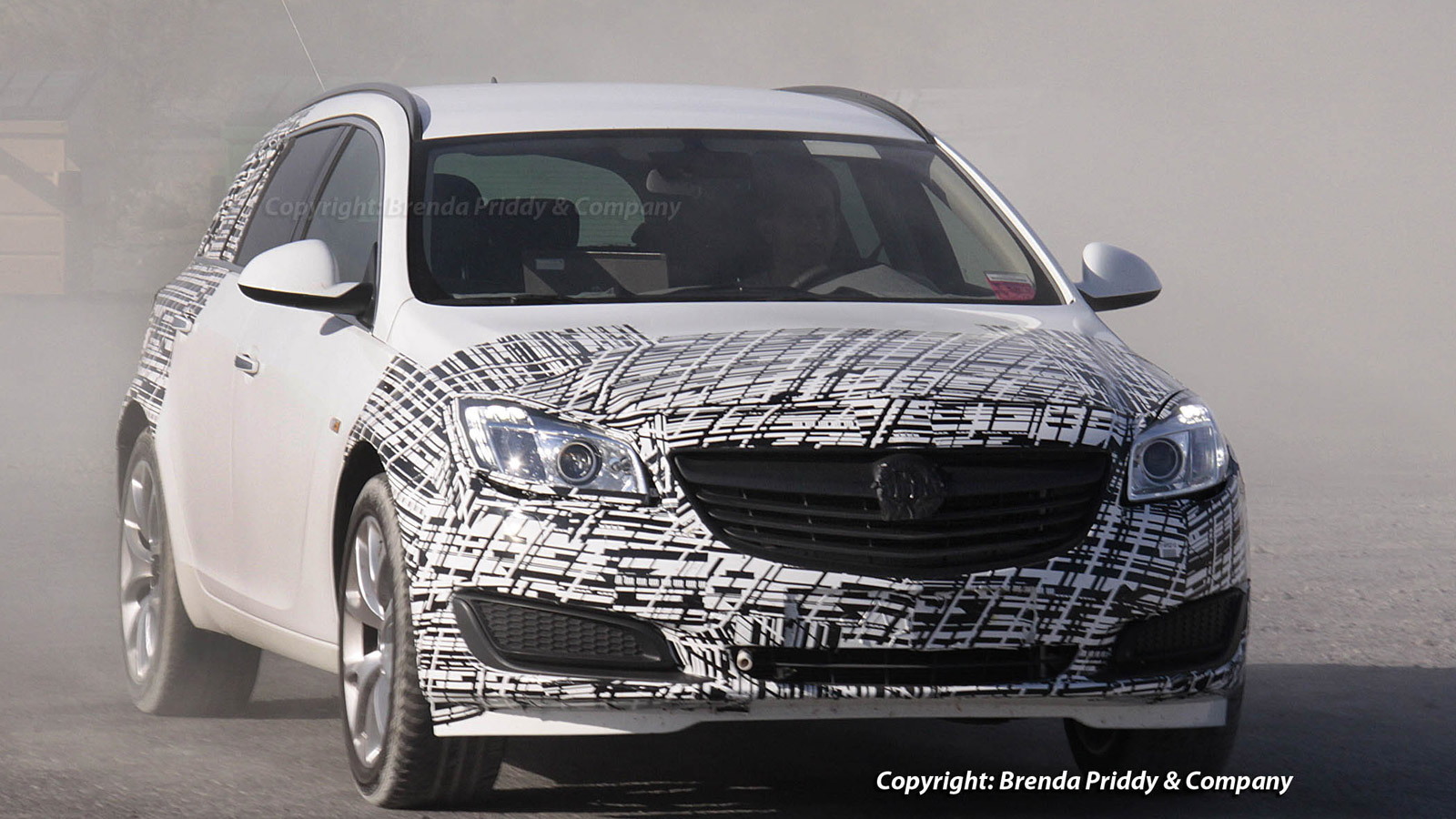 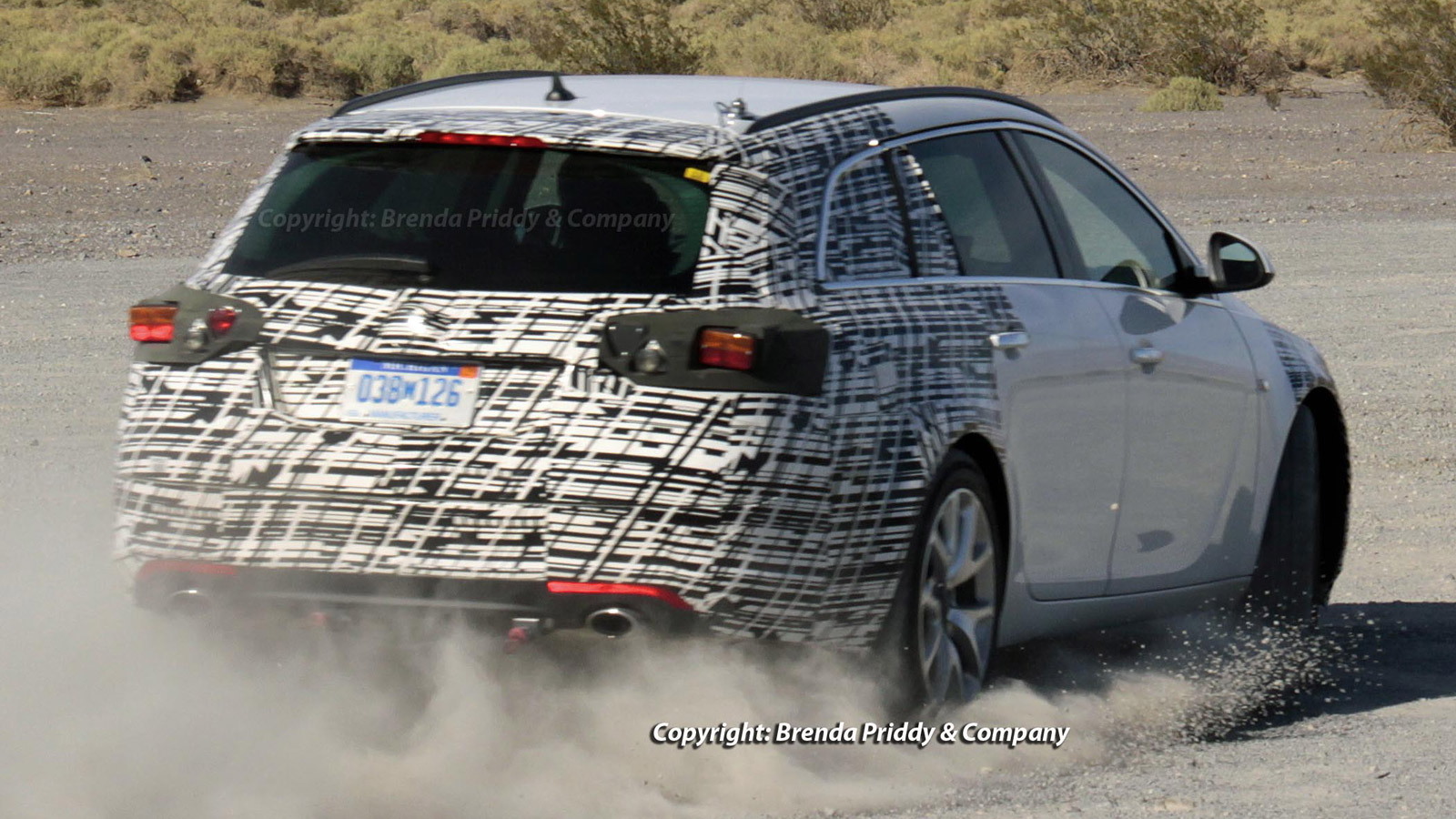 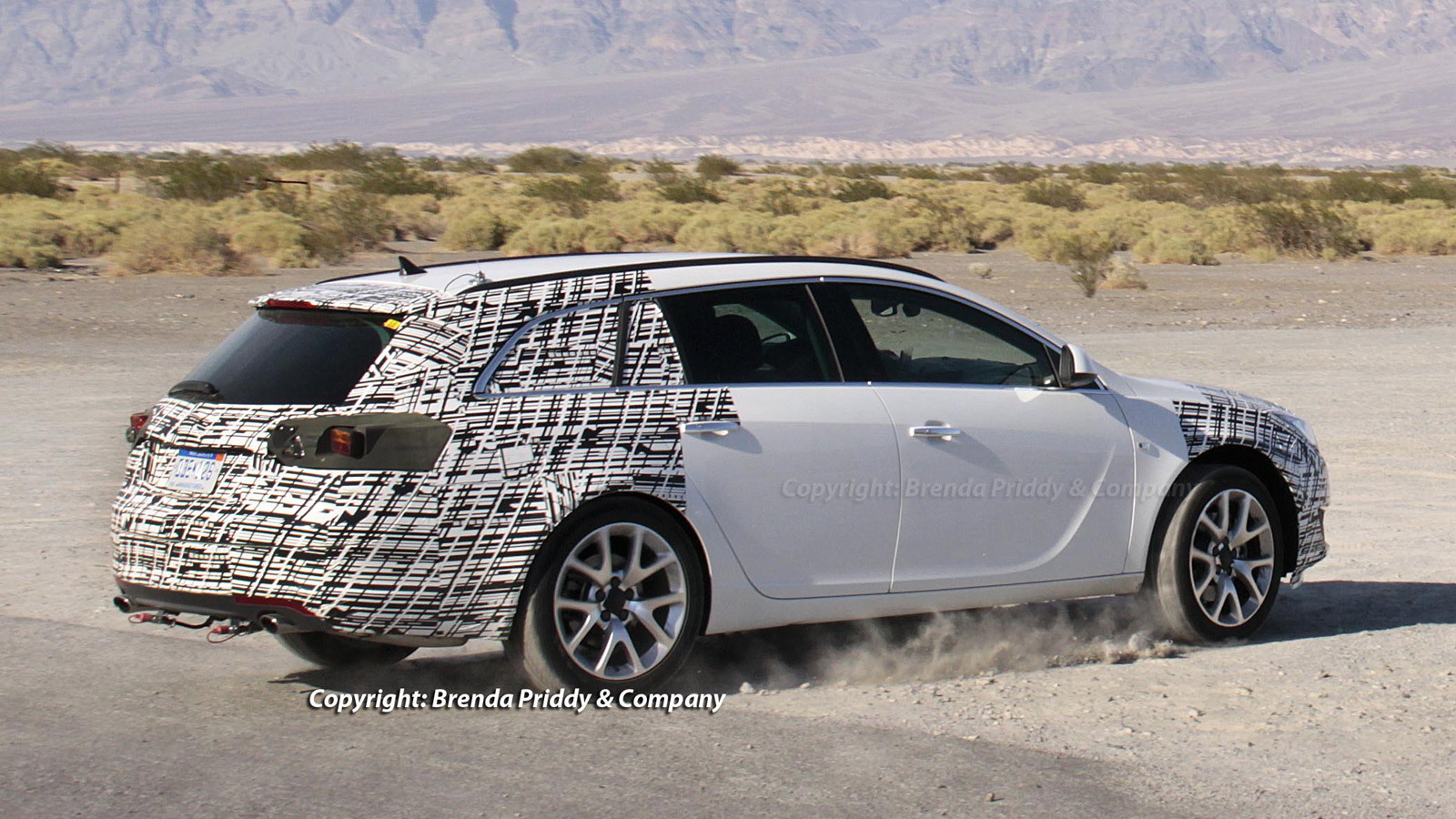 Buick’s mid-size Sport Wagon looks set for a revival courtesy of the Opel Insignia Sports Tourer sold overseas. Yes, the planned update for the Buick Regal looks to be much more significant than just the minor facelift we were expecting.

A prototype for the Regal with a station wagon body has been spotted by one of our spy photographers as it was undergoing hot weather testing in California’s Death Valley recently.

We know this is a Regal and not the aforementioned Insignia Sports Tourer, which, incidentally, is also due for an update, because of the familiar Regal wheel pattern and the Buick vehicles testing alongside it.

It’s not clear when the updated Buick range, including this new Regal Sport Wagon, is due in showrooms, but the most likely scenario is a launch in the middle of next year as a 2014 model. Regular readers may recall Buick just introduced its 2013 Regal range.

Not much is known about the 2014 Buick Regal, though previous spy shots of prototypes for the sedan showed items like the bumper, grille and tail-lights were being updated. The interior is also likely to receive some updates, as seen with Buick’s update to the 2013 Enclave. Expect higher-quality materials, new LED ambient lighting, and capacitive touch controls on an updated center stack.

Note, many of the changes will feature on an updated 2014 Buick Regal GS, which we’ve also spied in prototype form.

The trim levels will likely carry over unchanged, which means a base four-cylinder Regal with eAssist mild-hybrid technology, a mid-level Regal Turbo, and high-performance Regal GS.

As for the new Regal Sport Wagon, going by the specs of its Opel cousin, overall length should be about 16 feet and the wheelbase measuring the same as on the sedan. Storage space should be around 19 cubic feet.

We can expect a debut of the 2014 Buick Regal range at a major American auto show within the next six months.

Note, a Regal Sport Wagon isn’t the only new Buick thought to be in the works. Prototypes for the upcoming Opel Cascada, a new convertible that shares its underpinnings with the Buick Verano, has also been spotted testing in the U.S. and is rumored for local sale as a Buick.

Stay tuned for an update as development progresses.