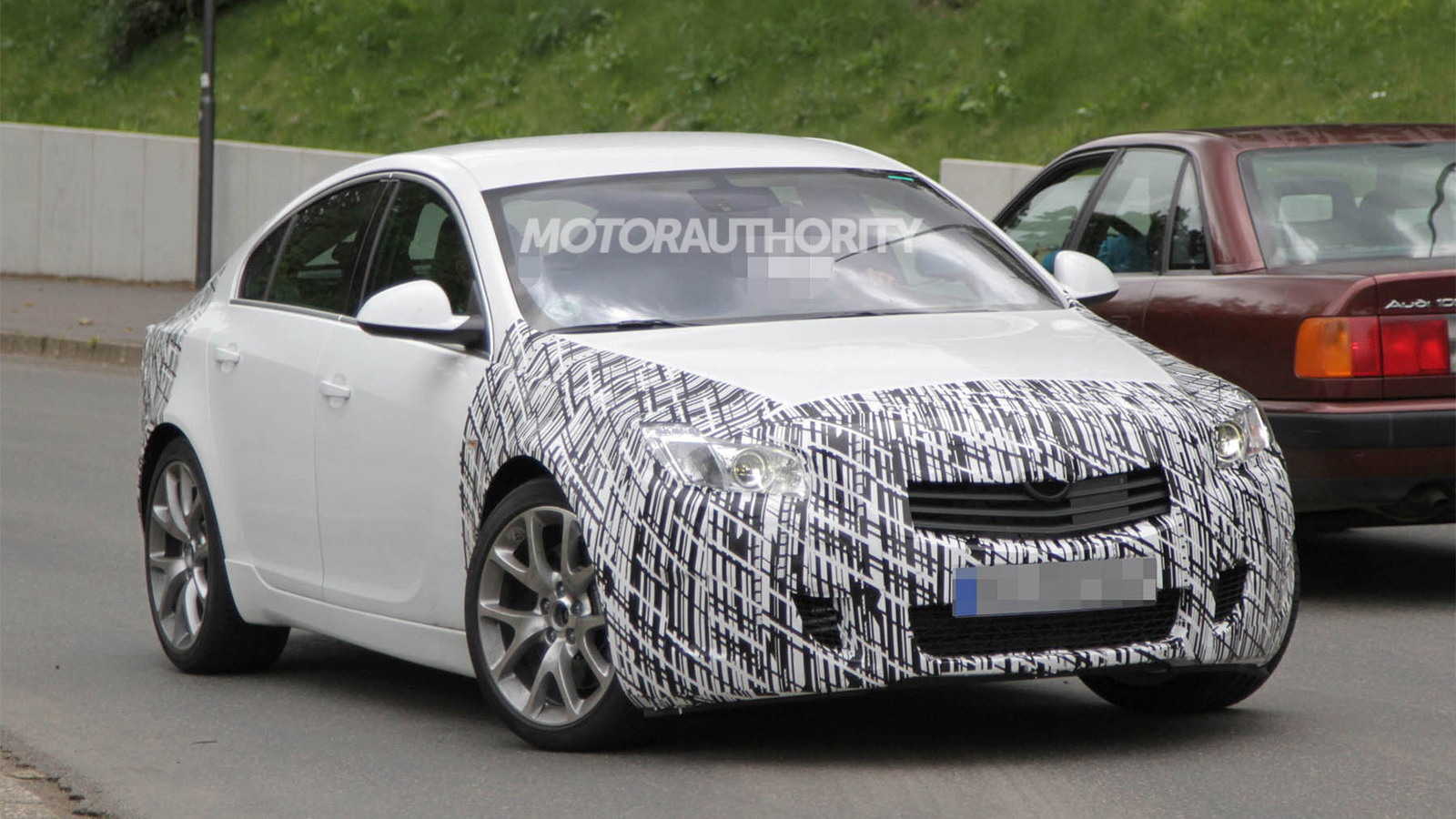 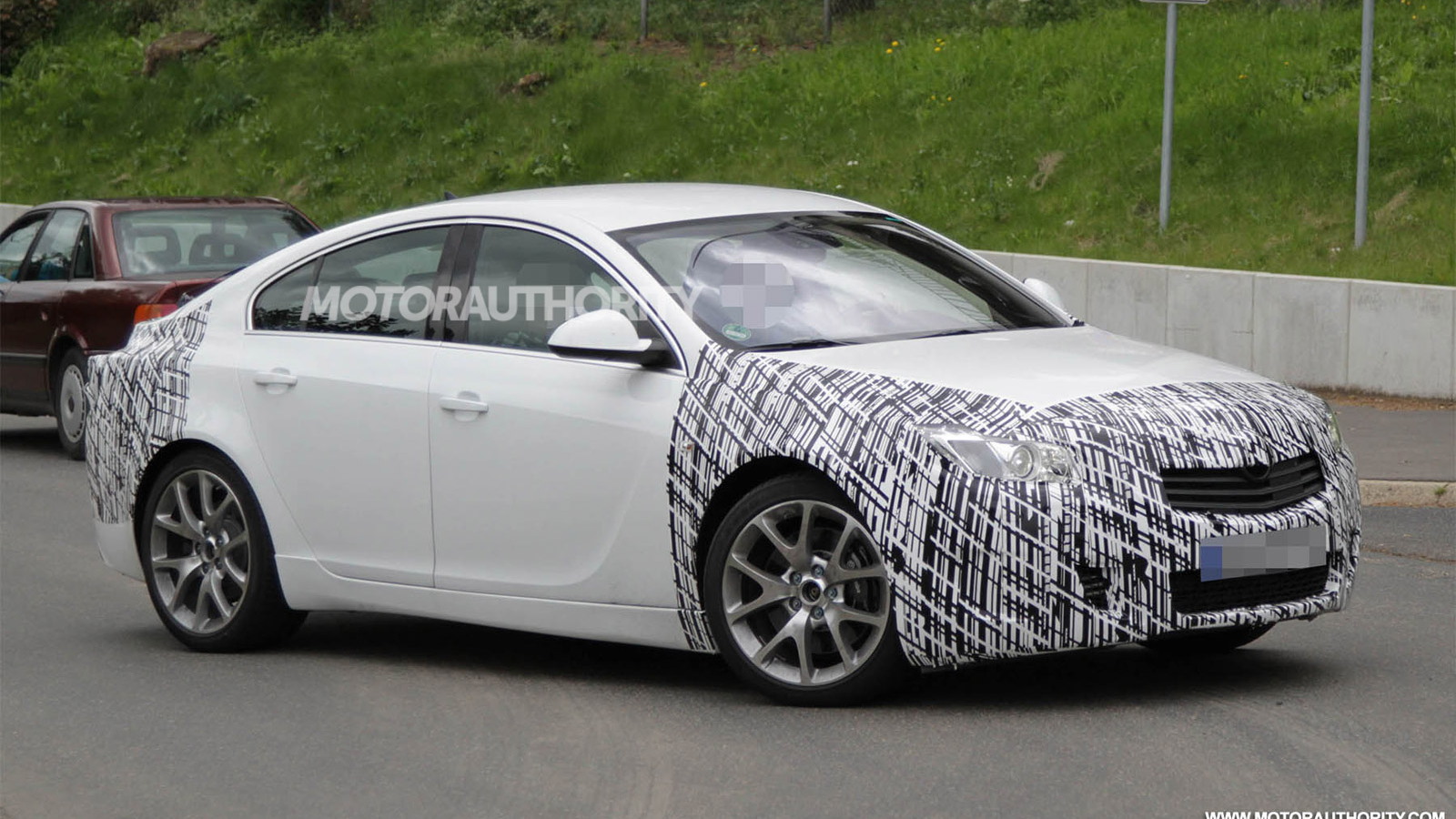 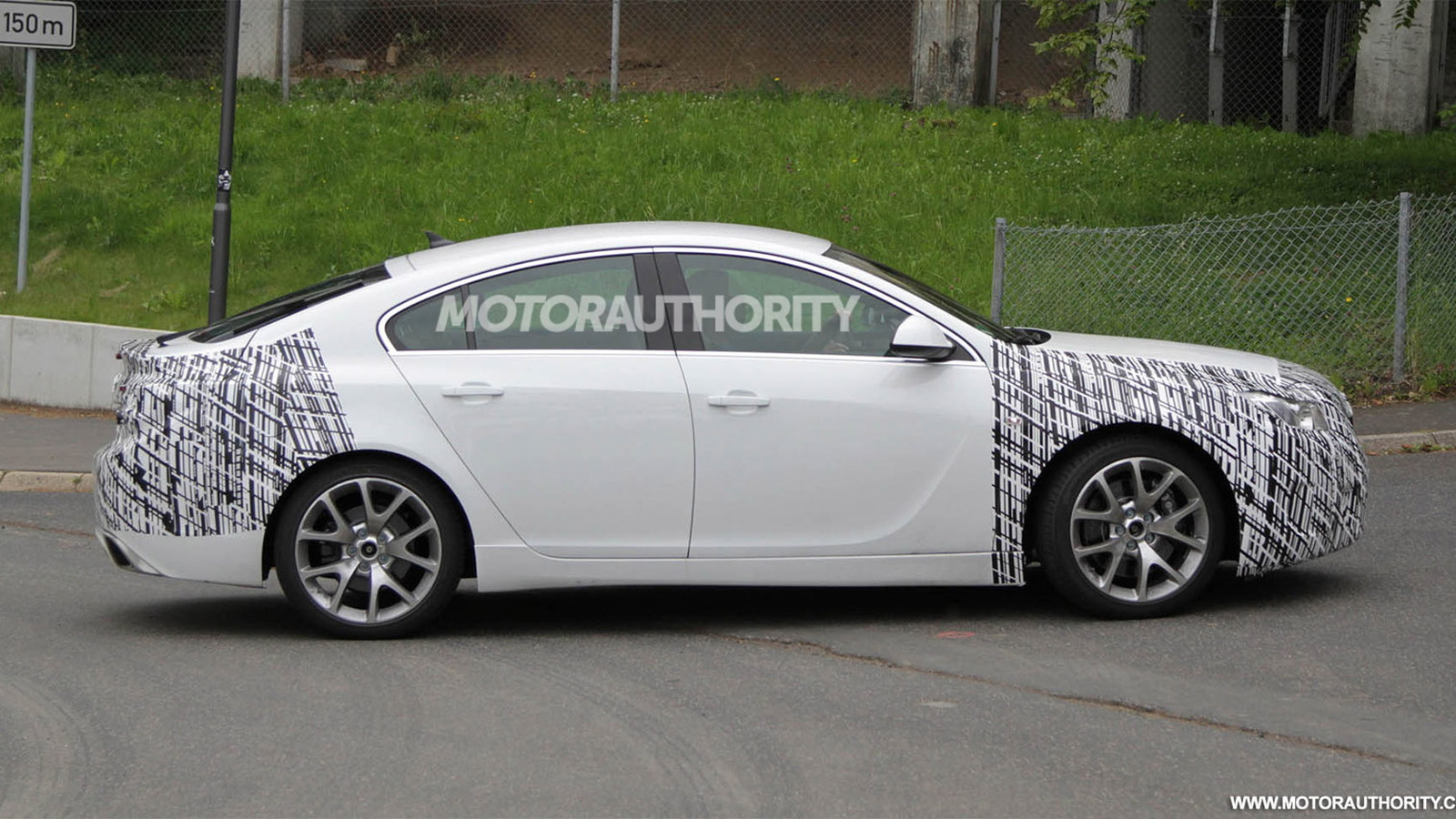 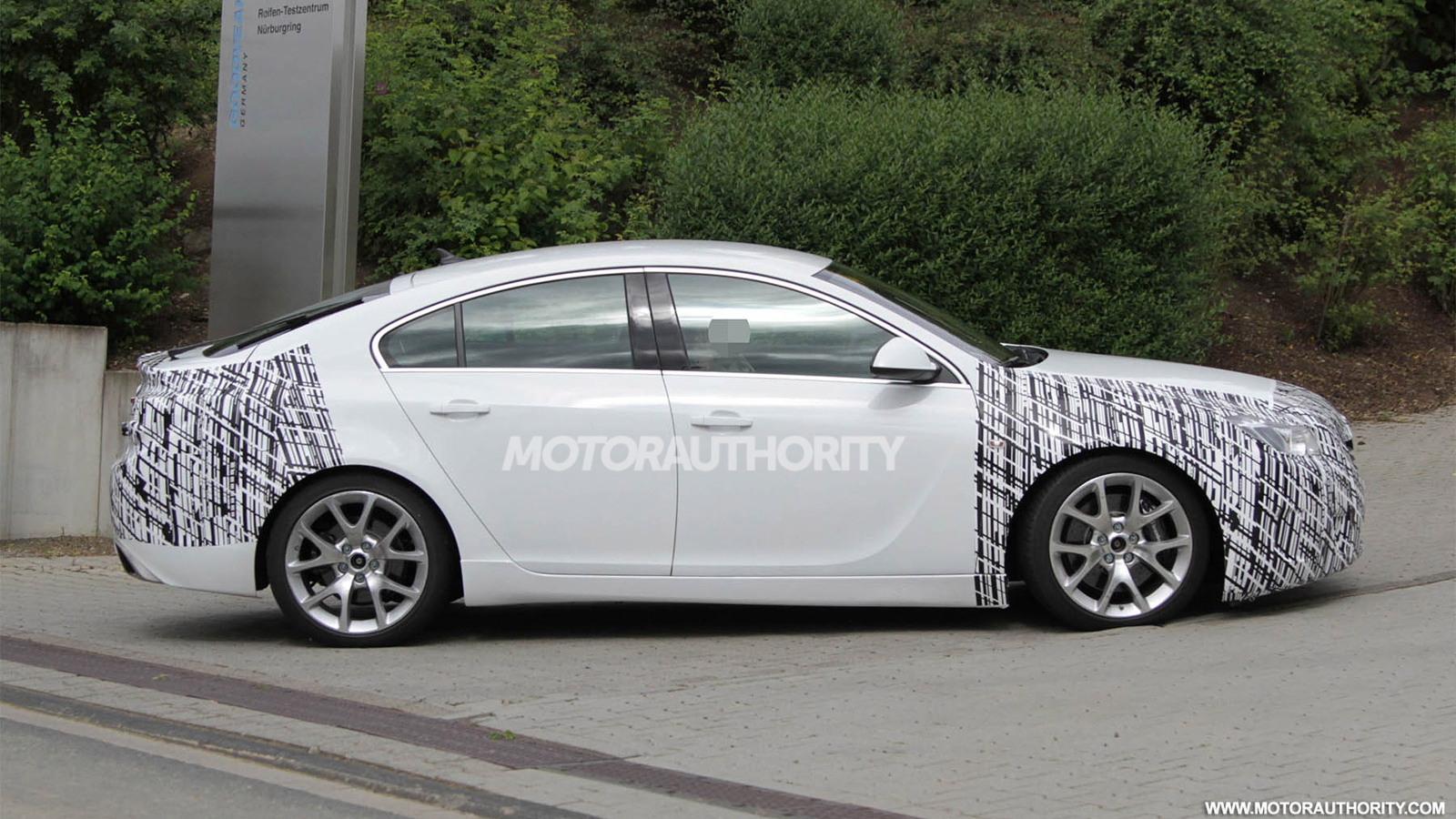 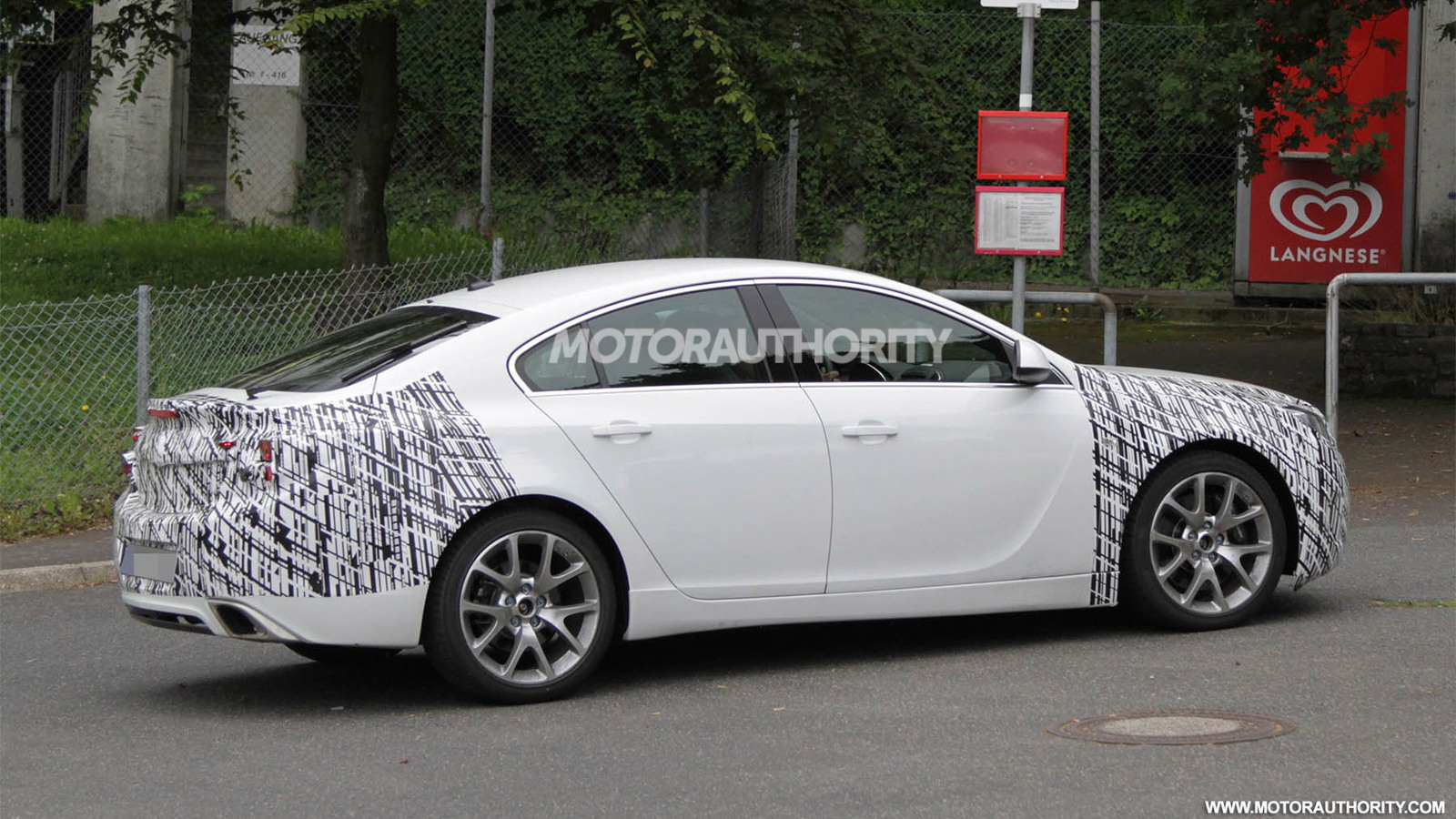 7
photos
A masked prototype of the Buick Regal’s European twin, the Opel Insignia, has been testing in Europe for the past several months, suggesting that an update for the car is planned. This makes sense as the Insignia, which first went on sale in 2008, is about due for its mid-cycle update.

While the Buick Regal hasn’t been on sale for that long, many of the updates introduced on the Insignia should make their way across to the Regal. The good news is that an updated Insignia OPC, a performance version of the Insignia and twin to the Regal GS, has just been spotted in prototype form, suggesting that Buick’s performance sedan is also in store for an update.

Clear signs that this is the Insignia OPC/Regal GS and not the regular Insignia/Regal are the vertical intakes in the front bumper, large wheels, and twin exhausts integrated into the rear bumper. Some of the updates masked by the camouflage gear are expected to be redesigned bumpers and lights, as well as a new grille.

The interior is likely to have received some updates as well. Expect higher-quality materials, new LED ambient lighting, and capacitive touch controls on an updated center stack. There’s a good chance the updated car will also get GM’s new front center air bag system designed to the protect driver and front passenger in far-side impact crashes.

We aren’t expecting many changes to the powertrain, which means the Insignia OPC should continue to make do with a turbocharged 2.8-liter V-6 engine delivering 325 horsepower. The updated Regal GS, meanwhile, will likely stick with its 270-horsepower turbocharged 2.0-liter four.

The updated Insignia range, including this OPC model, is likely to be launched in the European market early next year, while the Buicks should hit U.S. showrooms around next summer as 2014 models.