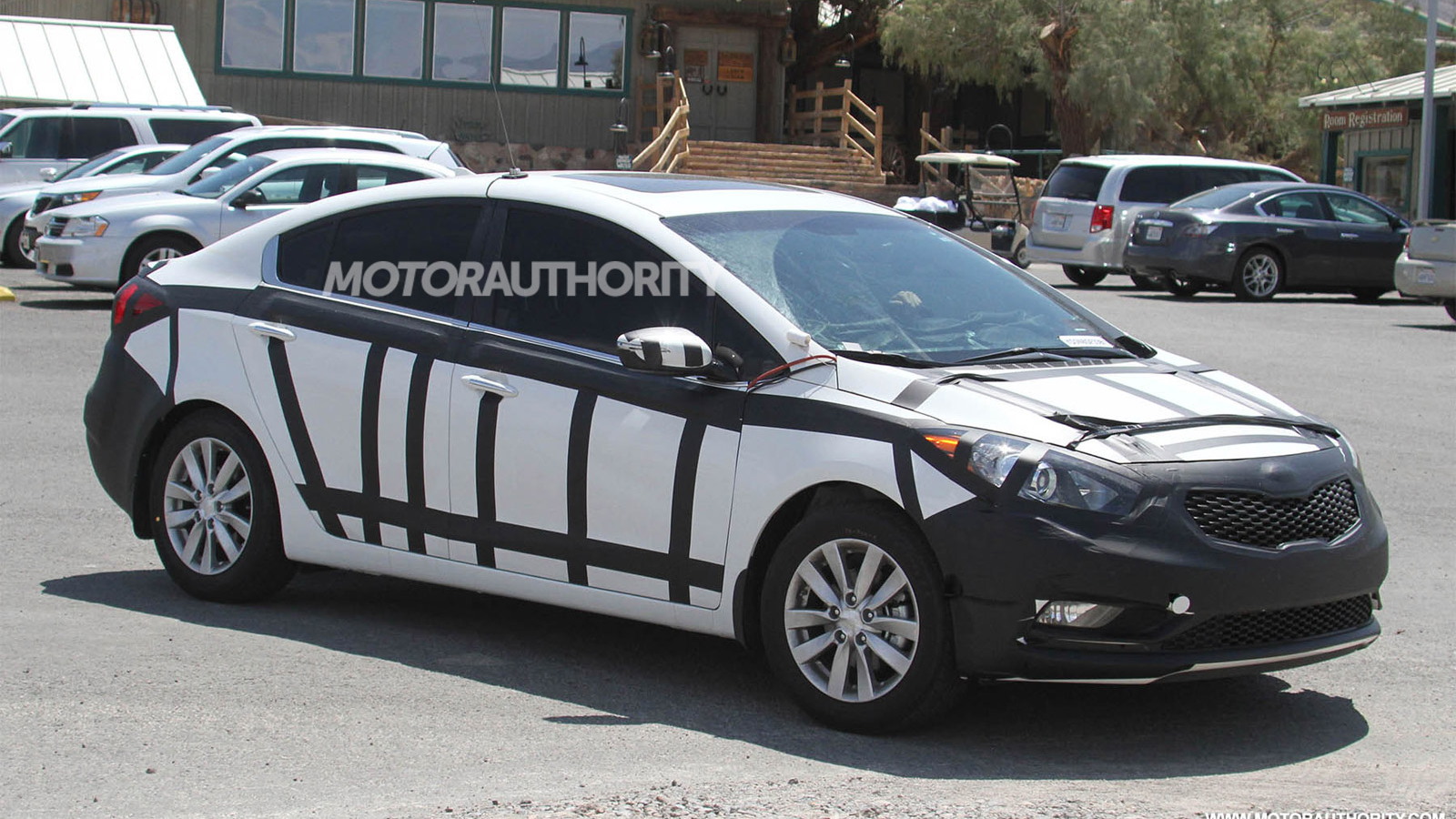 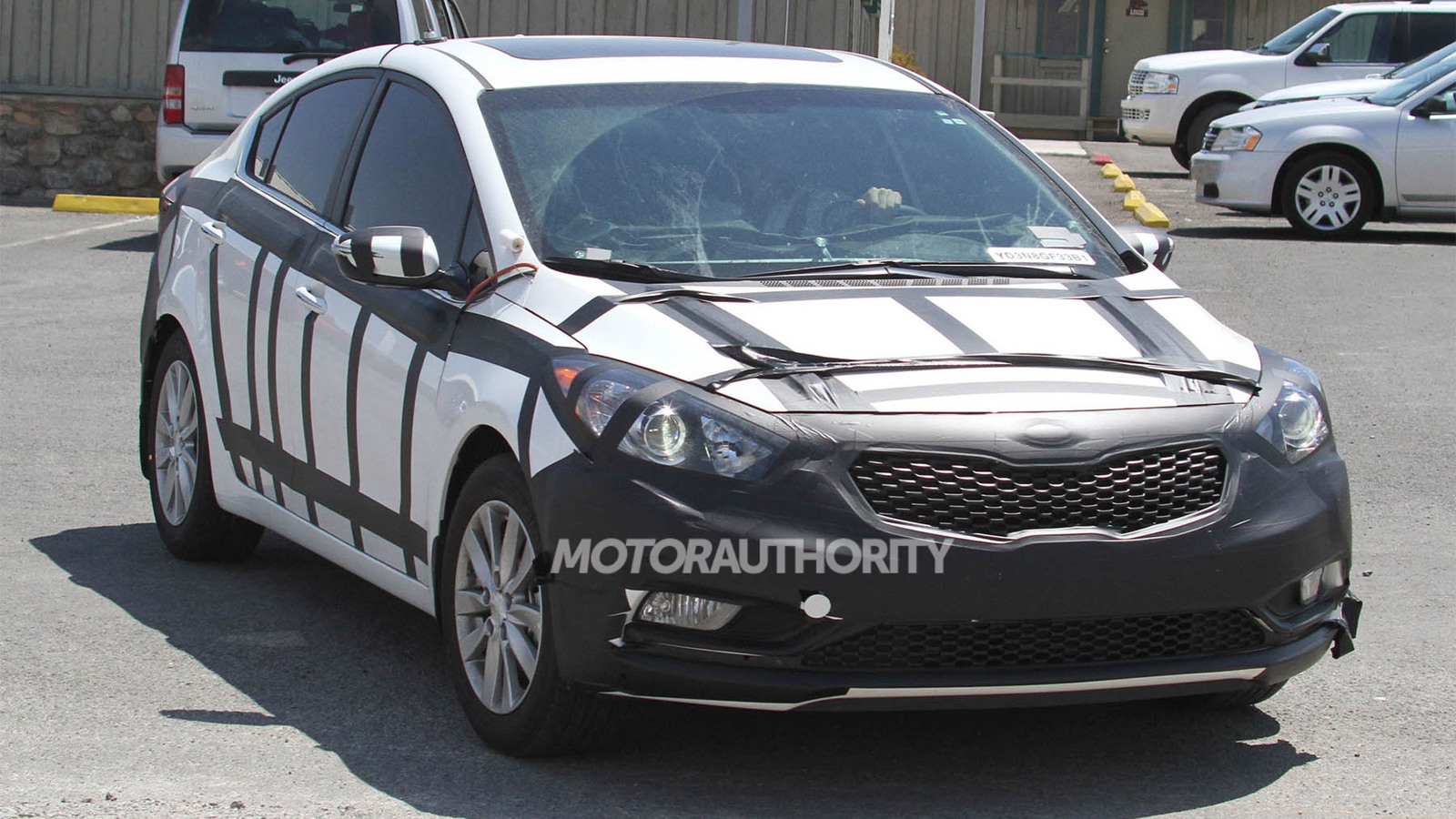 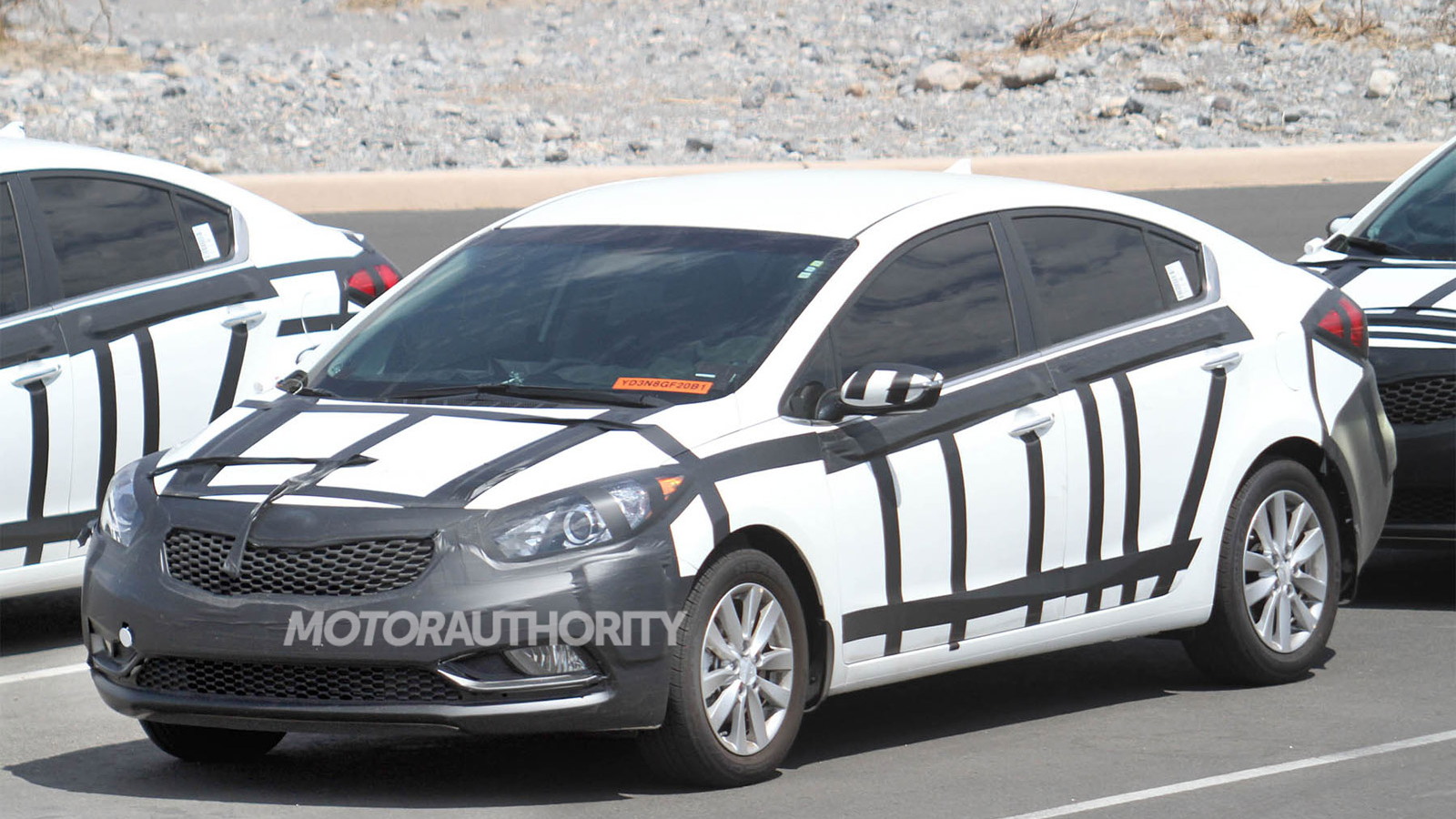 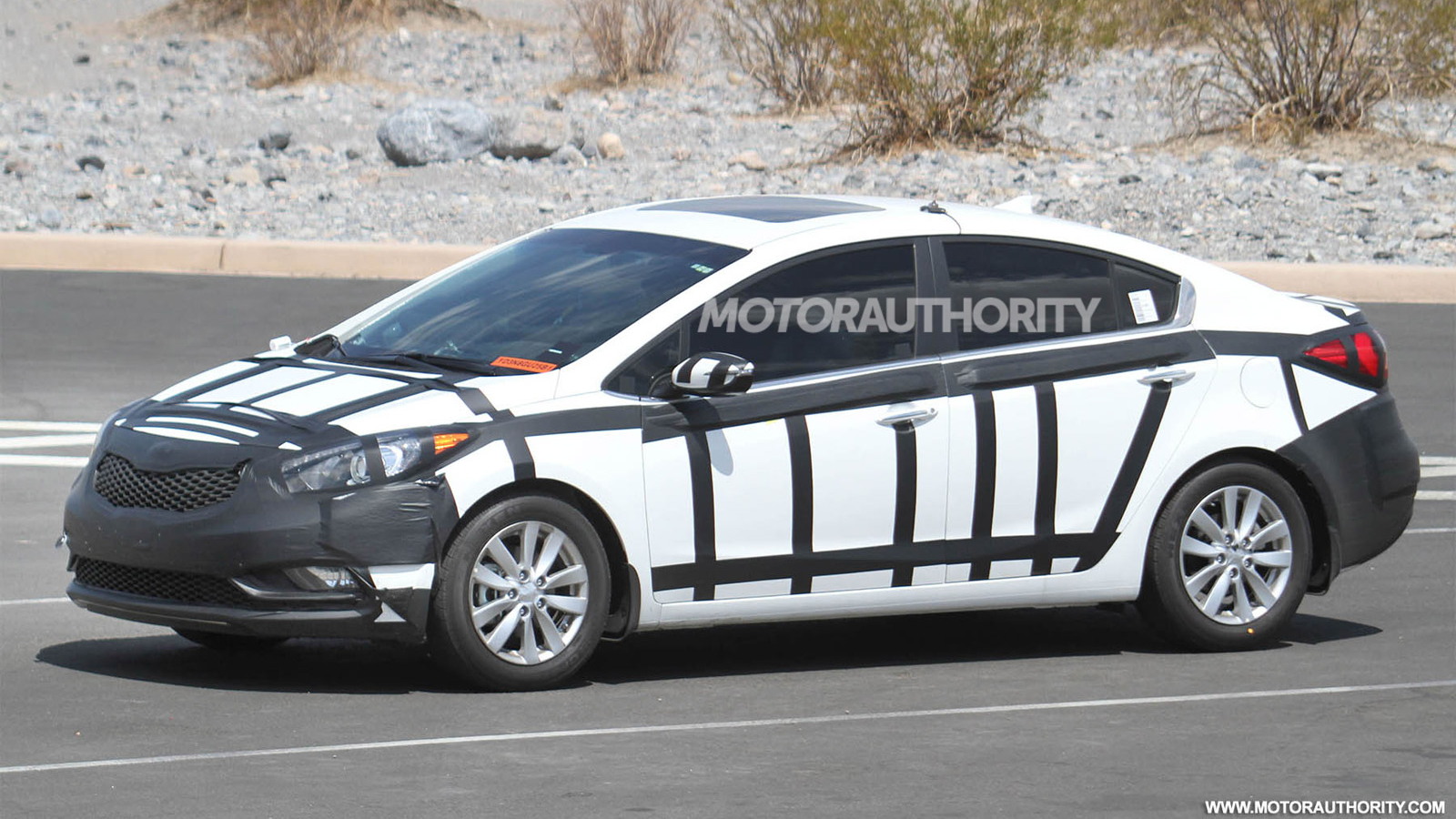 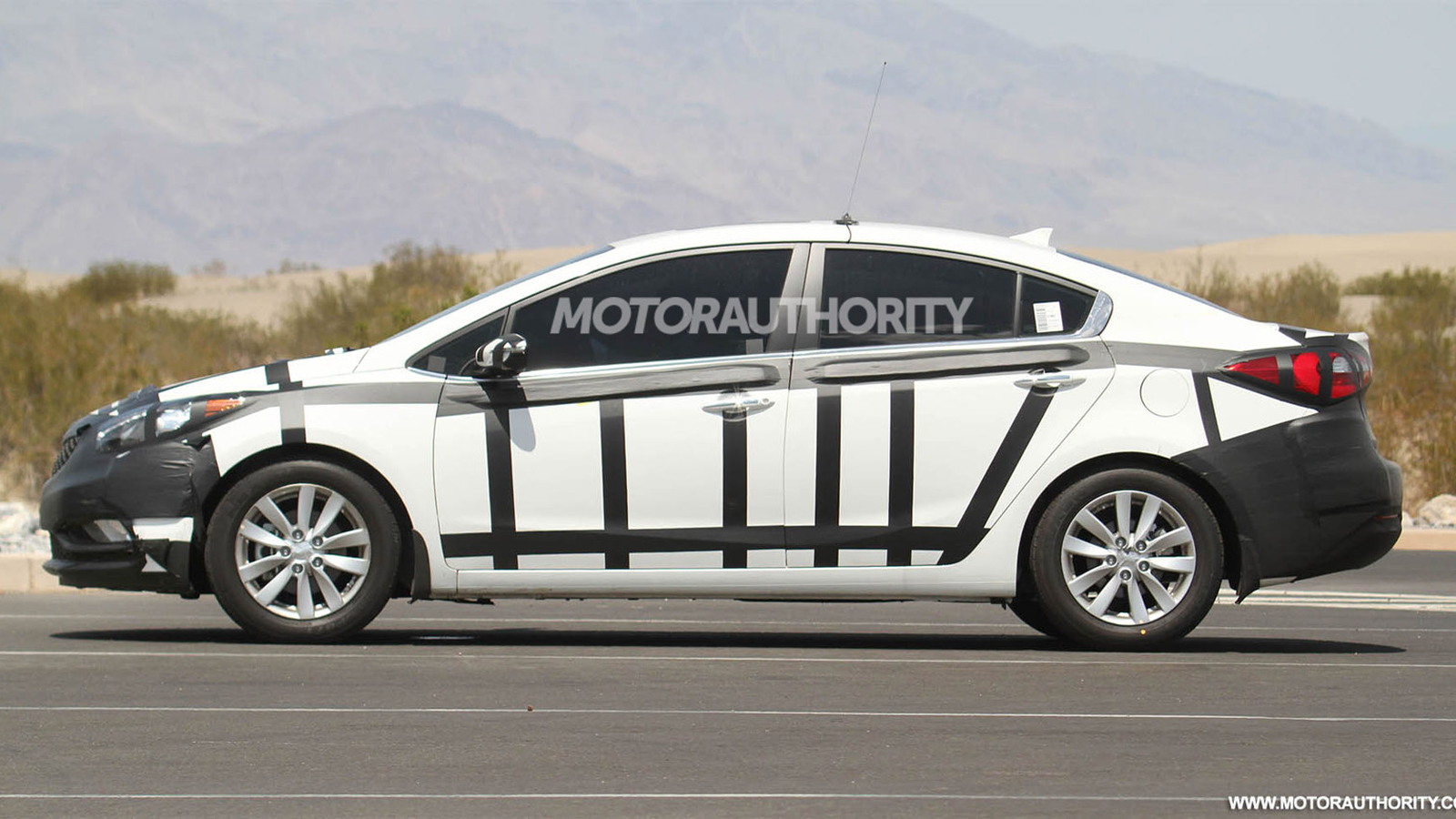 14
photos
Kia’s already confirmed that its all-new Forte, known as the K3 or Cerato in other markets, is scheduled to make its debut at the 2012 Los Angeles Auto Show in late November. And though we’ve seen some official preview sketches, these latest spy shots give us our best look yet at the latest version of Kia’s rival to the likes of the Honda Civic and Toyota Corolla.

The new Forte, which should hit showrooms in the first half of next year as a 2014 model, adopts the bold new styling of other Kia models like the Optima as well as the C’eed and K9/Quoris sold overseas. The family resemblance is obvious, with the new Forte embracing Kia's latest winged grille motif and aggressive character lines.

The vehicle is longer, lower and wider than the one it replaces, which should promise more space inside as well as enhanced performance. Also, customers once again will be offered the choice of sedan, coupe and hatchback bodystyles though not all at launch. The prototype seen here is for the sedan variant.

Under the hood is expected to be a 1.8-liter four-cylinder engine rated at around 148 horsepower and returning a fuel economy equal to or better than the outgoing model’s 27/36 mpg city/highway. Other markets will have the option of a 1.6-liter turbodiesel with around 126 horsepower on tap.

With sales of 445,000 units worldwide in 2011, the Forte remains Kia’s top-selling model and one it can’t afford to get wrong. So far, the Korean automaker appears to be on the course for even more success.