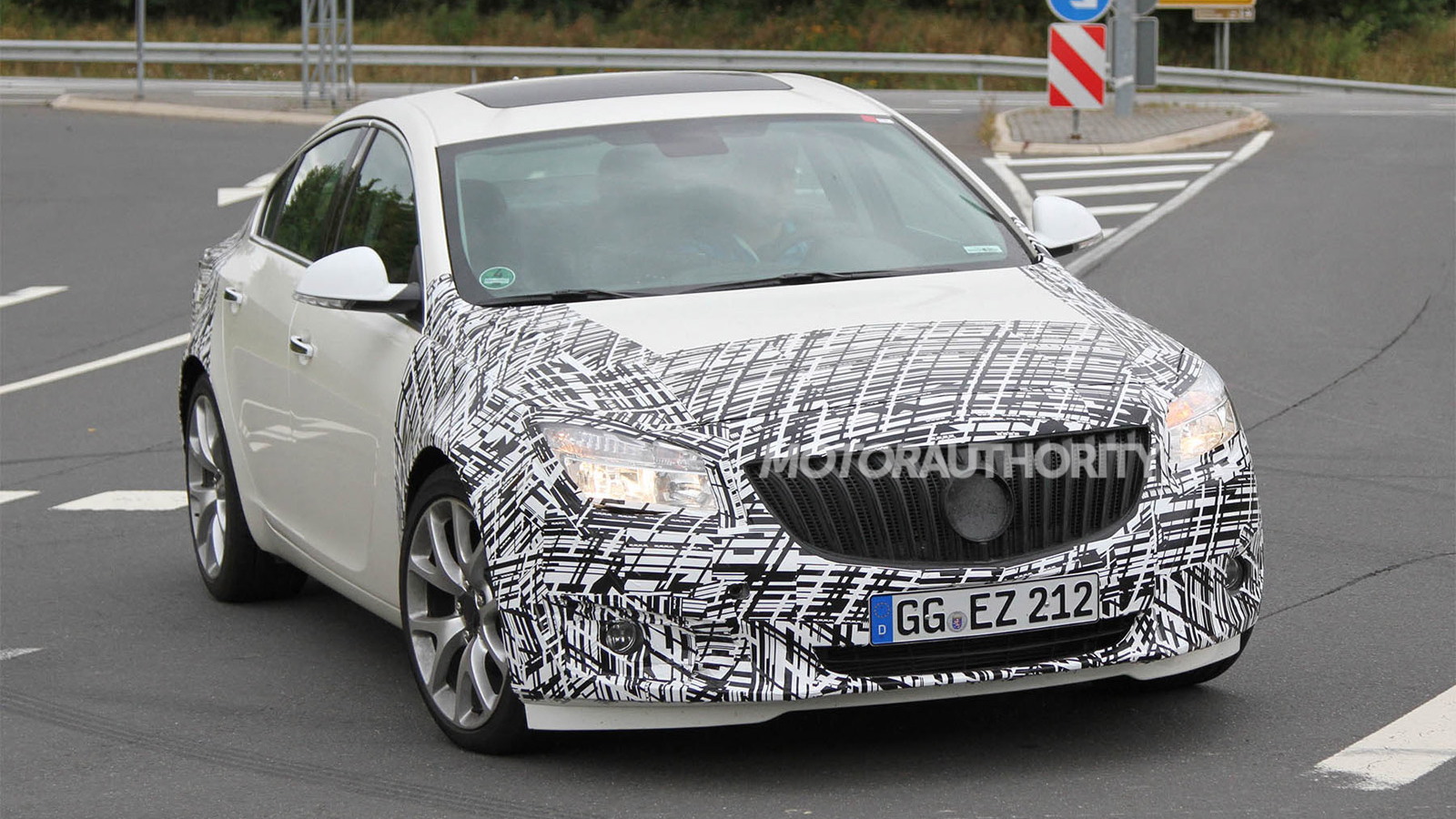 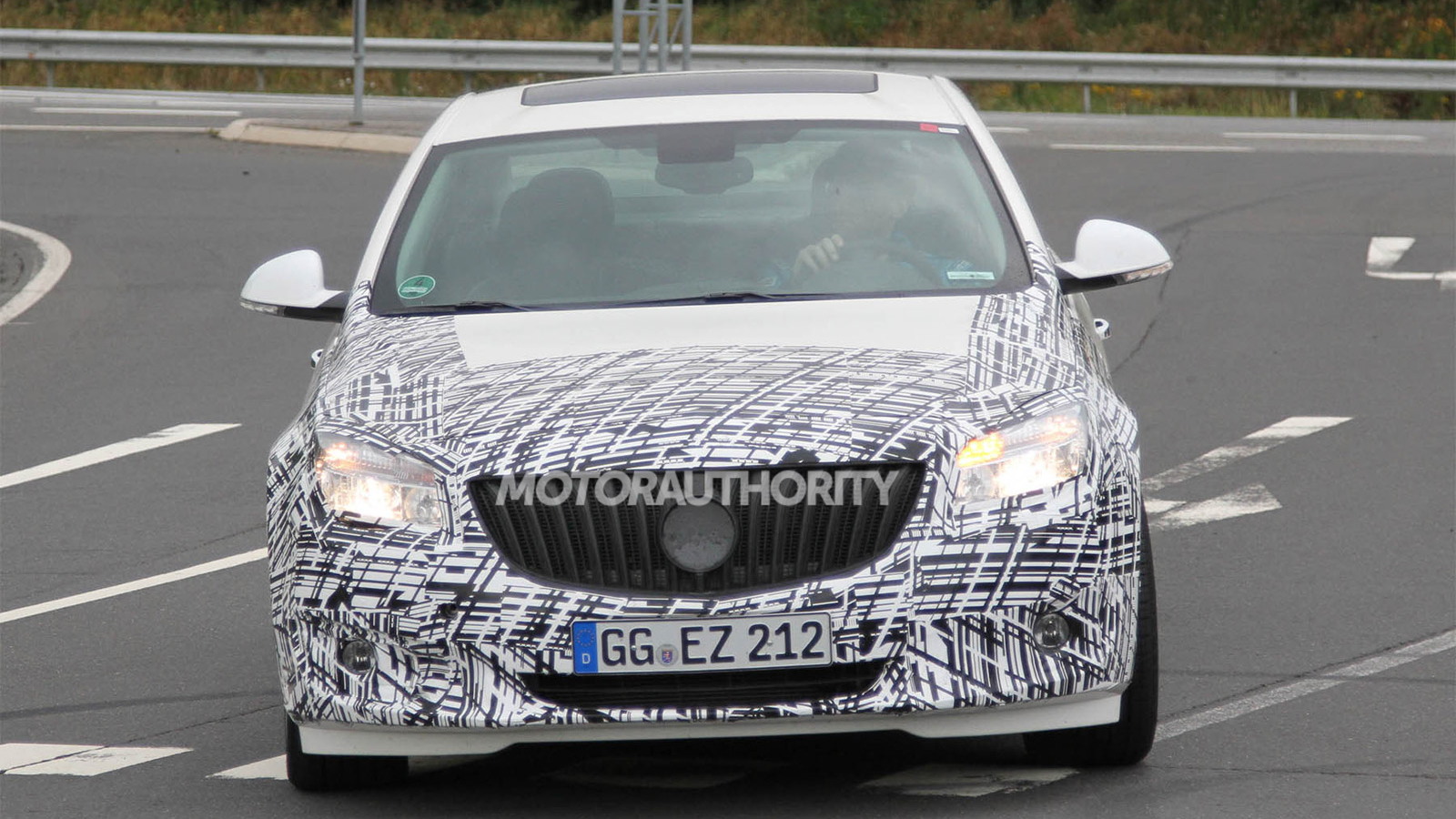 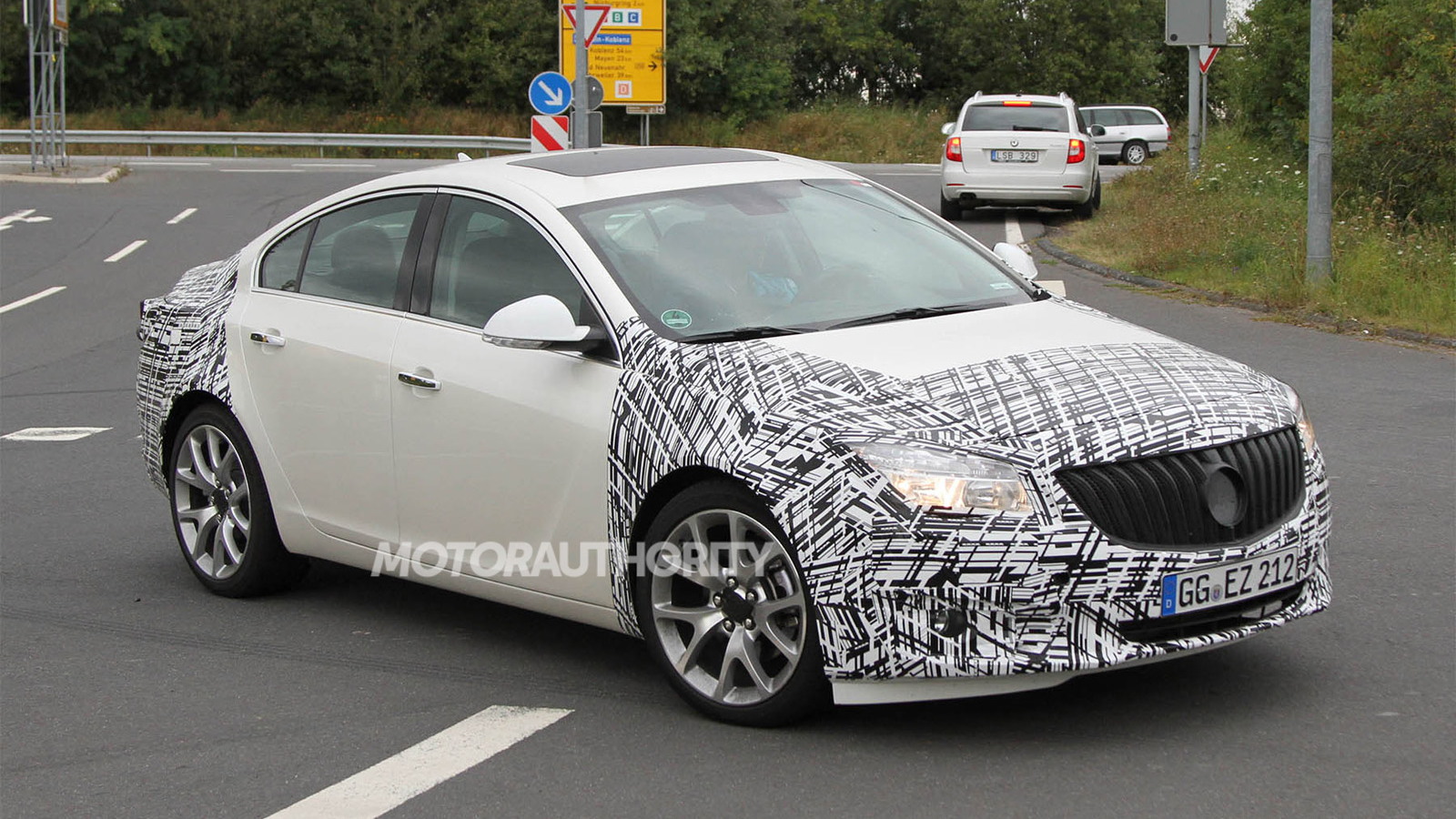 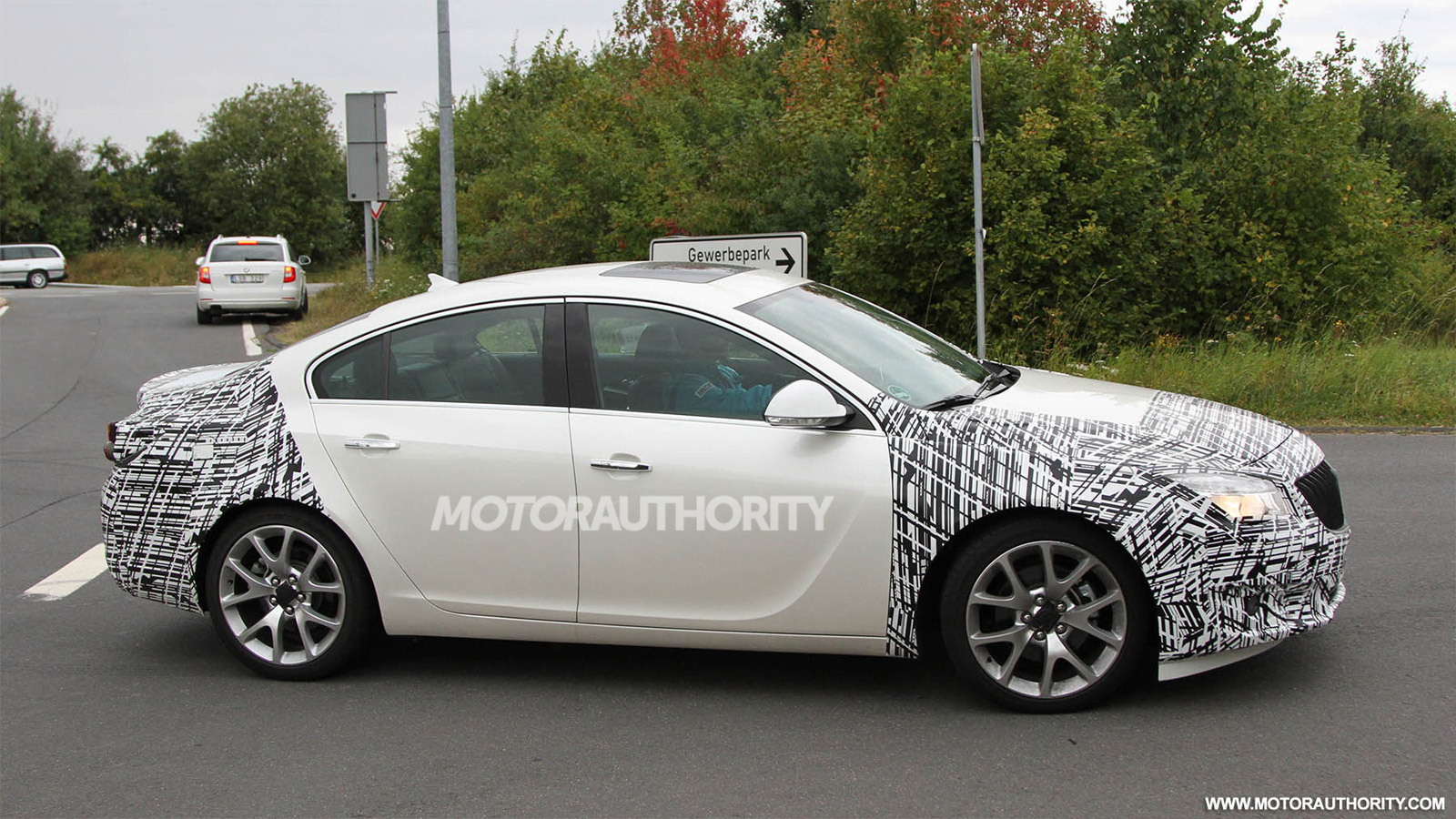 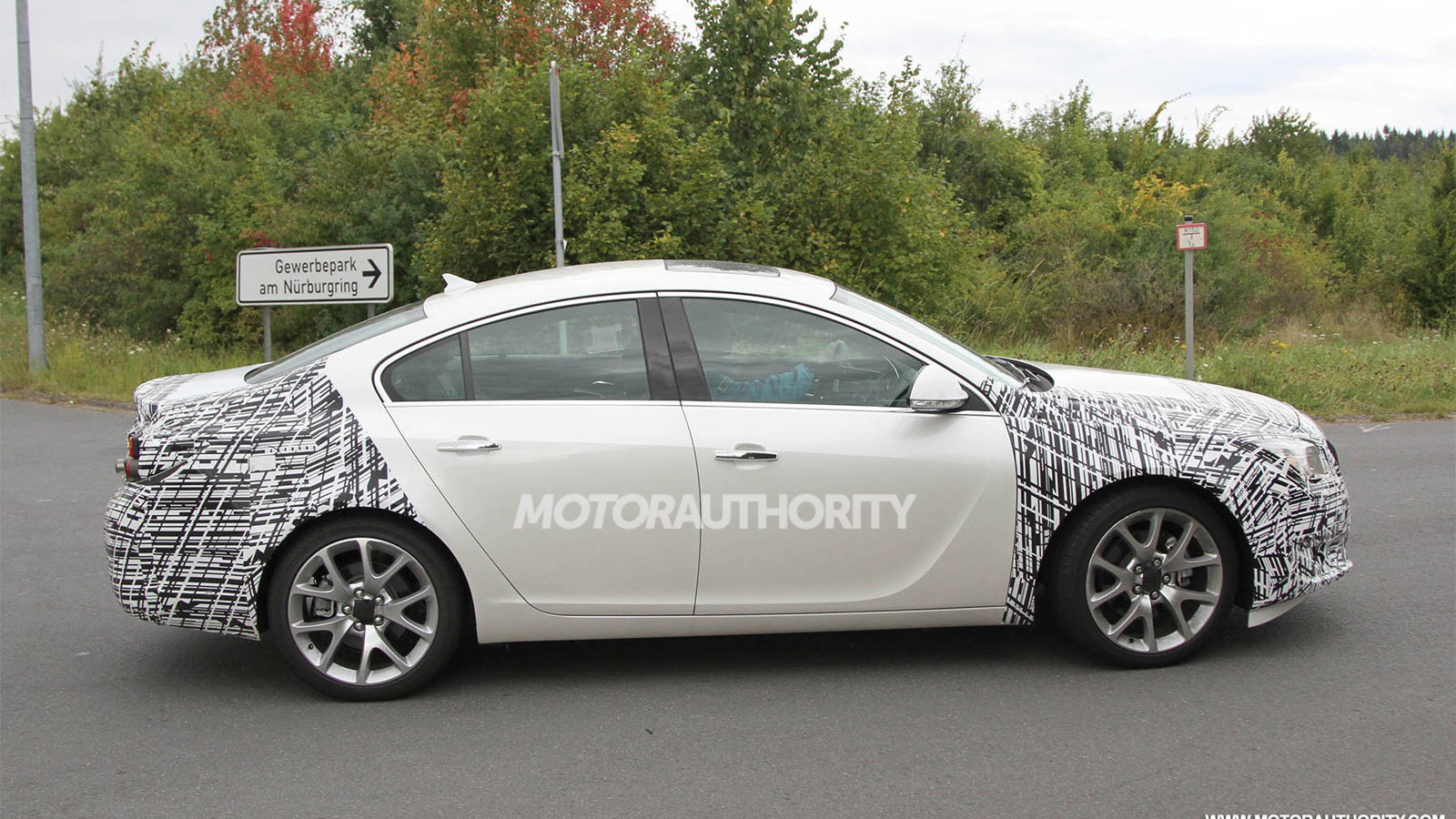 15
photos
A prototype of an updated Buick Regal has been spotted testing in Europe alongside the car’s European twin, the Opel Insignia. The blacked-out waterfall grille gives away this particular prototype’s identity, though most of the changes remain masked under camouflage.

The vehicle is on track to be introduced next year as the 2014 Buick Regal. You may recall Buick only recently announced its 2013 Regal, which received the 2.4-liter eAssist mild-hybrid setup as its new base option.

Some of the changes expected on the 2014 Regal are redesigned bumpers, a tweaked grille, and new graphics in the tail-lamps.

The interior is also likely to receive some updates, as seen with Buick’s update to the 2013 Enclave. Expect higher-quality materials, new LED ambient lighting, and capacitive touch controls on an updated center stack.

There’s a good chance that the 2014 Buick Regal will also get GM’s new front center air bag system designed to the protect driver and front passenger in far-side impact crashes.

Note, many of the changes will feature on an updated 2014 Buick Regal GS, which we’ve also spied in prototype form.