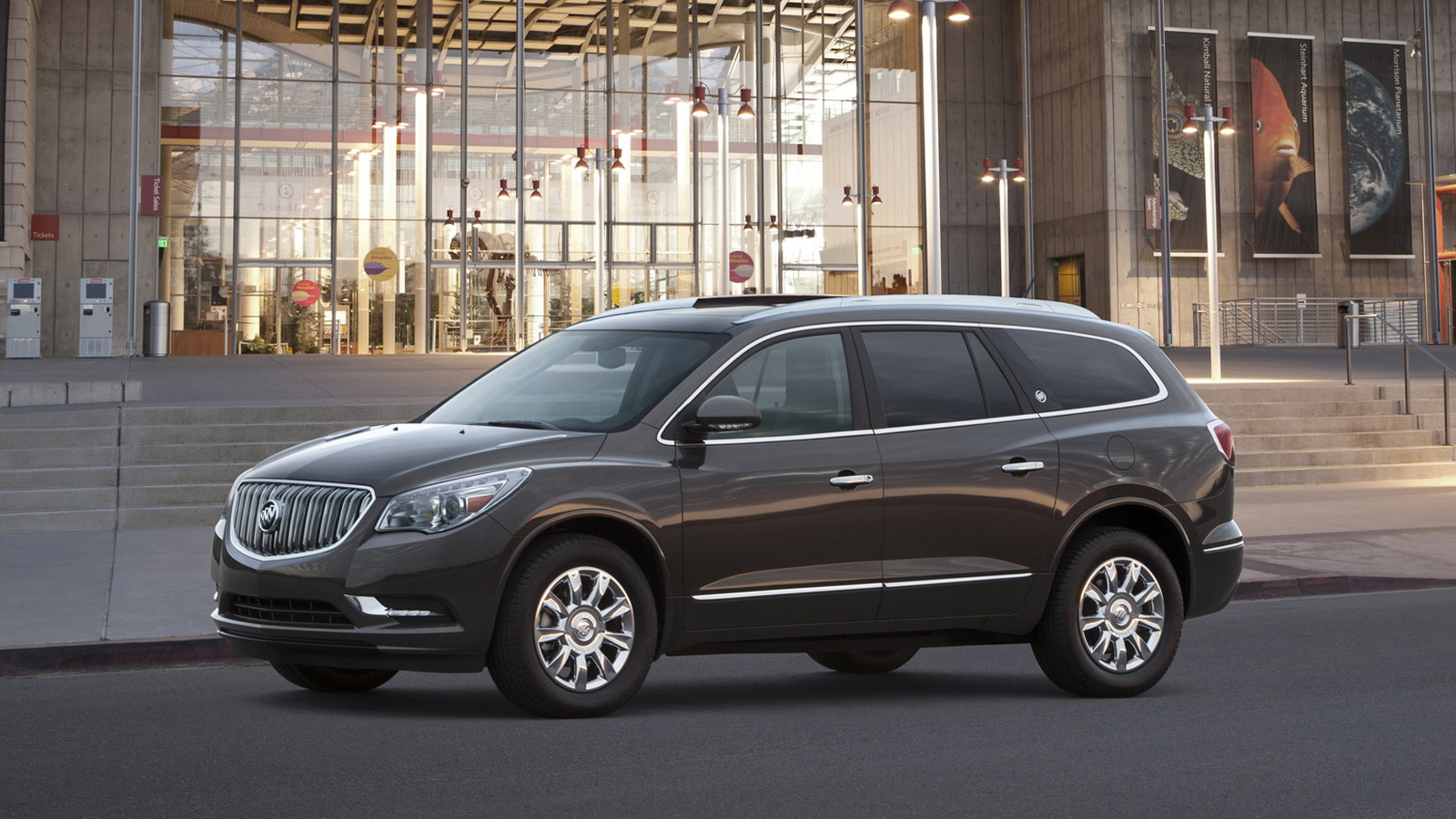 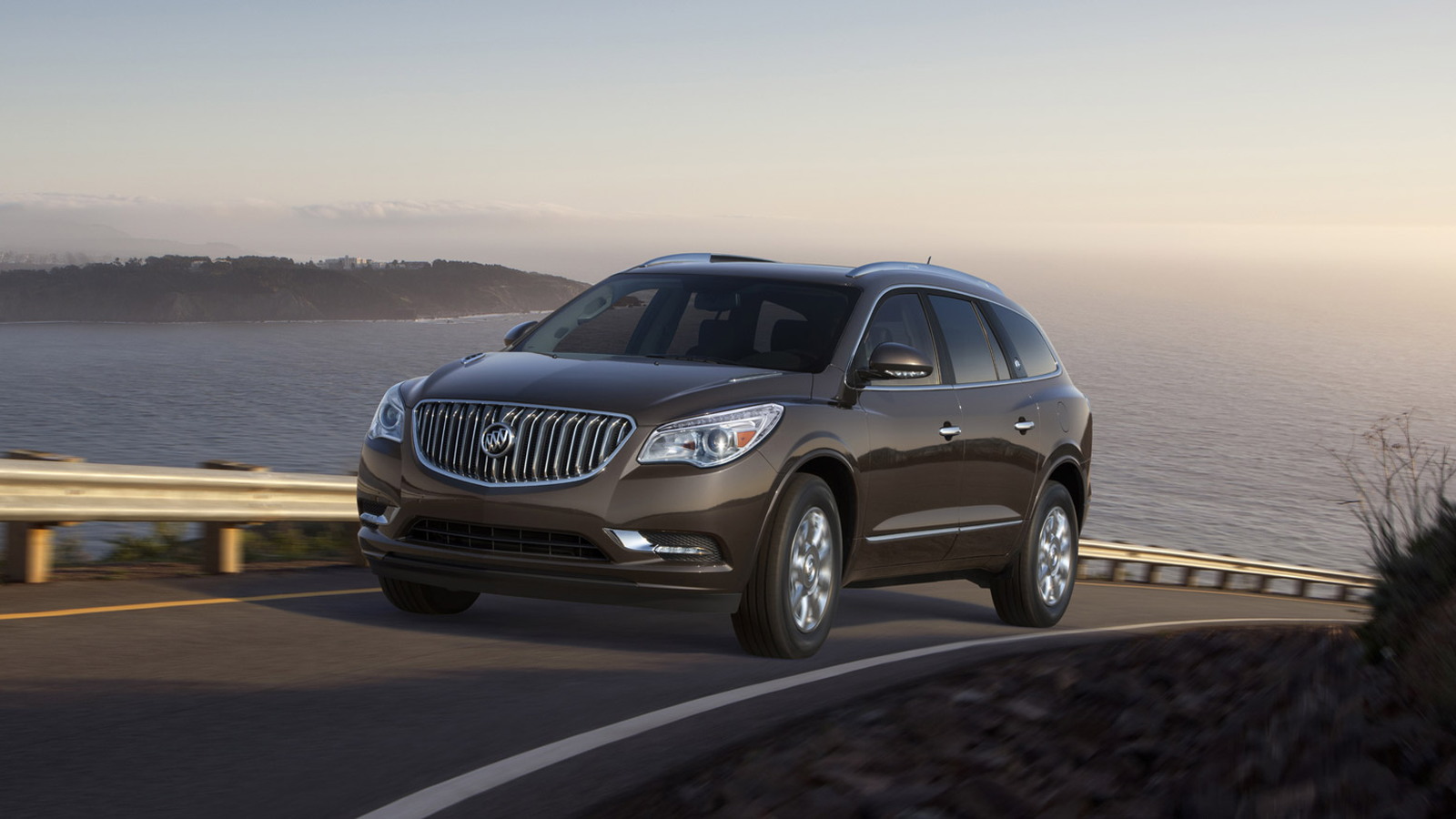 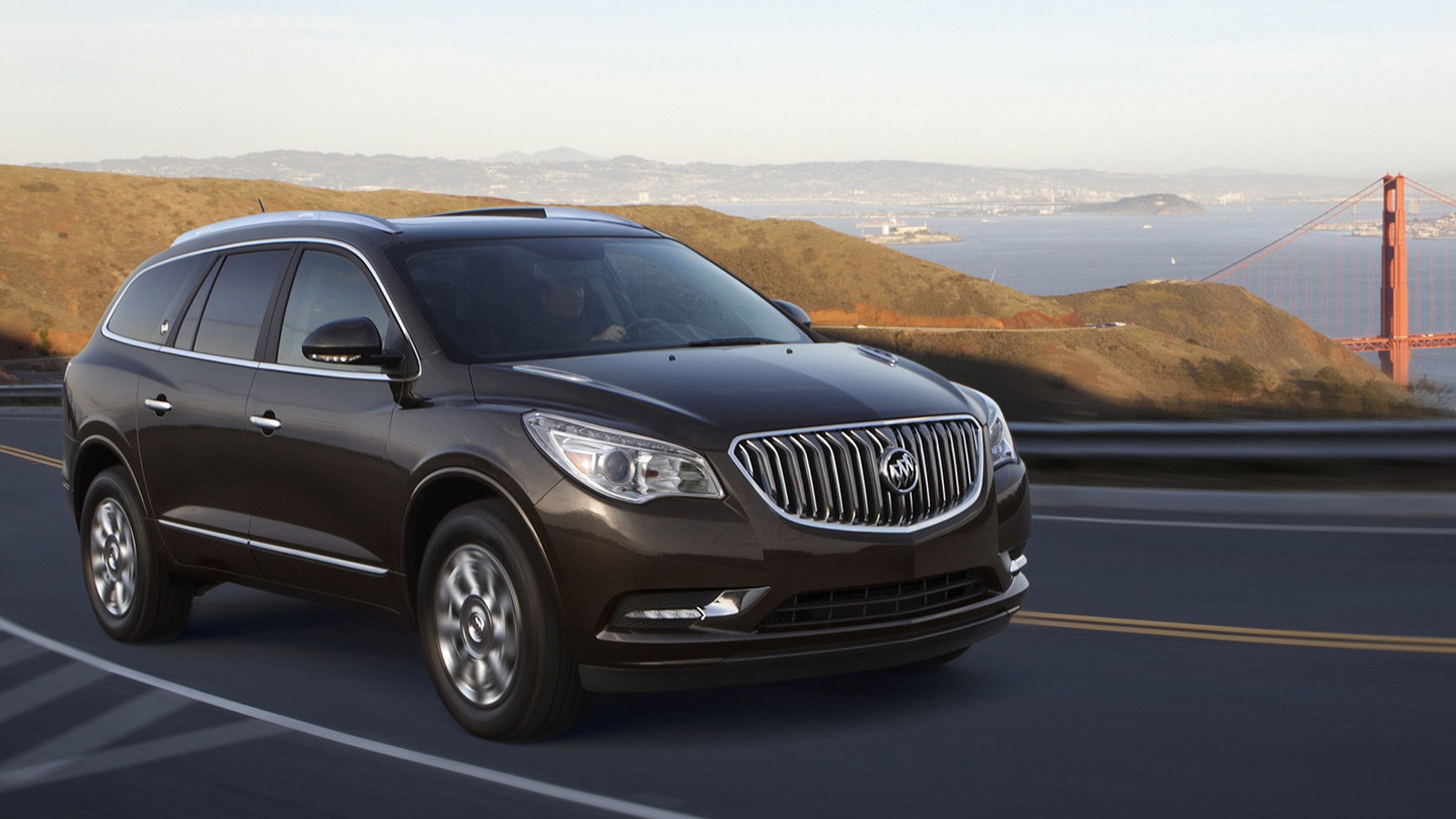 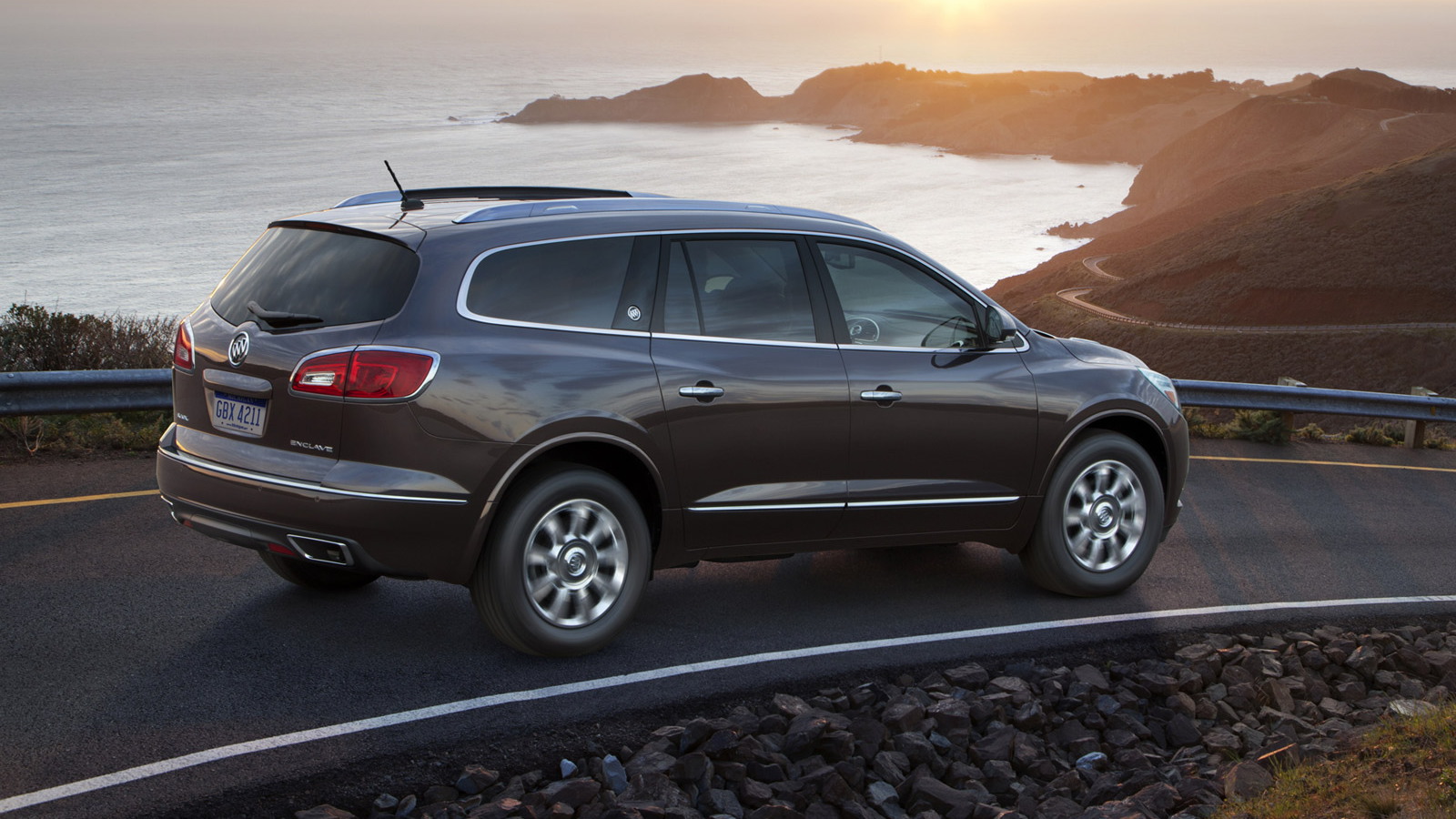 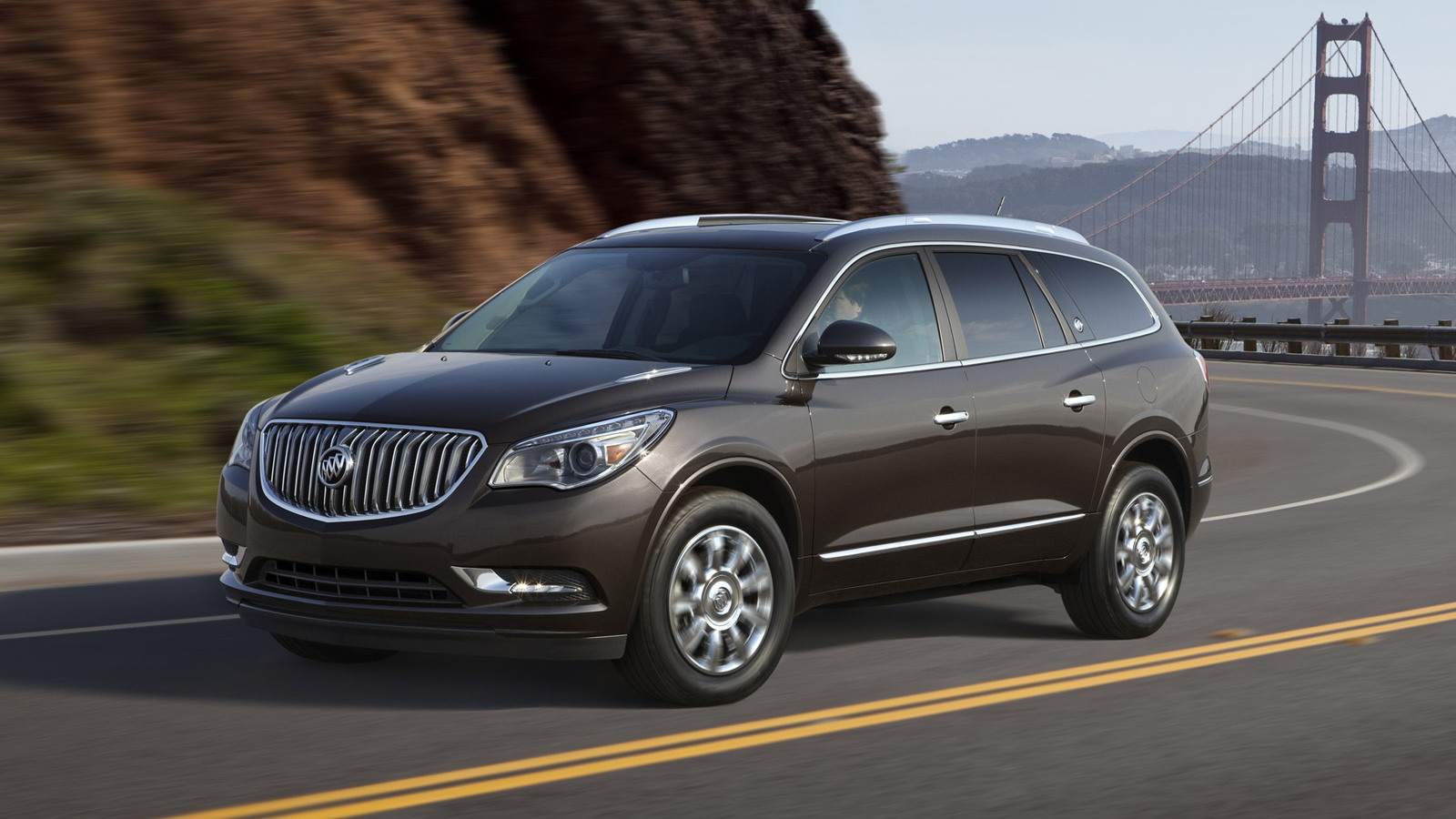 14
photos
The Buick Enclave is the industry’s best-selling three-row crossover, so GM knows that any refresh has to be handled with care. Buick is launching an updated 2013 Enclave at this week’s New York Auto Show, but don’t expect any radical changes in styling or content.

Even Buick calls the update “evolutionary” in regards to exterior and interior styling, but promises the 2013 Enclave will deliver more luxury amenities and materials, along with features designed to boost occupant safety.

On the outside, the 2013 Enclave gets an new front end, complete with LED daytime running lights and restyled headlights. The hood wears a slightly different shape, and the trademark waterfall grille is now presented in black chrome.

Out back, there’s a new rear-end design that incorporates LED taillights and integrated dual exhausts. The Enclave gets new 19-inch and 20-inch wheels, along with a more monochromatic exterior look. In Buick tradition, however, there’s still plenty of chrome trim in evidence.

In regards to safety, the 2013 Buick Enclave gets an industry-first front center air bag, created to protect driver and passenger in far-side impact crashes. It inflates from the inboard side of the driver’s seat to provide even more comprehensive occupant protection. Like all current Buick models, it’s likely that the 2013 Enclave will receive IIHS Top Safety Pick honors, too.

To improve ride quality, the 2013 Enclave gets new front and rear dampers that better blend comfort and handling. Even the six-speed automatic transmission has been revised for better shift feel and driveability, adding to the Enclave’s sedan-like driving feel.

Look for the 2013 Buick Enclave to hit dealerships this fall.