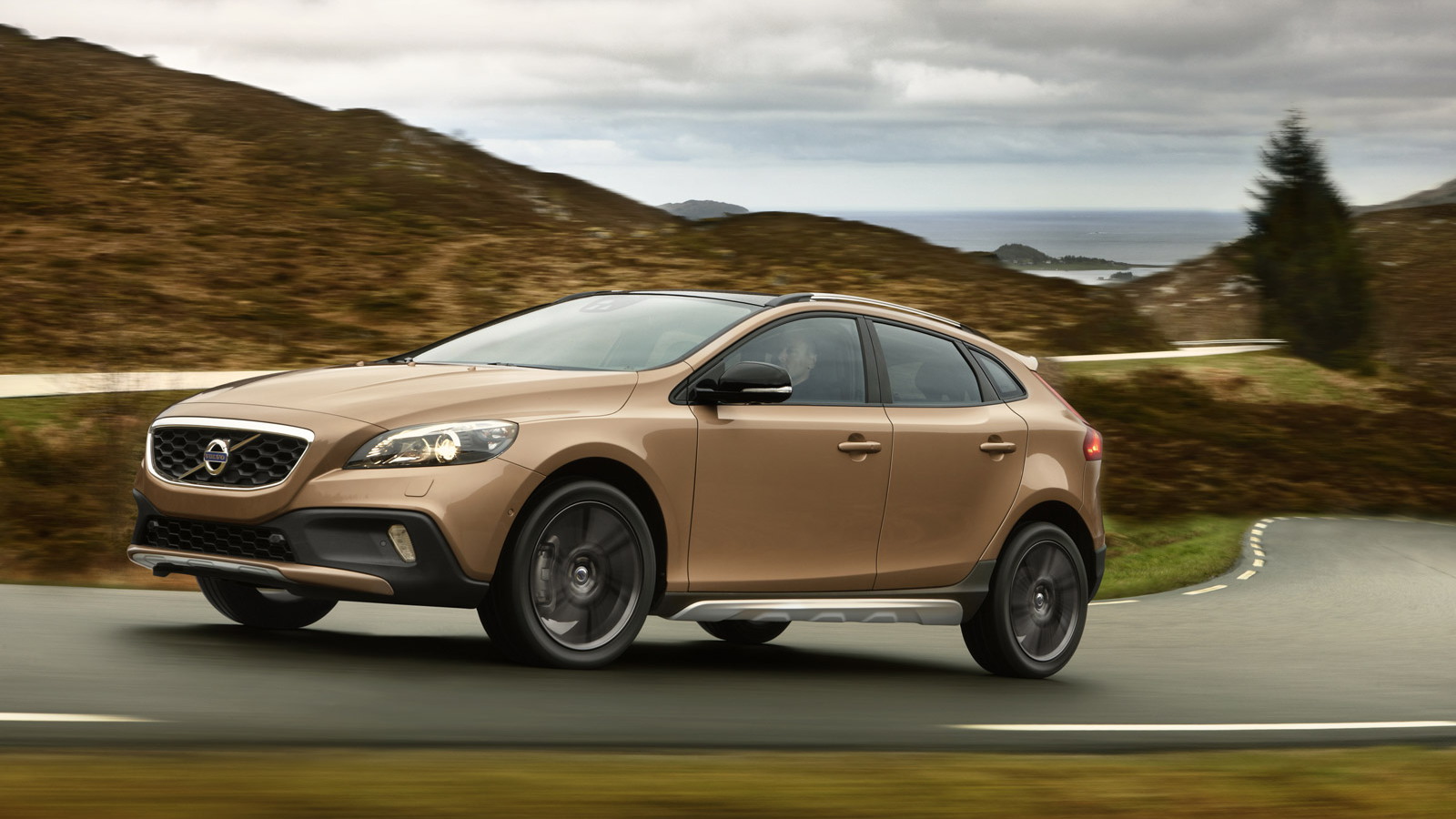 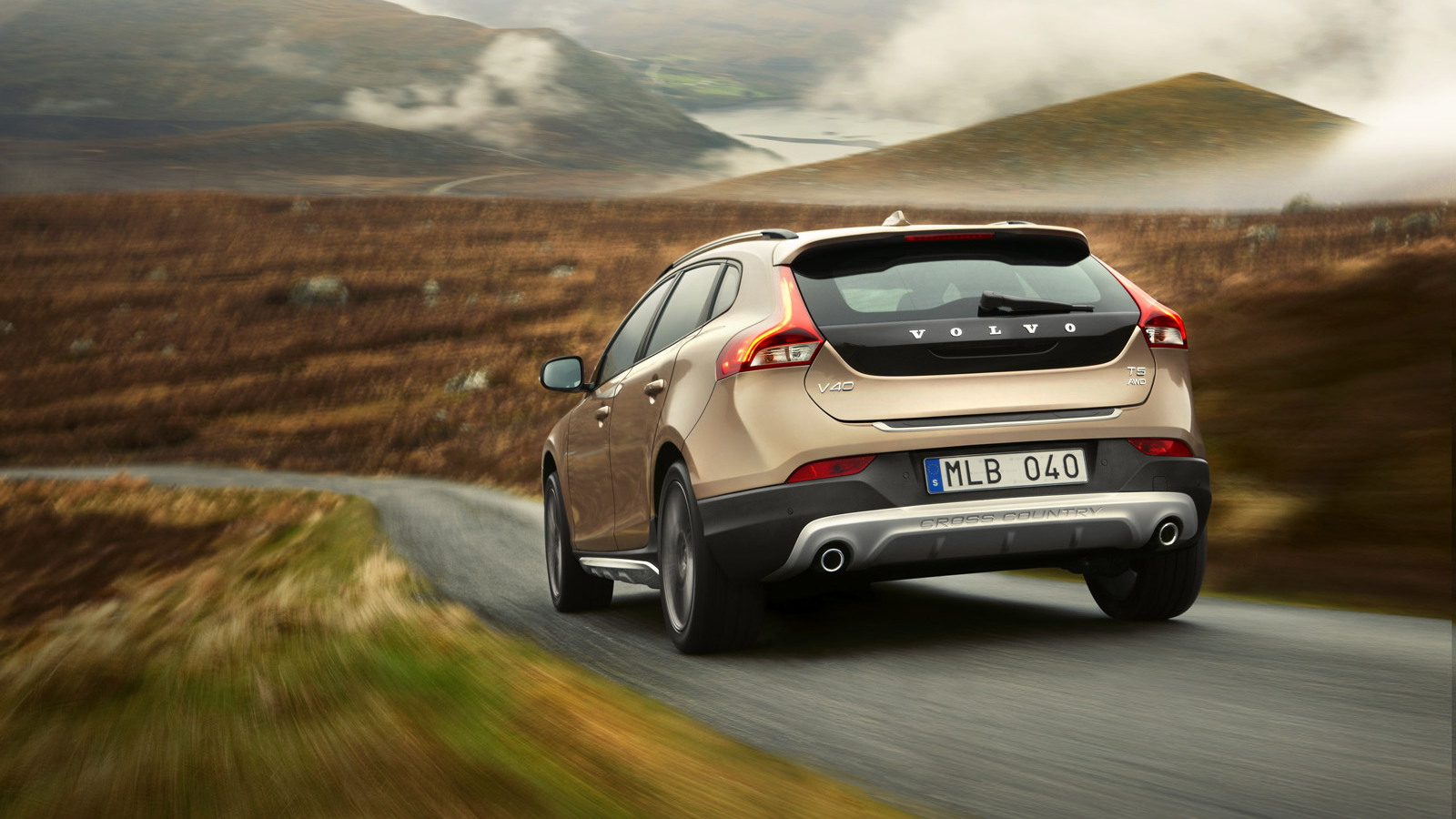 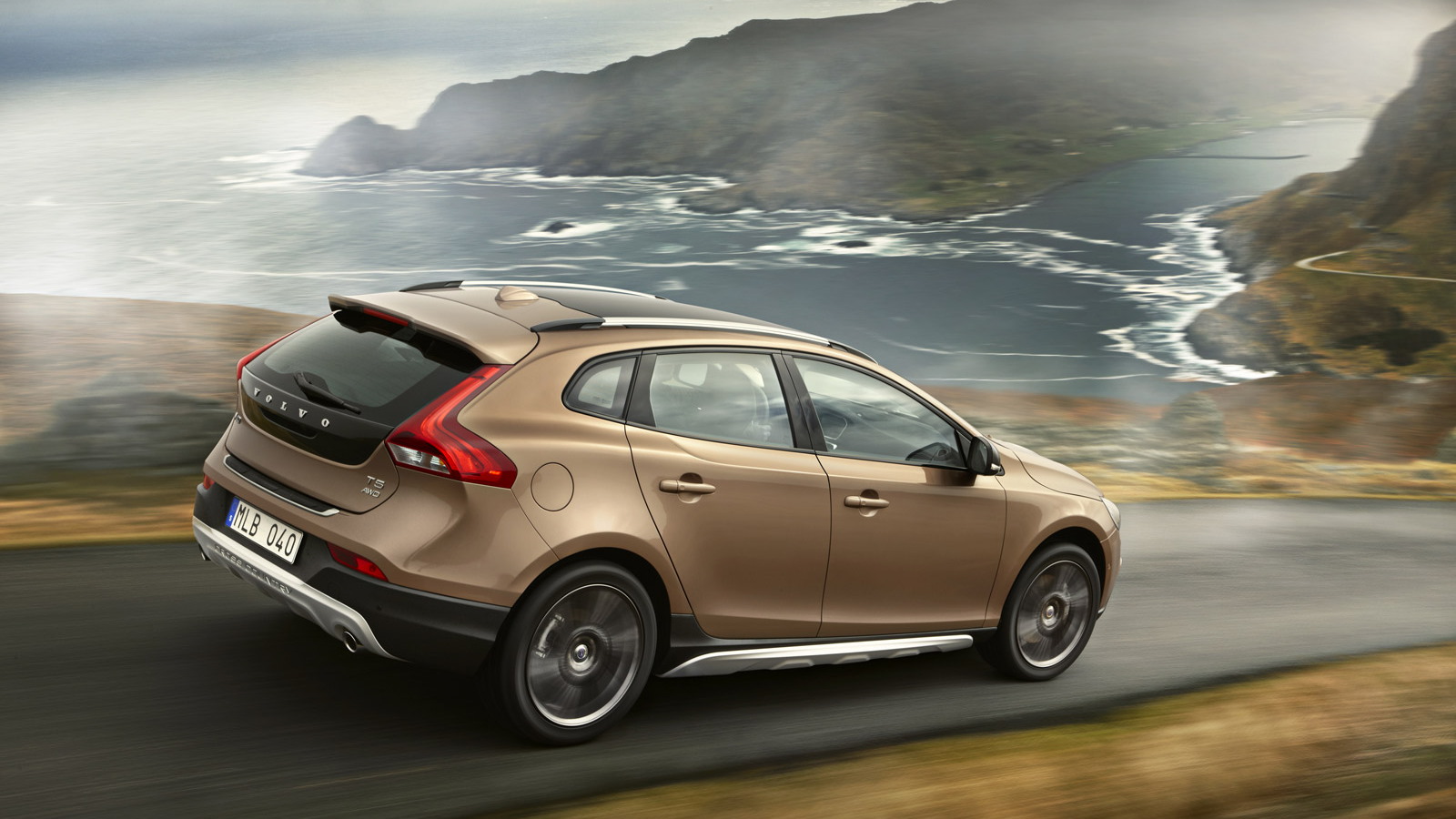 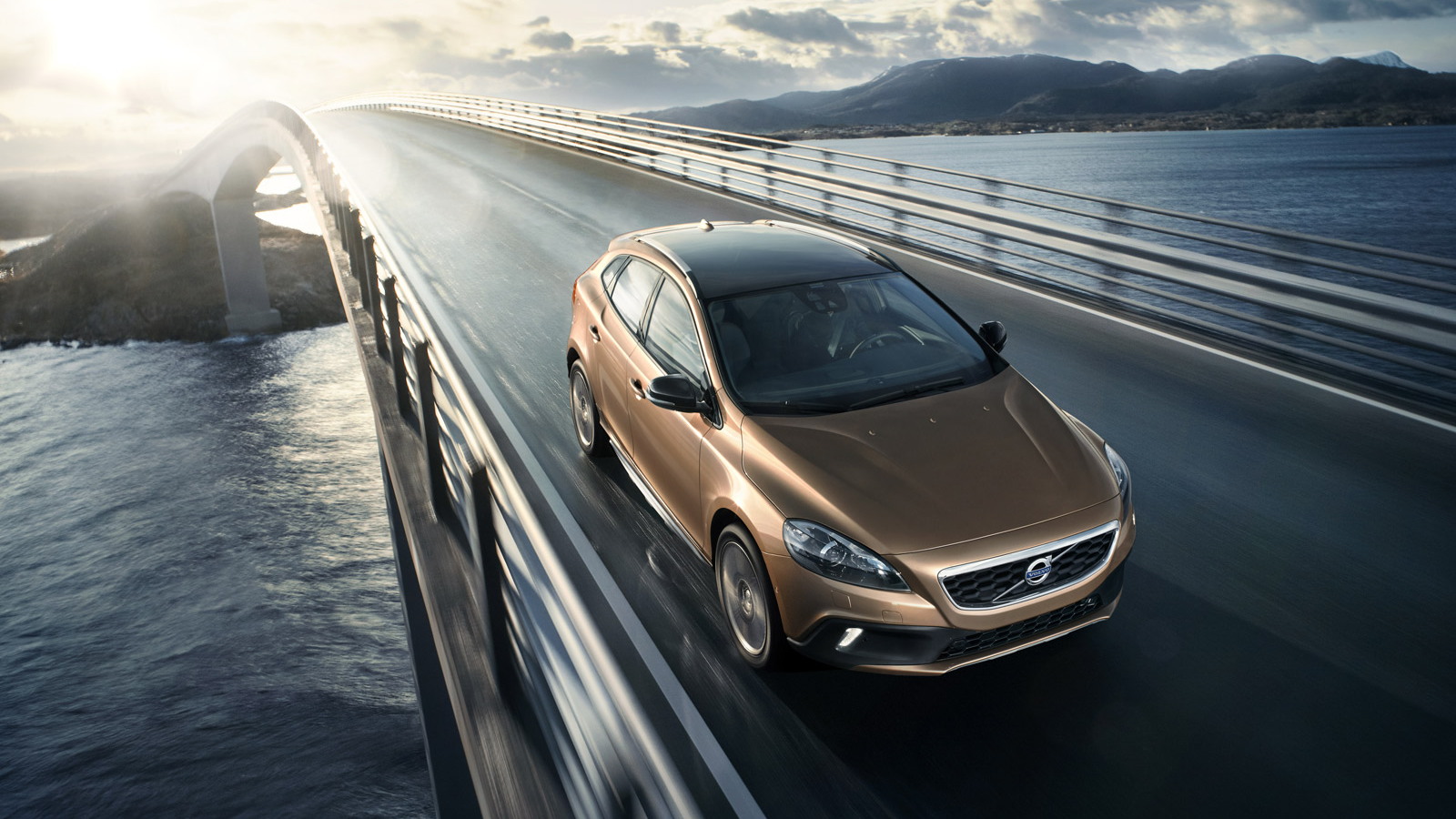 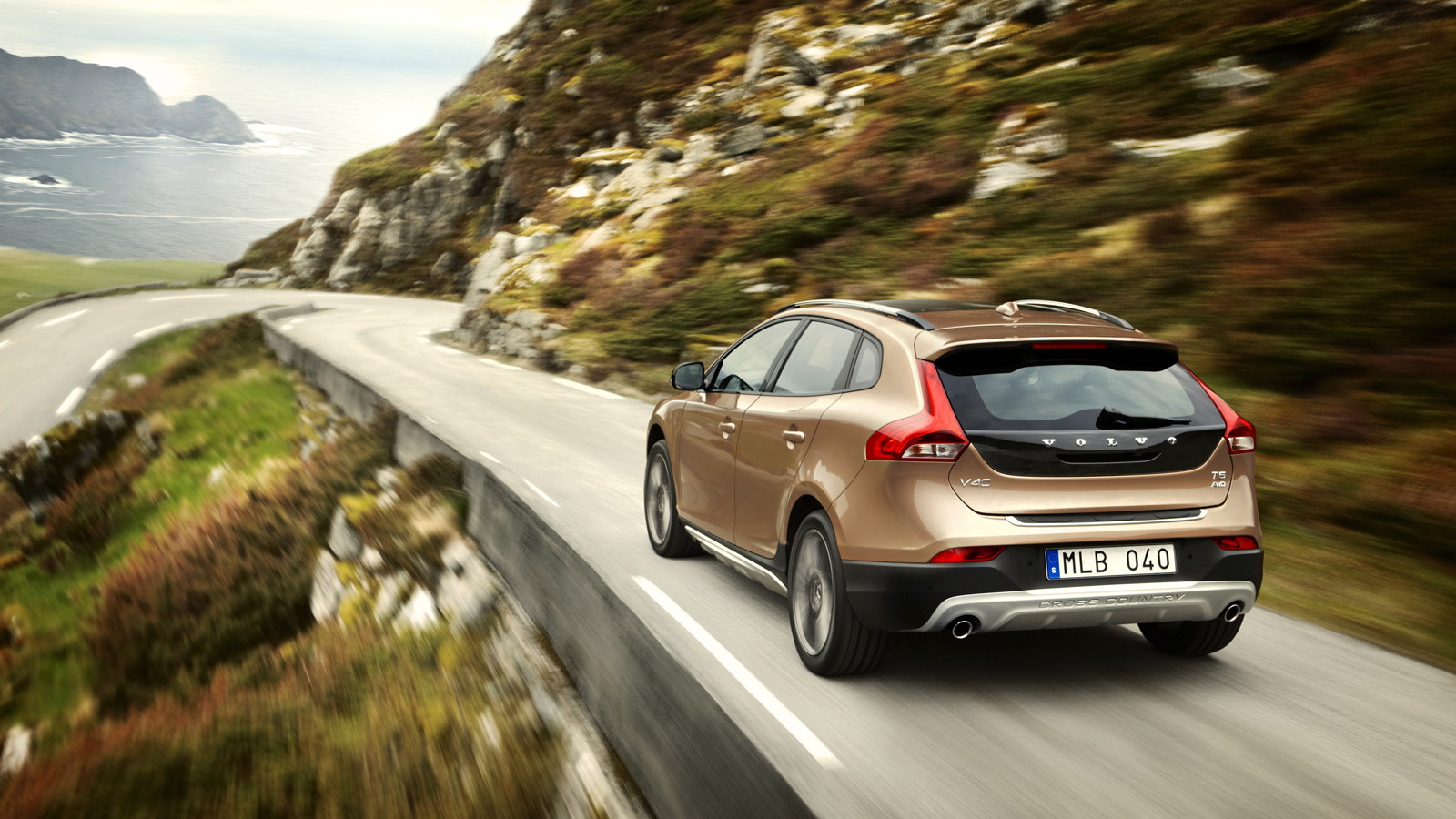 16
photos
Volvo has unveiled the crossover version of its stylish V40 hatch, which it is calling the V40 Cross Country. The latest addition to the automaker’s lineup will be on display next week at the 2012 Paris Auto Show where it will be starring alongside a new V40 R-Design model.

Designed for young urbanites who may head to the great outdoors occasionally, the V40 Cross Country builds on the solid foundation of the V40 hatch but adds more storage cubbies, higher ground clearance (the driver rides 40 millimeters higher, in fact), and plenty of protective cladding to protect the vehicle when going off-road.

The biggest difference, however, is available all-wheel drive.

You may be wondering why Volvo didn’t call this an XC40 like its utility siblings, the XC60 and XC90. Volvo explains that there is a clear distinction between the XC and Cross Country models. The XC models all have a distinct crossover character with unique body-styles including an elevated seating position, while the Cross Country models are much closer to the regular models on which they’re based.

Unique exterior elements of the new V40 Cross Country include a dark front bumper, honeycomb mesh grille and upright daytime running lights. The same dark pattern is used at the rear, which also benefits from an integrated skid plate.

Inside, owners will find premium touches such as contrasting stitching on leather seats, Volvo’s signature floating stack center console, 40/60 split-folding rear seats, and new storage cubbies in the floor.  Below the armrest is a storage compartment suitable for CDs and other small items. It also features a connector for either USB/iPod or AUX, depending on the audio system specified. 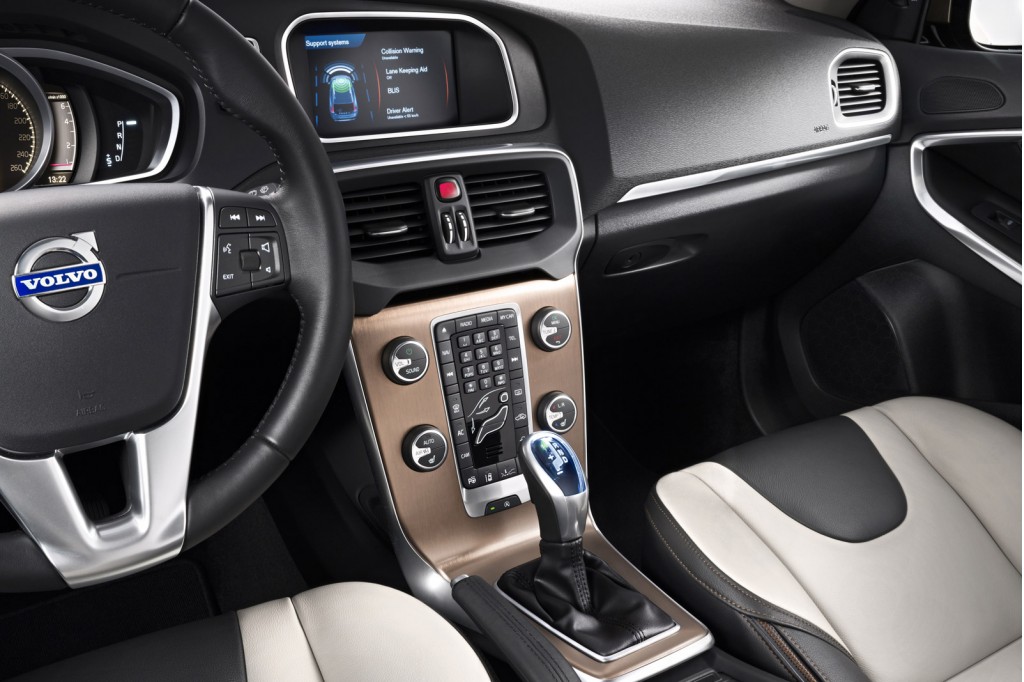 Like the V40 hatch, the V40 Cross Country’s engine range spans everything from compact diesels to a high-performance turbocharged T5 five-cylinder engine rated at 254 horsepower. When matched to the available all-wheel drive system, the T5-equipped V40 Cross Country will accelerate from 0-60 mph in just 6.1 seconds. Either a six-speed manual or six-speed PowerShift automatic can be ordered.