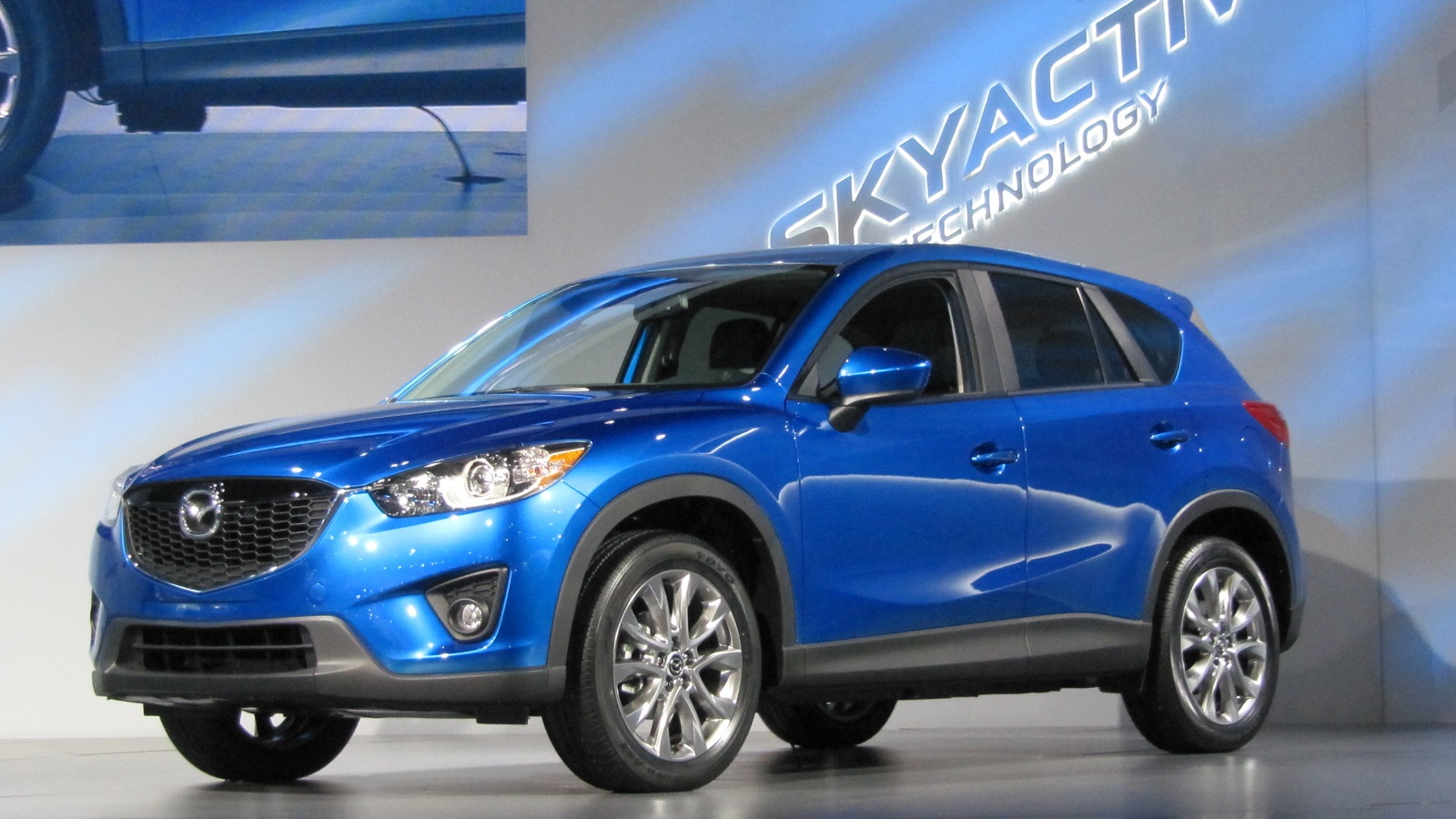 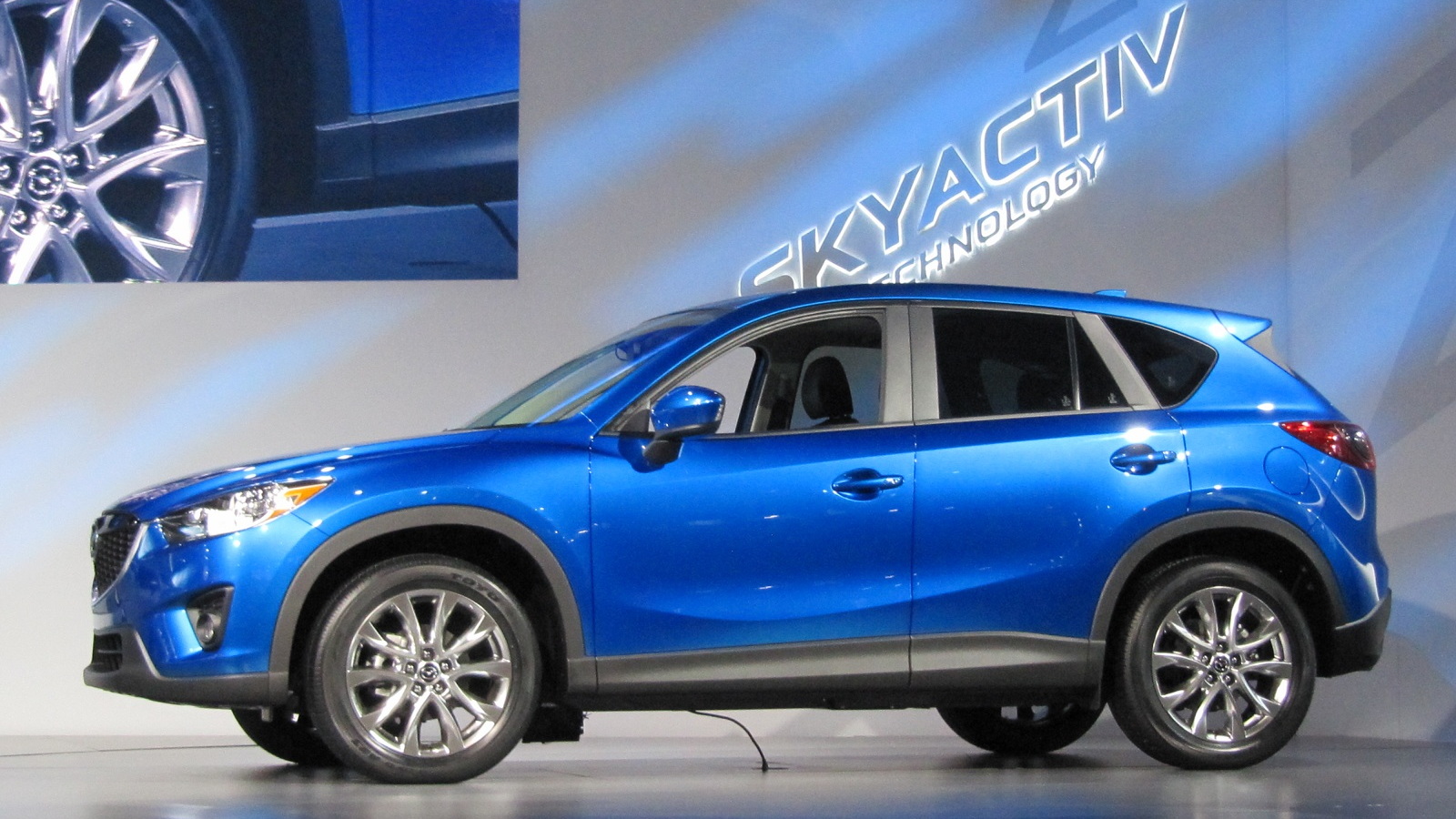 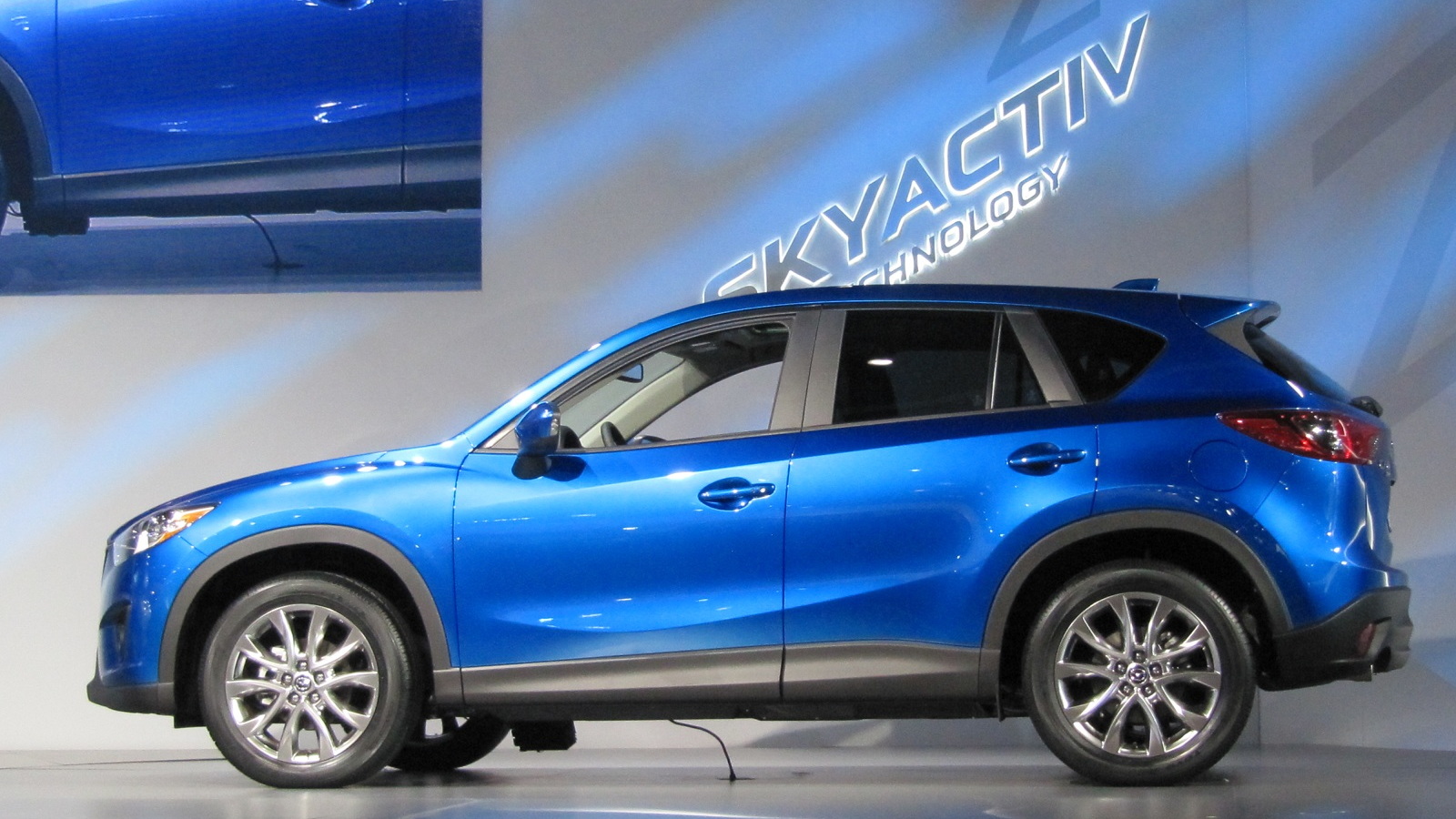 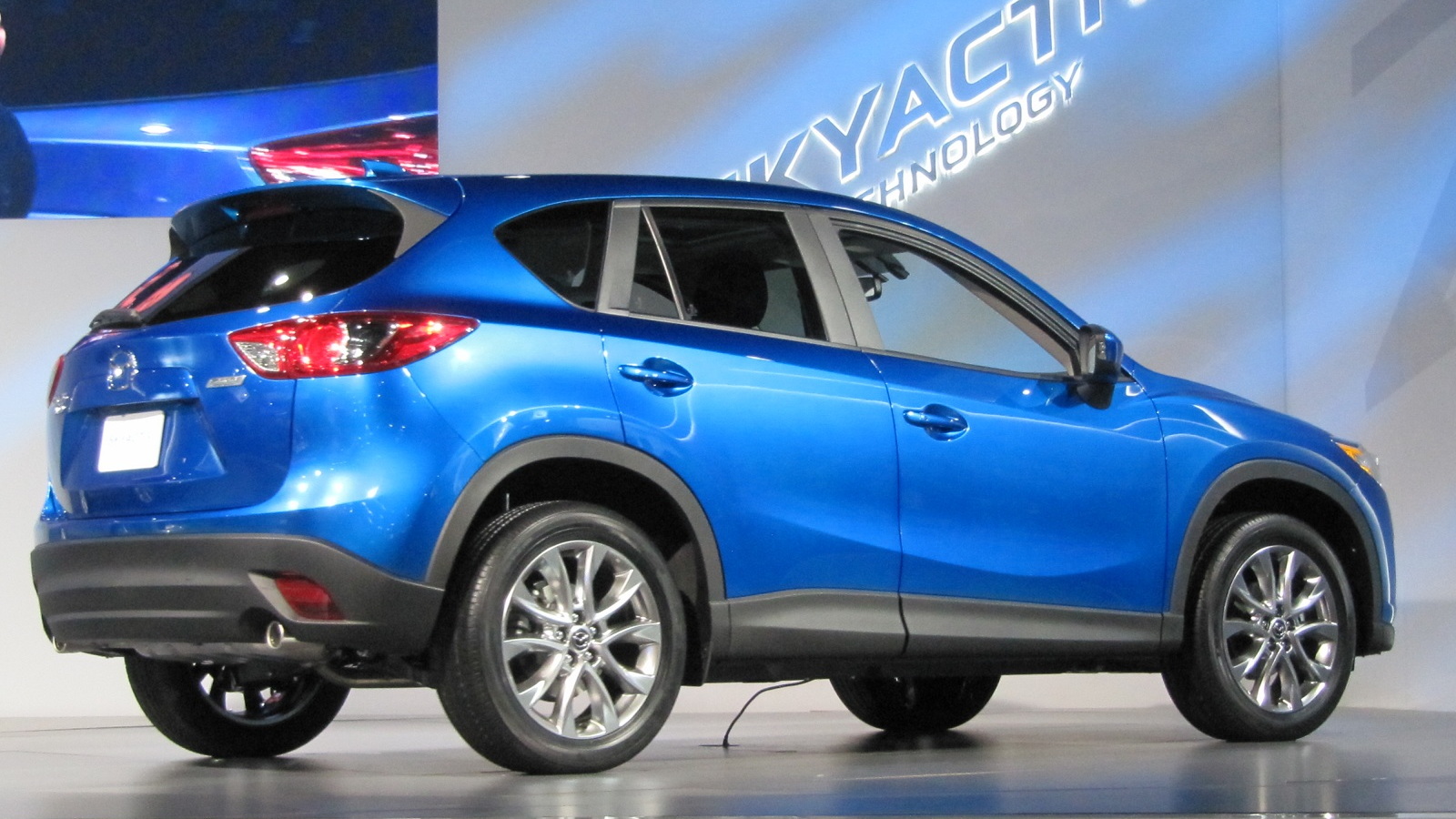 Mazda’s long-awaited replacement for its Tribute SUV (a badge-engineered Ford Escape) is here, and it looks like Mazda will have the baby crossover it needs to successfully compete against the all new 2013 Ford Escape in this key segment.

Stylish exterior aside, the new 2013 Mazda CX-5 promises to deliver 155 horsepower and 150 pound-feet of torque from its 2.0-liter SkyActiv-G engine, while returning up to 33 mpg in highway fuel economy.

gets this impressive number by “adding lightness,” to quote Colin Chapman. Opt for a front drive CX-5 with a six-speed manual, and it tips the scales at just over 3,200 pounds. Go for all-wheel-drive and the six-speed automatic, and the curb weight is still a nimble 3,426 pounds.

The high-pressure direct-fuel-injection 2.0-liter SkyActiv engine plays a big role in fuel economy, too,and Mazda has spent a significant amount of time and money developing a powerplant that is both fuel-efficient and rewarding to drive.

Expect inventory to hit Mazda dealers in early 2012, with trim levels to include Sport, Touring and Grand Touring. Pricing hasn’t been set, but the CX-5 will slot into Mazda’s lineup below the CX-7 crossover, which runs from about $22,000 to $32,000, depending upon trim level and options.