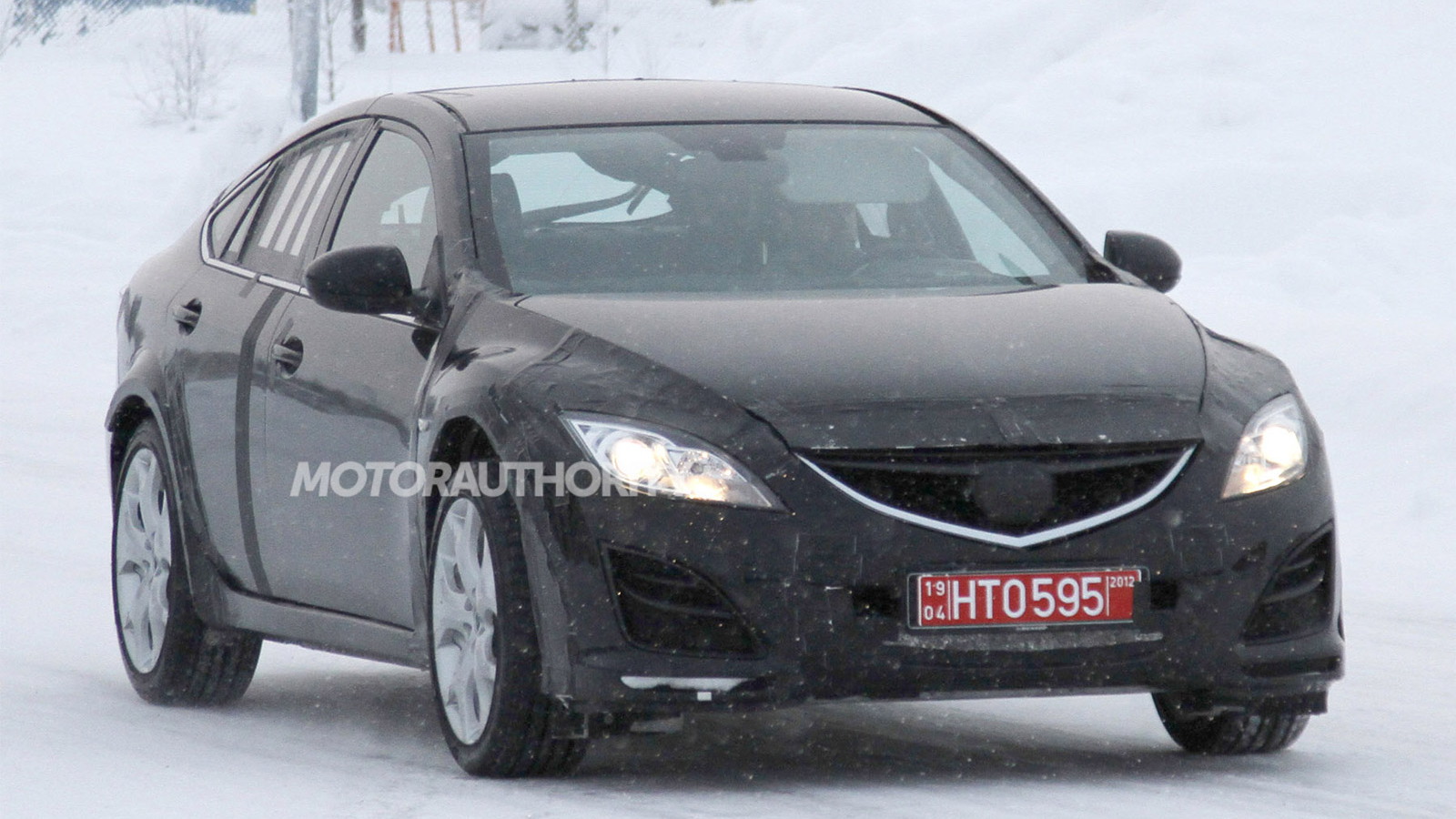 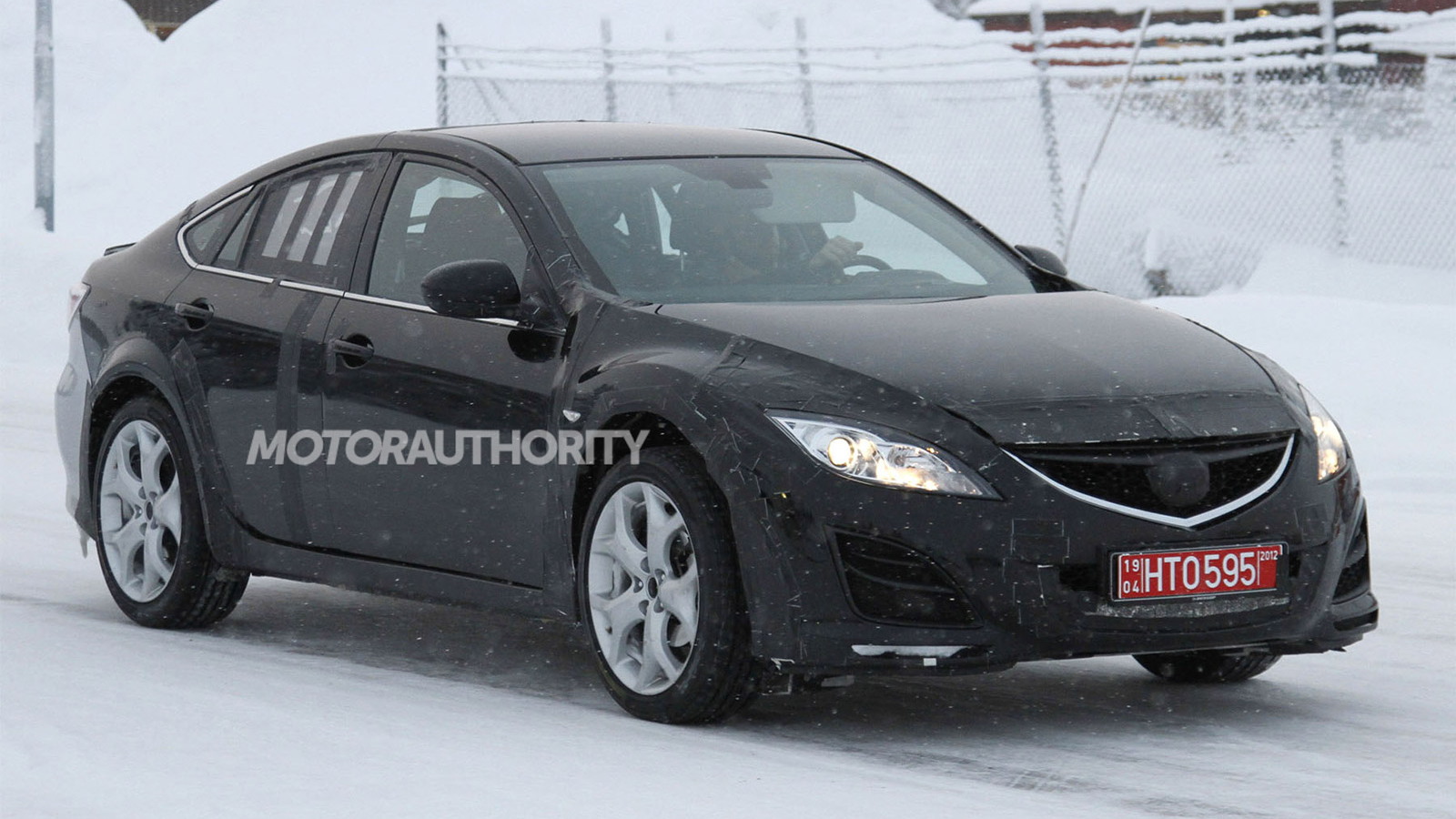 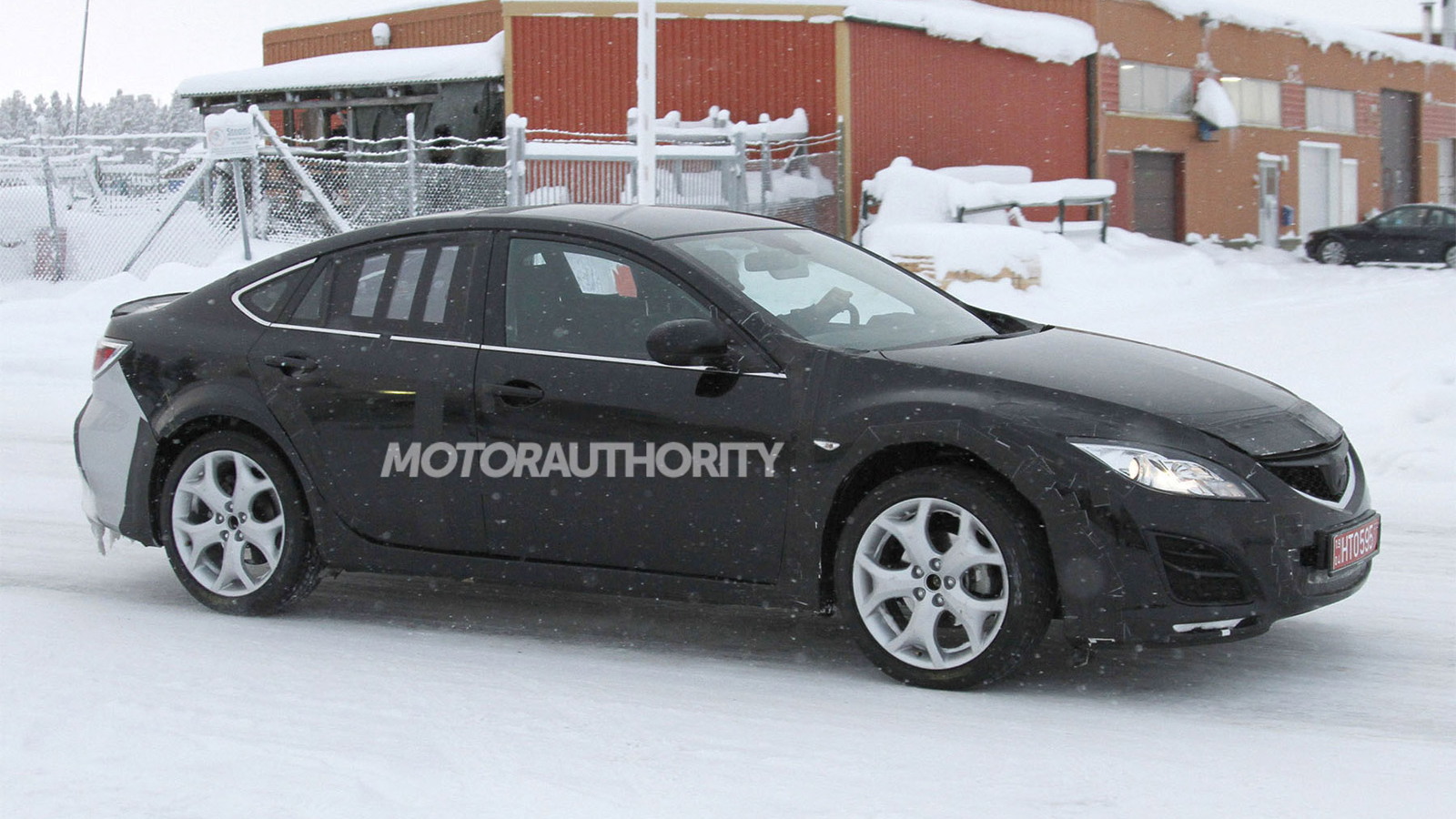 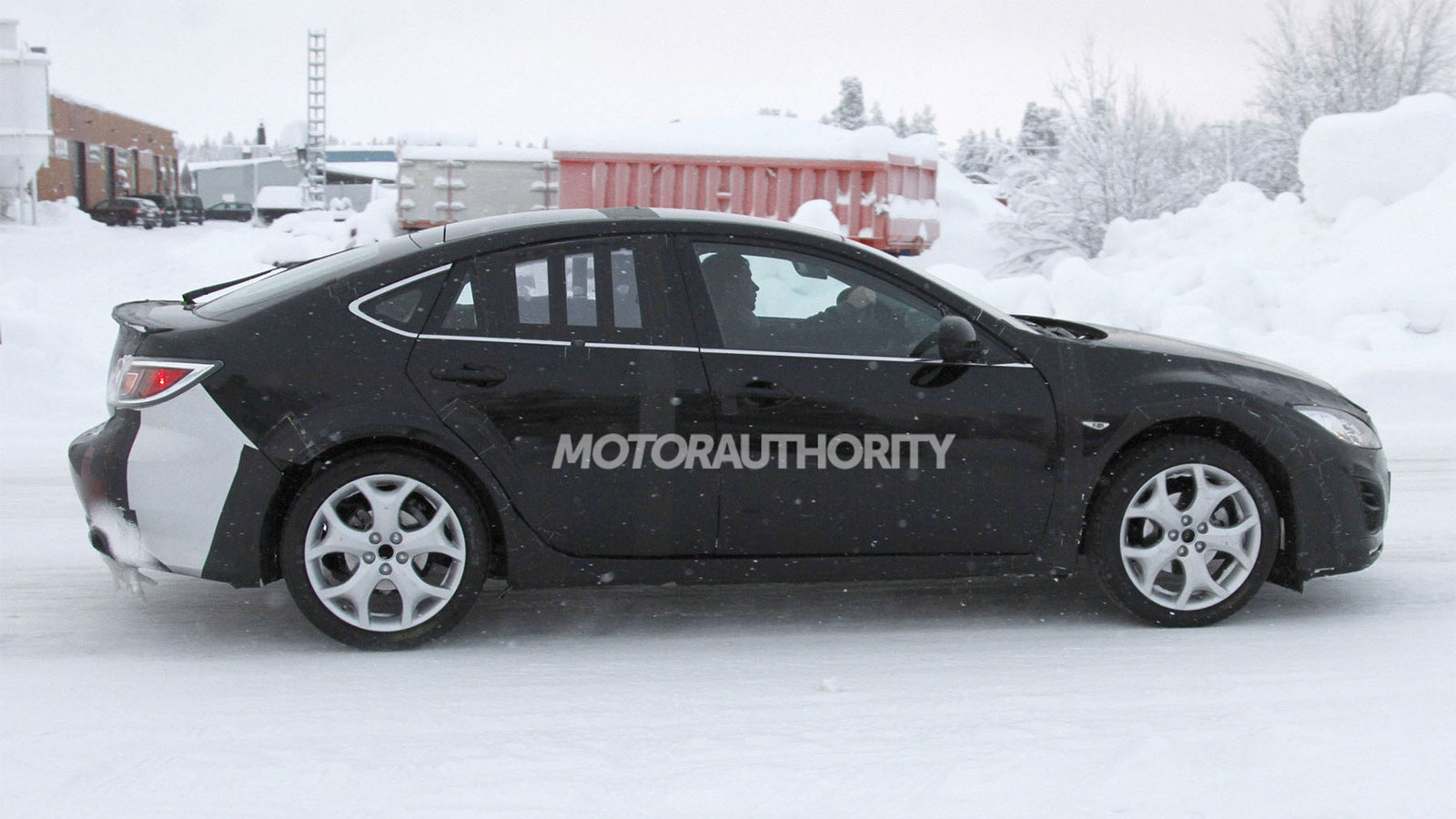 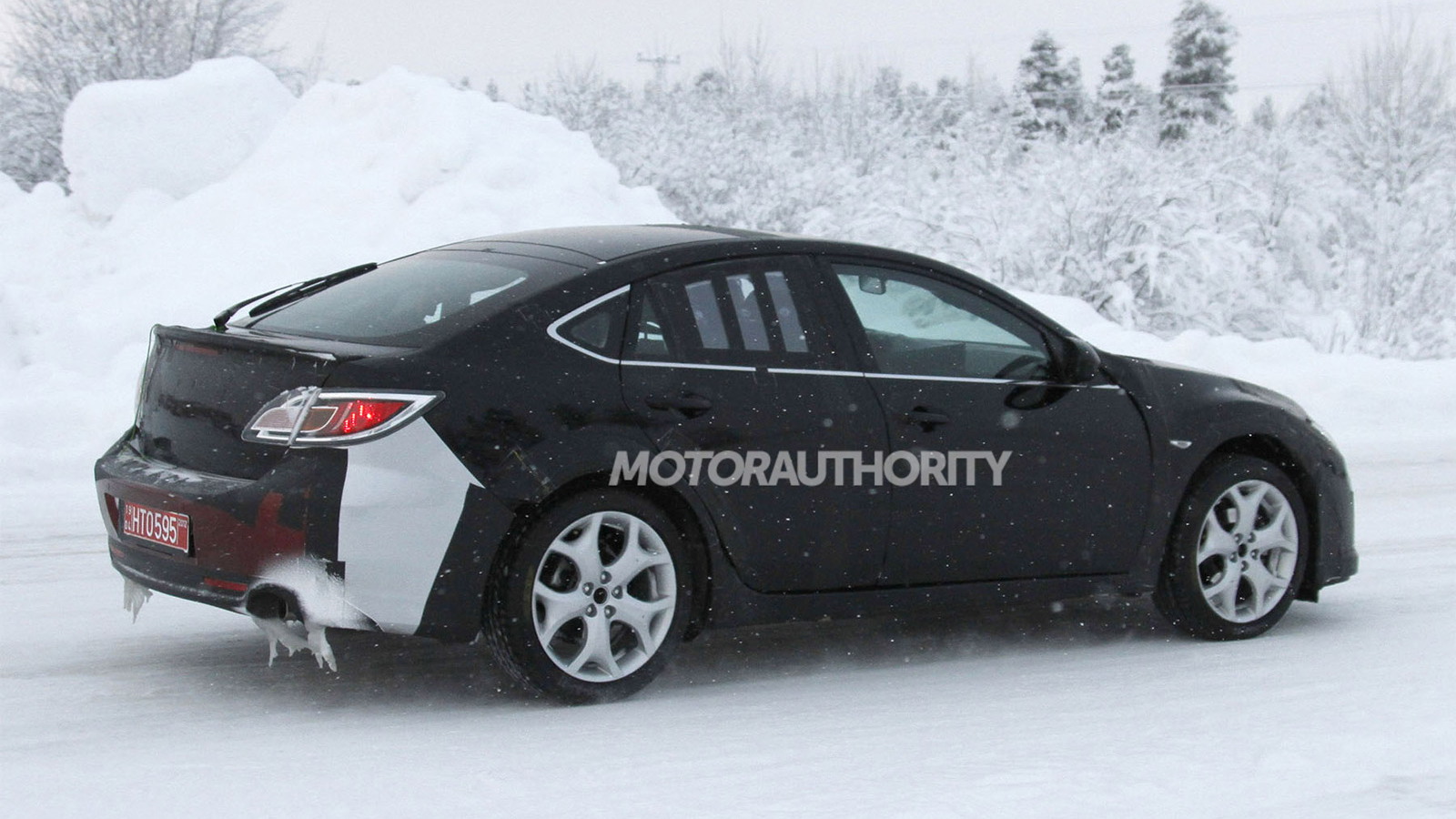 18
photos
A test-mule for the third generation Mazda6 has been spied testing in the frozen snowfields of Northern Europe, revealing some telling details about the new Mazda mid-size sedan headed to showrooms later this year as a 2013 model.

While the car seen here may resemble the current Mazda6, the lower nose section, modified wheelbase, and extended wheel flares confirm that this is no ordinary Mazda6.

Hidden underneath the crude shell is the 2013 Mazda6’s brand new platform.

This new platform is based on the one underpinning the 2013 CX-5 crossover and features a number of innovative design elements as well as full compatibility with the latest SKYACTIV range of green technologies.

One of these is the implementation of 1,800 megapascal (approximately 261,000 psi) ‘ultra-high tensile steel’ in its construction. The new steel is not only much stronger than regular steel, it’s also significantly lighter.

A 2.2-liter turbodiesel engine is also on the cards, though its arrival isn’t likely to be until a year after launch. Instead, expect to see a hybrid model powered by technology borrowed from Toyota at launch, as well as a turbocharged four-cylinder base model.

As for the styling, Mazda will be incorporating the stunning lines of its well-received Takeri Concept unveiled last year.

The 2013 Mazda6 is scheduled to be revealed this spring, most likely at April’s 2012 New York Auto Show before hitting showrooms towards the end of the year. Unlike the car it replaces, the new Mazda6 will be assembled at Mazda’s plant in Hofu, Japan.