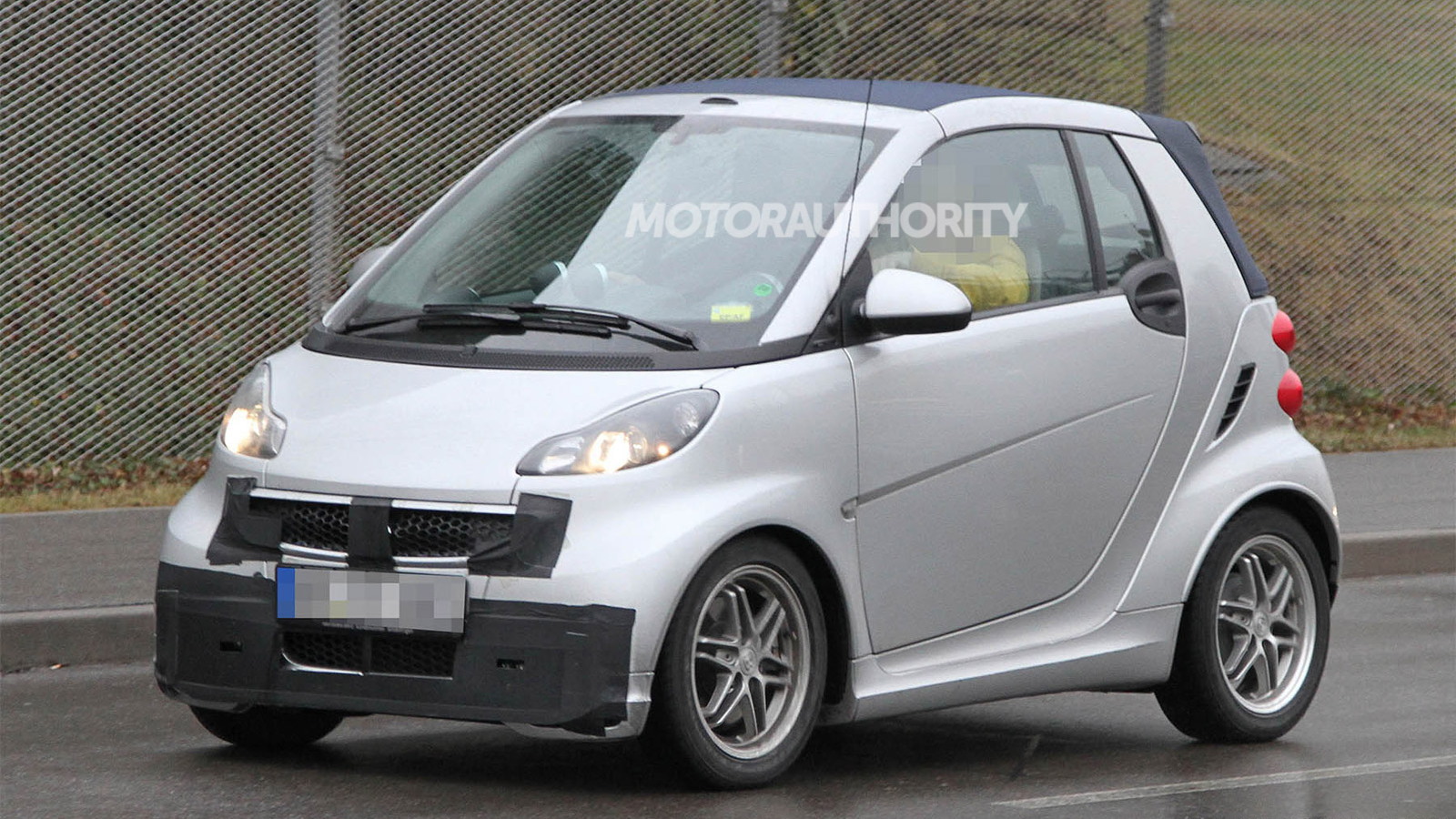 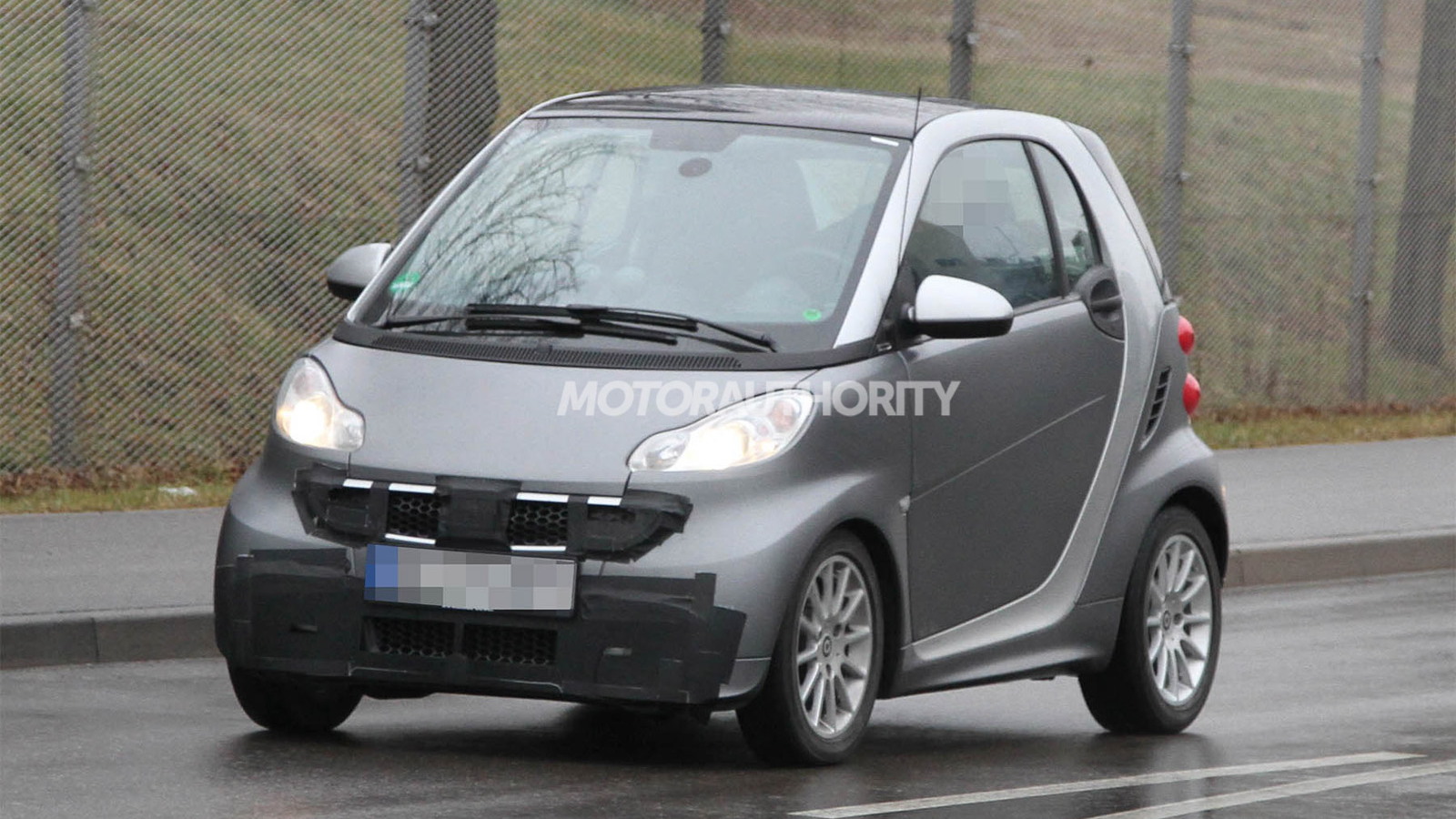 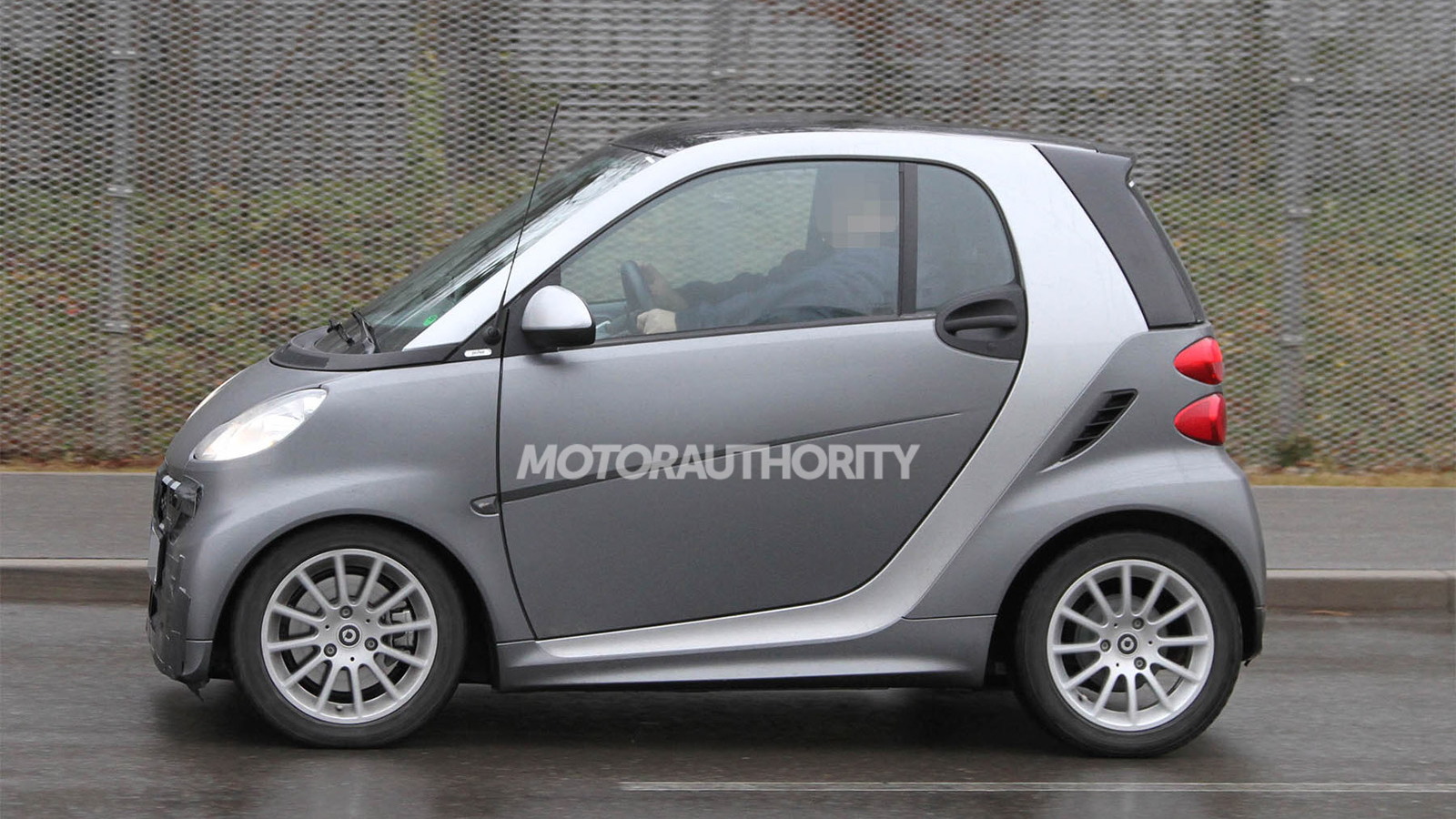 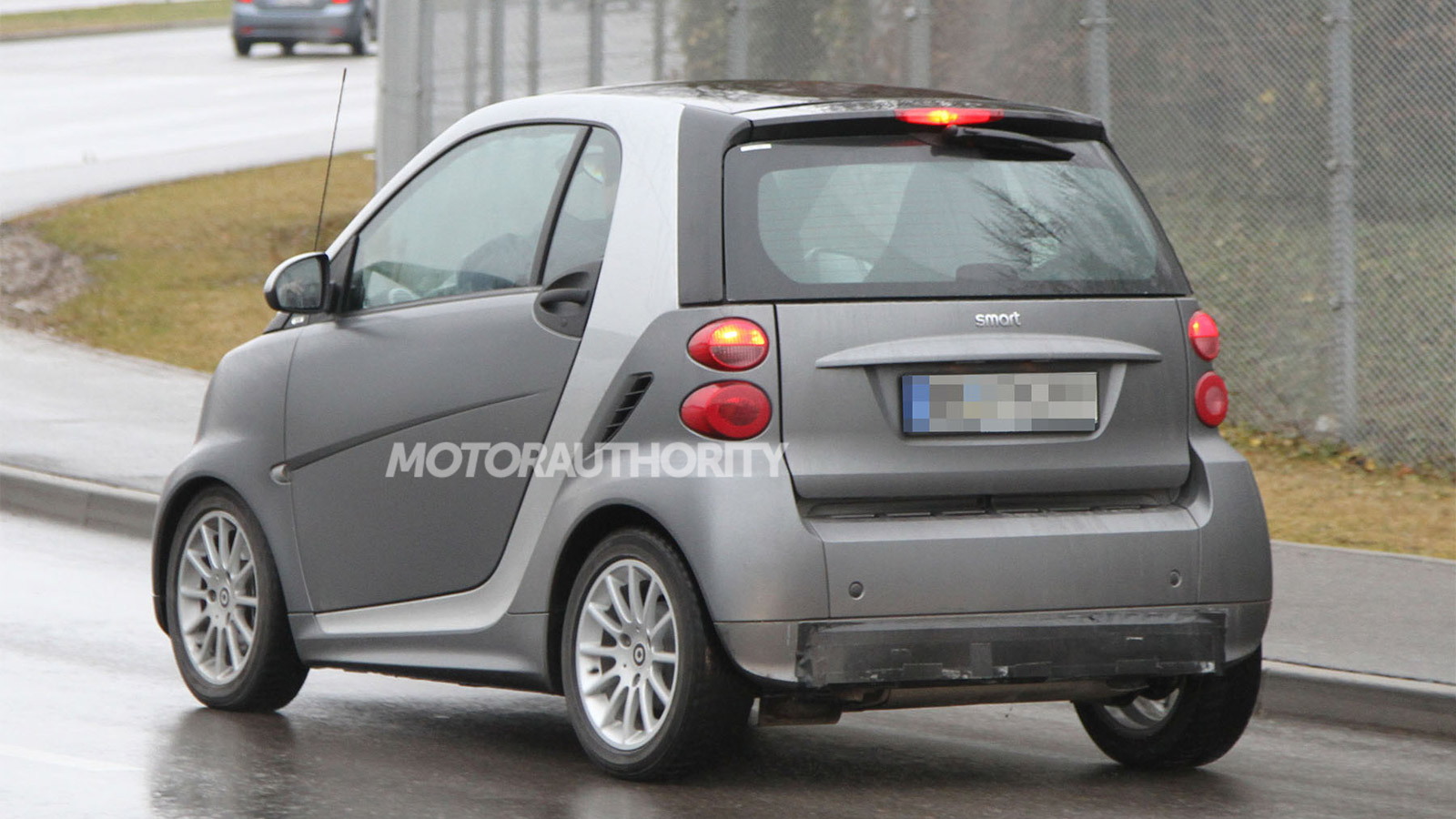 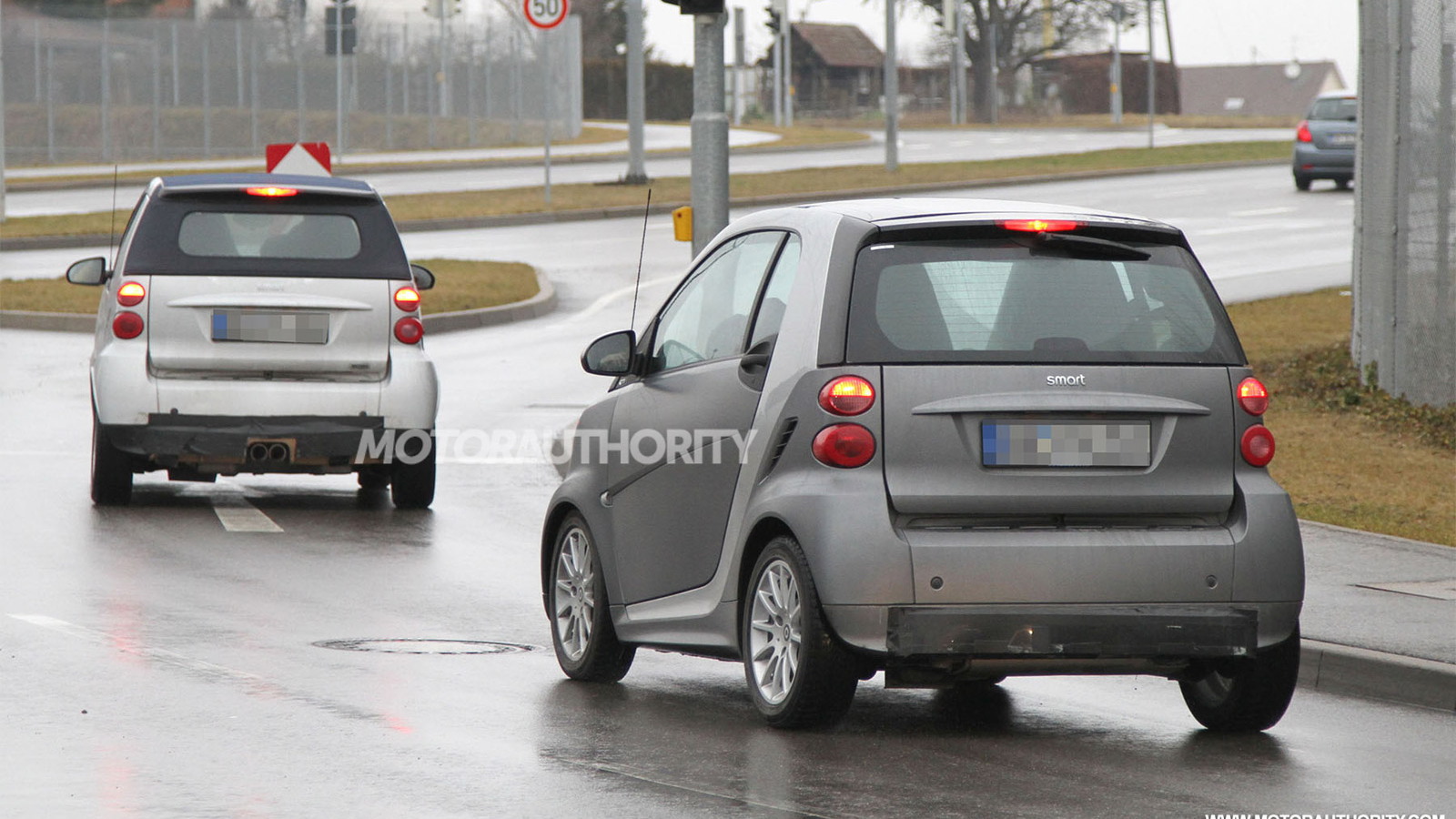 13
photos
The current Smart ForTwo, the second-generation of Mercedes’ quirky minicar, is starting to get a little long in the tooth, having been on the market for almost five years now.

With no successor planned for at least two more years, a facelift is scheduled to be introduced later this year and we now have more spy shots of a prototypes for this new version as well as its sporty Brabus edition (the white prototype).

Since its launch the second-generation Smart ForTwo has already received a minor facelift, gaining new LED detailing and an expanded color palette in 2010. The car has also spawned an all-electric version and of course has been offered in both coupe and convertible bodystyles.

The latest facelift will be the most significant since its launch. The spy shots reveal that the car’s design will be updated with new bumpers, a revised grille, and a shift of the Smart logo from the bonnet to the grille.

There’s no word yet of any drivetrain changes though expect most of the engines to be refined for reduced noise, harshness and vibration. Fuel economy gains are also possible.

Look out for a world debut at March’s 2012 Geneva Motor Show with first sales to start before the end of the year.

As for its successor, Mercedes is teaming up with French automaker Renault to develop the car. The styling of this third-generation Smart ForTwo will be influenced by last year’s ForVision Concept and it will share its platform with the next-generation Renault Twingo.