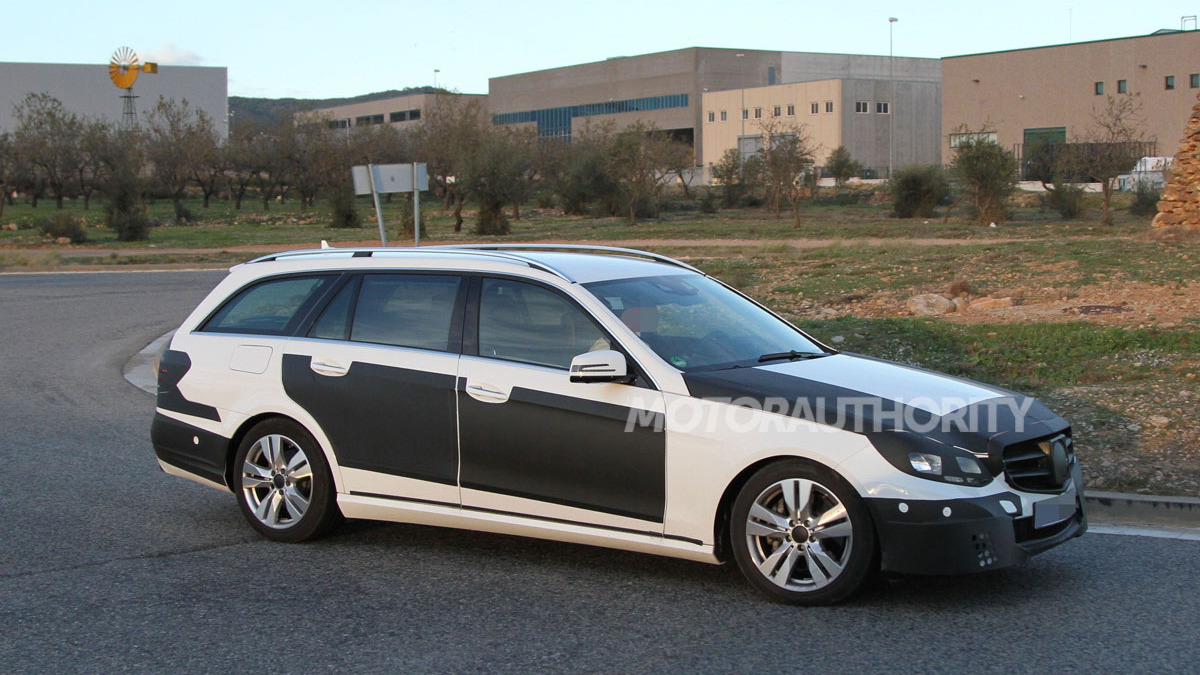 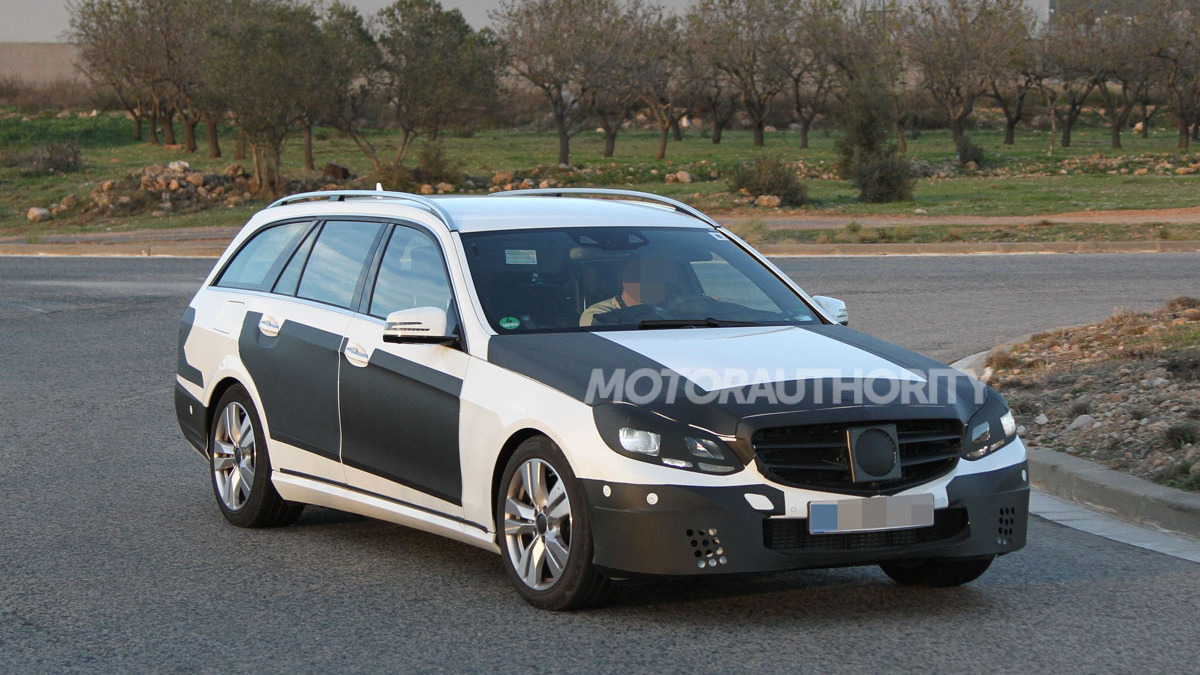 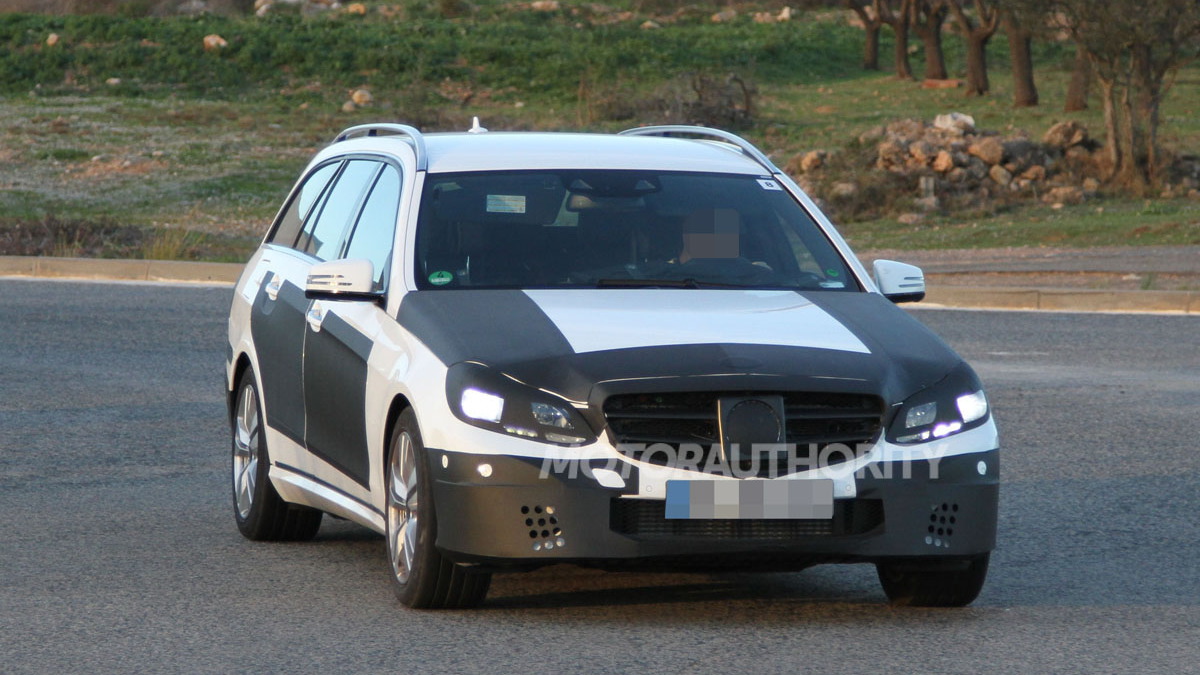 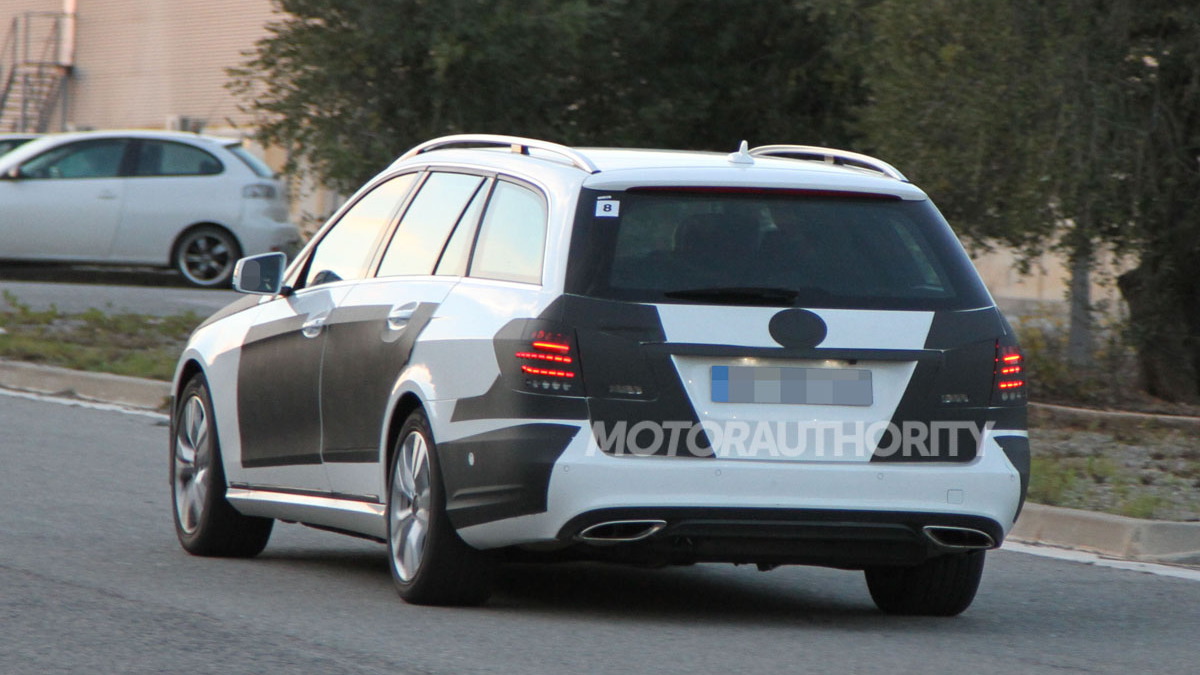 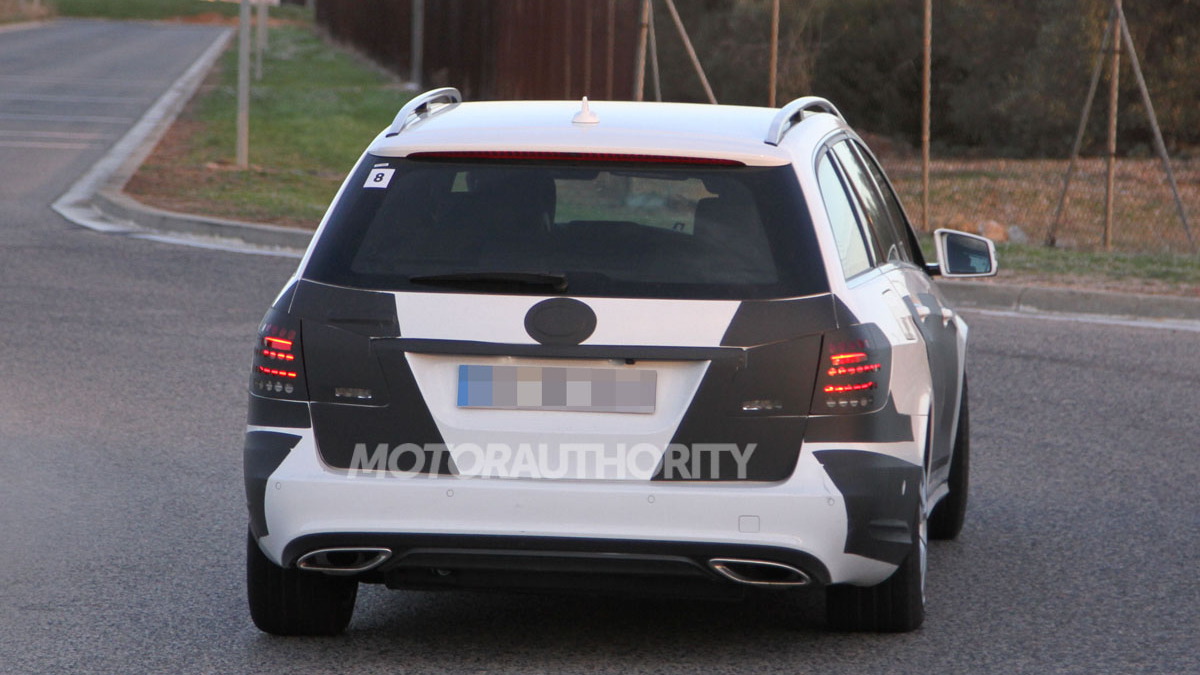 32
photos
UPDATE: The 2014 Mercedes-Benz E Class has been revealed. Click here for all the details.

Headlining the visual changes is a heavily revised front end, with what appears to be a new hood, grille, single-unit headlight design, and smile-like lower air dam. While the changes are heavily masked, we can see that Mercedes is taking away some of the sharp angles and edges in favor of a smoother, more rounded look.

At the rear, the revisions are less noticeable, with slight tweaks to the tail lights and a new exhaust pipe design being the only changes on the car spied. The rest of the car appears to be the same as the current E Class Wagon.

It's what's going on under the skin that will constitute the major part of the mid-cycle update, however: Mercedes' new 4.6-liter V-8 is expected for the E550, rated at about 435 horsepower. The E350 will continue with its 3.5-liter V-6, but with a 30-plus horsepower increase to about 333 horsepower.

The E63 AMG's 5.5-liter V-8 is expected to remain unchanged, as should the powerplant in the recently introduced E400 Hybrid, though the E63 AMG may go all-wheel-drive-only for 2014 and beyond.

Inside, new and improved technology is expected, as well as a more premium look and feel. An upgraded night vision system will be able to sense animals crossing the road; an intelligent lane-assist system will warn of encroaching cars; improved dynamic dampers will use stereo cameras to map the road condition; and a multi-directional LED lighting system will help increase brightness without blinding oncoming drivers.

New to the car could be a partially-autonomous "congestion assistant," which lets you follow another car at speeds of up to 40 mph, helping to manage braking and acceleration in dense traffic.

Due in the first half of next year as a 2014 model, the revised E Class will aim to better take the fight to the BMW 5-Series and Audi A6, plus the new challenger in the field, the Cadillac XTS. While you wait for its arrival, click here to view spy shots of the facelifted 2014 E Class Coupe, and here for spy shots of the 2014 E63 AMG sedan.