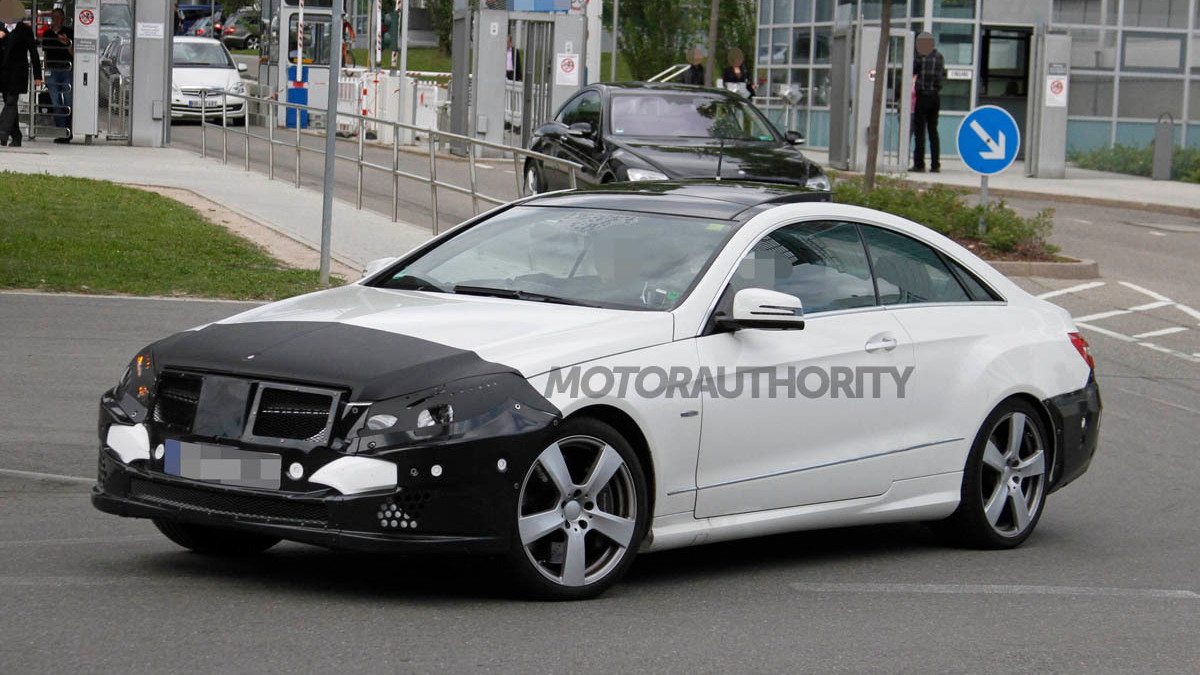 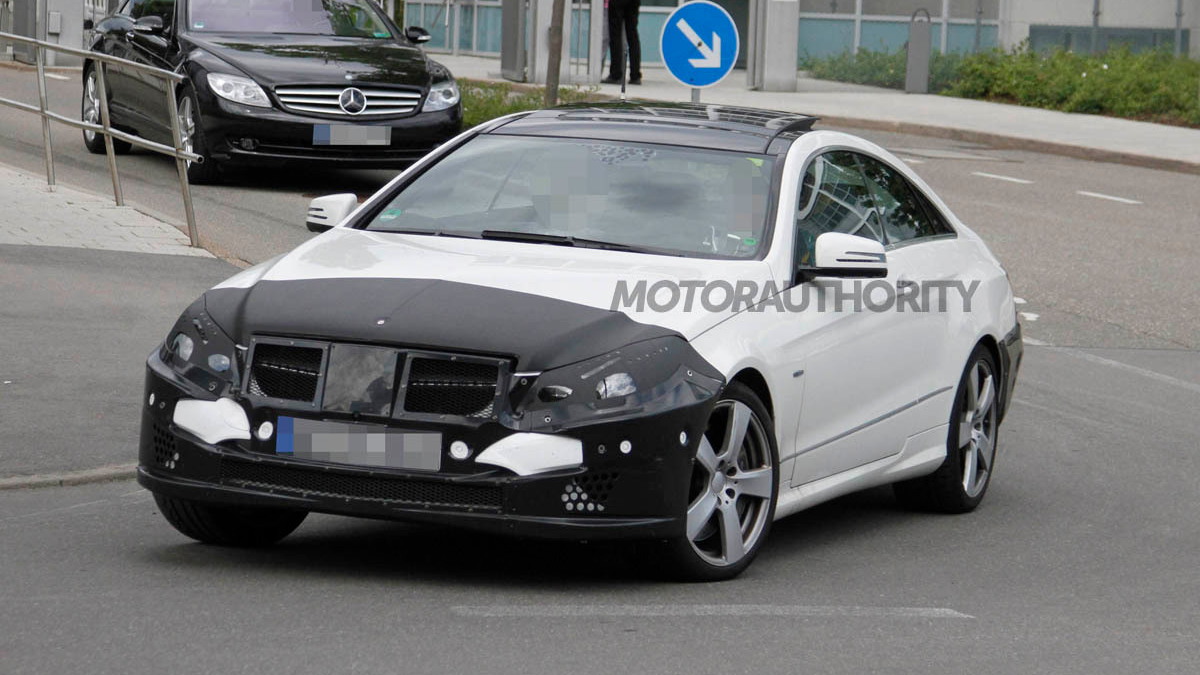 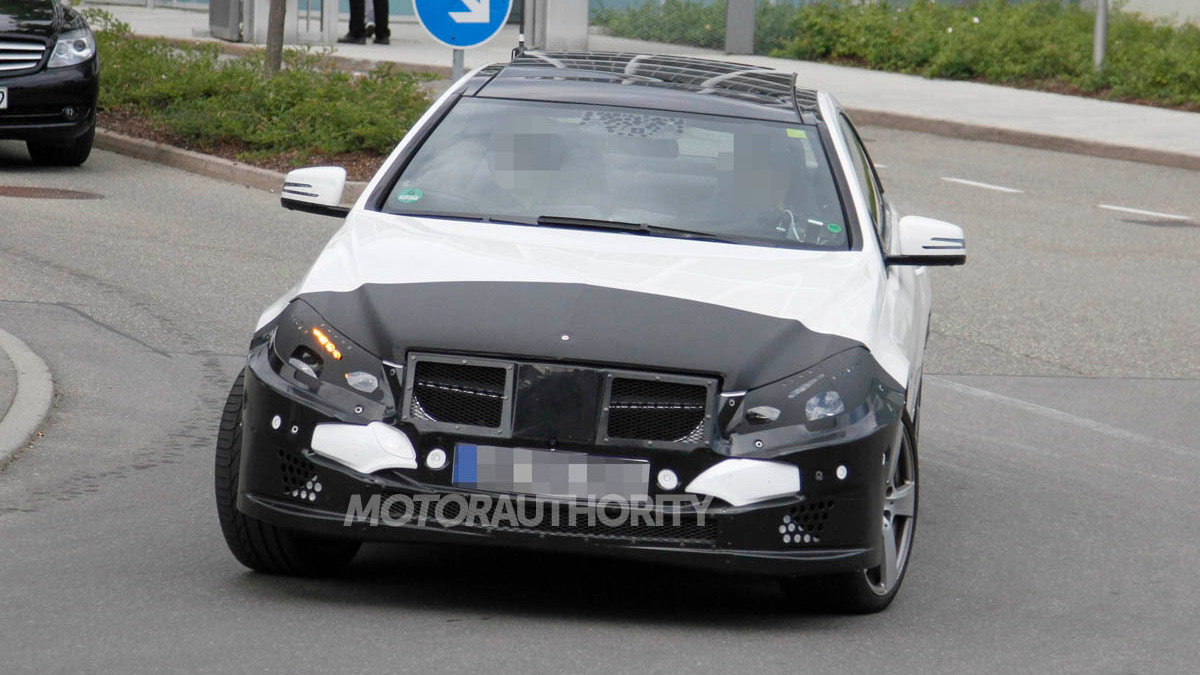 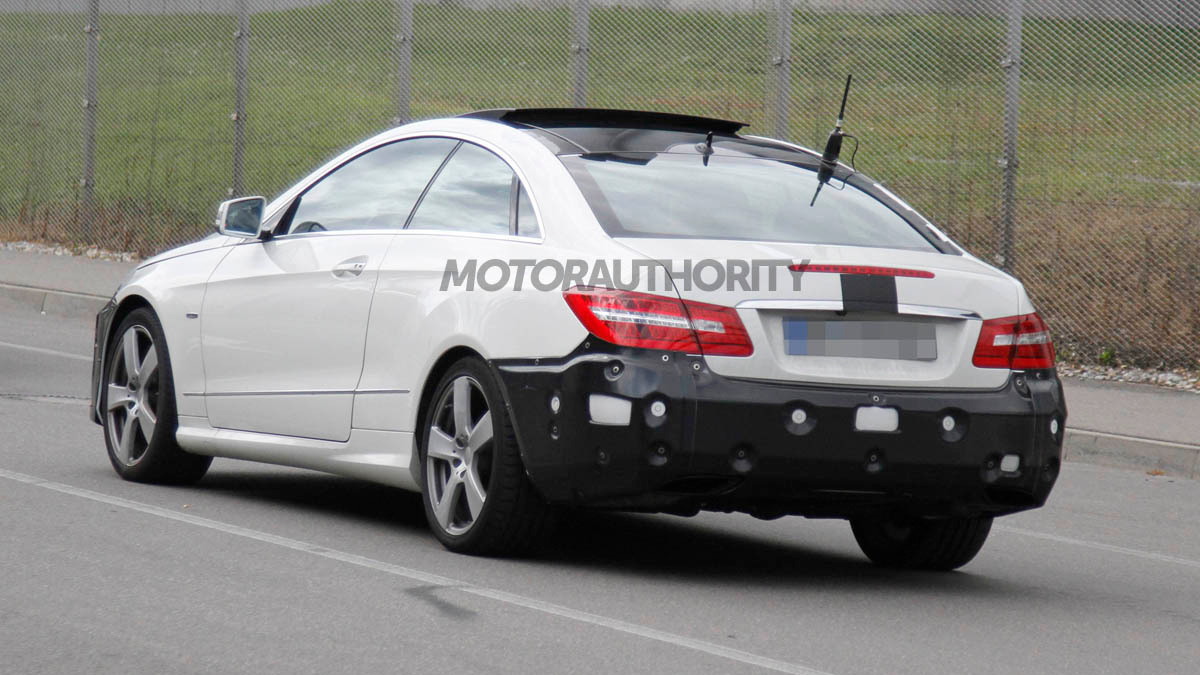 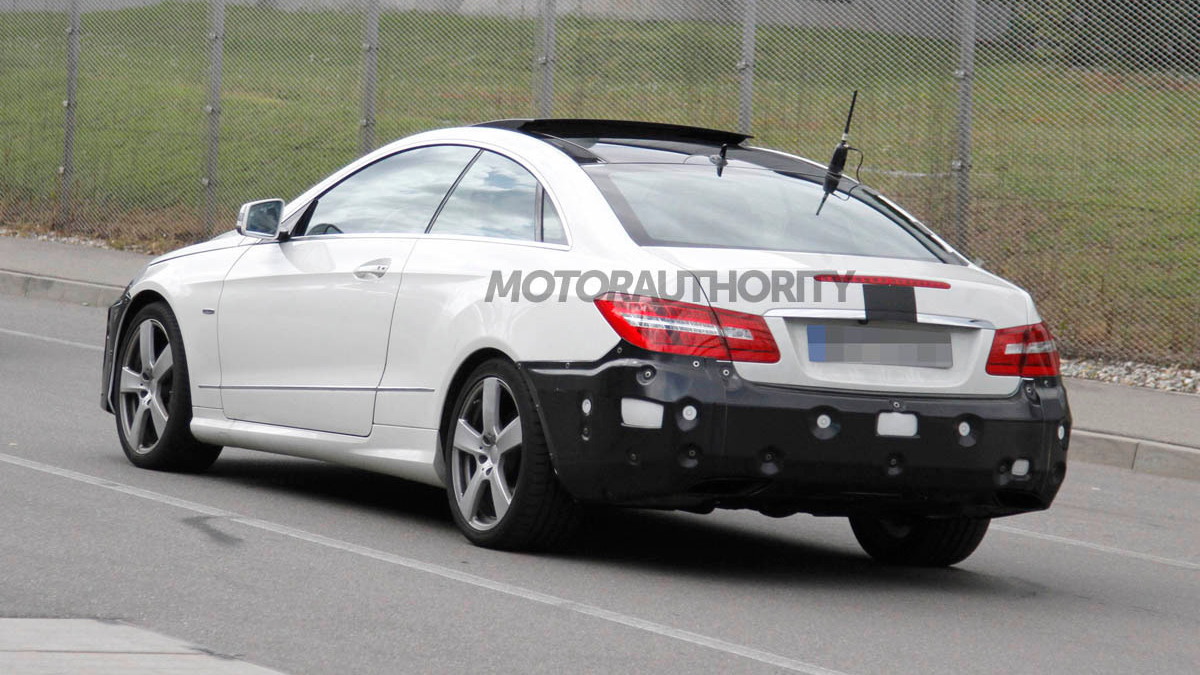 In about a year's time, the Mercedes-Benz E Class range is expected to get a thorough refresh, four years into its current-generation life cycle. The latest of the cars to join the spy shot parade previewing this change is the 2014 E Class Coupe.

Like the 2014 E Class Wagon, the Coupe's updates appear to focus on the front end, featuring a new grille with perhaps just a single large crossbar, and a single-unit headlight layout, all framed by a new, larger lower air inlet. Beyond these major features, it's difficult to make out details beneath the heavy camouflage.

The rear bumper also looks to be getting updates, but the thick cladding obscures any detail. The remainder of the car, including the tail lights, trunk, doors, and side skirts, appear to remain unchanged.

Other changes that may--or may not--be coming within the next year for the E Class include possible introduction of a more entry-targeted E300, sporting the familiar 3.5-liter V-6 engine, but de-tuned slightly to about 248 horsepower and 251 pound-feet of torque. It's not yet clear if Mercedes will reserve this lower-tier E300 for the Sedan, or if the Coupe will also get a variant.

The E350 Coupe's powertrain isn't expected to see any major updates, though an increase in power may be in order. The E550 Coupe will carry forward its current 4.6-liter twin-turbo V-8 engine, though again, a small increase in power could be on tap.

The most noticeable change from behind the wheel for the 2014-model-year refresh is likely to be in the technology: an upgraded night-vision system, intelligent lane-assist, multi-directional LED lighting, and improved dynamic dampers will improve safety and handling.

We'll keep you posted with any new details and features that emerge as the 2014 E Class draws nearer to retail sale, which we expect to start in the first half of next year after a late-2012 or early-2013 debut.