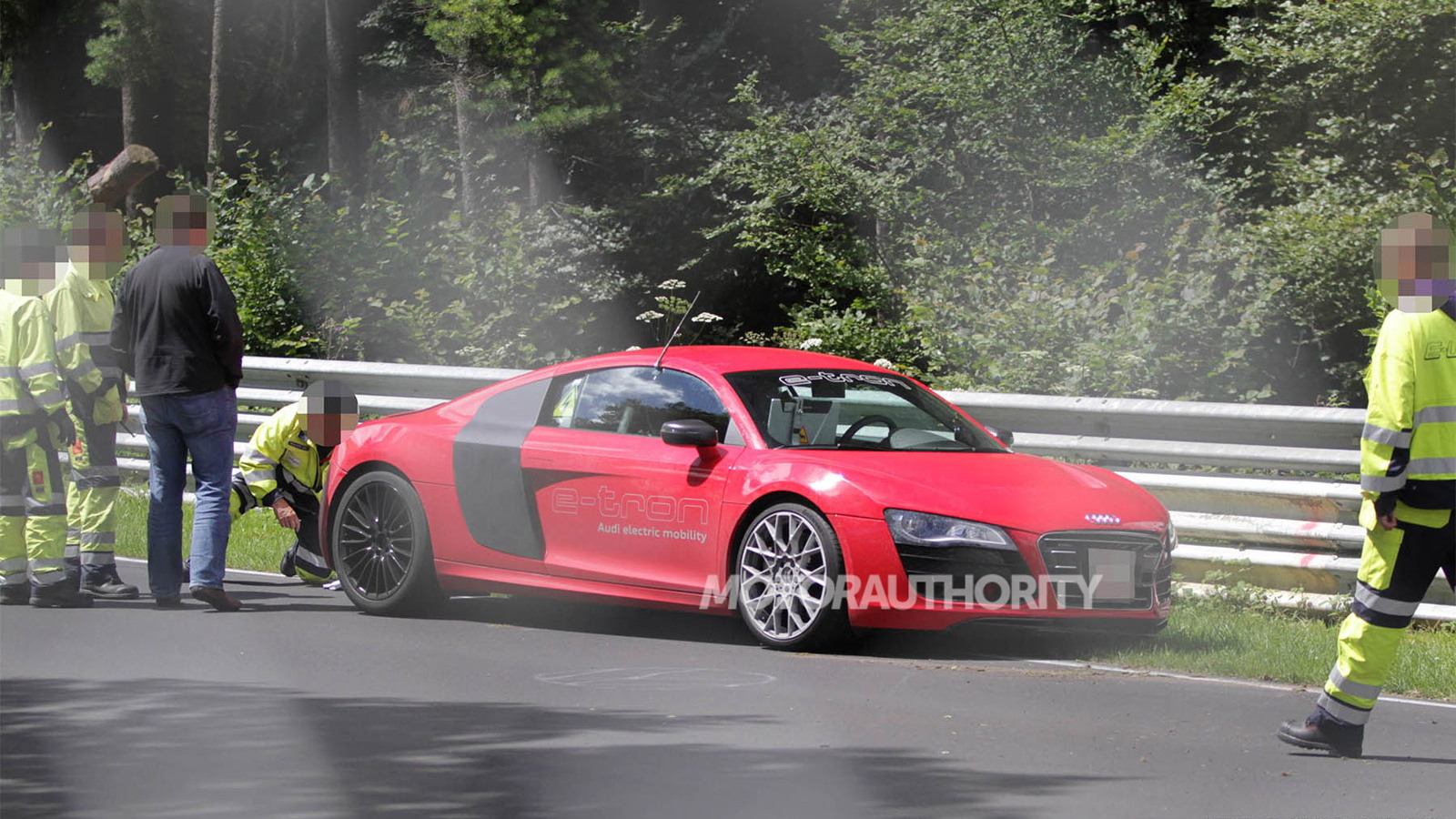 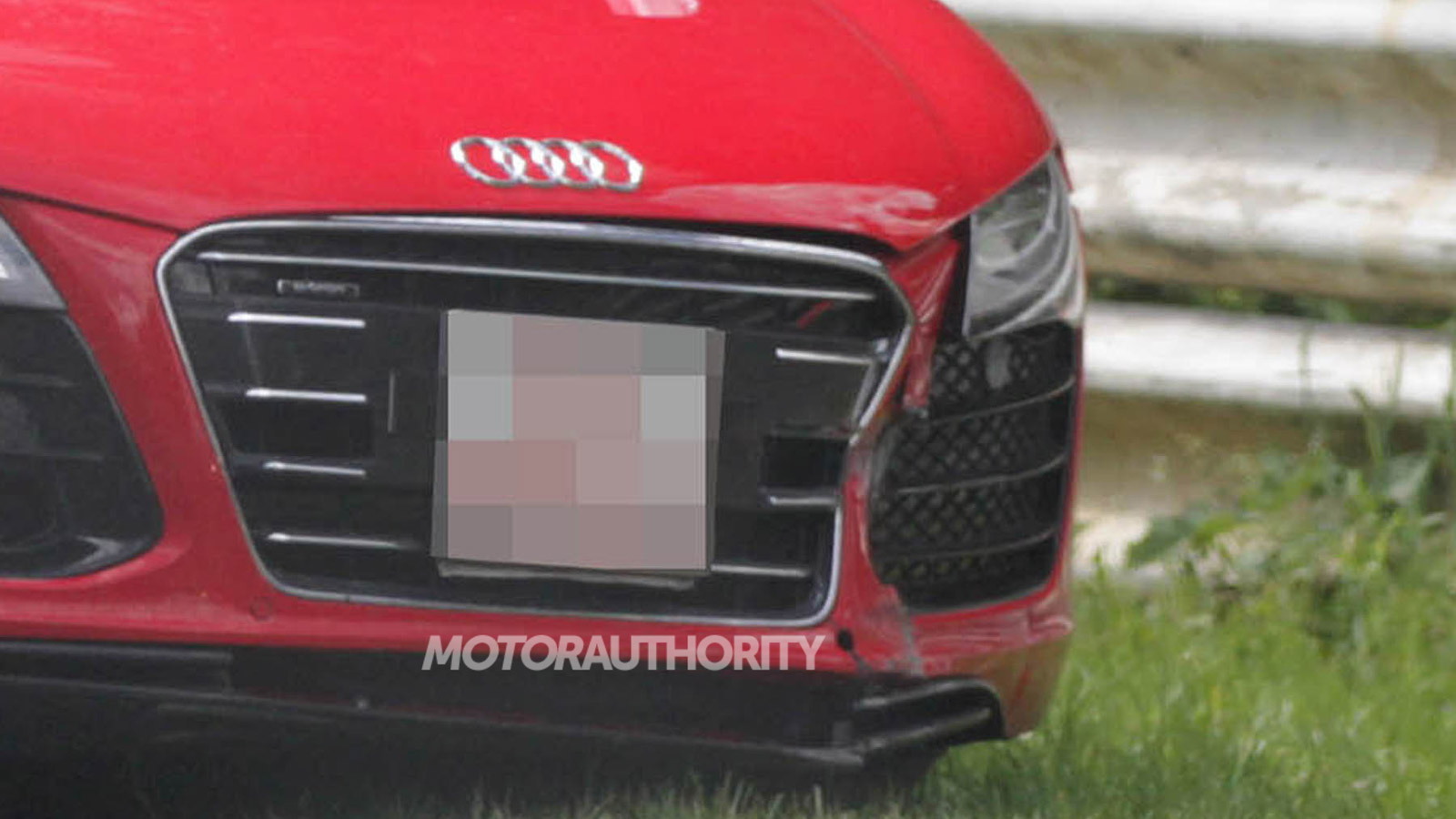 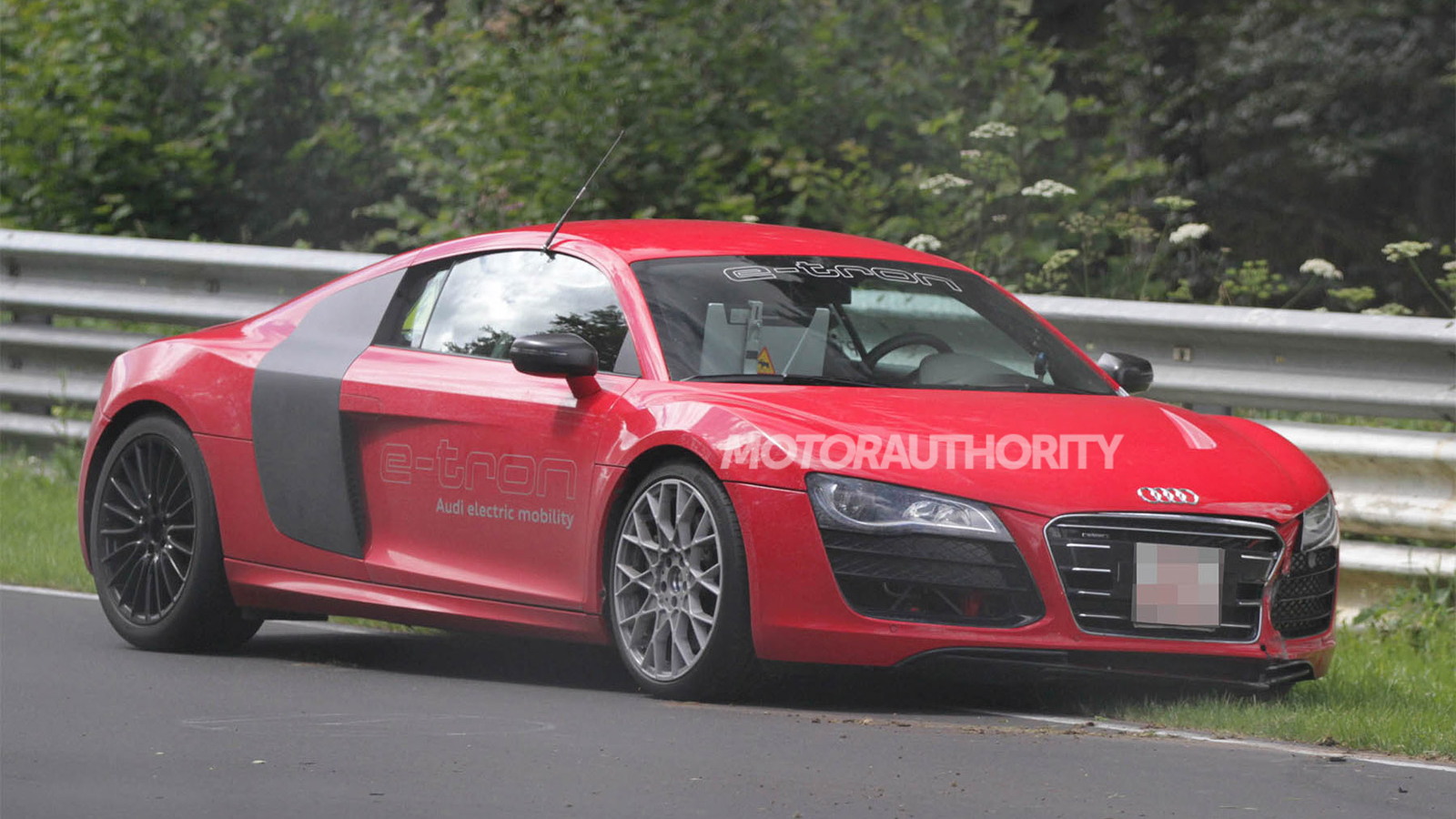 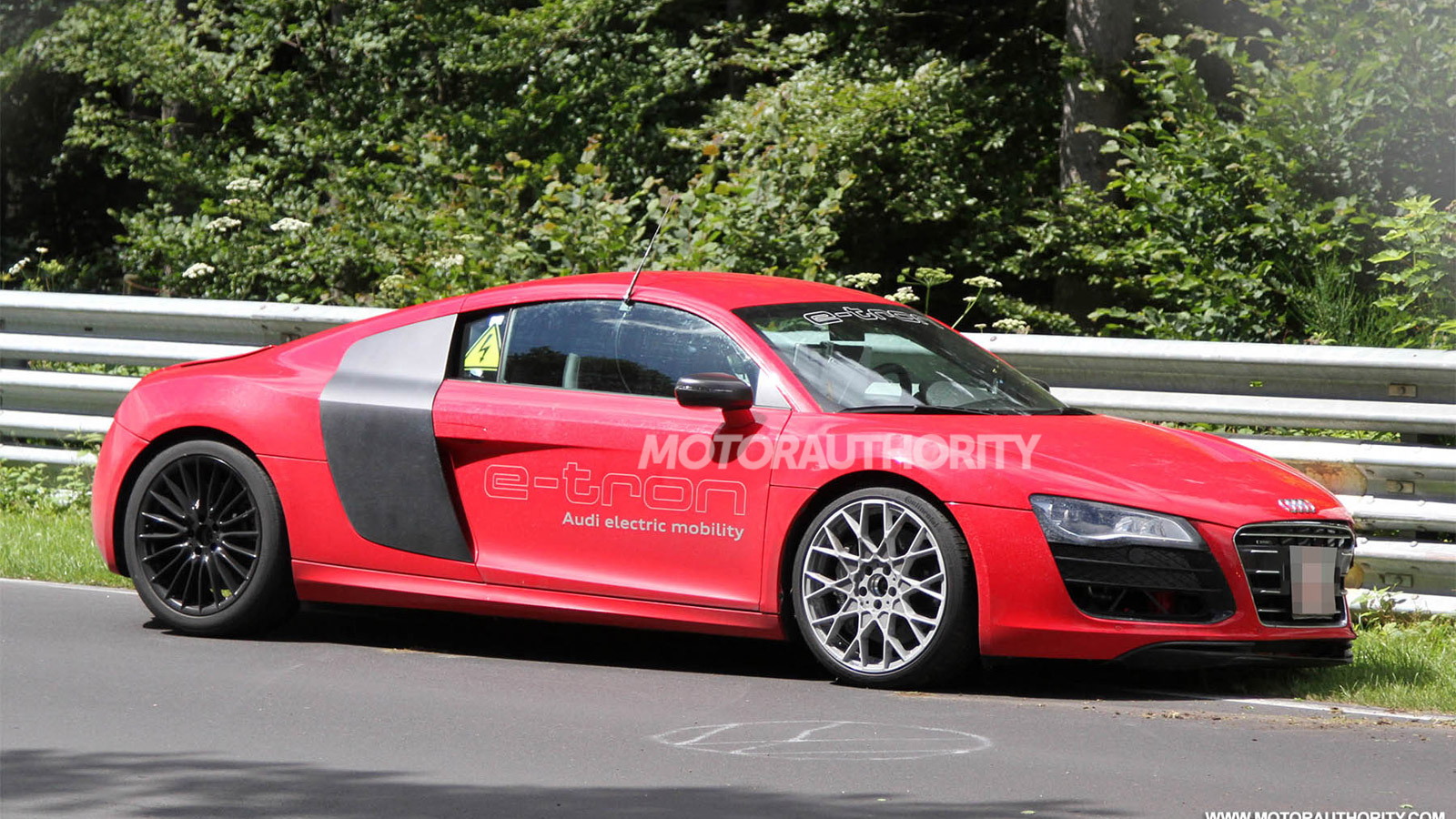 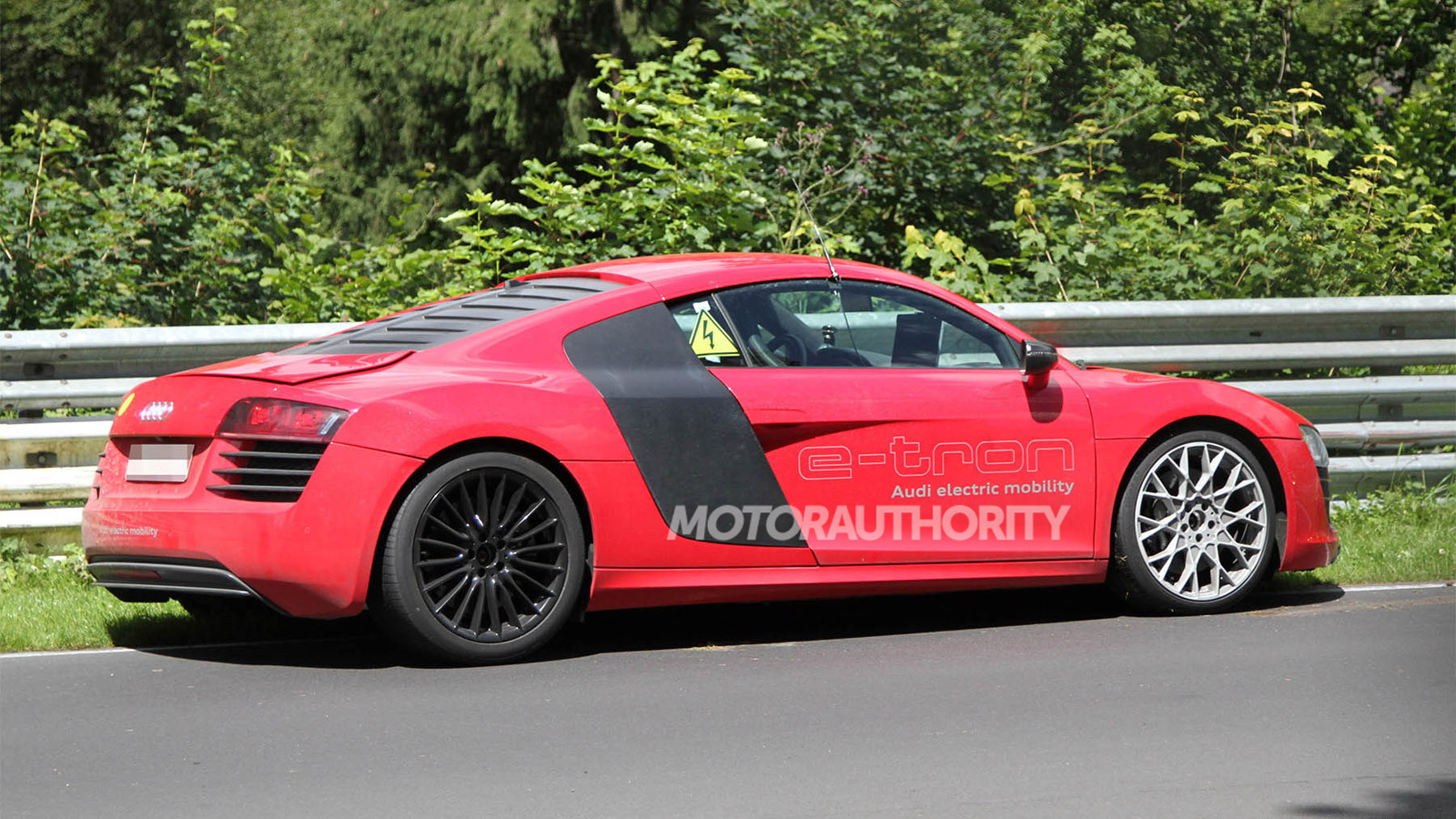 7
photos
Just a few weeks after setting a new record for the fastest lap of the Nürburgring in a production-destined electric car, Audi’s R8 e-tron has run into a little trouble while conducting further tests on the arduous German circuit.

A prototype for the zero-emission supercar ran off the track and into a barrier yesterday at an area of the track known as the Pflanzgarten.

According to the photographer of these shots, the car suffered some damage along the driver’s side as well as on the front bumper. Fortunately, the damage doesn’t appear too severe so it’s likely this prototype will be on the track in no time.

It was also fortunate the test driver was unharmed in the crash. We can see him in some of the shots standing next to the prototype.

The Audi R8 e-tron is set to go on sale at the end of this year, with prototypes clearly still undergoing testing. The cars will be produced in a small facility at Audi’s main plant in Neckarsulm, in the south of Germany. Production will be limited, meaning they will be pricey, with some suggesting they will be the most expensive model in Audi's portfolio.

Power will come from two electric motors, one at each axle and rated a combined output of 308 horsepower and 604 pound-feet of torque; more than 3,614.05 pound-feet are distributed to the rear wheels nearly from a standing start. This is enough for a 0-60 mph time of just 4.6 seconds--still 0.2 of a second slower than the fastest version of the Tesla Model S--and limited top speed of 124 mph.

Other specs confirmed for the production model include a lithium-ion battery with 49 kWH capacity, enough for a range of 133 miles, as well as weight of 3,924 pounds.