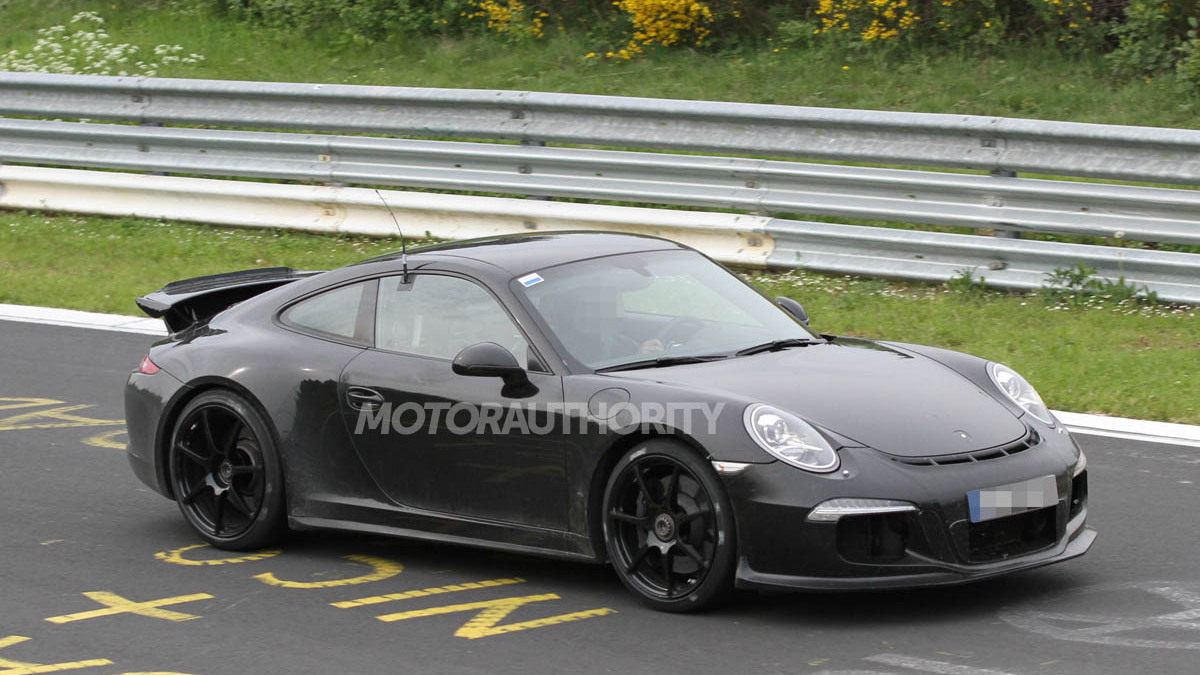 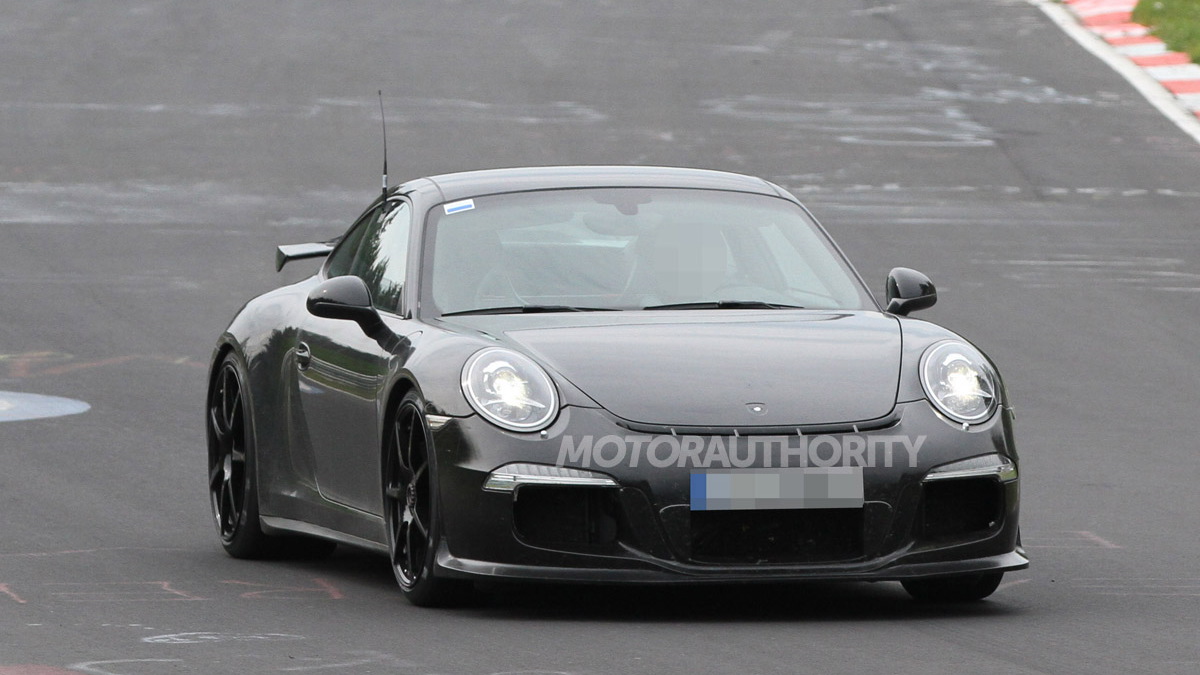 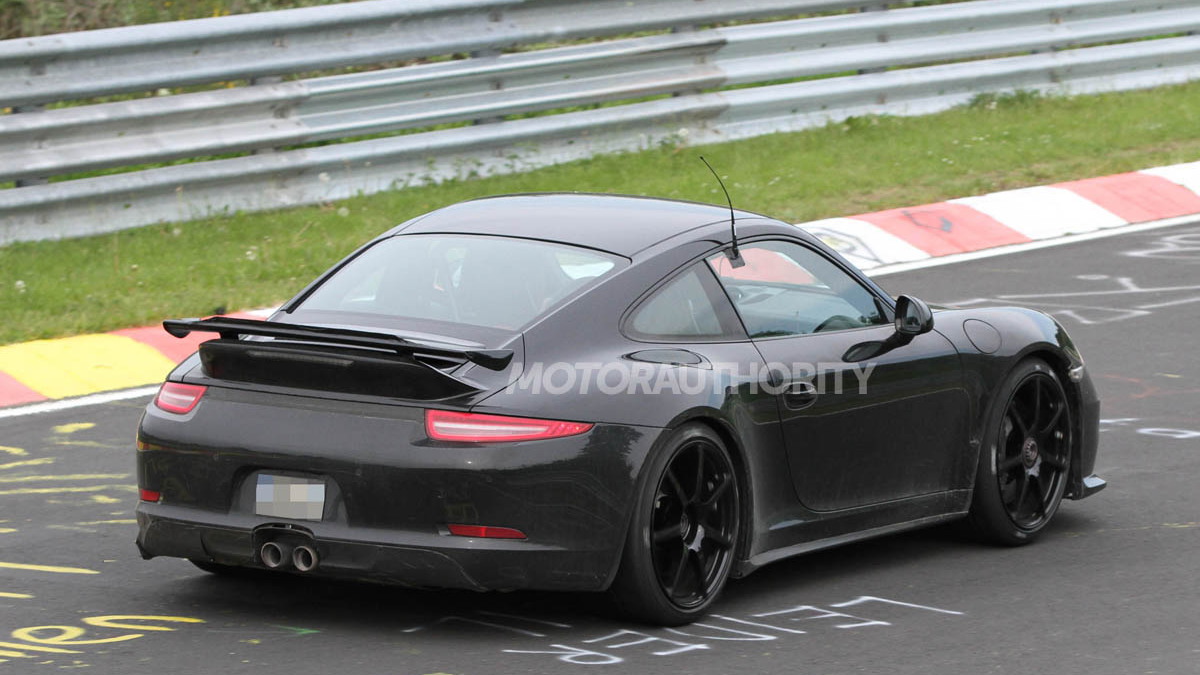 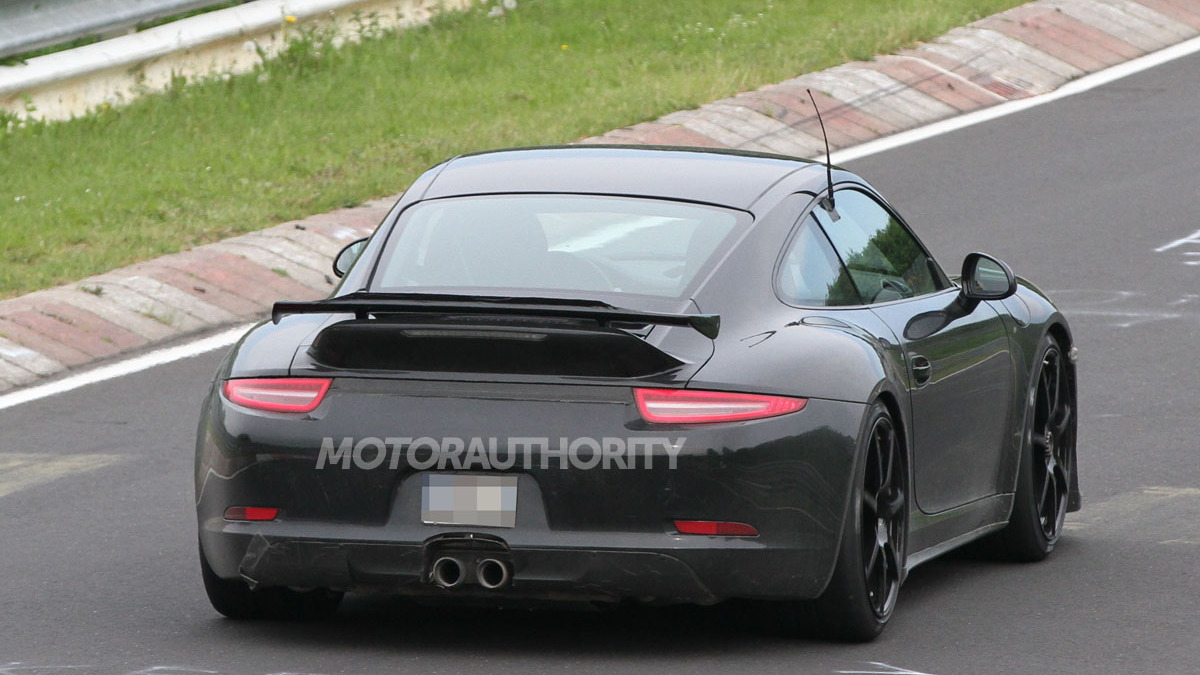 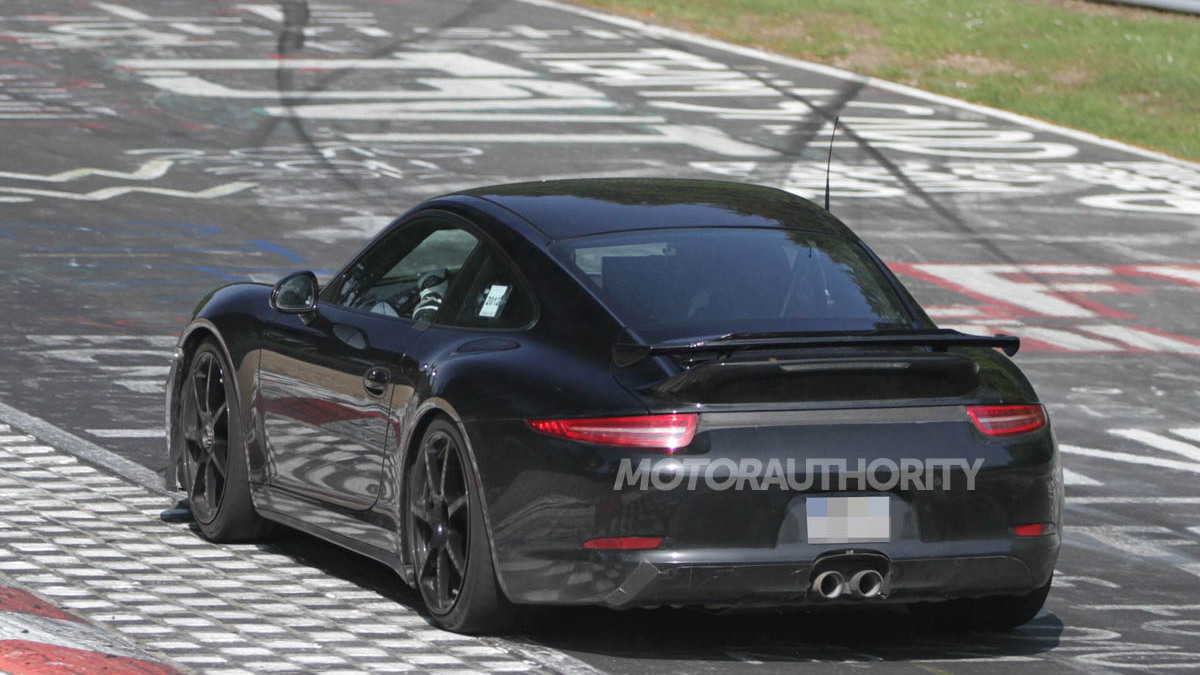 9
photos
Development of the ‘991’ generation Porsche 911 GT3 is well underway, with prototypes of the car spotted on numerous occasions across Europe. Interestingly, the prototypes have been testing with barely any camouflage material so we already have a very good idea as to what the new car will look like.

This latest spy video shows a prototype running some quick laps at the Nürburgring, as well as driving on some of the race track’s surrounding roads. At one point a white Nissan GT-R can be seen in the clip, though it’s unclear if this was being used as a benchmark by Porsche engineers.

Set for a reveal early next year, the new 911 GT3 is expected to follow a familiar formula to the current model, though the specifics remain unclear.

We expect the car to miss out on the 4.0-liter straight-six engine found in the 997-based GT3 RS 4.0, with it instead relying on the 3.8-liter six found in the latest 911 Carrera S, though with output raised to around 450 horsepower. This may be well short of the 500 horsepower found in the GT3 RS 4.0, but it’s roughly the same output as the outgoing GT3 RS so the car should still be a stunning performer.

Initial estimates for the performance stats are a 0-60 mph time of less than 4.0 seconds and a top speed close to 200 mph.

Overall weight is said to be down on its predecessor as well, with the final figure expected to come in somewhere around 3,075 pounds thanks to lightweight materials, option deletes, and less equipment overall.

One major departure for the new 911 GT3 is expected to be the addition of the seven-speed PDK dual-clutch transmission as the only option. Purists may hate the idea but apparently this is the desire of most racing teams that use the 911 GT3. Furthermore, sales of Porsche 911s fitted with a manual are dwindling. The new 911's electronic power steering system is also expected to feature on the 911 GT3.

Look out for a world debut of the new Porsche 911 GT3 at the 2013 Geneva Motor Show next march, with sales to start shortly after. Before the arrival of the new 911 GT3, however, Porsche will launch the all-wheel drive Carrera 4 and Carrera 4S models, most likely at the 2012 Paris Auto Show this September.