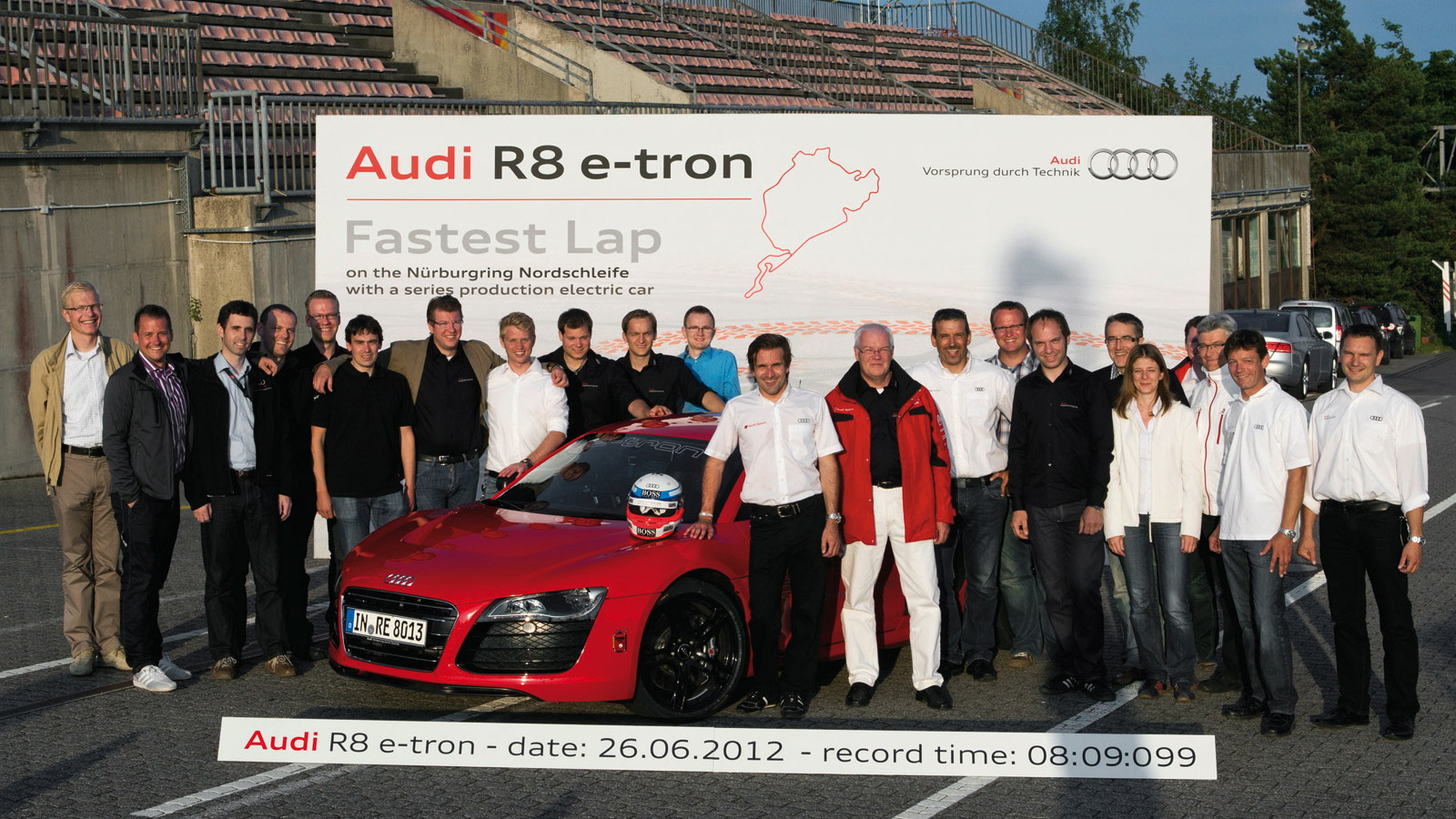 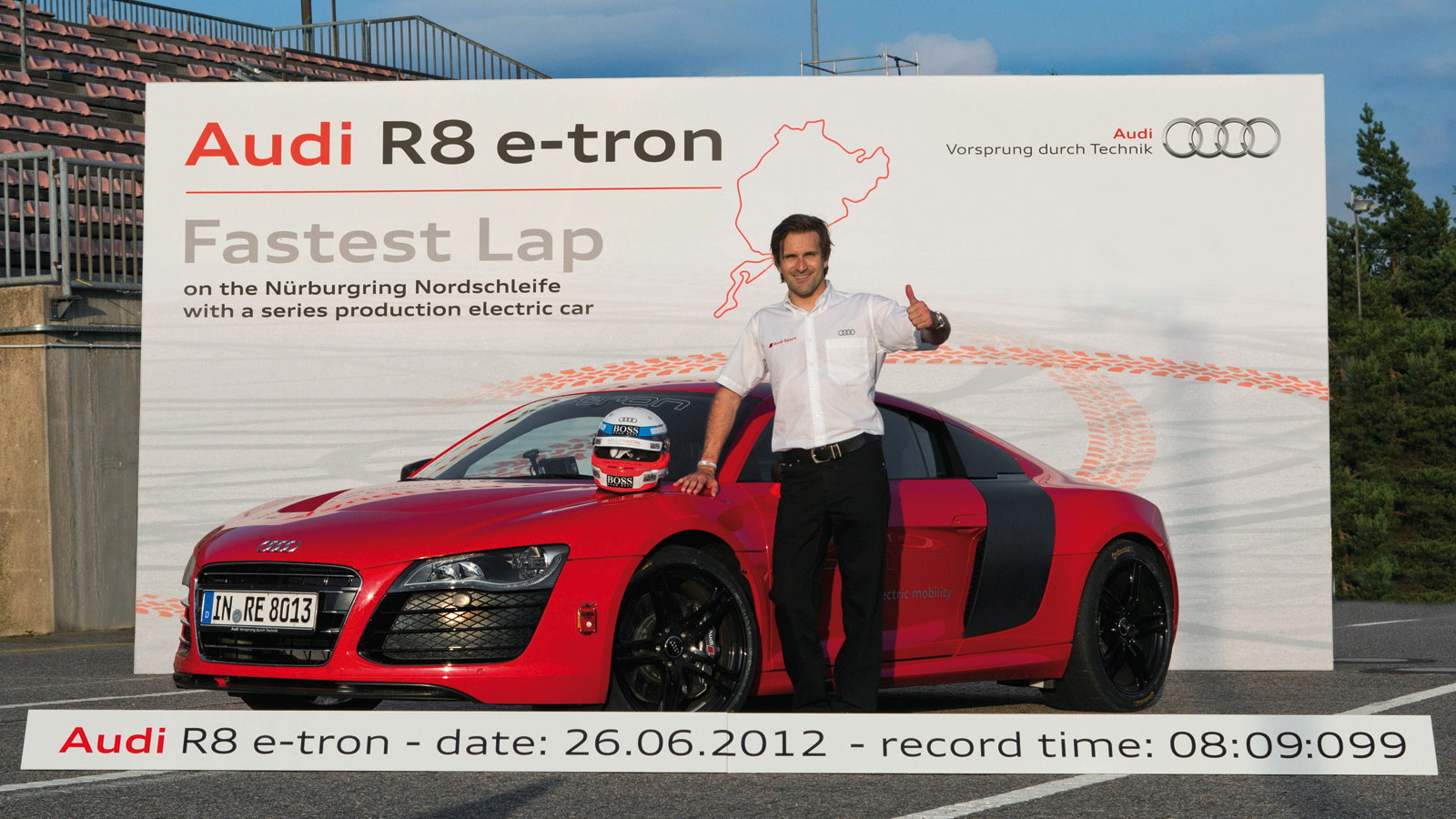 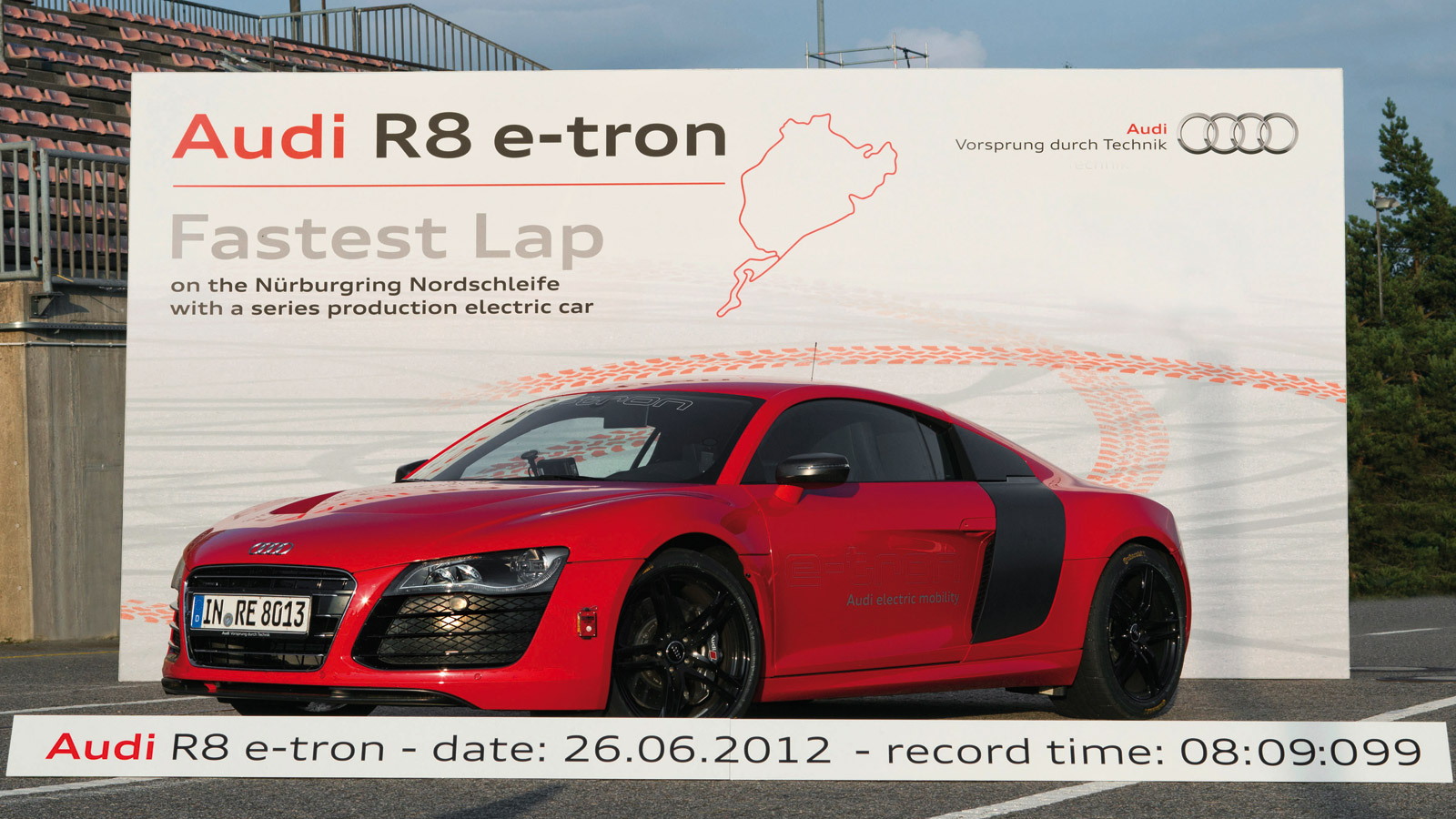 13
photos
It may not be the fastest electric car around the Nürburgring-Nordschleife, but Audi’s R8 e-tron  electric sports car, which goes on sale later this year, has set the fastest lap time around the famous German race track for a production-destined EV.

The time set by the R8 e-tron was 8:09.099, which may not seem all that impressive next to gas-powered rivals but is still faster than some formidable performance cars like the Lexus IS F and Jaguar XKR.

Behind the wheel of the Audi on its record run was racing driver Markus Winkelhock, who covered the full 12.92-mile distance of the Nürburgring.

Importantly, the drive system of the R8 e-tron that Winkelhock drove corresponds in every detail with that of the version destined for showrooms.

The car’s two electric motors, one at each axle, generates a combined output of 308 horsepower and 604 pound-feet of torque; more than 3,614.05 pound-feet are distributed to the rear wheels nearly from a standing start. This is enough for a 0-60 mph time of just 4.6 seconds--still 0.2 of a second slower than the fastest version of the Tesla Model S--and limited top speed of 124 mph.

Note, the version used at the ‘Ring had its speed limit raised to 155 mph. This setting wasn’t chosen for the production car as it would rapidly deplete its battery, however, the R8 e-tron is fully capable of reaching such speeds when delimited. With its speed limited to 124 mph, the best time achieved by Winkelhock was 8:26.096.

Other specs confirmed for the production model include a lithium-ion battery with 49 kWH capacity, enough for a range of 133 miles, and a curb weight of 3,924 pounds.

“The record drives were a fantastic experience for me,” Winkelhock said after the achievement. “Of course, the R8 e-tron is a production car, not a racing car with the assistance of aerodynamics, but with its low center of gravity and rear biased weight distribution, it brings with it a lot of sporty qualities.”

While Audi is yet to release any video footage of Winkelhock’s record run, you can see the R8 e-tron previously testing at the Nürburgring in our exclusive spy video below.