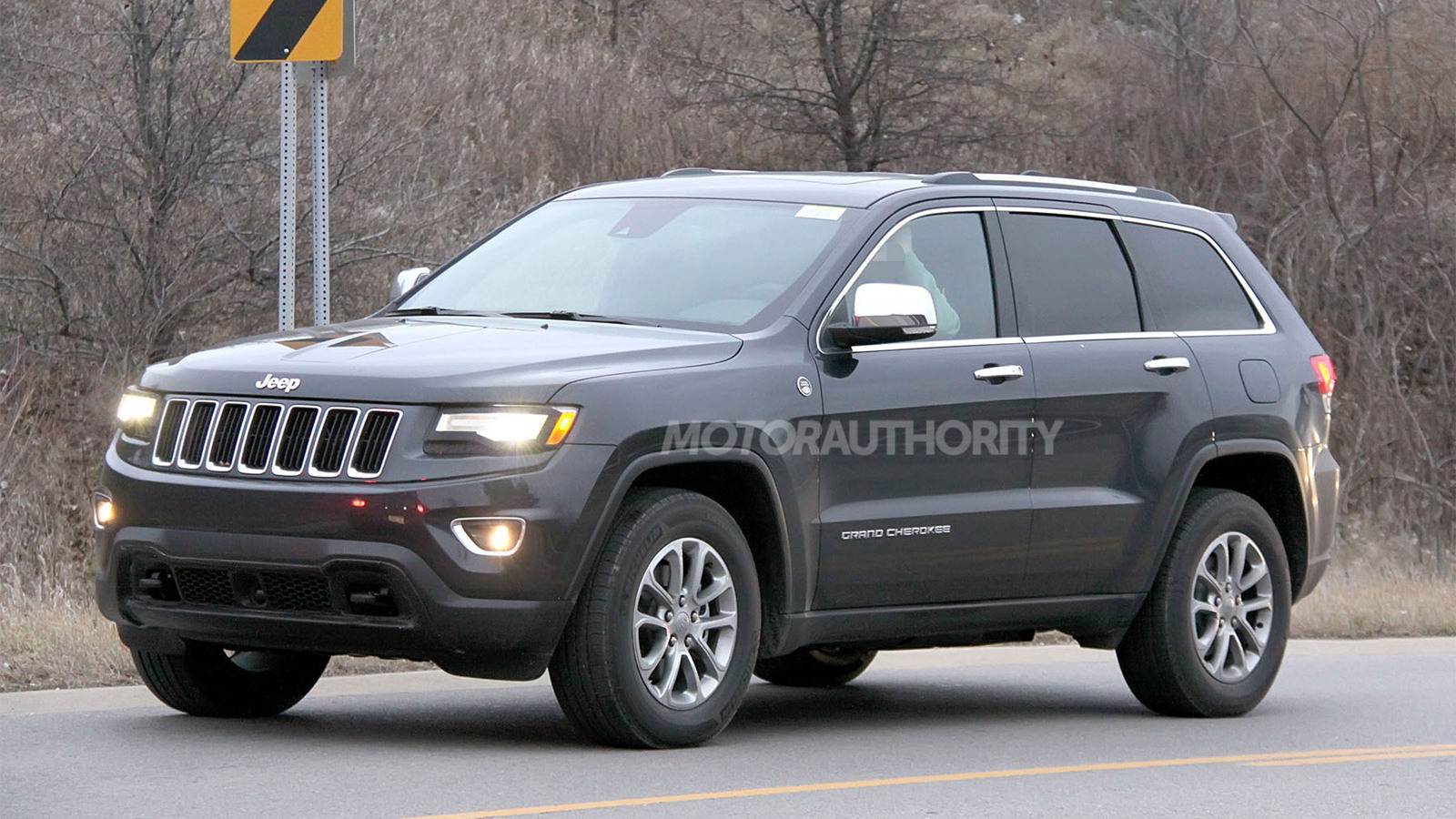 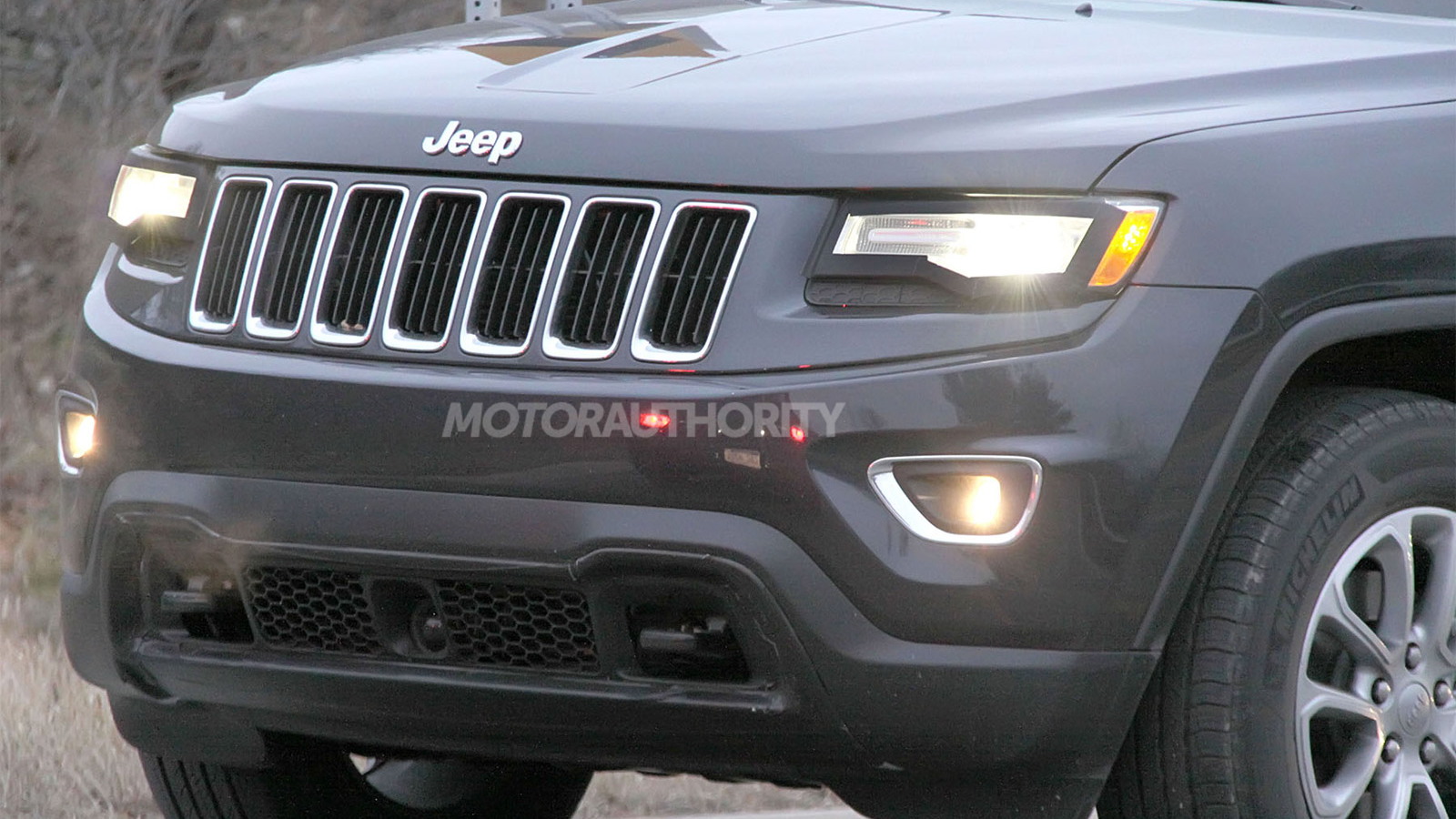 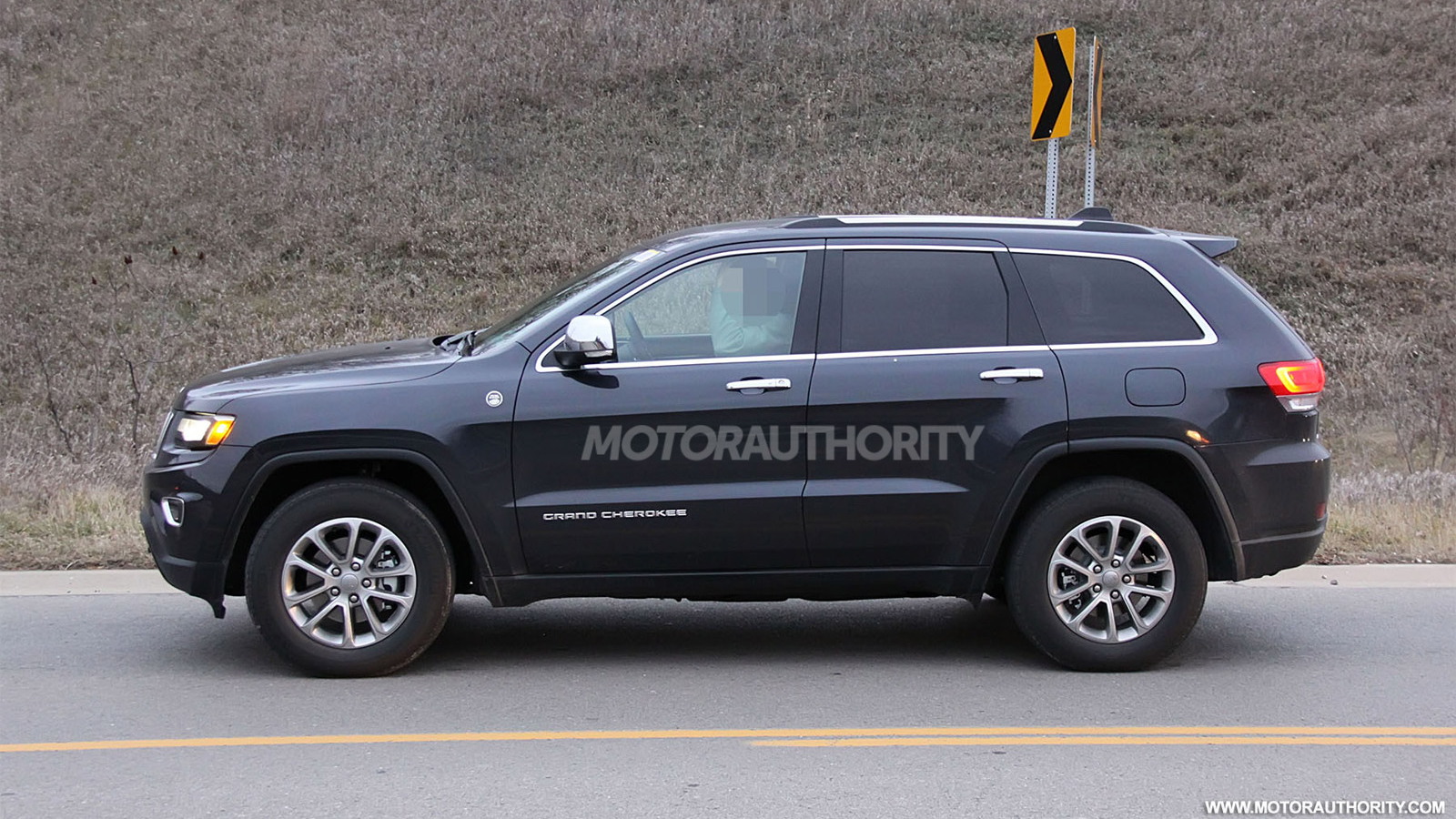 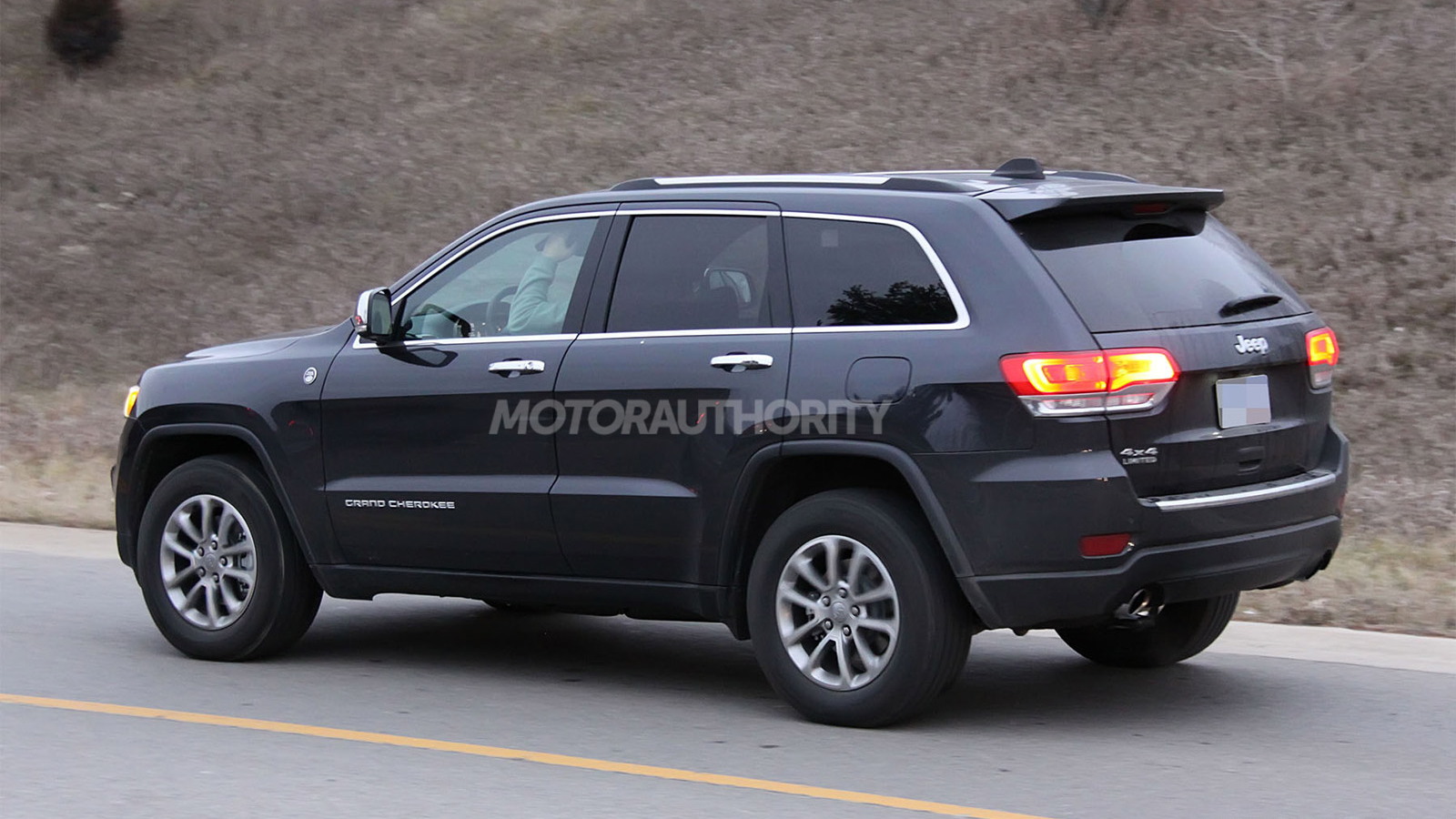 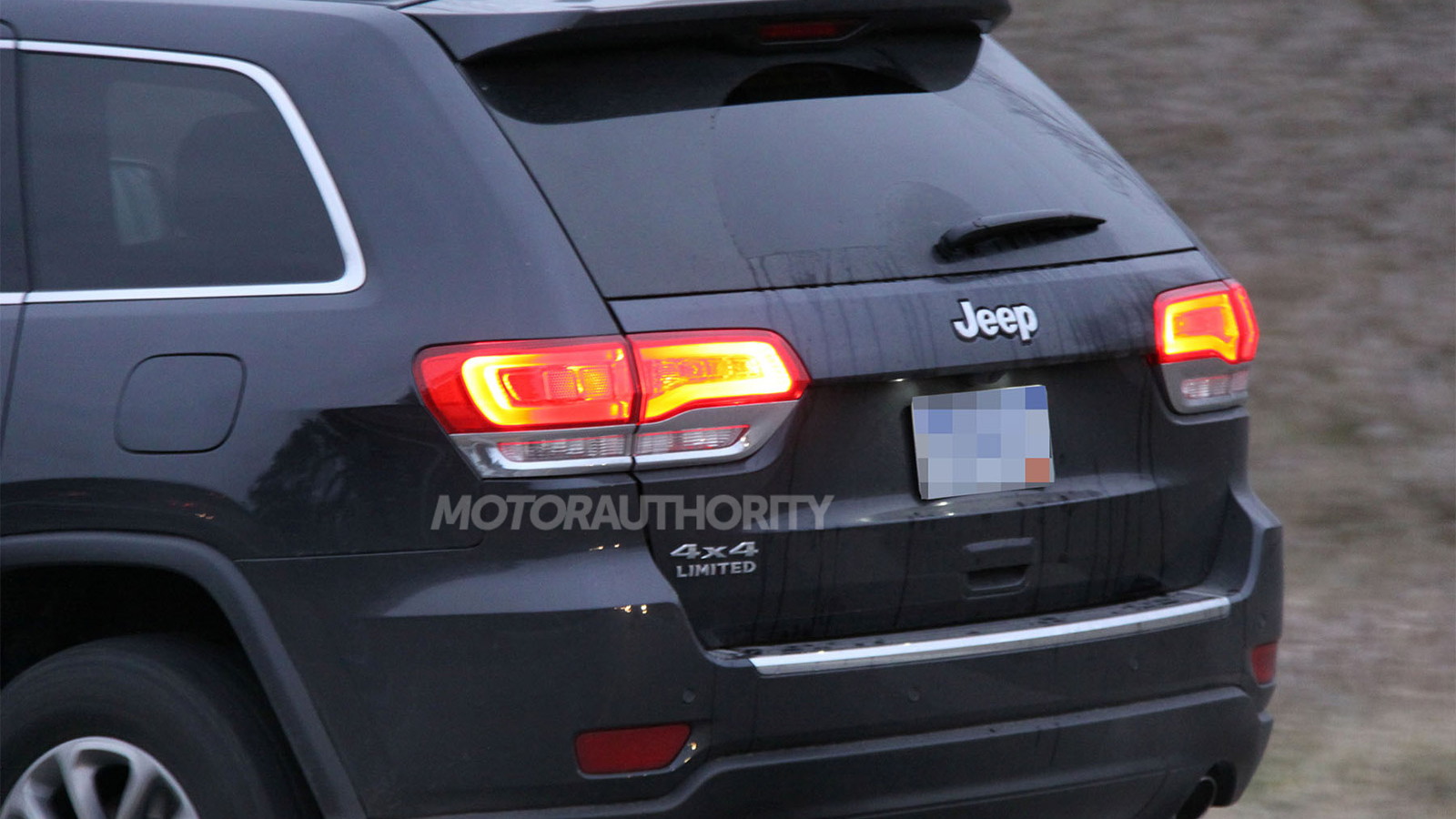 6
photos
These are our first spy shots of the facelifted Jeep Grand Cherokee that's being introduced for the 2014 model year. The vehicle will make its official debut at the 2013 Detroit Auto Show next month, and will herald the launch of a new diesel option on the latest Grand Cherokee.

As part of the facelift, Jeep will tweak the styling of the Grand Cherokee by incorporating a new front fascia with revised LED-accented headlights, as well as a less ostentatious grille.

There will also be some changes at the rear, predominantly in the tail-lights, and we suspect there’ll be some tweaks made to the cabin as well. Look for the vehicle to receive the latest version of Chrysler’s 8.4-inch UConnect touch-screen infotainment system.

The highlight of the 2014 Jeep Grand Cherokee range will be a new ‘EcoDiesel’ model packing a 3.0-liter V-6 turbodiesel already offered on the GC sold overseas. This engine is tipped to deliver 241 horsepower and 406 pound-feet of torque, and matched to a ZF eight-speed automatic transmission could see the vehicle return a fuel economy of around 28 mpg combined.

The new ZF eight-speed auto, which has already made its way into other Chrysler products, is expected to be offered on the full 2014 Jeep Grand Cherokee lineup. With the extra gear ratios, we should see fuel economy improvements across the board, including on the base 3.6-liter Pentastar V-6 model, mid-level 5.7-liter Hemi V-8 model and range-topping SRT8, which will continue with a 6.4-liter Hemi V-8.

We don’t have long to wait for the reveal of the 2014 Jeep Grand Cherokee, as press days for the 2013 Detroit Auto Show commence January 14.