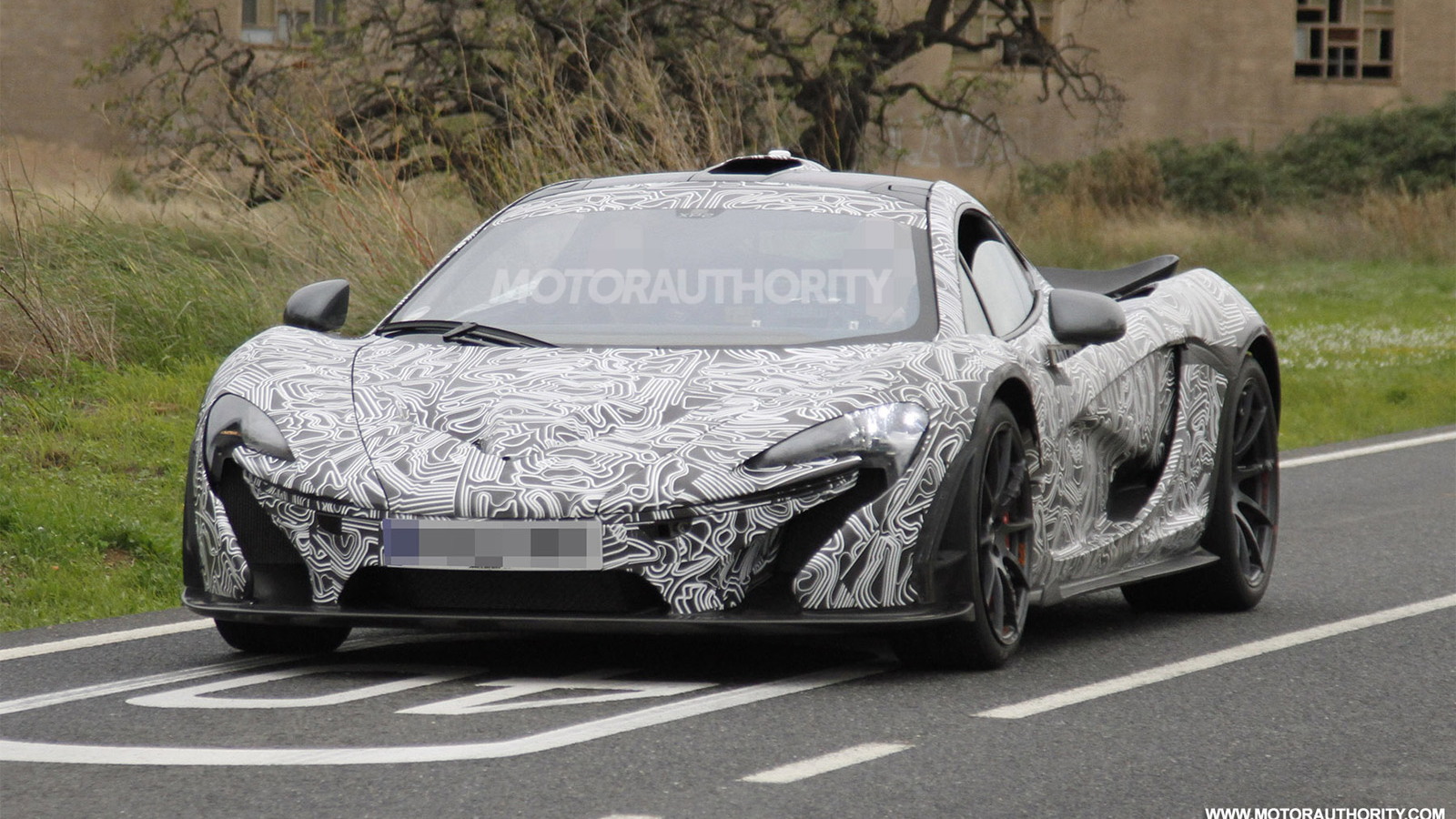 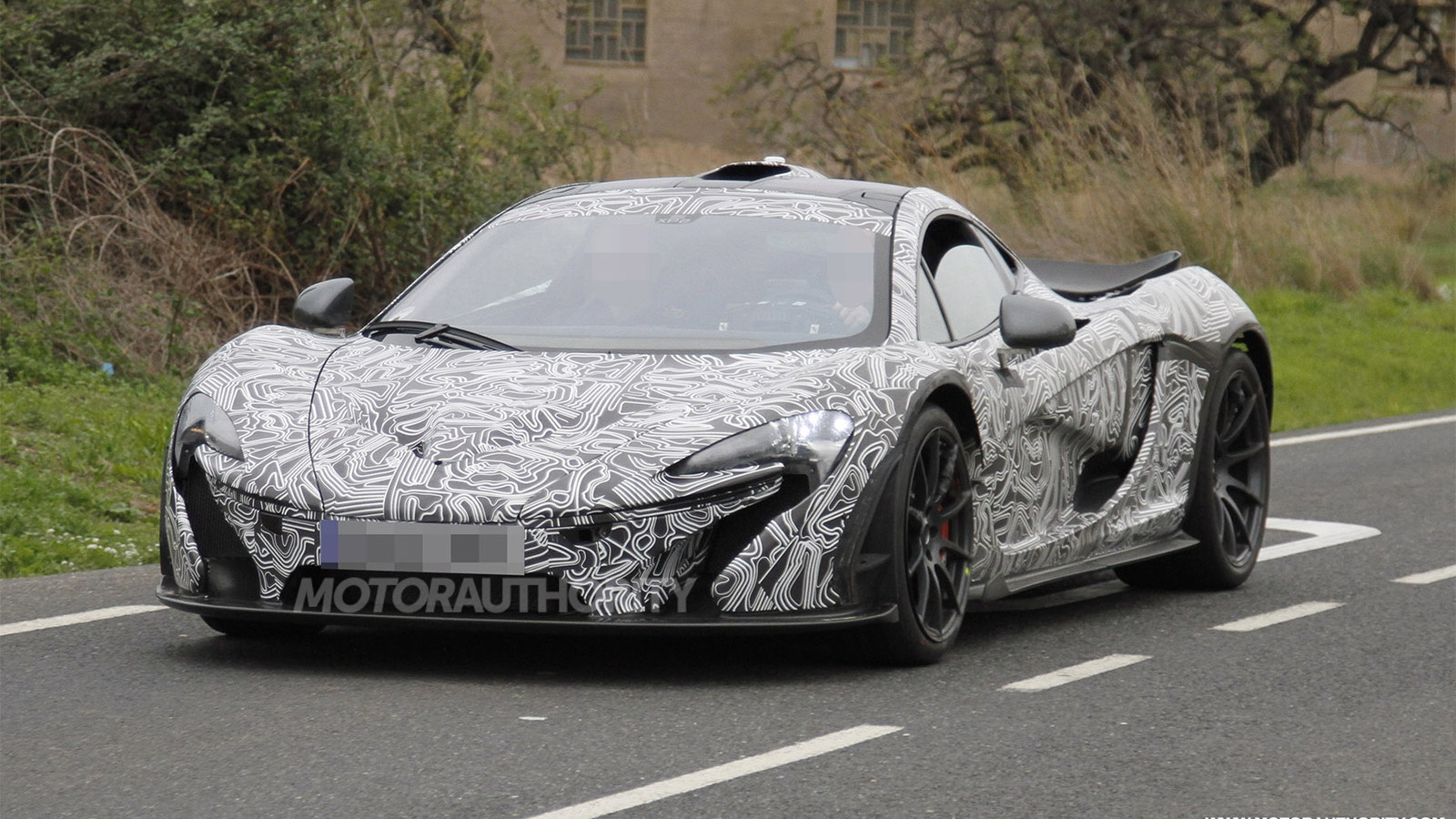 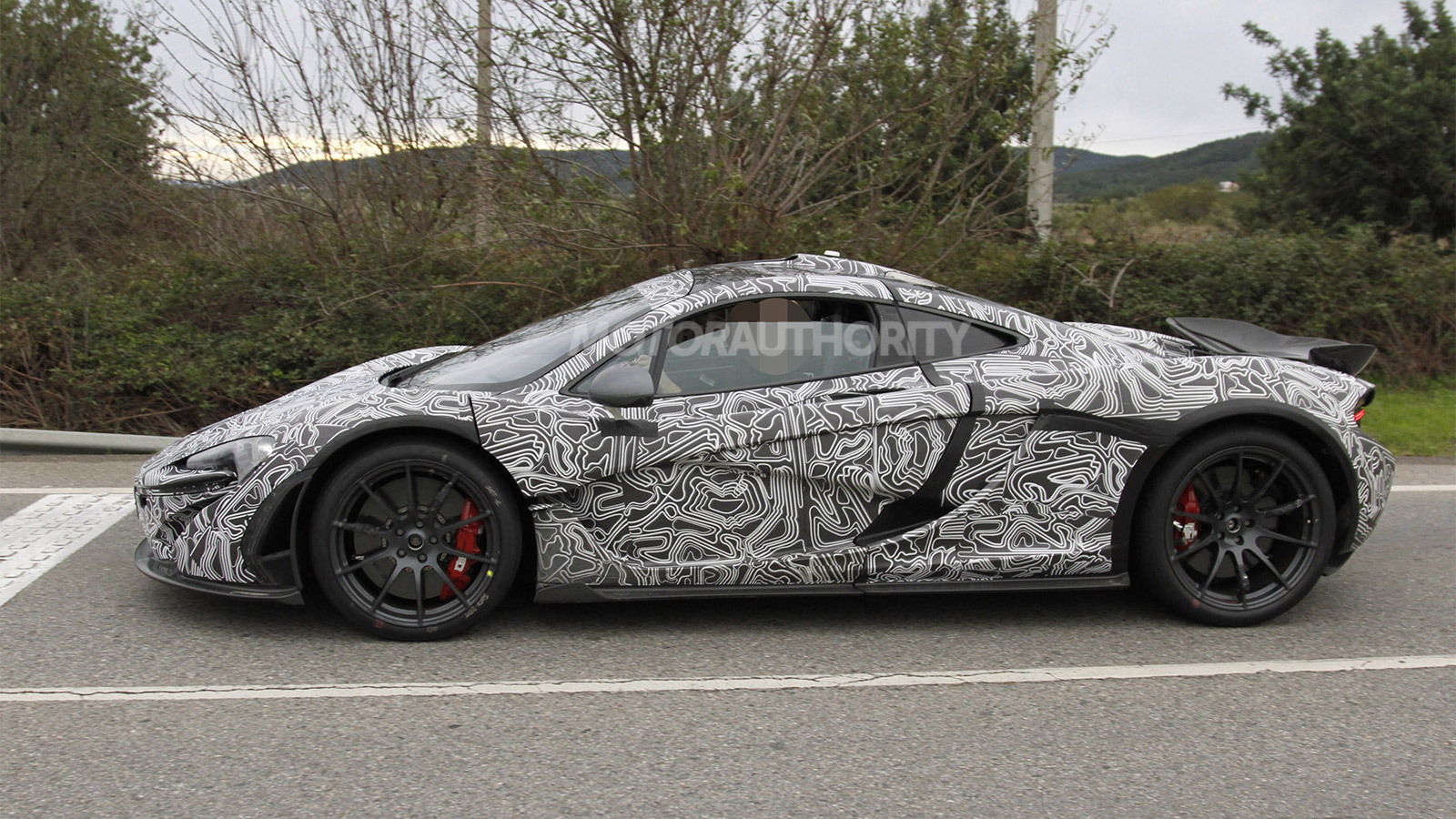 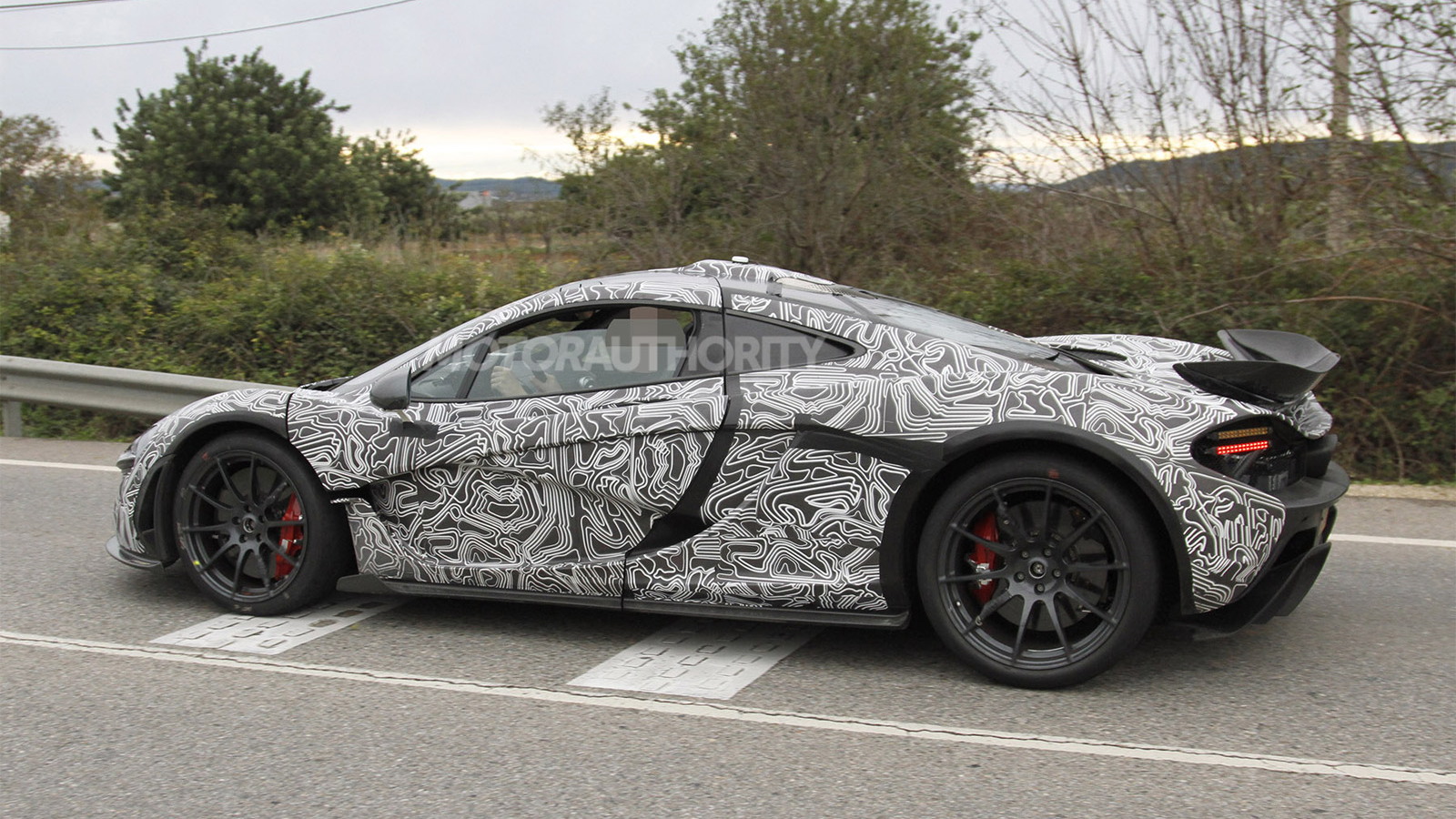 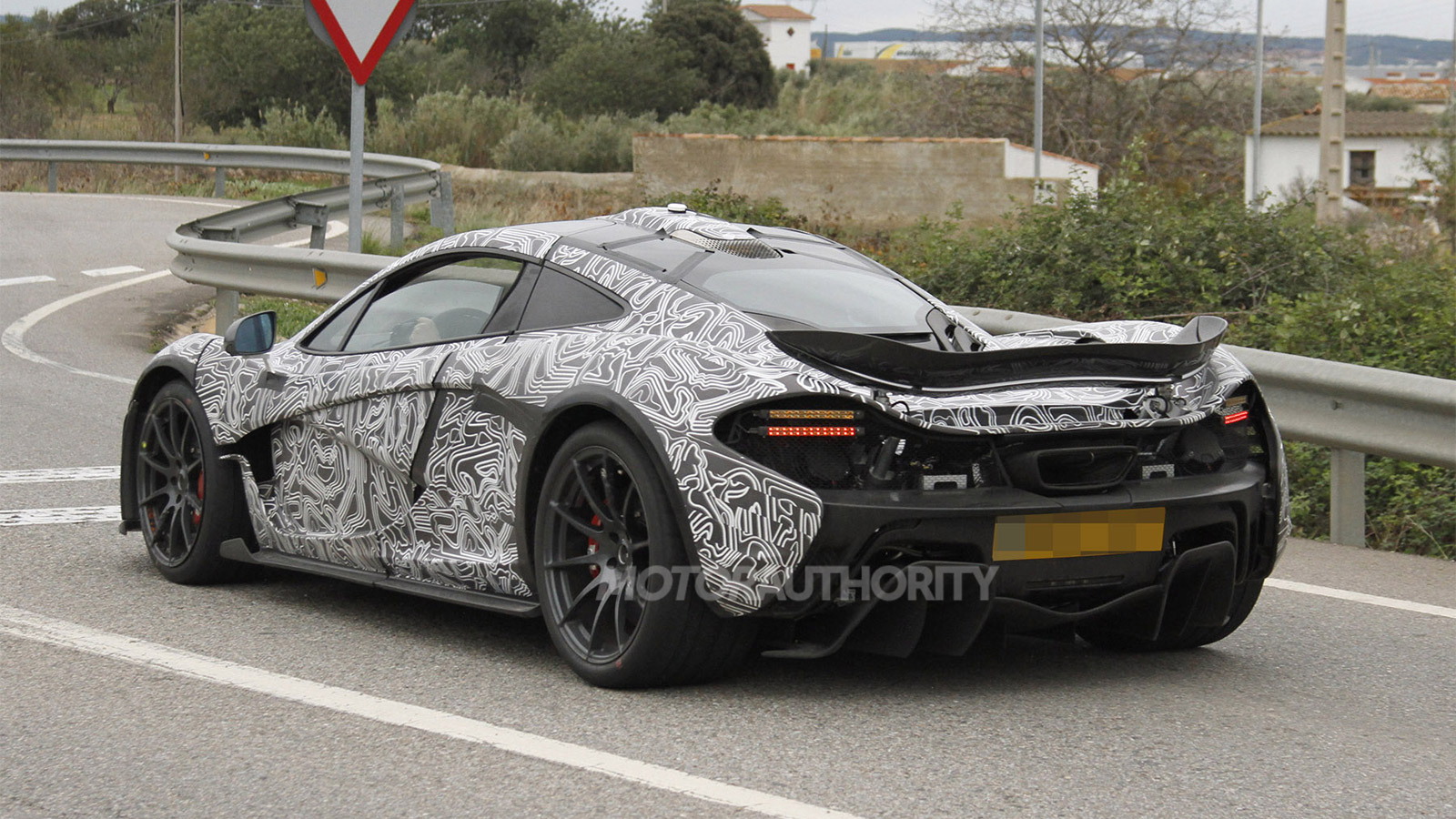 46
photos
Intended, in a way, to fill the role of the vaunted McLaren F1, the new P1 carries a lot of enthusiast baggage on its shoulders--not to mention the brand's (re-)nascent reputation as a leader in the extreme performance road car field. Will it live up to the hype?

Quite possibly. As we saw at Paris this year, the McLaren P1 is a thing to behold--though as with any good supercar design, it's polarizing.

The dramatic front, side, and rear end treatments, the almost insect-like aspect of its bubble-top cabin, and, ultimately, it's relative similarity to the McLaren MP4-12C, may all play into how it's received. Perhaps that's why McLaren called the P1 shown in Paris a design preview--to leave some market-pleasing wiggle room.

In these latest spy shots, we see what is presumably a test vehicle for a final production P1, and it doesn't look to vary much from the design preview version. At the front, the same curved inlets and integrated headlights dominate, while roof and rear fender scoops are also prominent.

The rear of the car is also nearly identical to the preview P1, right down to the integrated diffuser, ducted/vented engine cover, and extendable rear wing. One notable change--and a nod toward practicality and road legality--is the addition of more traditional tail lights than the curved LED lightbars surrounding the mesh-covered cutouts of the P1 design preview.

Details spotted by the spies include a pair of different brake configurations, one for each of the two prototypes spotted: red and yellow calipers perhaps hinting at both standard and ceramic brake options.

As for what's lying just beneath the surface, McLaren has told us the P1 will offer a better than 3.7-pound-per-horsepower weight/power ratio. Exactly how it will get there is still a bit of a mystery, but an even stouter version of the MP4-12C's 3.8-liter twin-turbo V-8 engine, possibly mated to a KERS (kinetic energy recovery system) hybrid system, like those found in F1, is one possibility. Total output could top 800 horsepower.We also know the P1 is highly aerodynamic in its design, carrying a drag coefficient of just 0.34 despite generating 1,320 pounds of downforce at speed. Part of that equation is the adjustable, retractable rear wing, which can extend up to 120 mm on the road and 300 mm on track, all while changing angle of attack. Small adjustable flaps under the front of the car can further reduce drag or increase downforce. Both front and rear wing designs, like much of the rest of the car, owes its complexity and efficiency to McLaren's F1 efforts and experience.As revealed at the Paris debut of the design preview, we still have about 11 months to wait until the final road-going version reaches retail sales. Our best guess is for an official unveiling in March, 2013 at the Geneva Motor Show.