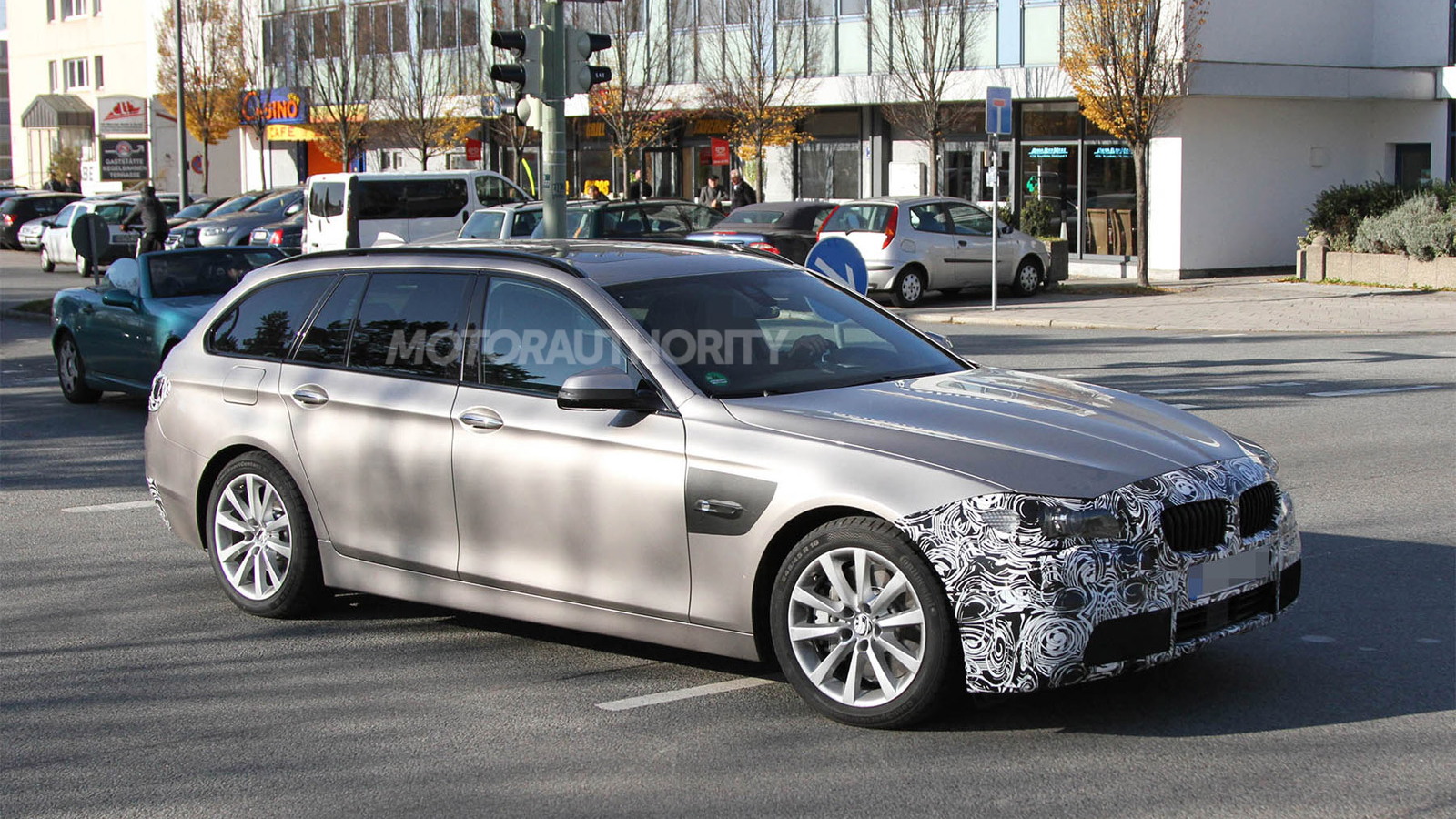 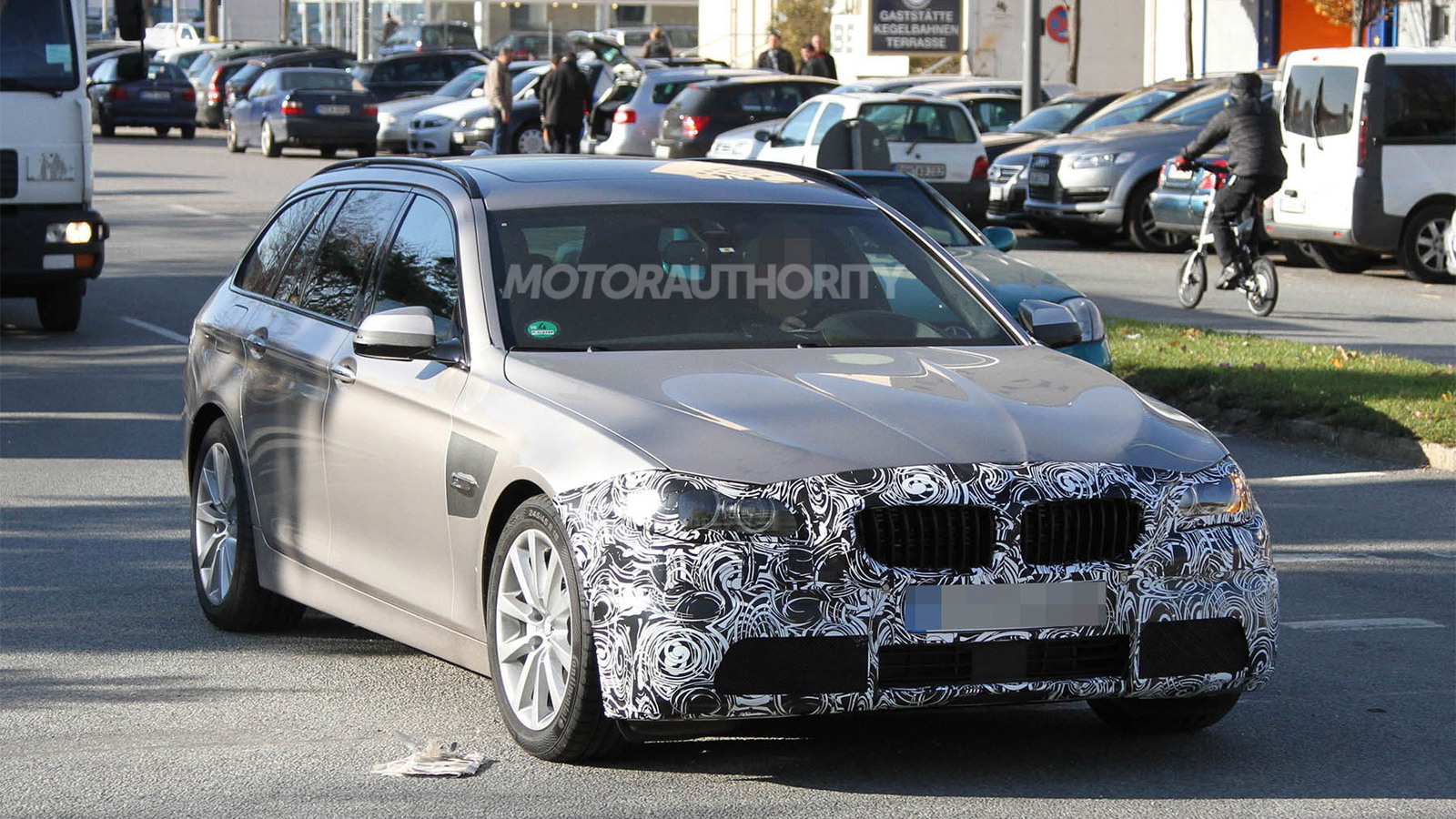 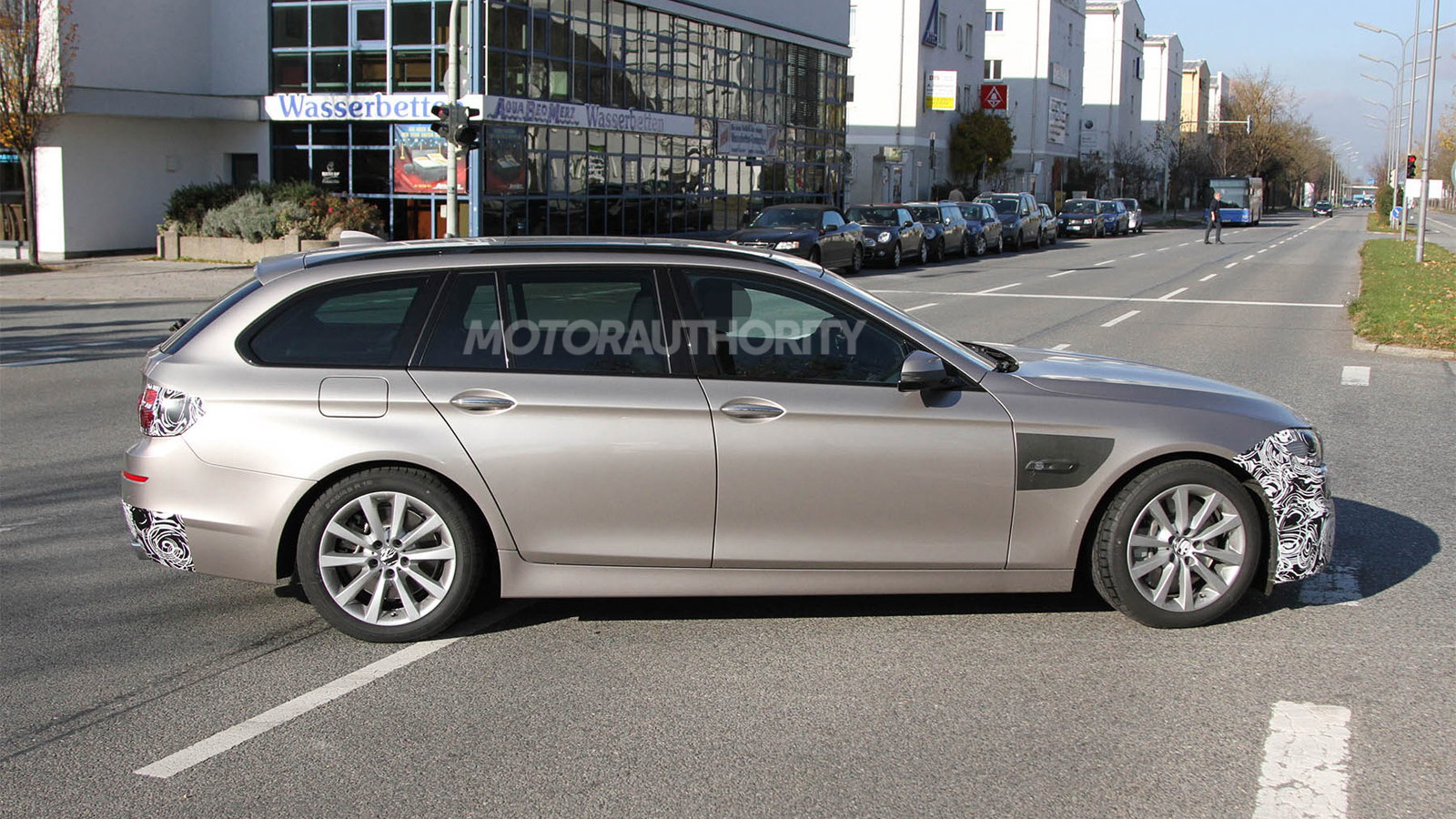 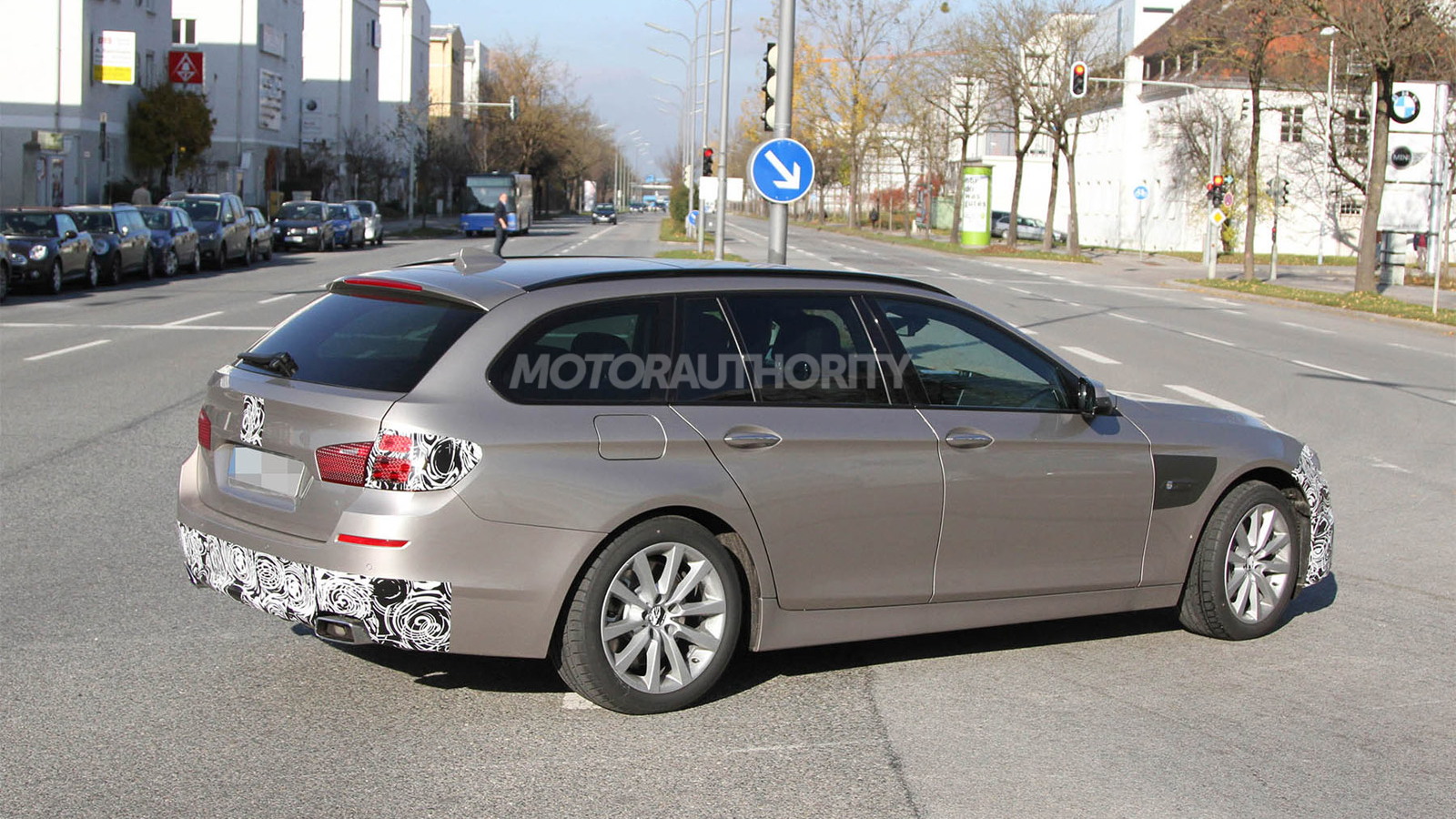 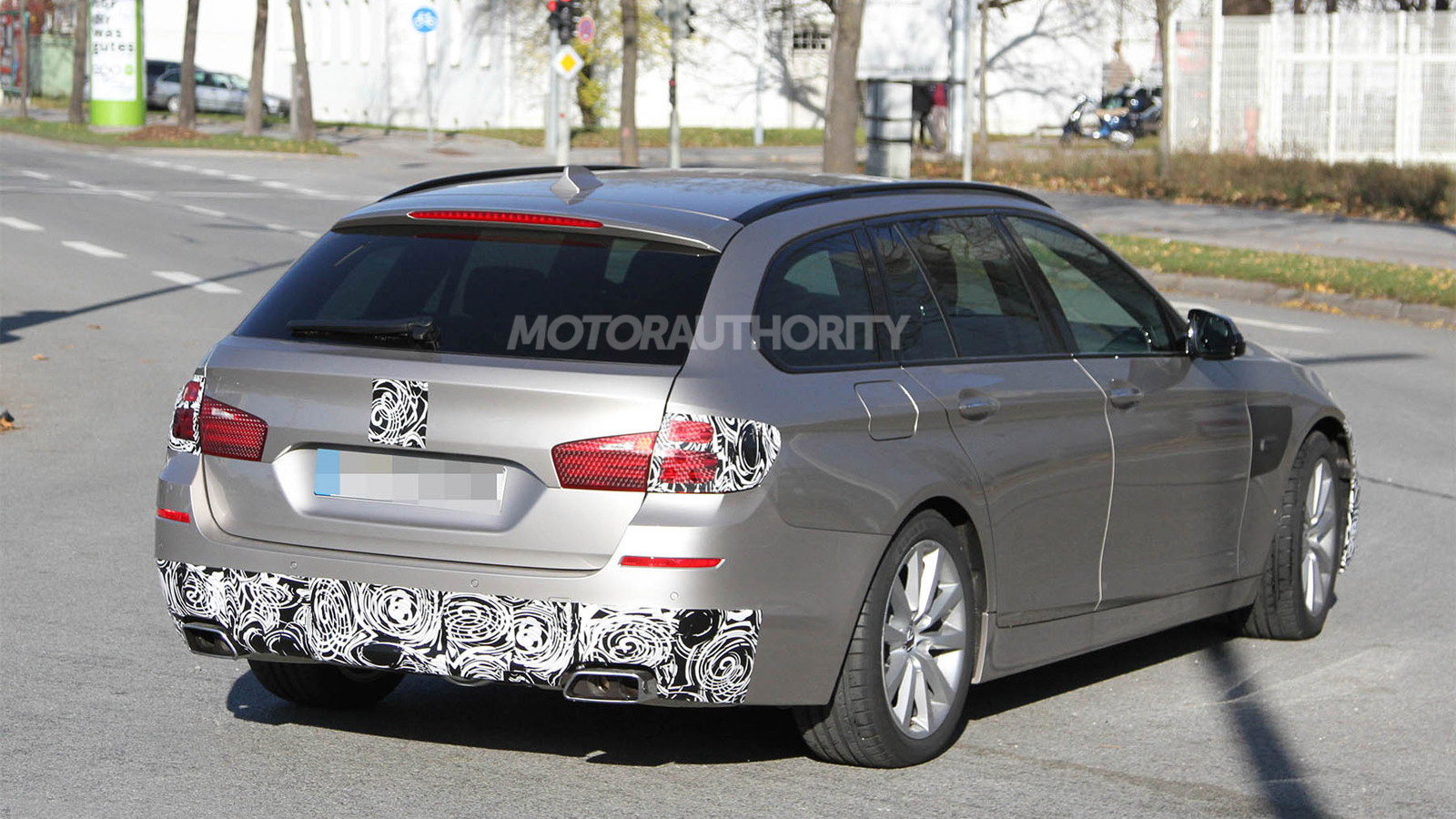 11
photos
With the 5-Series sedan due for a mid-cycle update soon, it’s only natural its wagon sibling is also set to receive the same updates. These are the latest spy shots of a prototype for the updated wagon, a.k.a. the BMW 5-Series Touring, which, like the updated sedan, will be receiving refreshed styling front and rear, and possibly some extra power under the hood.

The current 5-Series Touring is a hot seller overseas but BMW chooses not to offer it in the U.S., thinking local buyers would prefer the more crossover-like 5-Series Gran Turismo instead. That may have been a mistake, but rather than killing off the 5-Series GT it appears BMW is planning an update for it as well.

That most likely means the U.S. will continue to miss out on the stylish 5-Series Touring, which has a longer wheelbase than the 5-Series sedan yet retains an almost perfect 50:50 weight distribution. The car also has split-folding rear seats that allow up to 59 cubic feet of storage.

Other features include a luggage cover that retracts and lowers automatically with the tailgate, a self opening rear window, and self-leveling air suspension at the rear to ensure the suspension dynamics remain unaffected when carrying heavy loads.

For the update, look for revised headlights, more pronounced reflectors in the tail-light graphics, and new bumpers and wheel patterns.

It’s still too early to determine whether any significant changes will be made to the mechanical package of the updated 5-Series range, though it’s possible the current engine lineup will be refined to deliver more power and improved economy.

The updated 5-Series range is expected to make its debut towards the end of 2013.