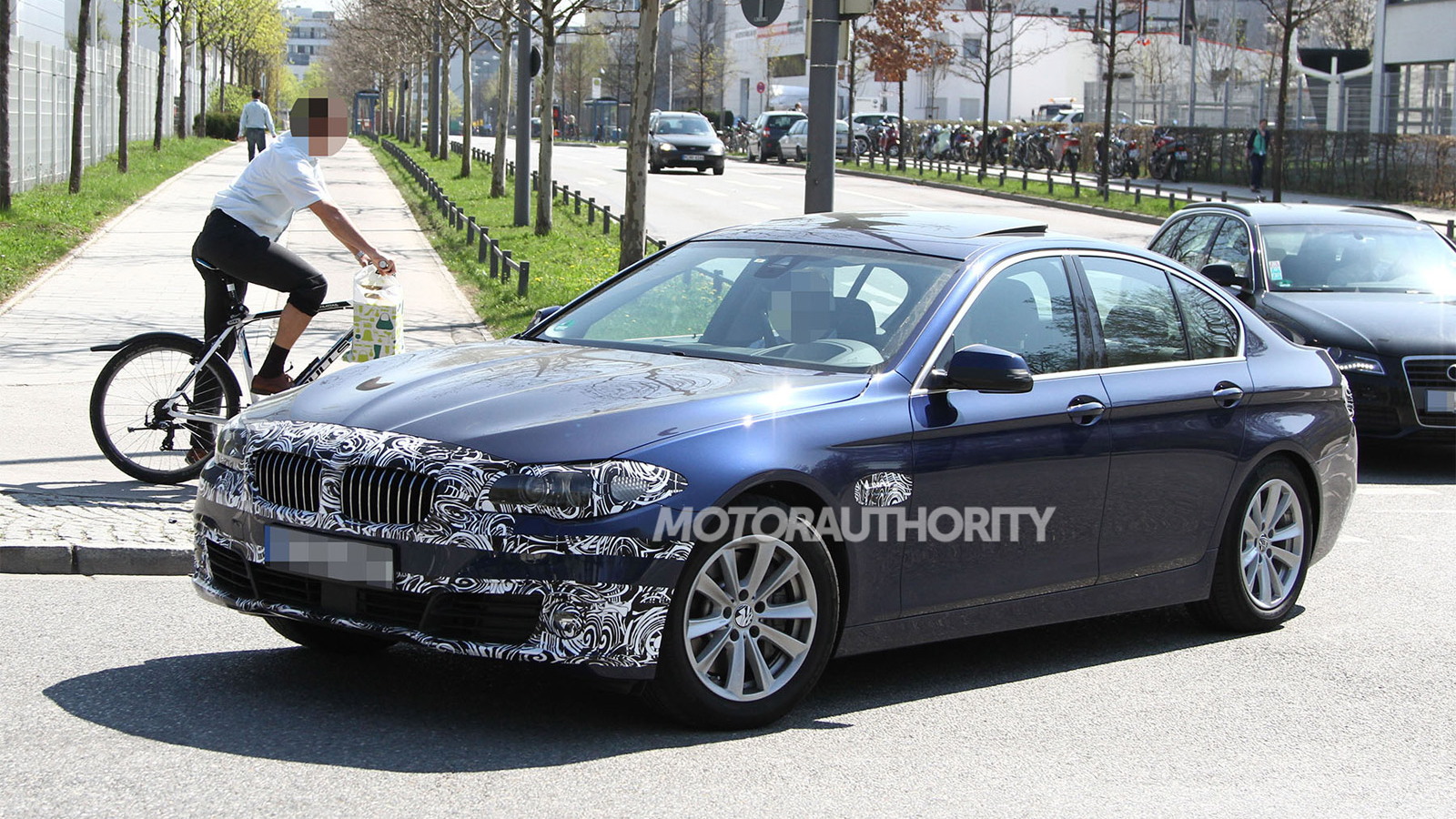 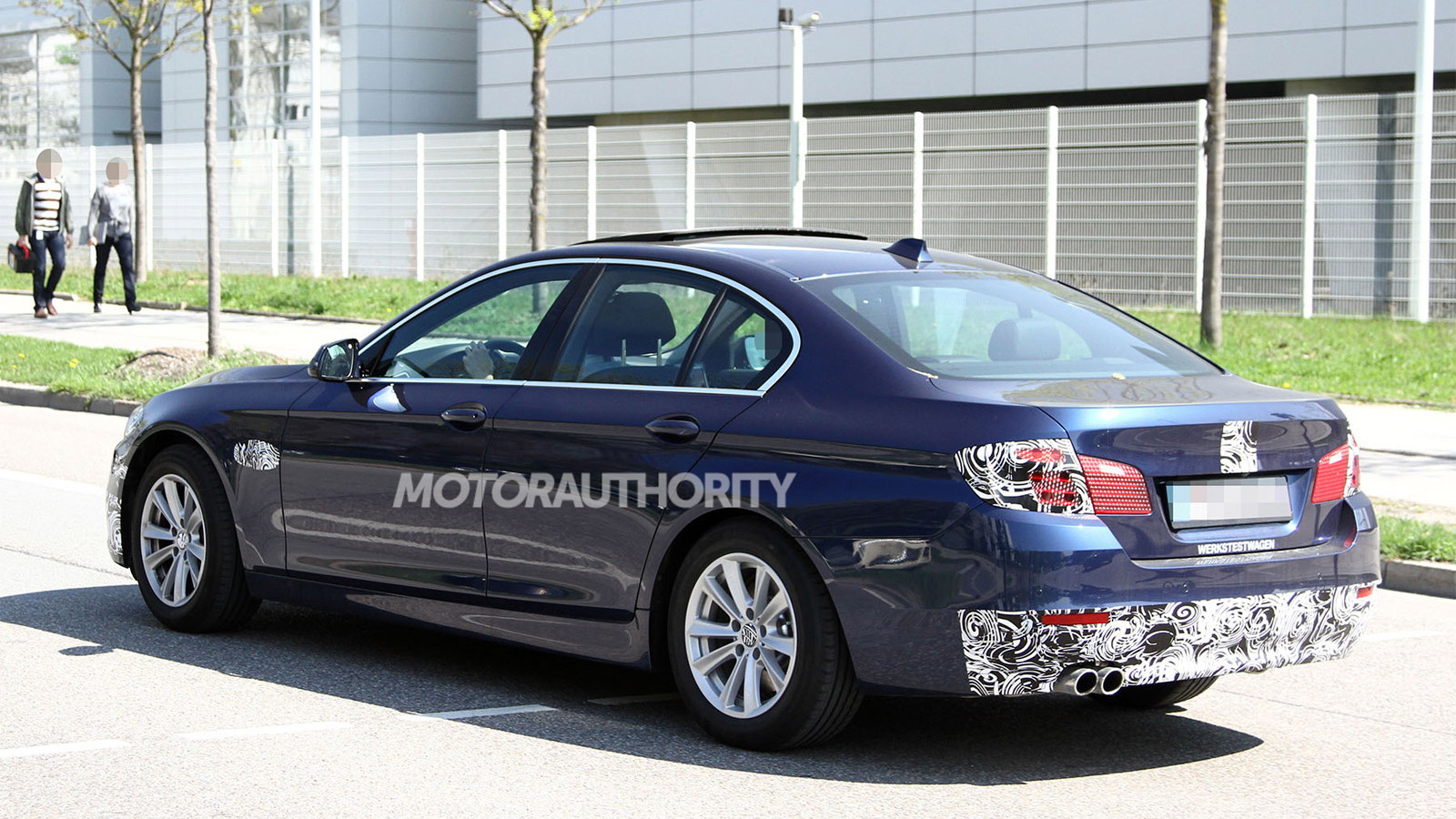 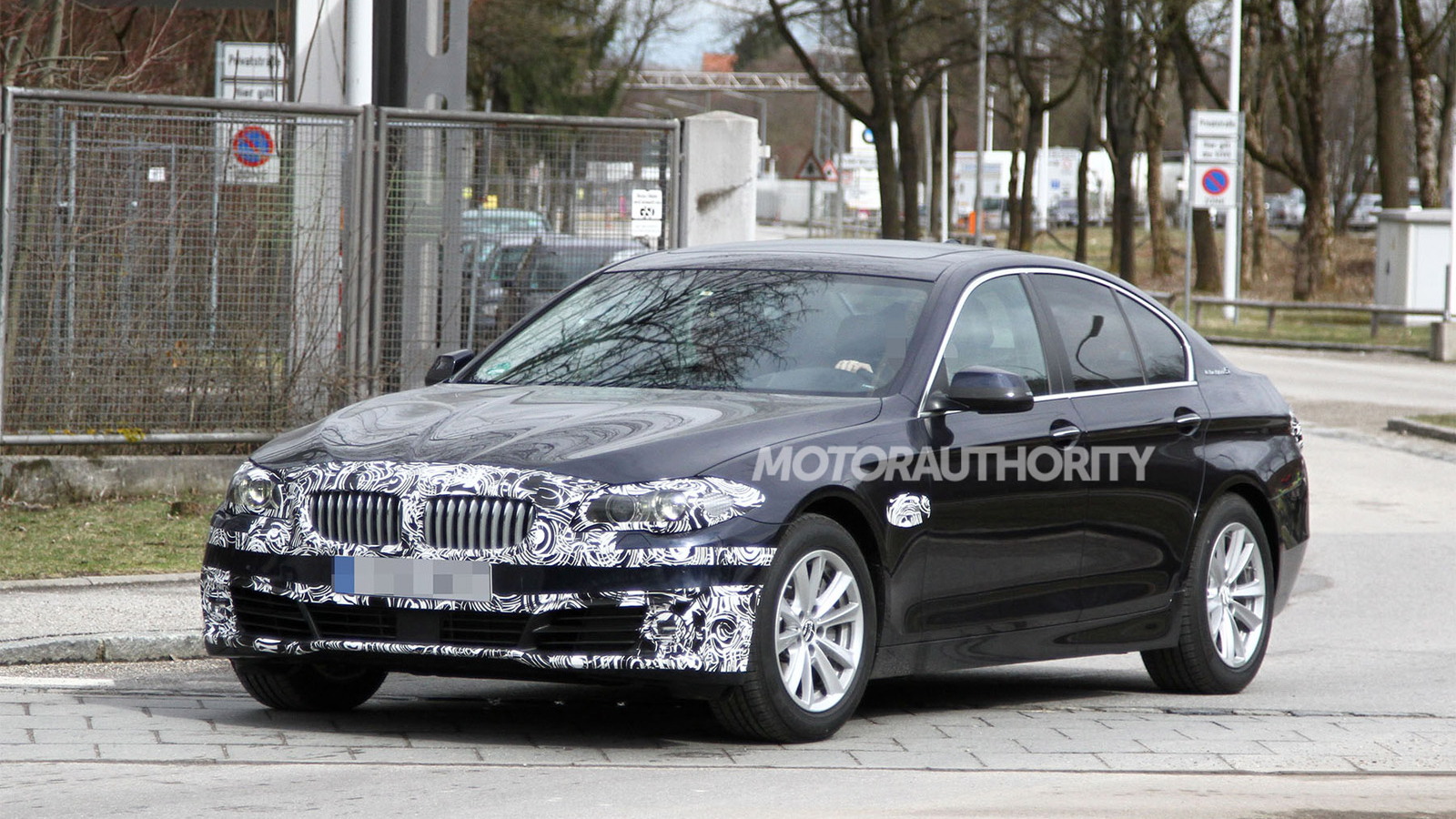 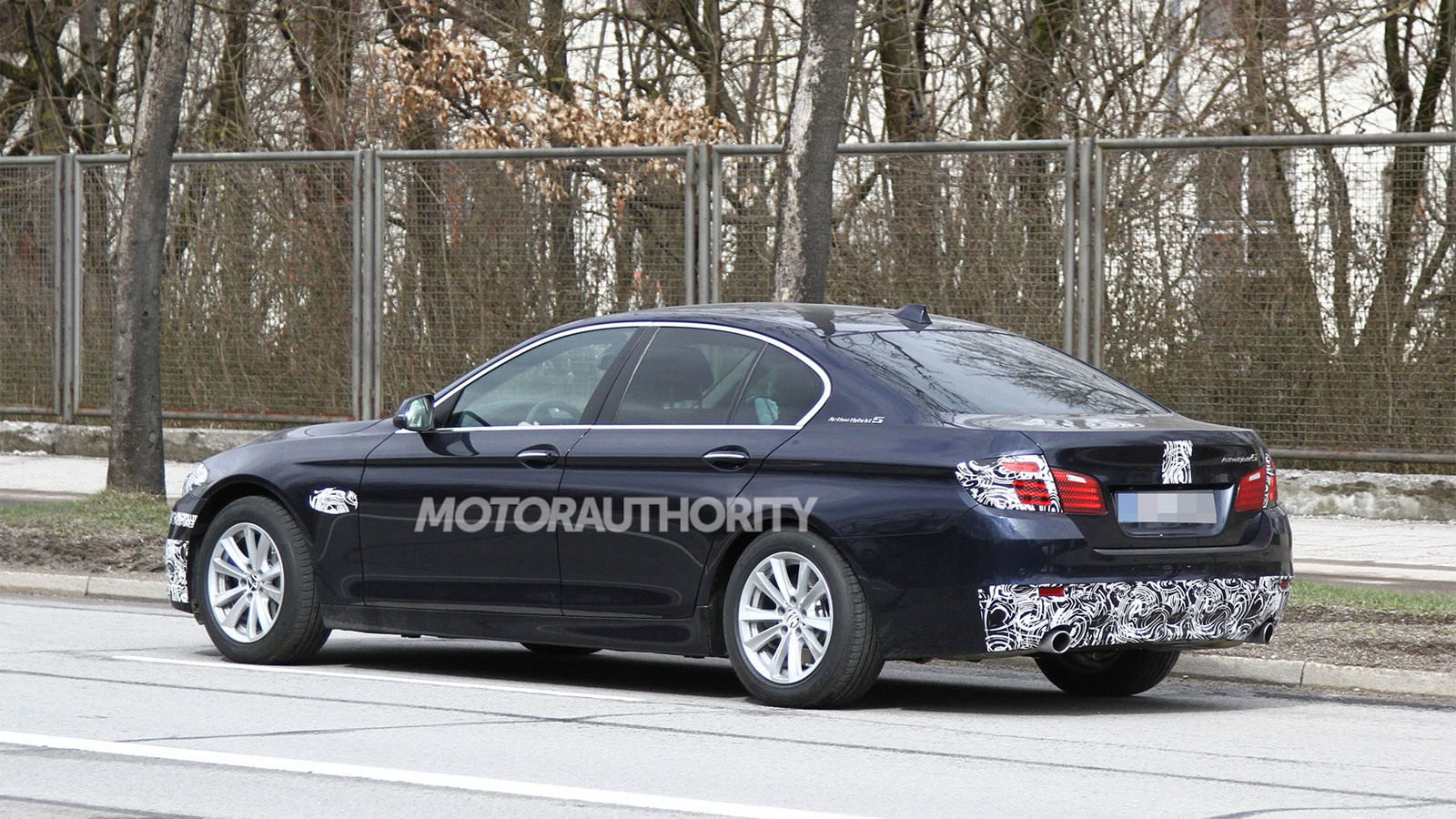 25
photos
The current generation of the BMW 5-Series was first introduced for the 2011 model year, so in BMW tradition a facelifted model should be expected around the 2014 model year.

Right on cue, prototypes for this facelifted model have been spotted, revealing a number of elements we can expect on the future 5-Series.

As this is only a mid-cycle update, the changes to the car will be minimal, with the biggest departure being new bumper and light designs.

Up front we can see the LED daytime running lights of the headlights feature a squarer design than the units on the current model, while at the rear the taillights feature more pronounced reflectors. The rear bumper and integrated exhaust tips also appear to be adopting a look similar to what we saw on the latest 2013 BMW 7-Series.

It’s still too early to determine whether any significant changes will be made to the mechanical package of the 2014 BMW 5-Series, though it’s possible the current engine lineup will be refined to deliver more power and improved economy. Currently, the 528i delivers 240 horsepower, the 535i puts out 300 horsepower and the 550i offers 400 horsepower.

Look out for the reveal of the 2014 BMW 5-Series later this year. Note, we've also seen similar updates on prototypes for the 5-Series Gran Turismo and high-performance M5, and we're likely to see them on the ActiveHybrid 5 as well.