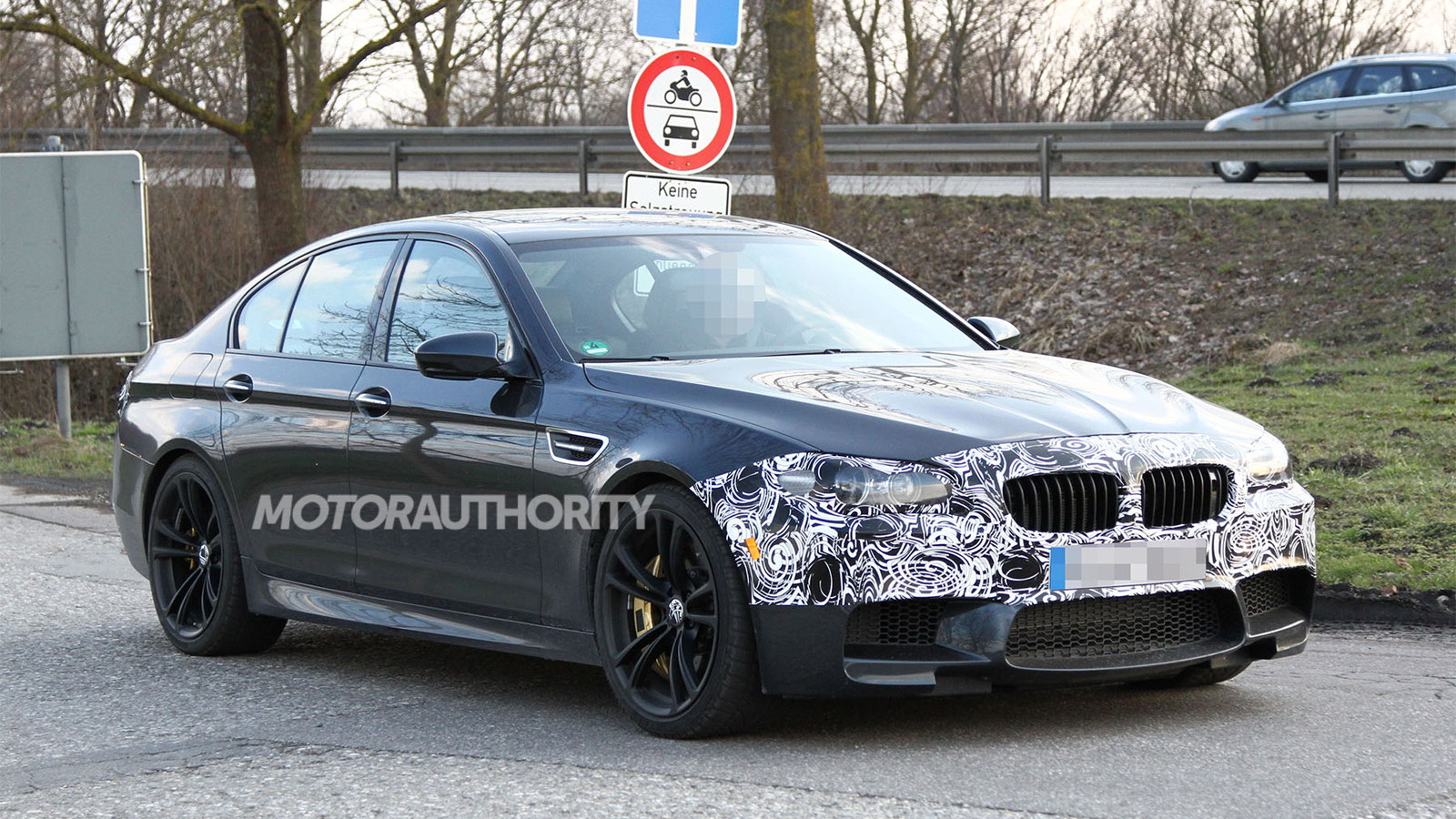 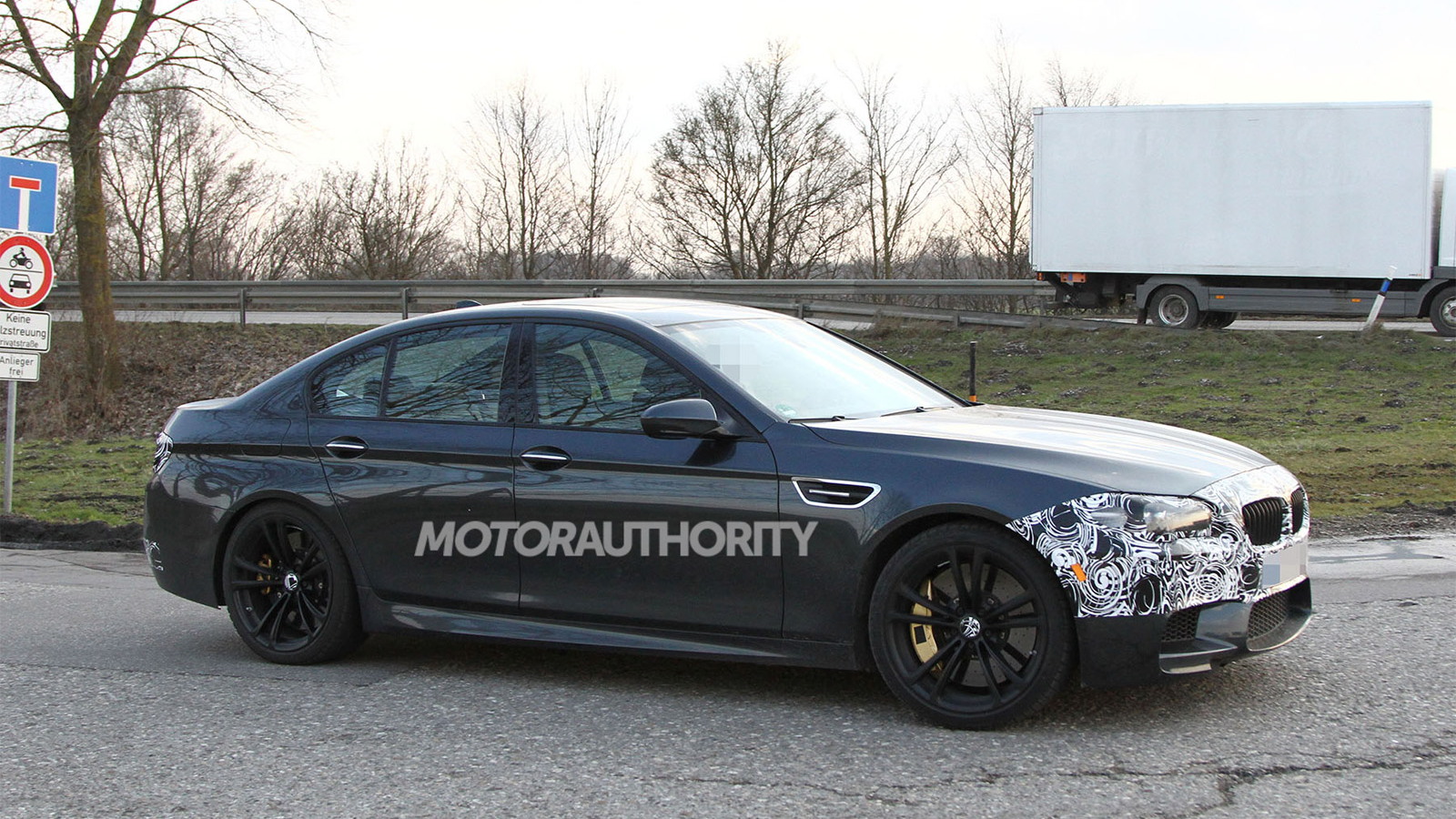 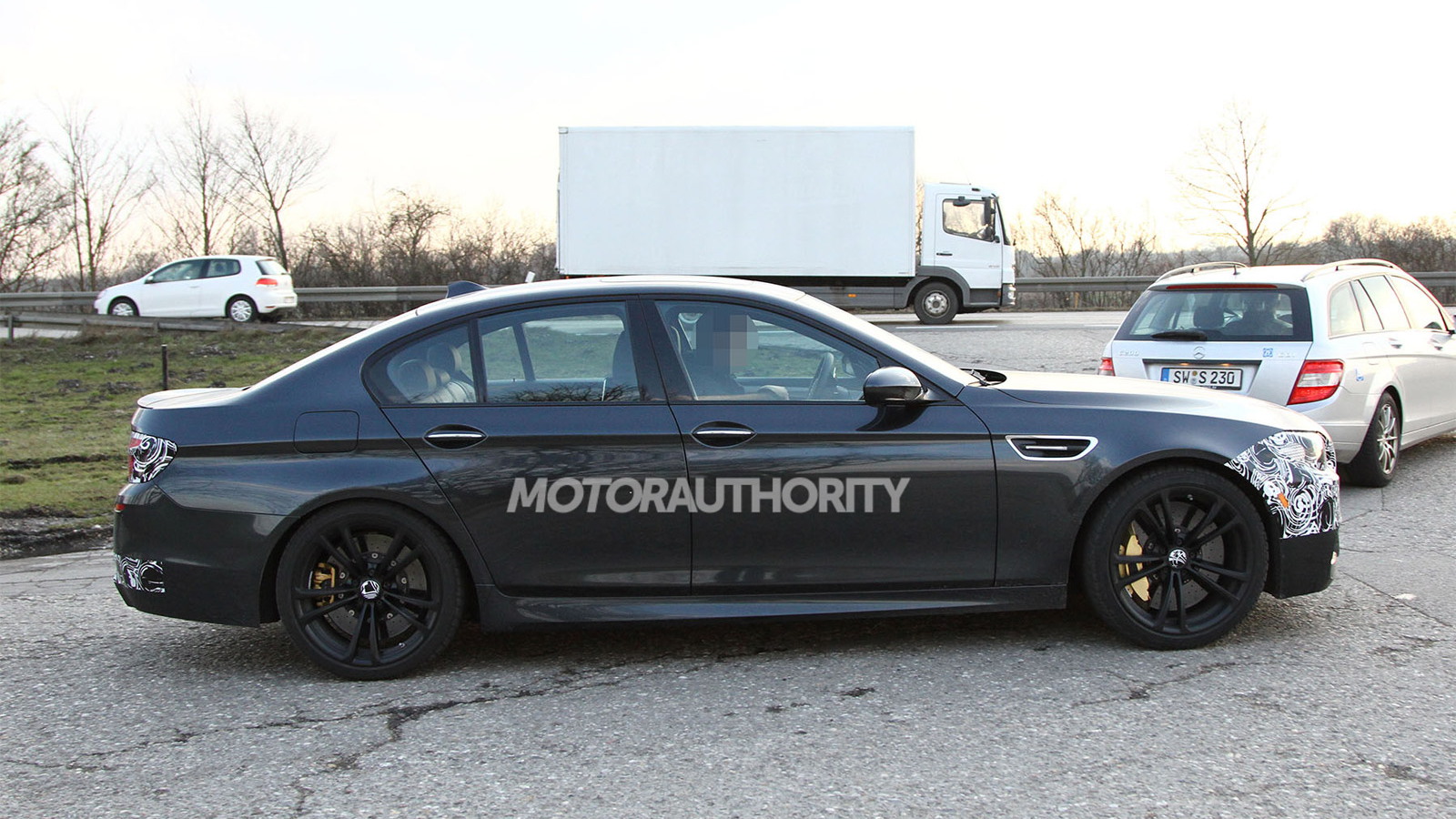 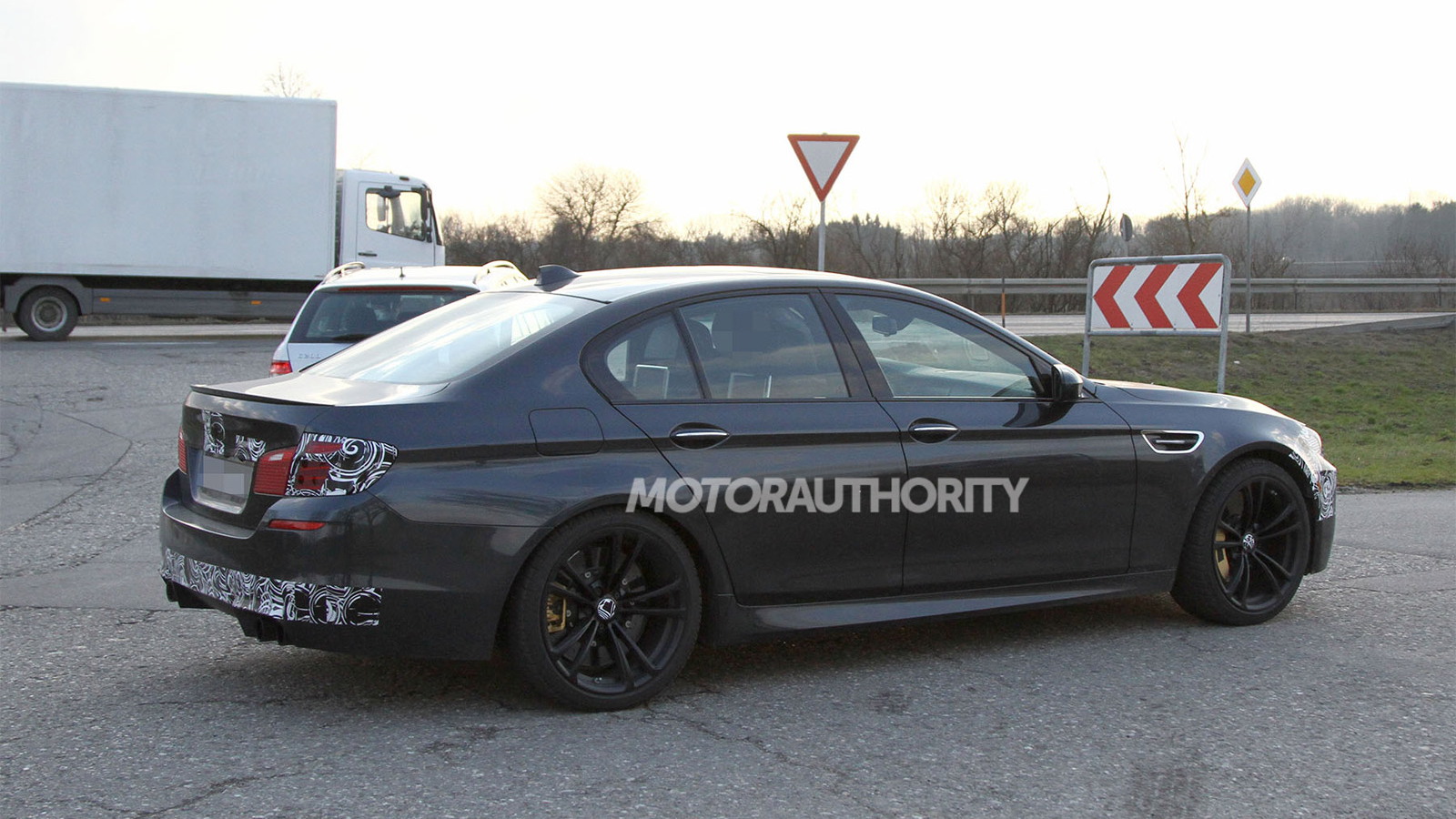 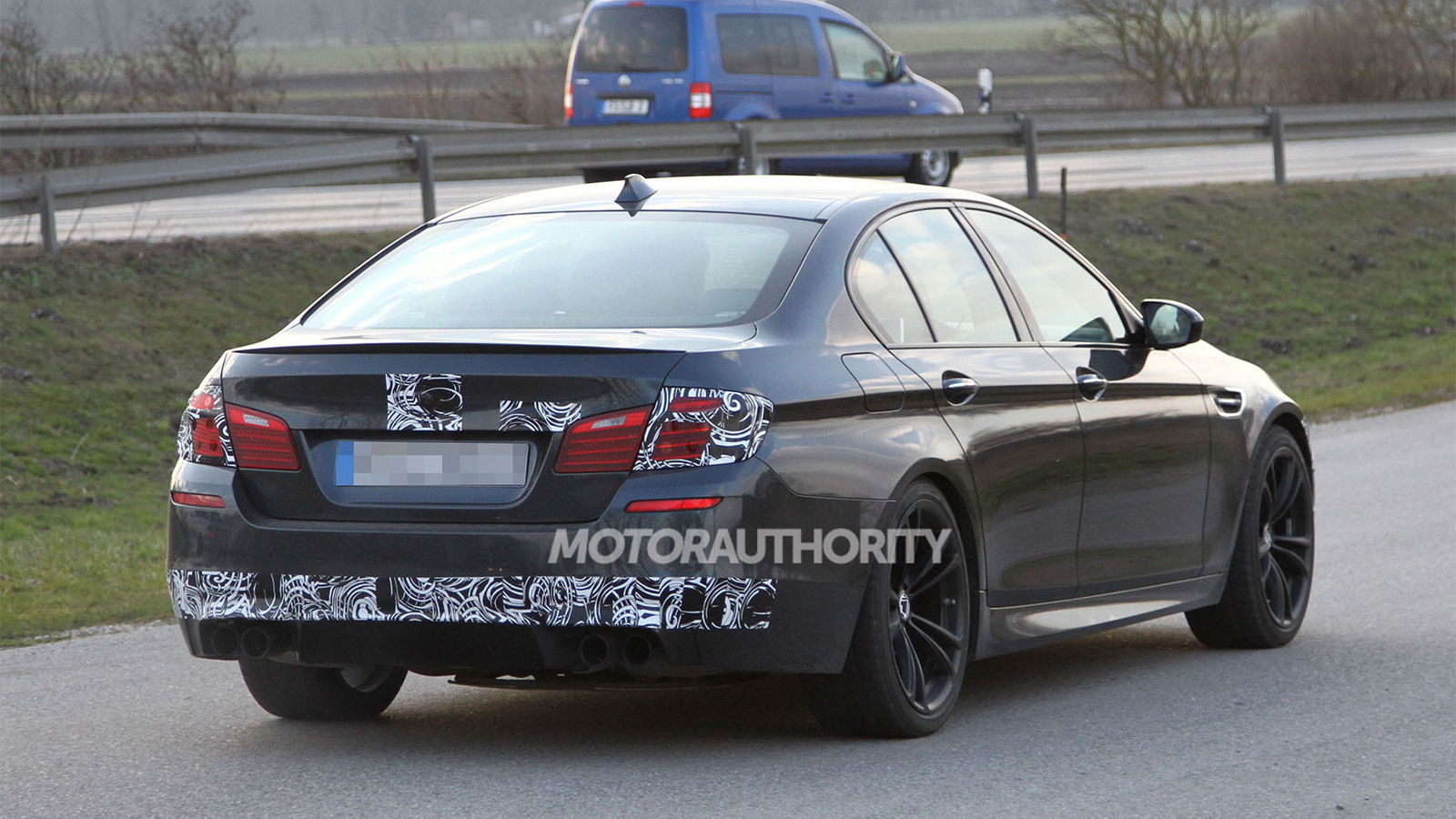 12
photos
With prototypes for facelifted versions of the 5-Series sedan and 5-Series Touring wagon already out and about, it was only a matter of time until we saw a facelifted M5 prototype.

These are our first spy shots of the facelifted M5, which we expect to be launched on the market later this year but as a 2014 model.

The updated versions of the regular 5-Series should arrive around the same time.

Given the success of the current M5, we’re unlikely to see any dramatic changes introduced for this mid-cycle update.

BMW M won’t follow AMG’s strategy of switching all its cars to all-wheel drive, which means the M5 will be sticking with good ol’ rear-wheel drive for the time being. BMW has its M Performance range for that, anyhow.

What we could see, however, is more power for the M5, especially since the latest 2014 Mercedes-Benz E63 AMG, which we recently drove, is offering as much as 577 horsepower in S Model trim and a 0-60 time of just 3.5 seconds.

Extra power in the M5 would likely be generated via mild tuning of the car’s twin-turbocharged and direct-injected 4.4-liter V-8. The current model develops 560 horsepower and 502 pound-feet of torque, which helps it accelerate to 60 mph in 4.4 seconds when equipped with the M-DCT dual-clutch transmission.

In terms of styling changes, there a few minor revisions that will be shared across the facelifted 5-Series range. These include tweaks to the lights, new chrome elements in the bumpers and new wheel patterns. We can see that many of these are masked on this prototype.

Stay tuned for updates as development of the 2014 BMW M5 progresses.