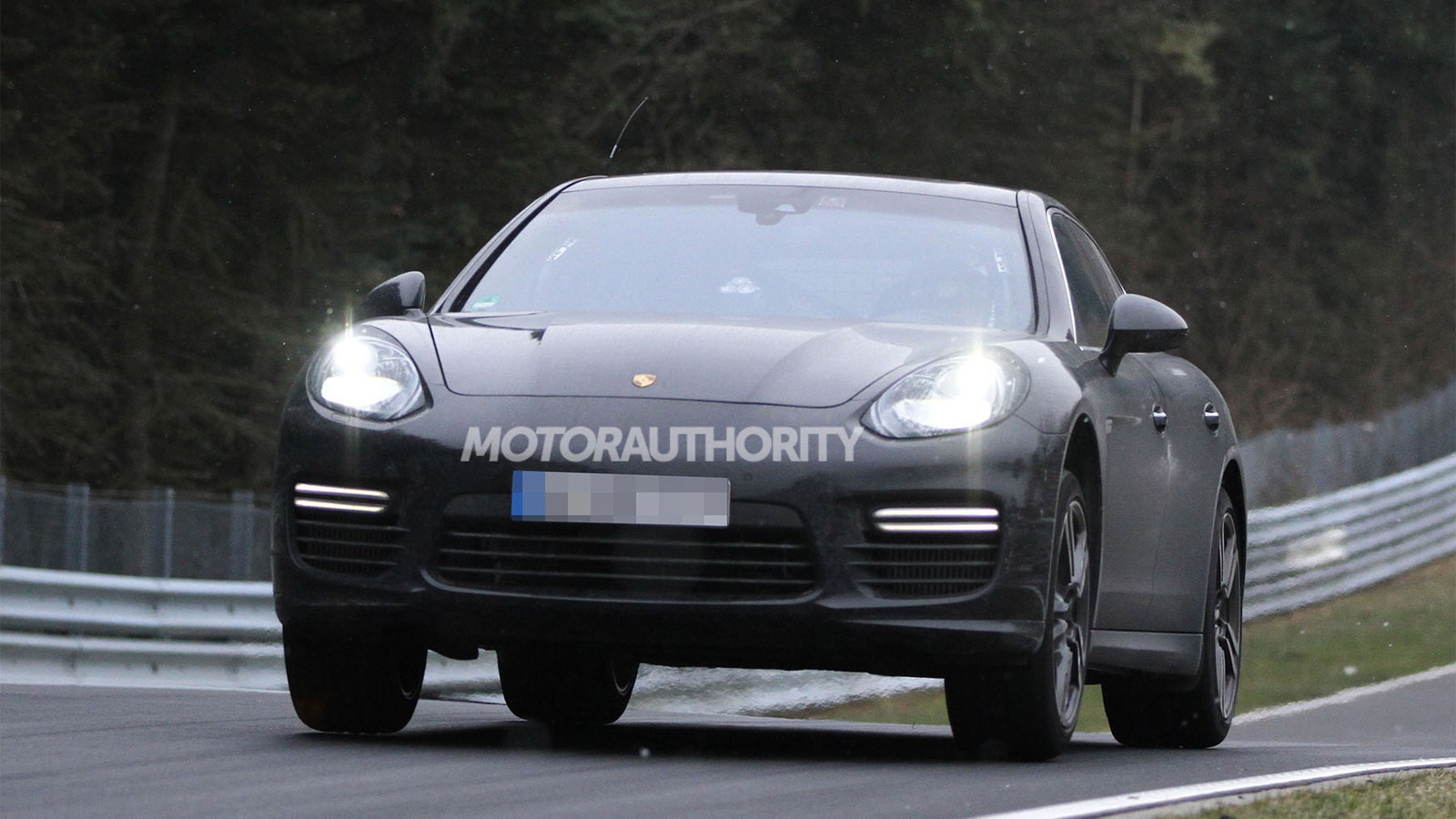 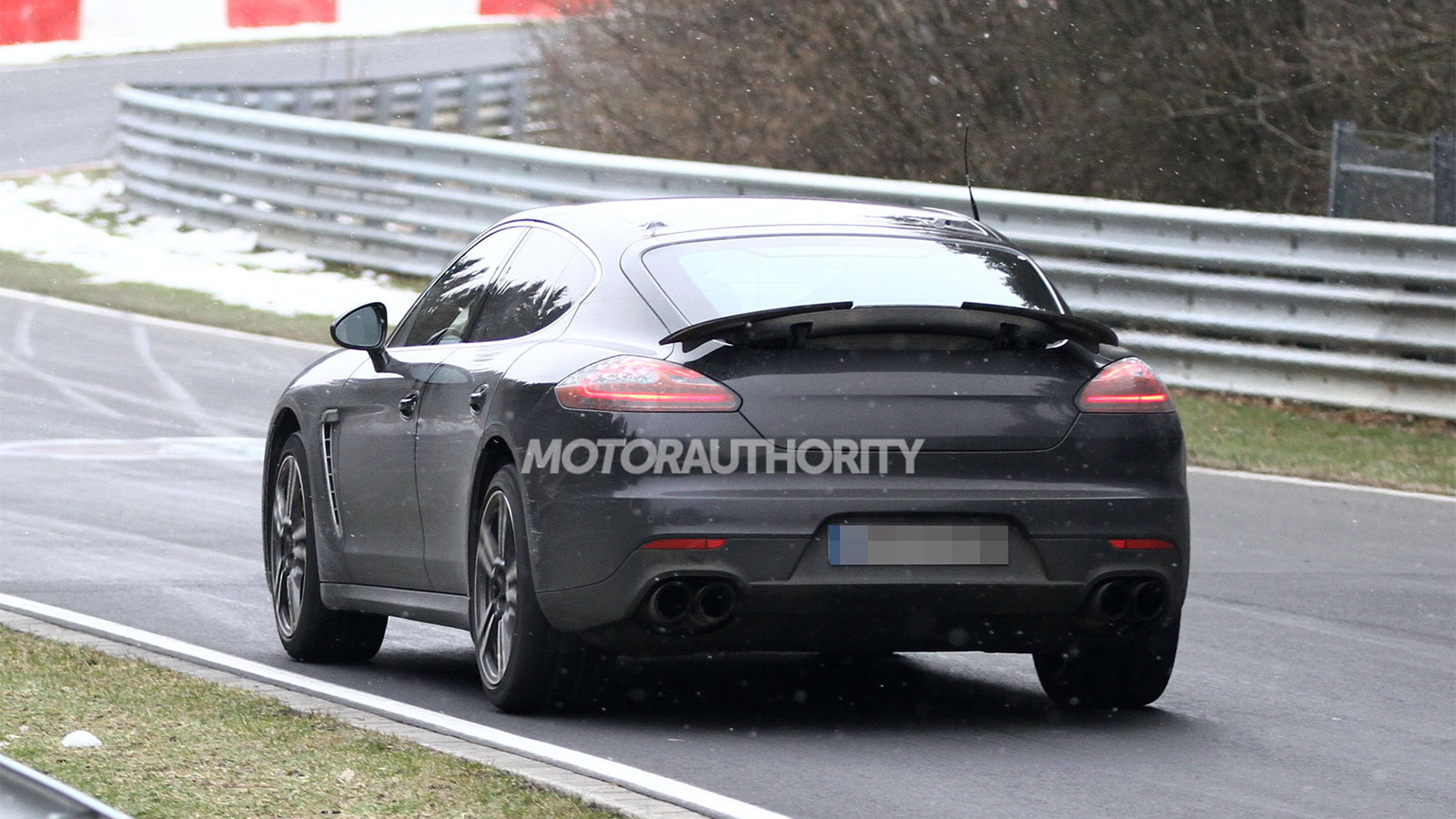 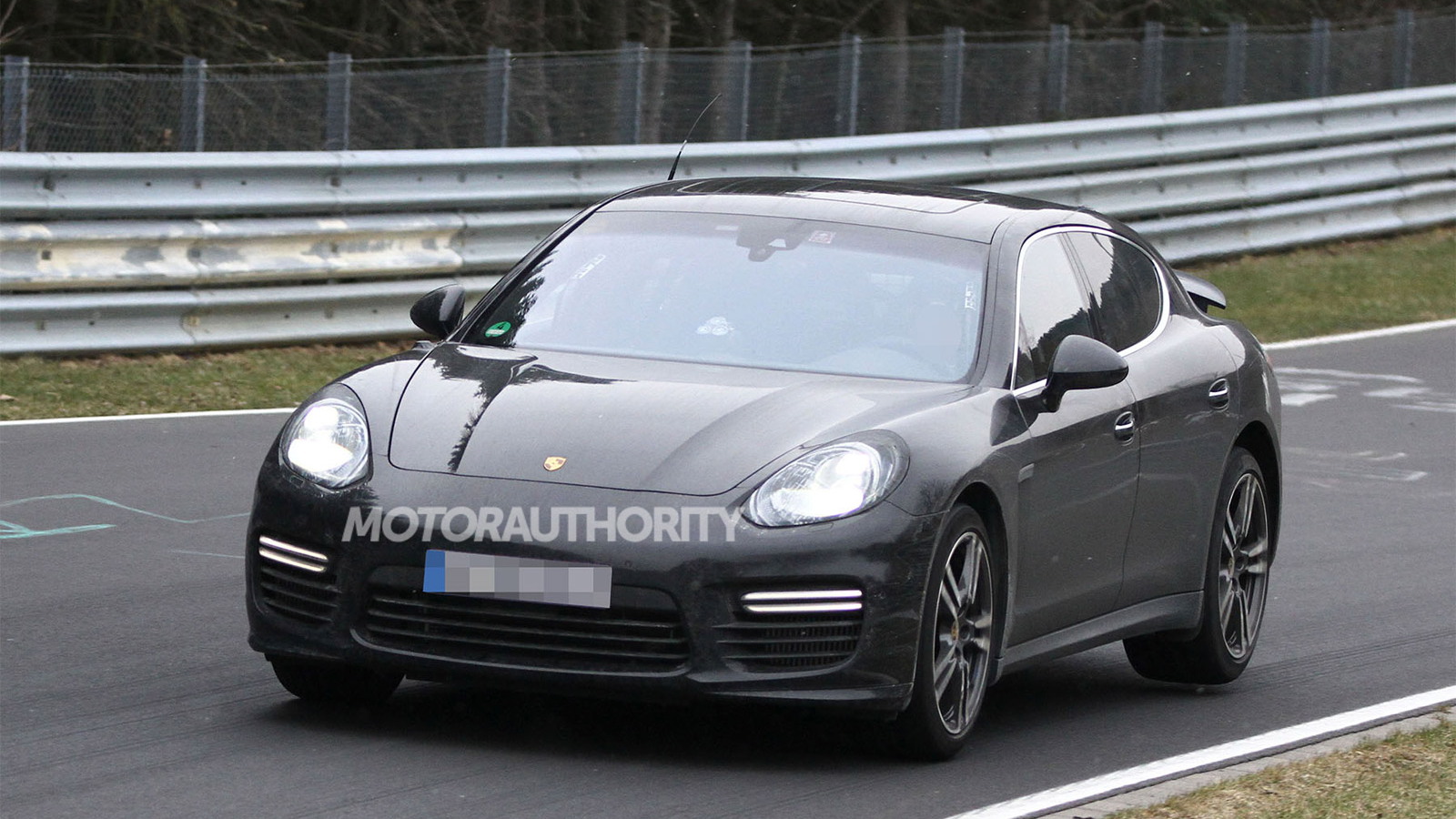 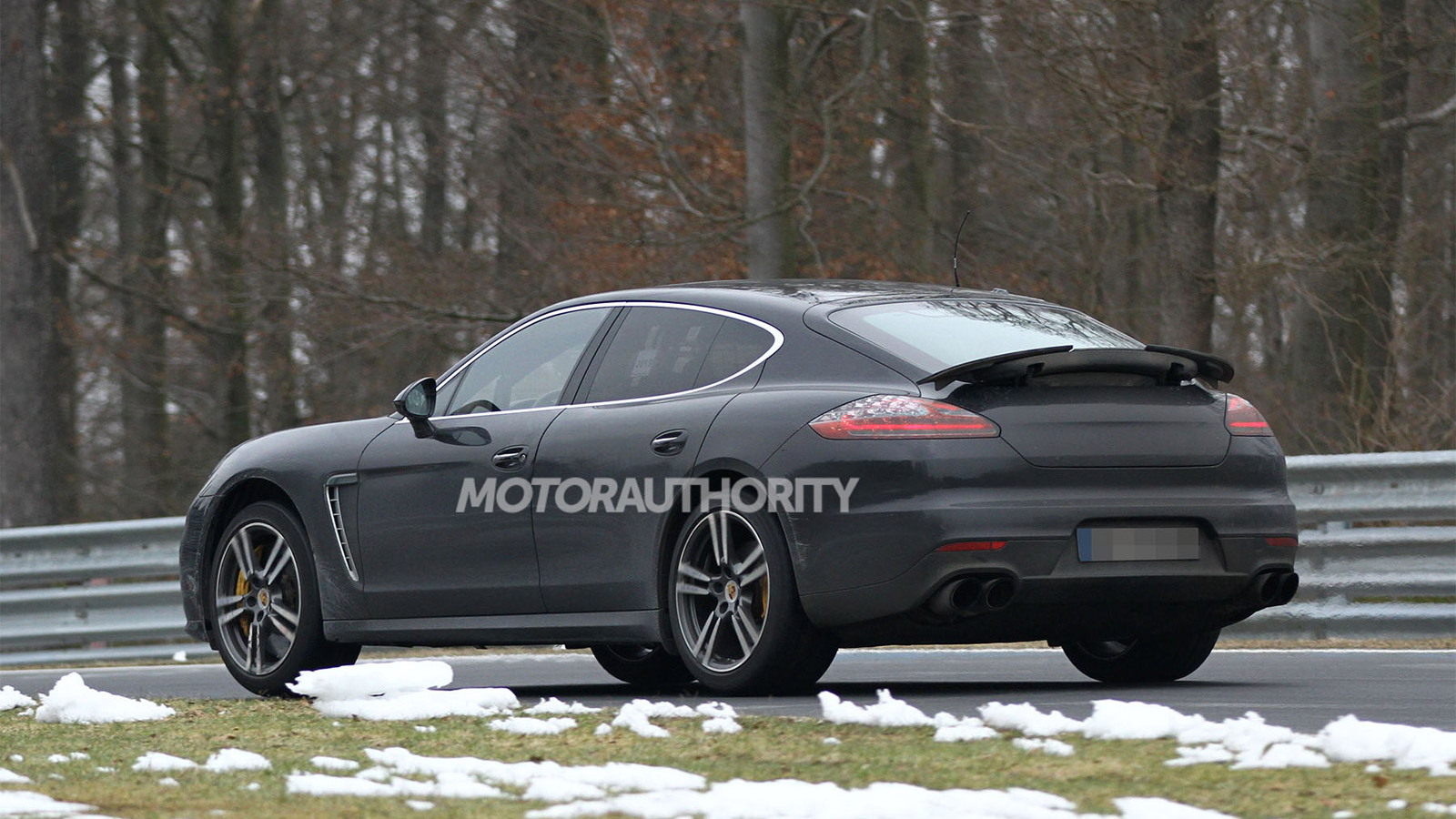 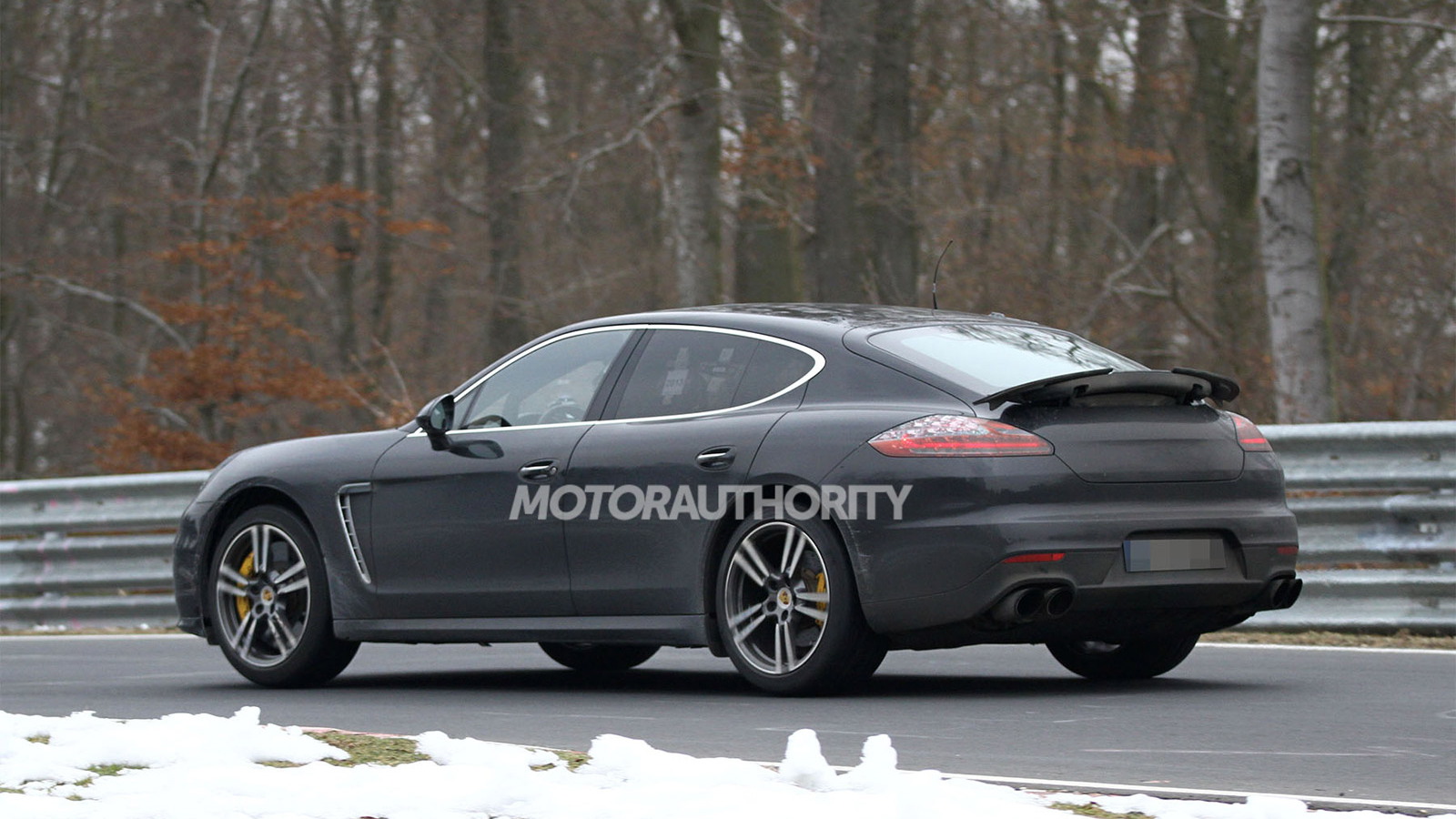 28
photos
UPDATE: The 2014 Porsche Panamera has been revealed. Click here for all the details.

When it made its debut at the Shanghai Auto Show in 2009, many were critical of the Porsche Panamera's looks.

It continues to have its detractors, but most have come to realize just how impressive the Panamera is in terms of performance, luxury, and utility.

Soon, Porsche's only sedan will be getting a mid-cycle update, and these are the latest spy shots of the changes.

First and foremost you'll notice that the changes aren't dramatic. Anyone hoping for the svelte lines of the Panamera Sport Turismo concept to cross over to the regular Panamera will have to wait until the next-generation of the car arrives.

Instead, Porsche will massage the front end of the current model for its facelift, tweaking the lighting and intake scoops, as well as gently reshaping the bumper. The latest shots also reveal that several changes will take place at the rear, with the tail-lights getting a look similar to that found on the latest Boxster and Cayman models.

One distinct new feature is the LED detailing in the headlights, which possibly could be full LED units. We can clearly see four main projectors, which are then surrounded by a ring of smaller units that result in a look similar to BMW’s Angel Eyes design.

Inside, Porsche is likely to be focusing on changes to the equipment and upholstery. Upgrading electronics and offering new materials and/or color combinations is likely to win more new buyers than a major redesign would.

It could be one of the reasons why prototypes of this mere facelifted Panamera have been testing on public roads for close to two years.

We'll keep you posted as Porsche continues its work to update the Panamera for the 2014 model year. A debut at the at the 2013 Shanghai Auto Show is expected.